Answers on a postcard please

Last week I was lying low, I guess the result of a slightly hectic week. And this week it all caught up, and I’ve been ill. Once I admit to it, I quite like being ill; not too ill mind you, just ill enough to be too ill to get up but not ill enough not to watch weird videos on you tube all day long. Tell me, for instance, that this didn’t put a tear in your eye:

Although I am not sure the Queen of Denmark should have been eating breath mints on television. That aside, it looks like a really nice Royal Wedding over there.

What?  Well, yes, the weird world of the internet. I told you I was ill.

Anyway, the long shadows draw across Dorset these afternoons, the sun barely rising above the hill across the valley from me. Great shafts of brilliant sunlight flood the house in the afternoon but quickly pass, and by 4 o clock it’s getting dark. 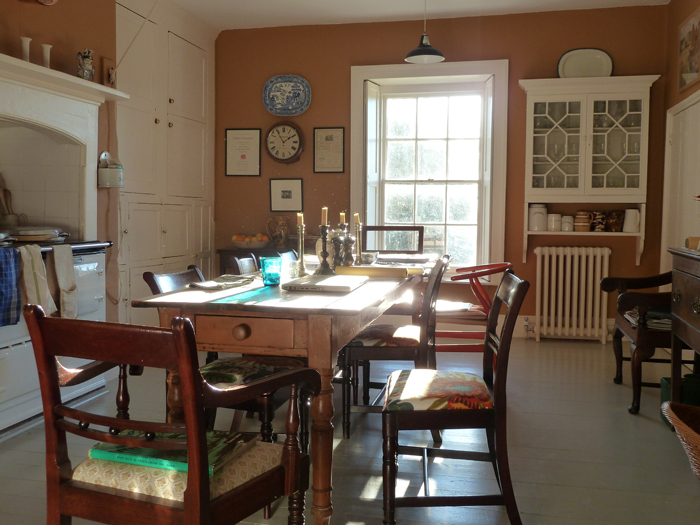 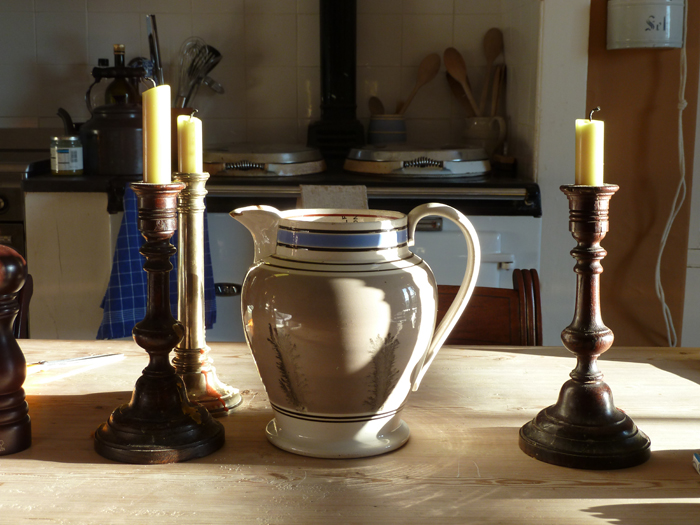 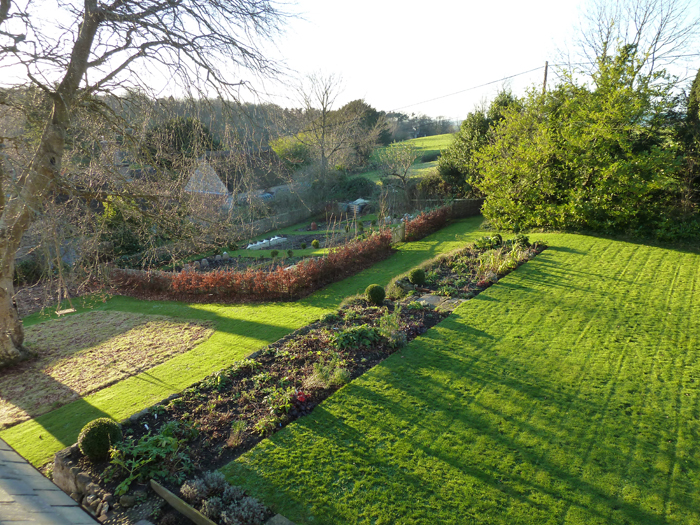 And so for 48 hours I lay in bed, and slept, and read (the first of the ‘Patrick Melrose’ novels by Edward St. Aubyn, given to me by my friend Alision, which I loved), and felt grateful for Radio 4, and even more grateful, at 3am, for the World Service, friend of insomniacs.

And I began to think about things; and what I really thought about, at first fleetingly, and then quite a bit, is that EMAIL IS A VIRUS THAT IS DESTROYING MY LIFE.

What prompted this thought? I guess one of the advantages of lying in bed, and cancelling meetings left right and centre, is that after the initial shock of doing nothing at all, you can sort of catch up on life a bit. As I say, I wasn’t really up to drawing anything, and I really wasn’t up to thinking about much. But, what’s left? When you’re too tired to think or do anything? That’s right, email.

And you realise, looking back, that there are 100s and 100s of unanswered emails and things on my list, and nothing better than to gently spend a couple of days culling, deleting, replying, clearing, following-up, chasing… but principally passing on (because I have realised that the primary role of email is – at the tap of a finger – to ask other people to do things for you…. ‘Hi CLive, could you just follow up on this for me? THAnks Ben.   Hey hey.. sorry you didn’t read my last email but i’ve just re-read it and I really must ask you to get onto this now…” or the fatal FATAL reply ‘Dear X, thanks – agreed – let me have a look at this as soon as possible and I will get back to you’.  DO YOU EVER GET BACK? No, you’re too busy quickly letting yourself have a look at the next email, and the next one, and the next one. And there just isn’t time to get back; you’re so busy telling everyone that you are going to get back just as soon as you’ve had a look.)

So I did a bit of that.  I really did. I cleared the decks. Then I even thought of all the things I’ve been meaning to think about for for ages, and fired them all off, to friends, or people I work with, saying “DID YOU THINK OF THIS” or ‘shall we look at that?’. A few poor clients bore the brunt of it “WHAT ABOUT THIS FOR THE LIGHTING IN THE GREENHOUSE??”  It took two days, and everything on my list was nearly (almost, not quite) crossed off. For an hour. I could relax. I didn’t even feel so ill.

I decided to watch a film on Friday evening…. the superb Diana Vreeland The Eye Has to Travel, which I cannot recommend enough. 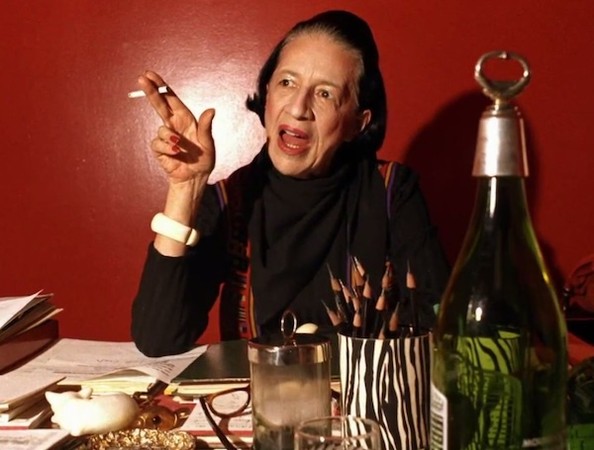 The film, lasts, I guess, for an hour and a half. I had supper and a glass of wine in bed (another bliss about being ill; eating every meal in bed) and enjoyed every last moment of DV on tape – a revelation.

And guess what, when it was finished. I had 20 new emails in my inbox.  ON A FRIDAY NIGHT!!! Who are you people, without families, or friends, or a life, that you get home on Friday evening and carry on emailing until 11pm?  I’m single, and a workaholic, and a company owner, but what are you all doing?!?  I know you have wives and husbands and children. I know it’s not your own business. You just work for the guy. And you’re paid to work from 9 until 6. So why do we all do it?  Because we can’t relax until we’ve cleaned those Augean stables.  And there is no known river (I’m afraid I can’t remember the name) to do the job for us. So Friday evening or Saturday morning in the whole of Britain is now all about ANSWERING UNOPENED EMAILS.

The problem is, that like another classical story, the more we try and deal with email, the more email we generate. Each time you think you’ve replied, you just create more, and more, and more replies and responses. Looks familiar? 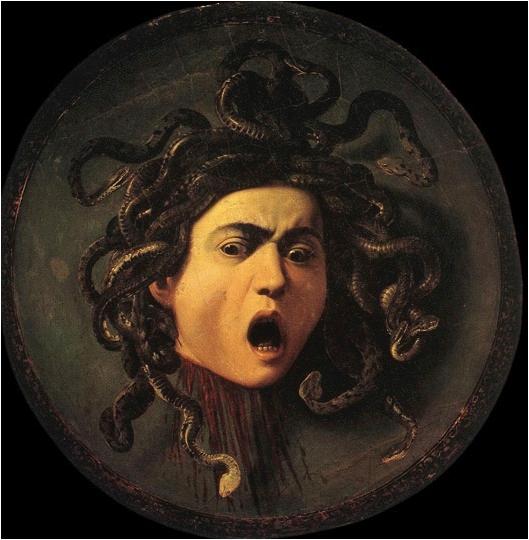 I want my life back.

I was thinking, as I was lying there, how it was when I first started working, for the architect Charles Morris, a little under twenty years ago. I would get in from a day on site. The next day I would dictate the meeting notes onto a little tape which I would pop on the secretary’s desk.  I would normally have  to wait a day or two for the notes to be typed, and then I would check them, and corrections be made, and meanwhile I would be batching up all the necessary paperwork, and completing drawings required on site, and at the end of the week I would send out duplicate copies to the client, the builder and the engineer. Charles used to insist we sent everything second class. If you needed to use first class post, you weren’t thinking far enough ahead. (okay, I agree, that is a bit eccentric).

So a few days later, this weighty batch of papers would arrive on the desk of the recipient. Guess what! They would open them, the would read them, and they would digest. I guess on an average day if you were a very very busy person, you might receive 10 letters? Even 20. Goodness, even the Prime Minister probably only got 200 letters a day. Some were urgent, others less so. And it was a fairly simple task to deal with all your correspondence in a couple of hours, make a few phone calls, and by 11am it was time to start drawing.

What has gone wrong?  Why is it that I regularly get over 100 emails a day, when before email there was no way I got a 100 letters and phone calls. It’s become so easy to contact people that we can’t stop. We’re addicted.  And they are addicted to replying.  And because it’s so easy to get in touch – easier to type, of course, than to pick up the phone, or, like, when did you last handle an envelope… eeuuughh… because it is so easy – the importance of what we are sending has gone down the tube.  And, moreover, what I have realised is that in all this – I seem to get absolutely nothing useful done.  Useless information, shoving around the globe. I spend my entire day corresponding. And it’s a ceaseless battle zone out there. Day and night, we are all war correspondents.

Admittedly, Charles used to start work at 6 o clock some mornings in the summer, and would often stay pretty late. But goodness, what a lot of actual work he would get done.

The architect Lutyens, I heard, never had a phone in his office for his entire career (is this true? You might know). You had to write, or telegram, or think of some other way to get in touch. Not a very good way to drum up trade, one imagines, although I don’t know if there was any architect in the 20th century with as prodigious an output.

What shall I do? Dump my blackberry?  Get Don, our IT guru, to institute a 24 hour delay before your email lands in my in box, and a further 24 hour delay before my reply is sent? Would that slow it all down?  Or should I close down the internet in our office after 11am every day?  No more email, no more internet browsing. Perhaps another 20 minutes after lunch for good measure. Refuse to answer any emails at all?  That would be rude. Or just stop sending email; start writing letters, or pick up the phone?

What do you think?  Seriously… I must take action.

Answers on a postcard please – written by hand, and addressed to me, at 49 Lambs Conduit Street. 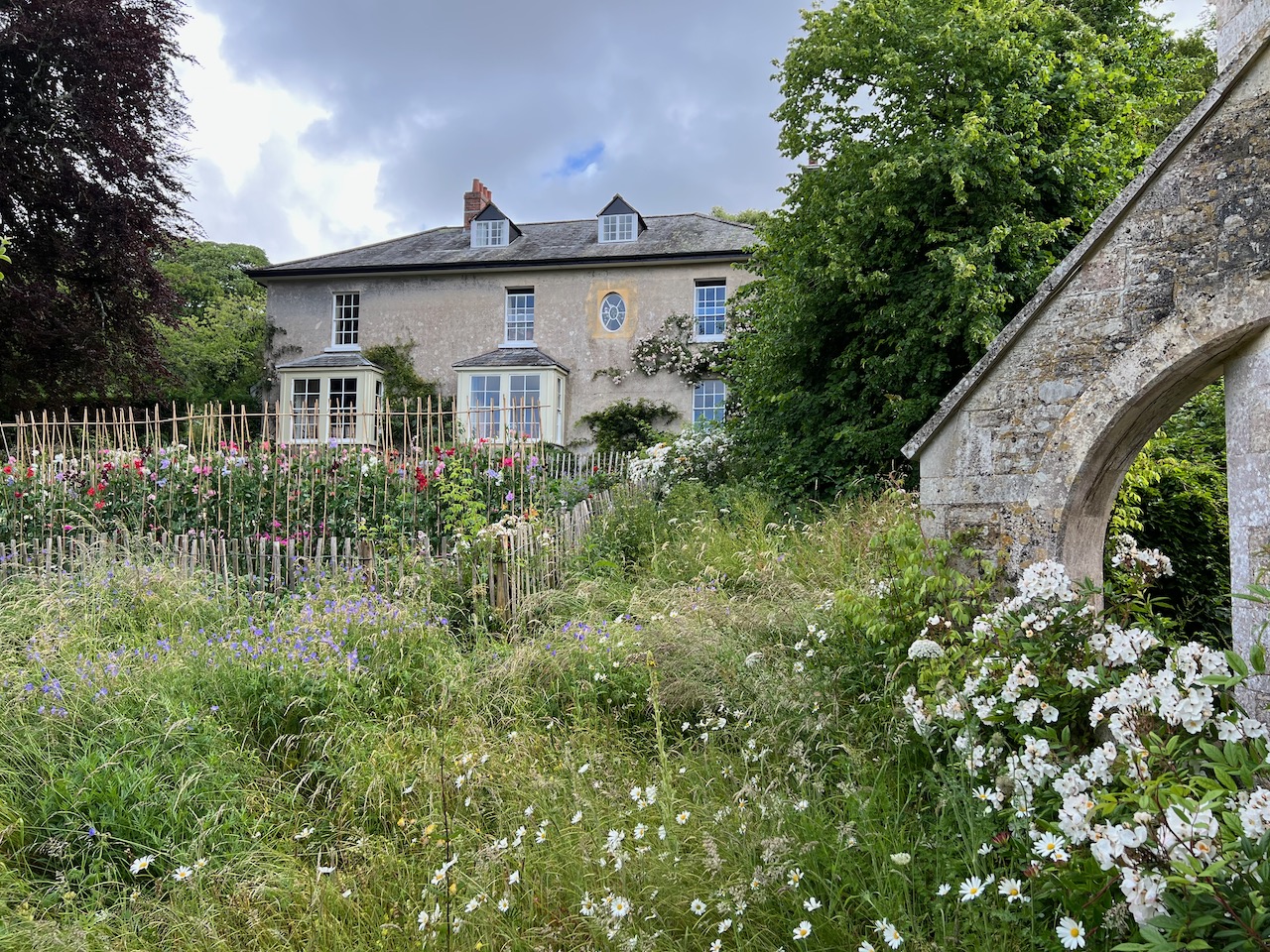