I’m writing on what has officially been labelled, by people who label things, as the most depressing day of the year. In fact it was a beautiful day in London, soft hazy light, sunshine, cold January air – the best kind of day. I think if you want to avoid getting depressed, it’s probably sensible to turn off the radio and avoid the papers, and to reflect just for a moment on that amazing sense we get this week (as opposed to last week or the week before that) of the year about to burst into life.

You’ve got to savour that moment for a long time to come of course. My friend Kim Wilkie was the one who first told me that winter can often feel like its over on one of those beautiful sunny January days, but it’s in March when it’s pouring with rain and freezing cold and there still isn’t a leaf to be seen on a single twig that you realise what we mean by false dawns. However, just this week, you can enjoy for the first time in the year, the sense of what’s next – and of a beginning, not an ending. It is, after all, this week that we also suddenly step outside at 4.30 in the afternoon and think ‘my god, it’s still daylight, how amazing’, and the dark days of December seem already distant.

It’s been a beautiful weekend in Dorset.  Well, officially, a beautiful Sunday.  Saturday saw lashing rain and freezing wind in amongst the sunshine. We had our friends Skye and Anthony for the weekend.

On Friday, walking the dogs, there was one brilliant early ray of sunlight that lit the trees and earth to gold. 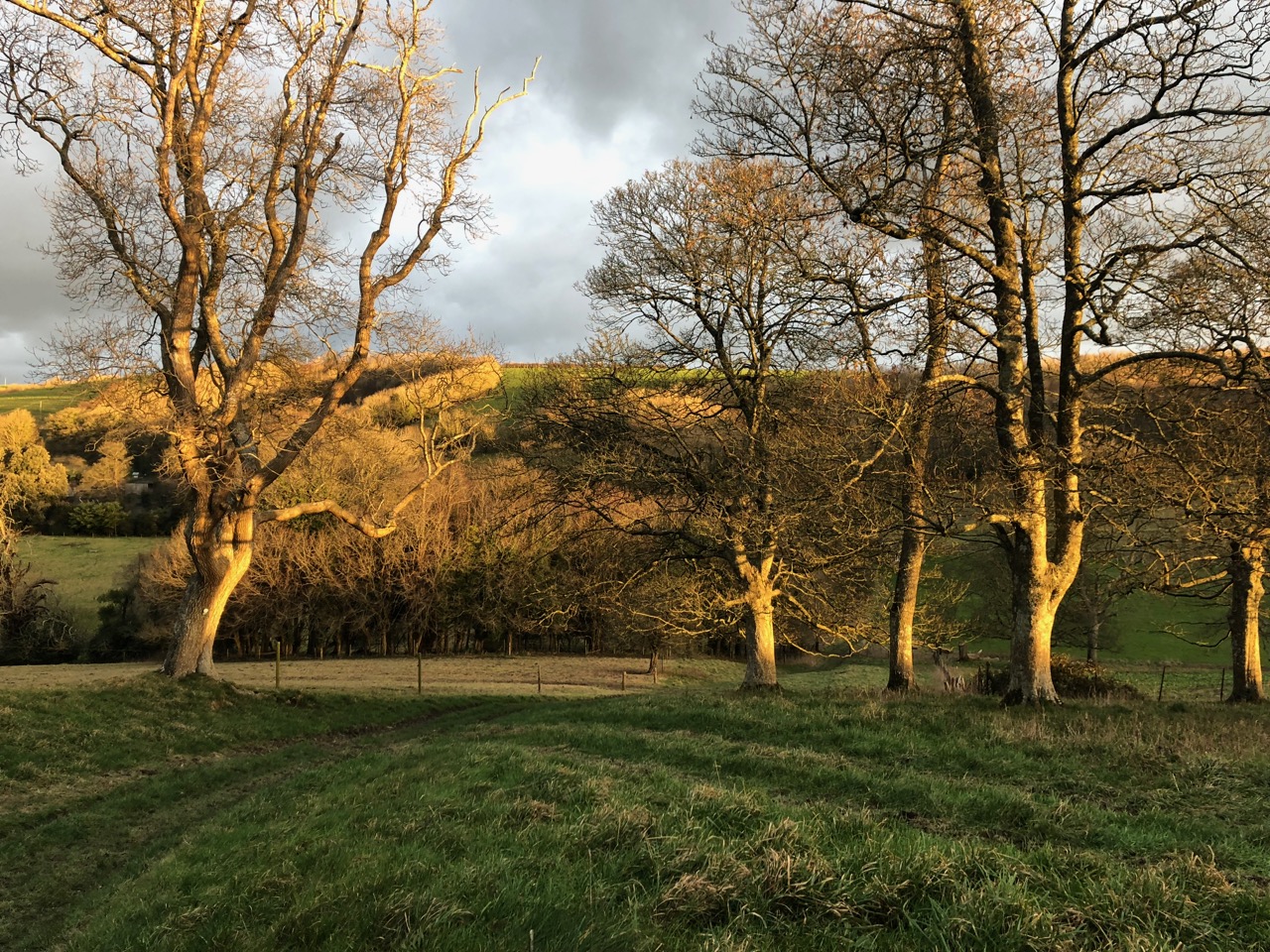 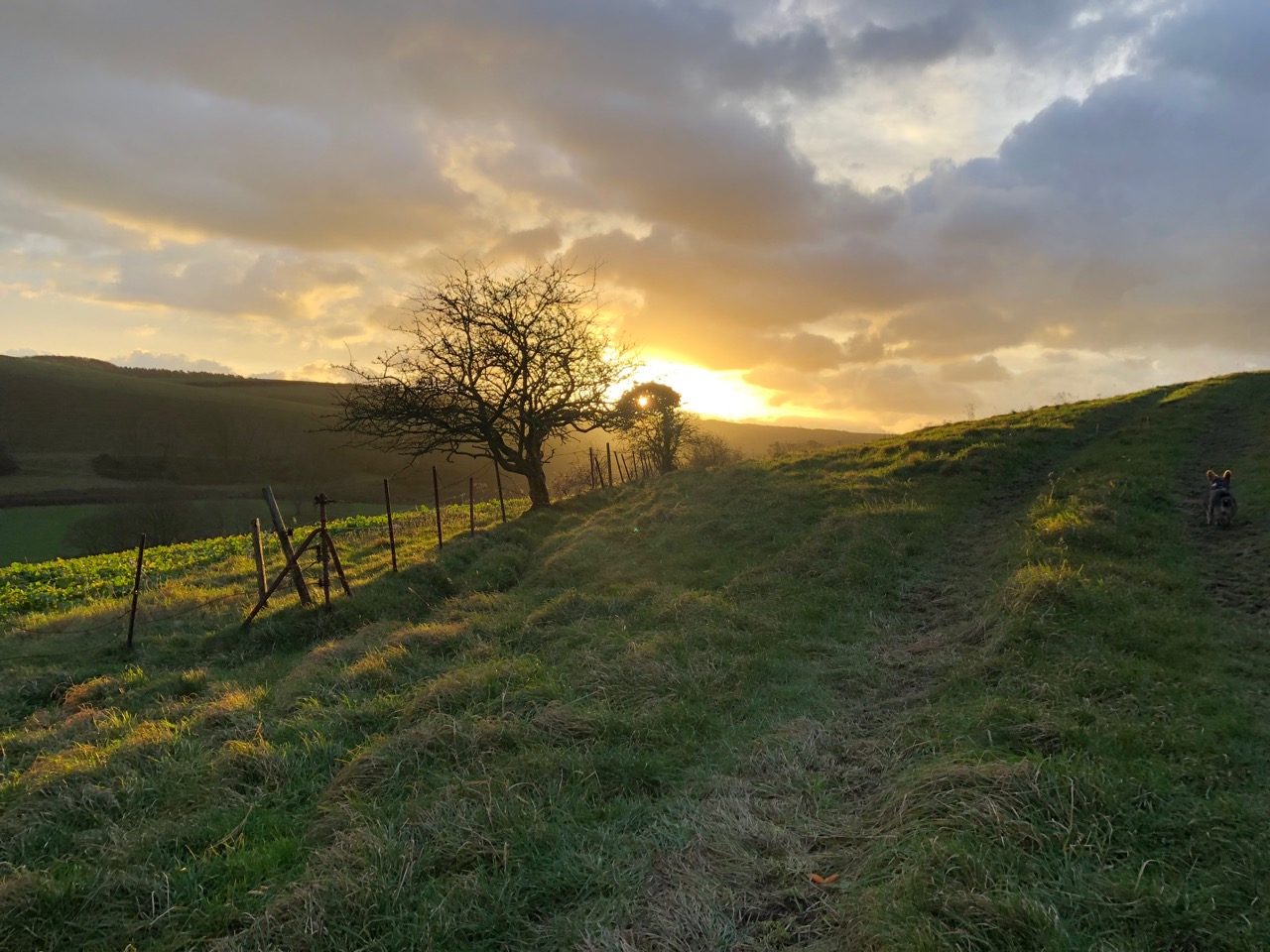 (did you spot Sibyl in that photo? – far right, middle). 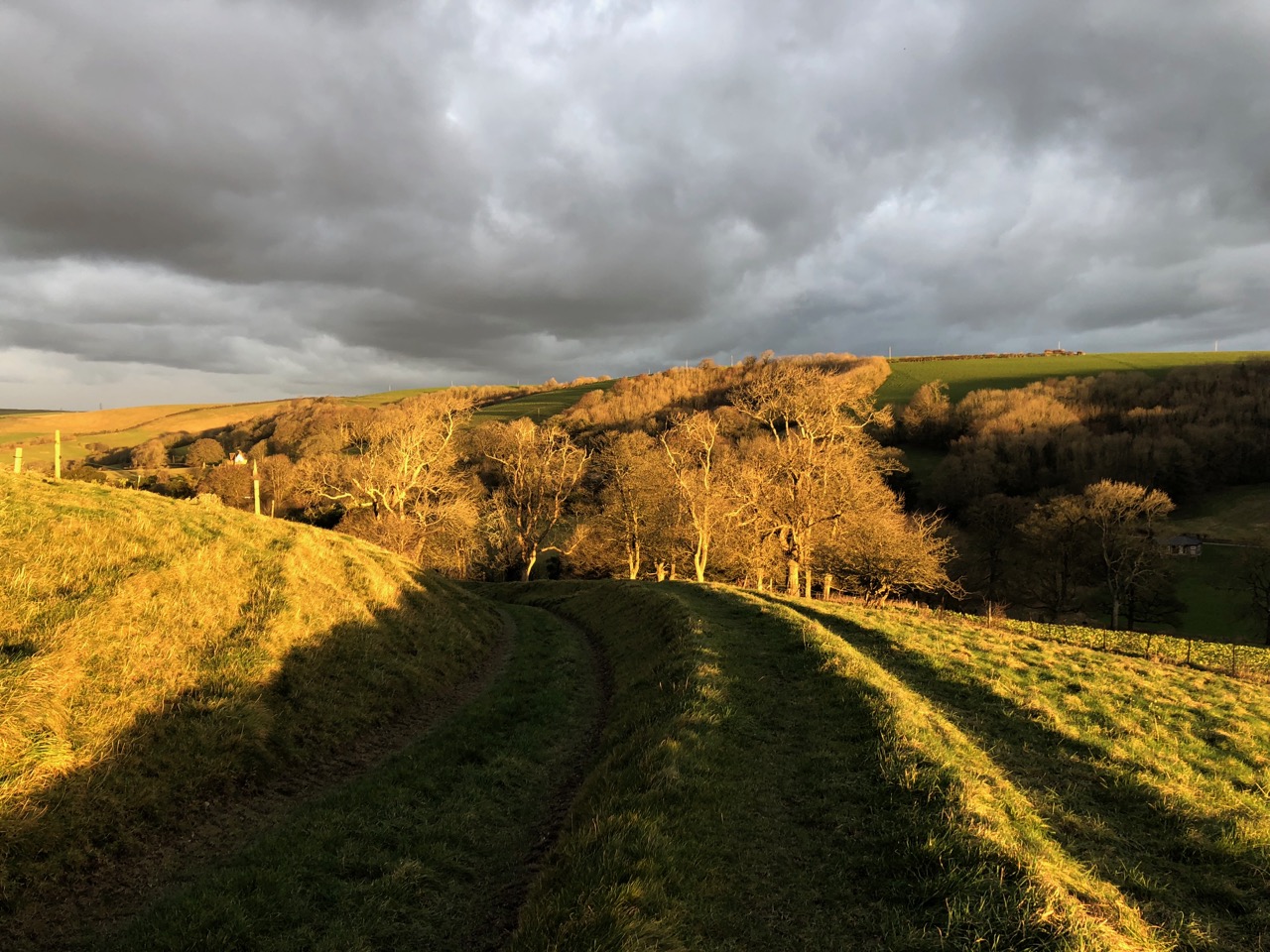 Moments later it passed and those grey clouds rolled inexorably in.   The threatened rain held off.  I was on site for the afternoon but came home to a sofa full of that Friday feeling. 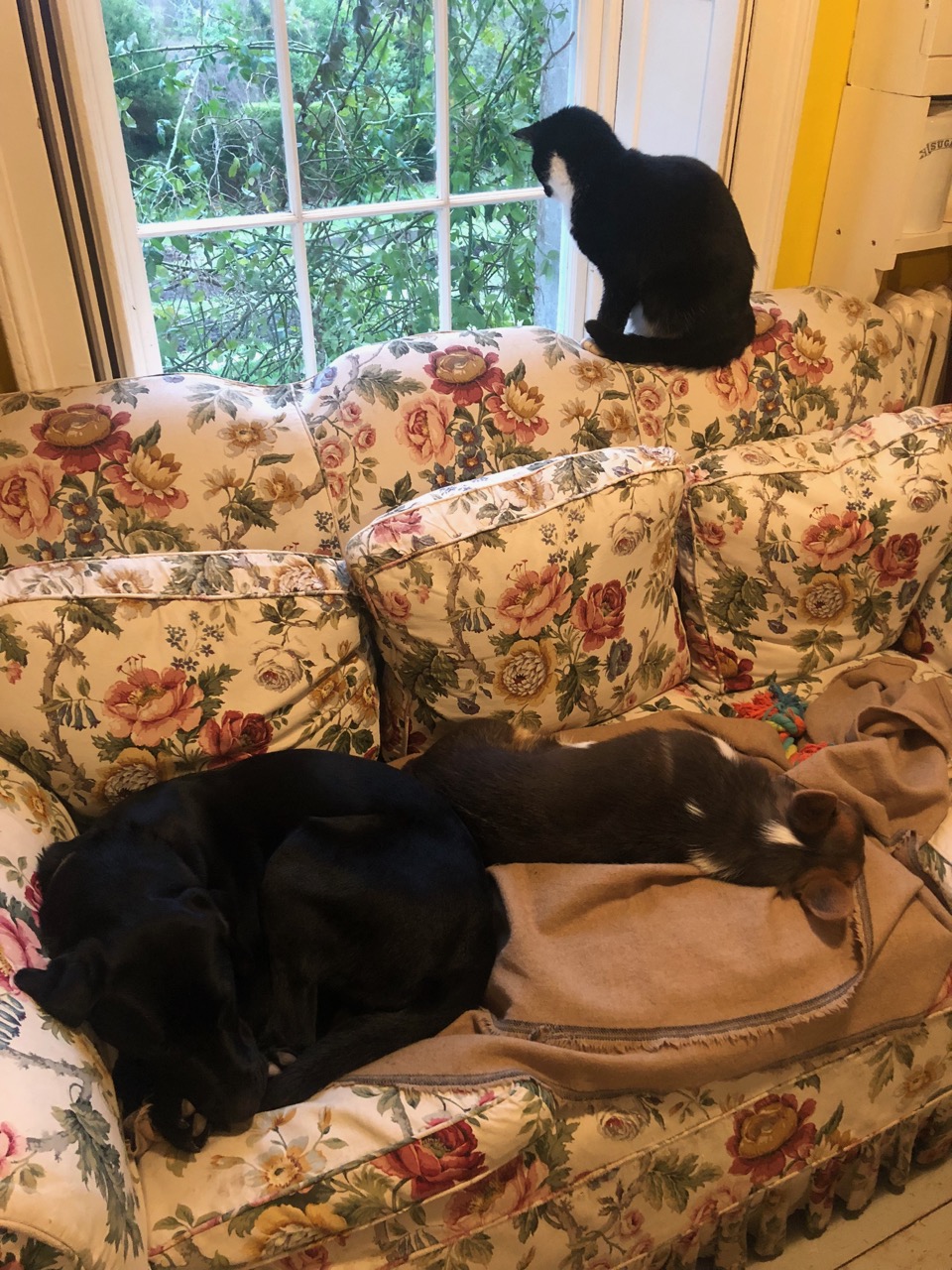 The weekend felt packed, although really only with our usual sort of Saturday and Sunday things – Bridport Market (severely diminished because of the rain), walking the dogs; a trip to Poundbury to see Mum and Dad in the afternoon, friends over for supper, Brassica in Beaminster for Sunday lunch.  So I suddenly realised I had better take a photo or two by way of a diary, not that there was anything particularly eventful to record.

In the garden, snowdrops are shooting up everywhere and one or two lone primroses are out ridiculously early. 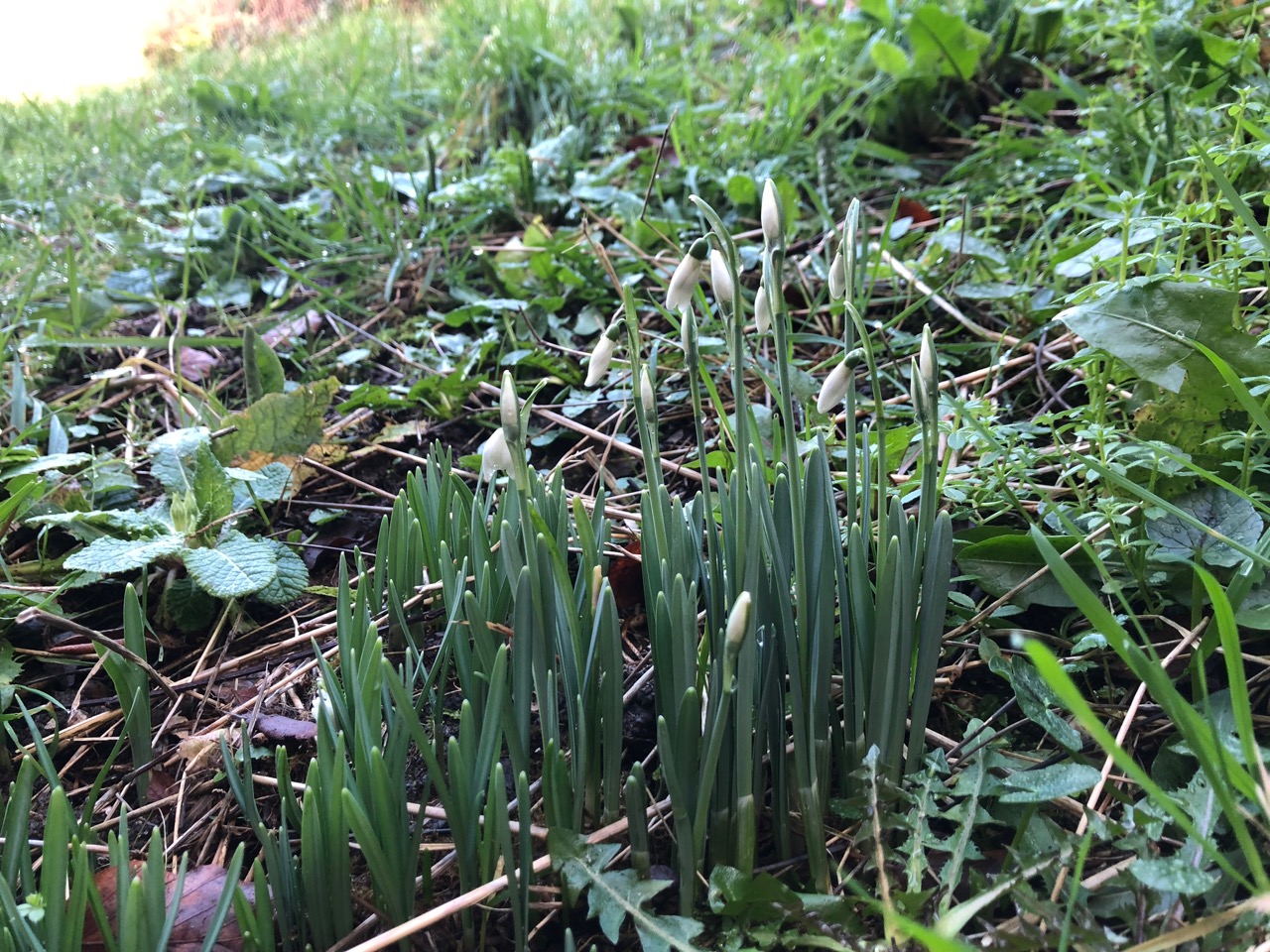 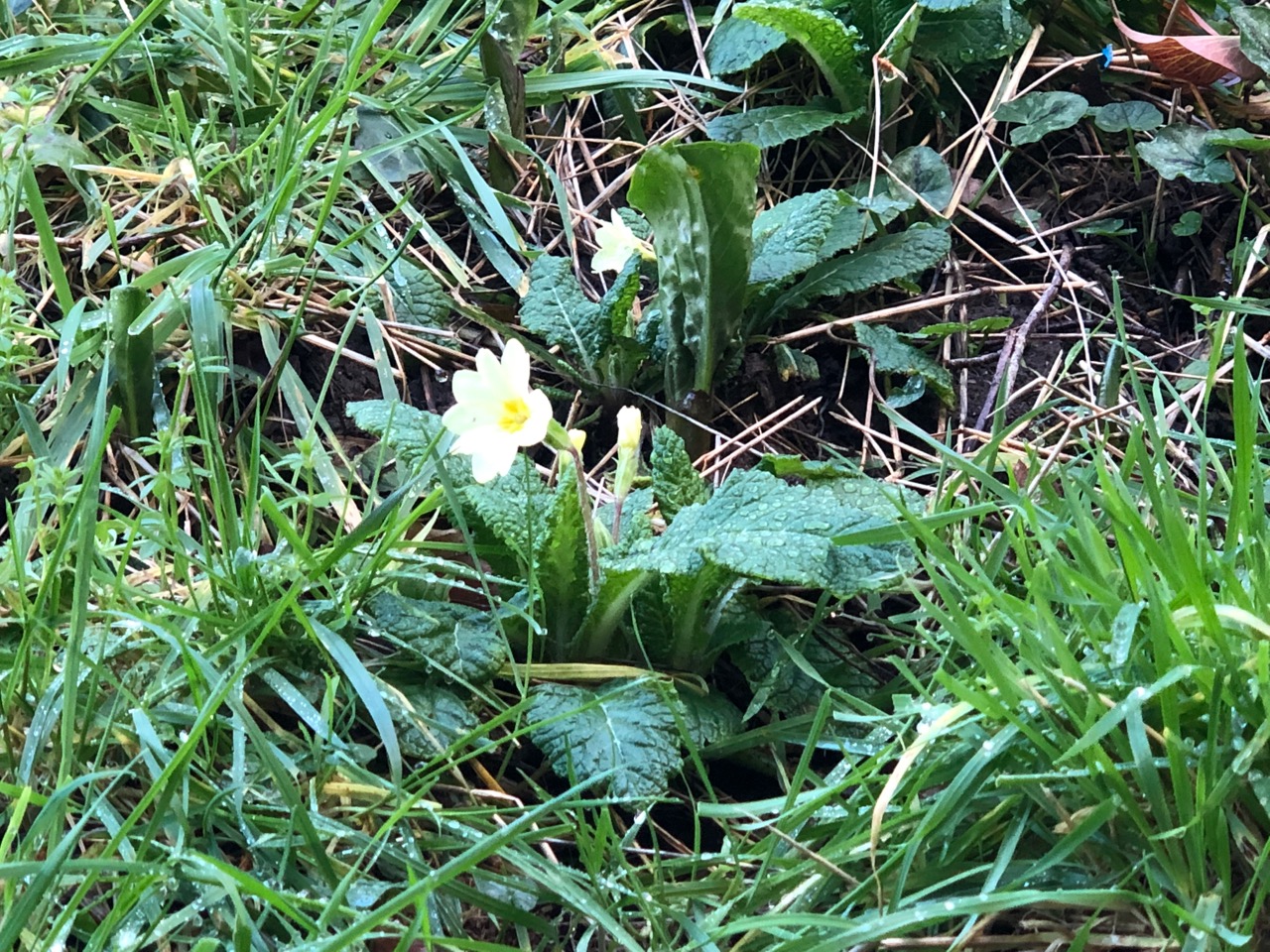 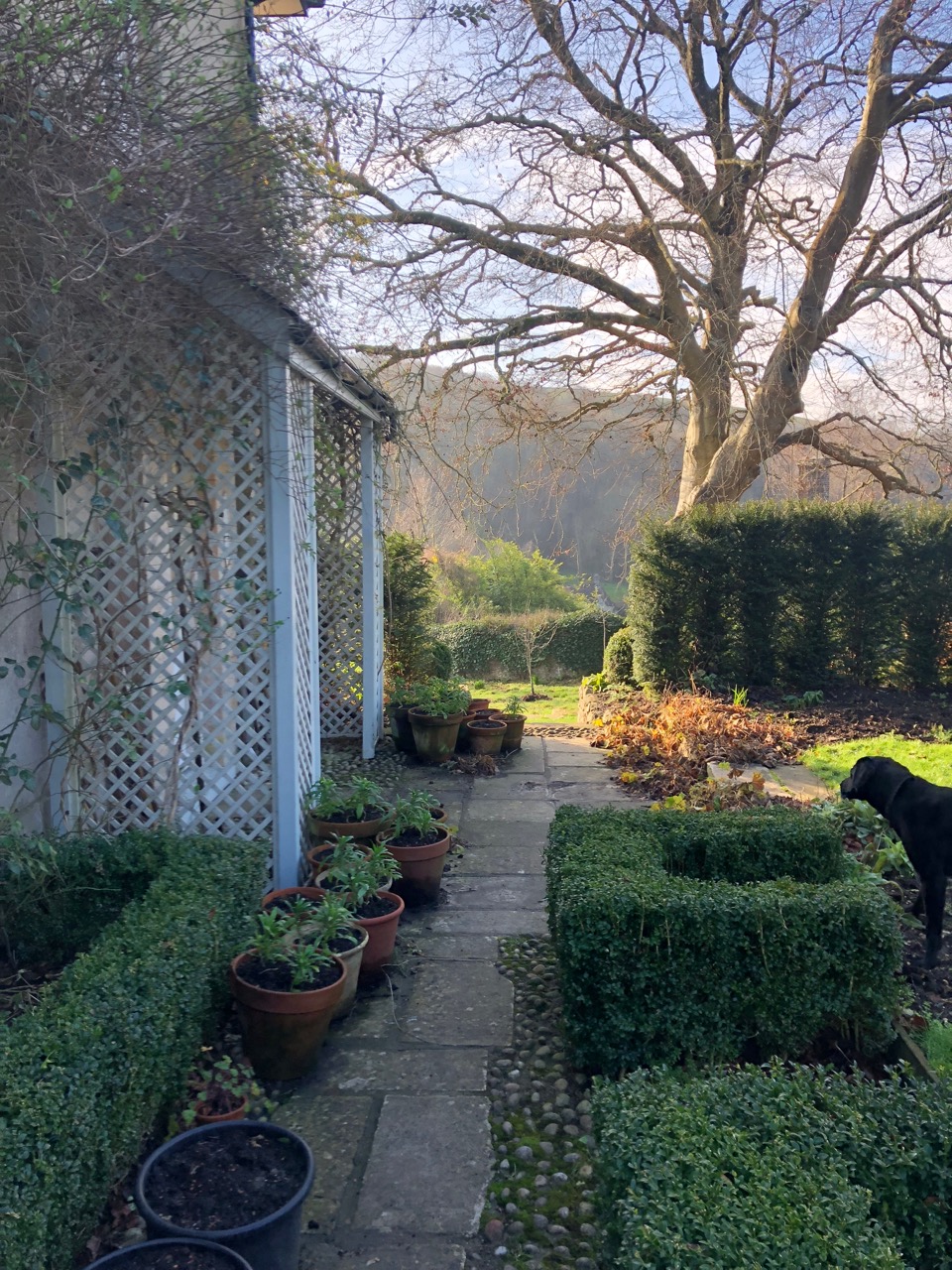 Back in the autumn you may remember that Charlie dug his nine large square ‘show beds’ in the meadow – more space needed for giant marrows in the precise part of the garden that gets maximum sunshine all day.  The four pumpkin beds are filled with a huge pile of manure now. 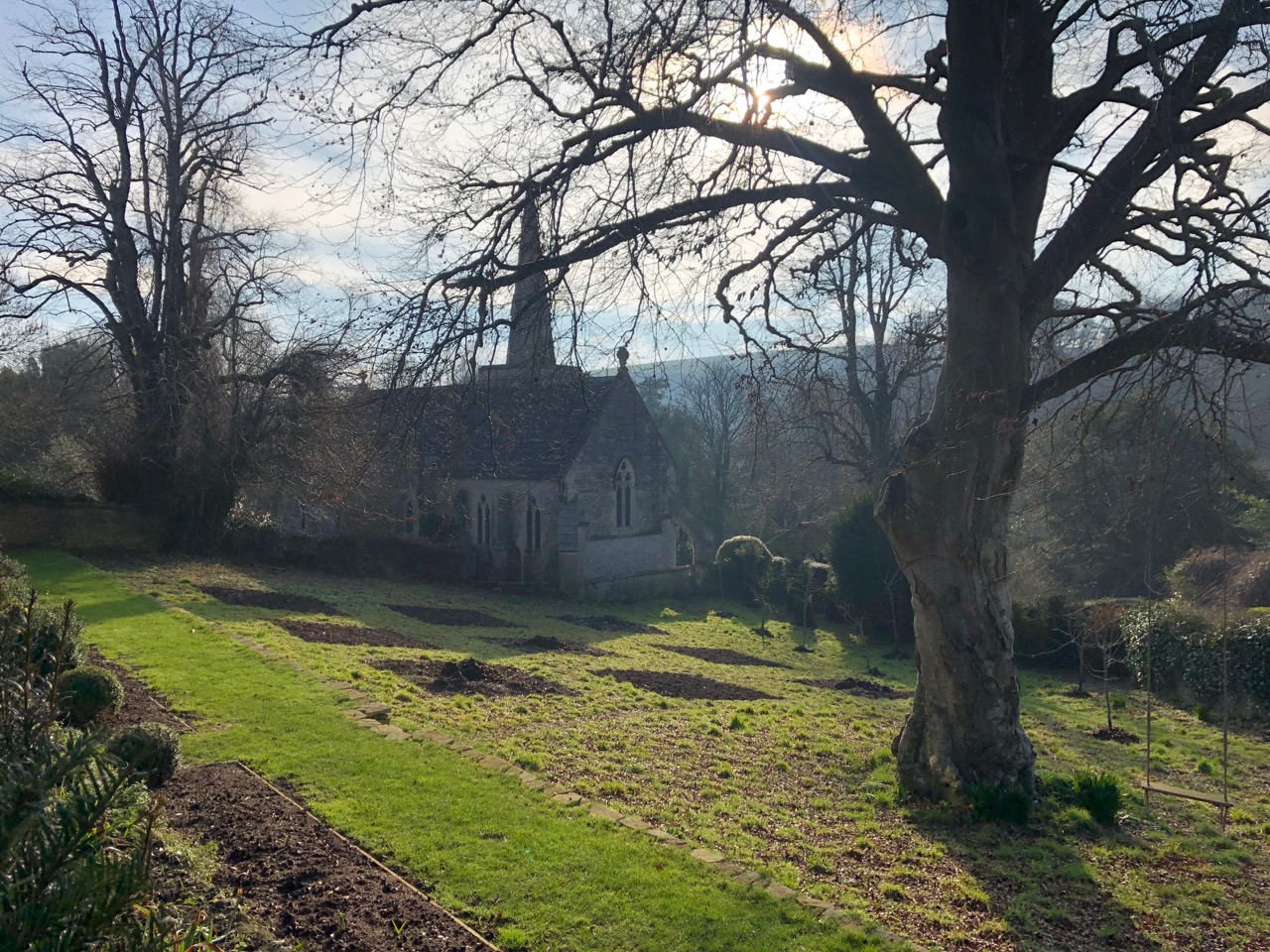 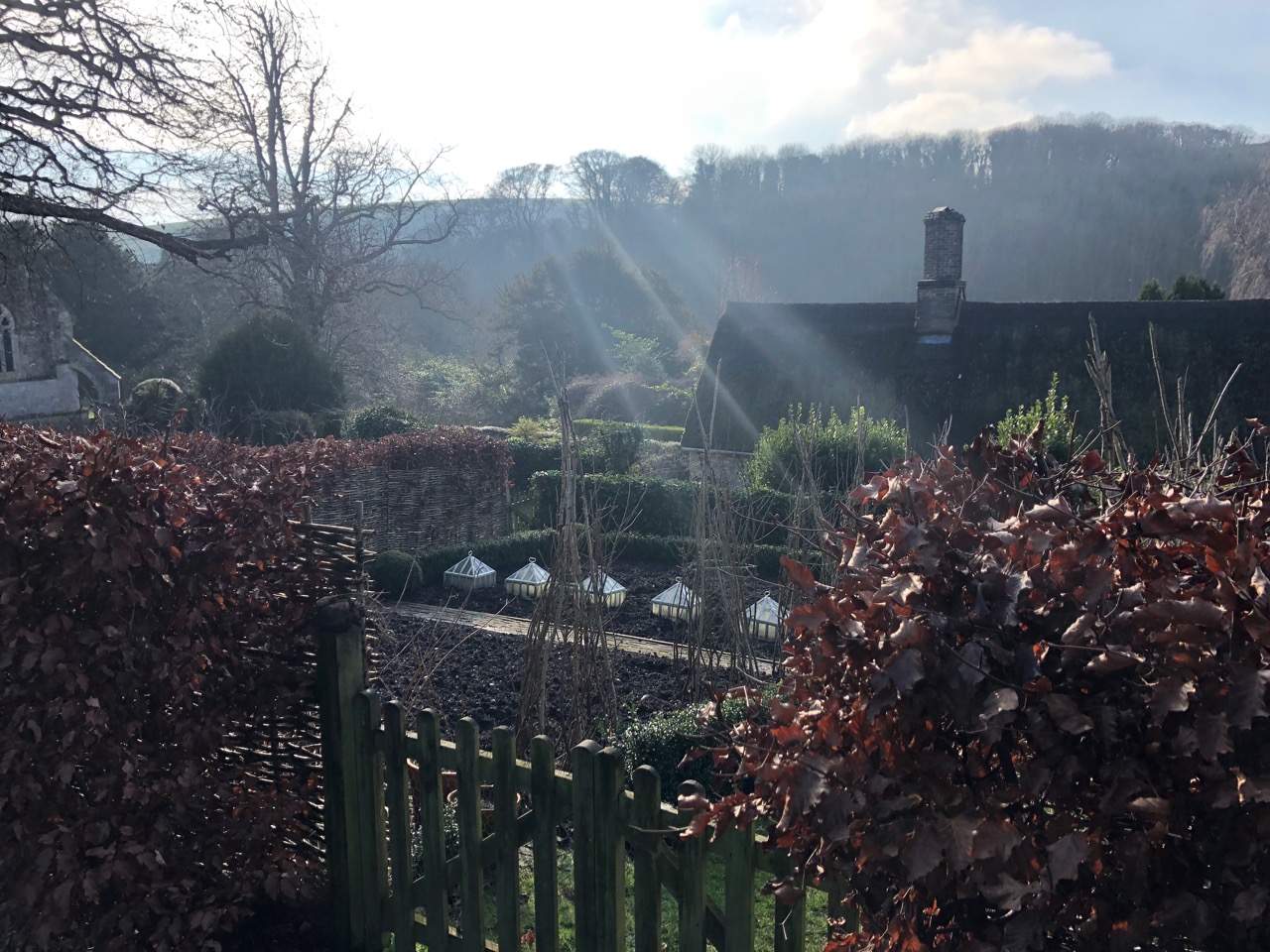 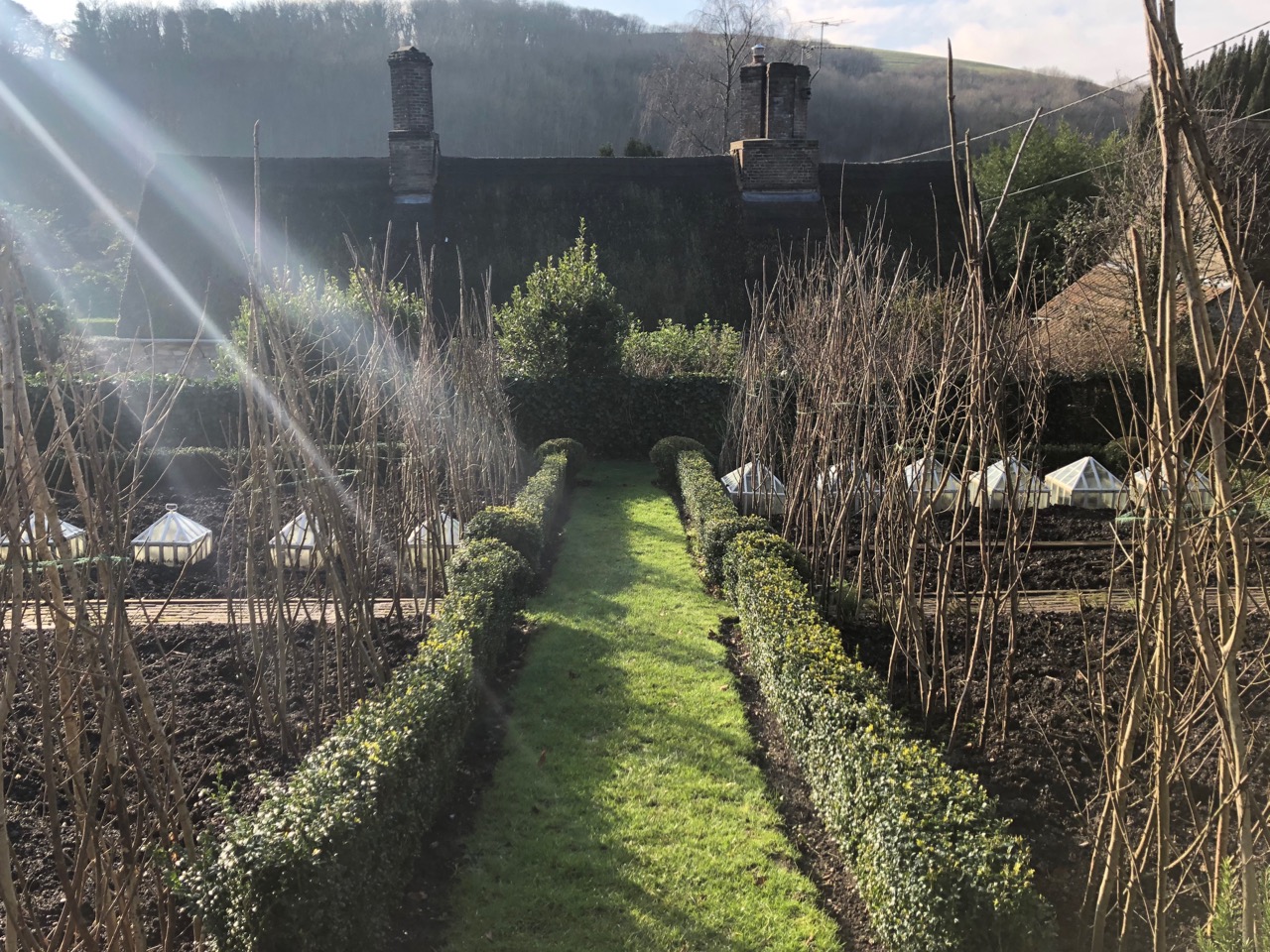 This is a rather unusual view of the garden taken from the gate to the lane. The terrace that we built I guess a couple of years ago now is completely bedded in. What a difference it made to the setting of the house.  In a few months, of course we’ll be looking at a thousand dahlias…. and another year will have nearly rolled along. 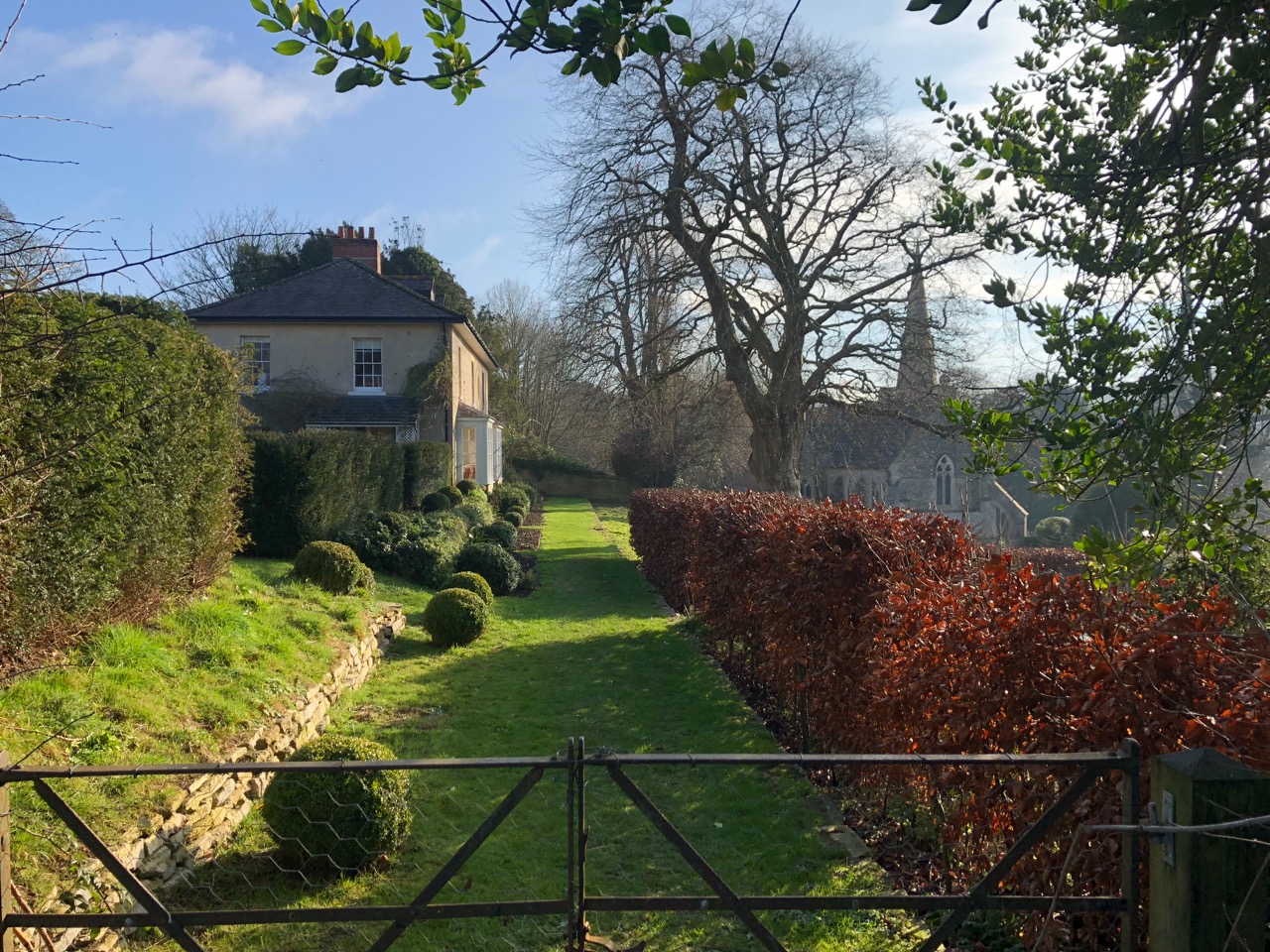 Here is the old village school, now our village hall, and our neighbour Ed and Christine’s house just beyond. It’s the back of their thatched roof that you see at the bottom of Charlie’s veg patch. One of the most picturesque compositions in Dorset, with the steeple of the church beyond. 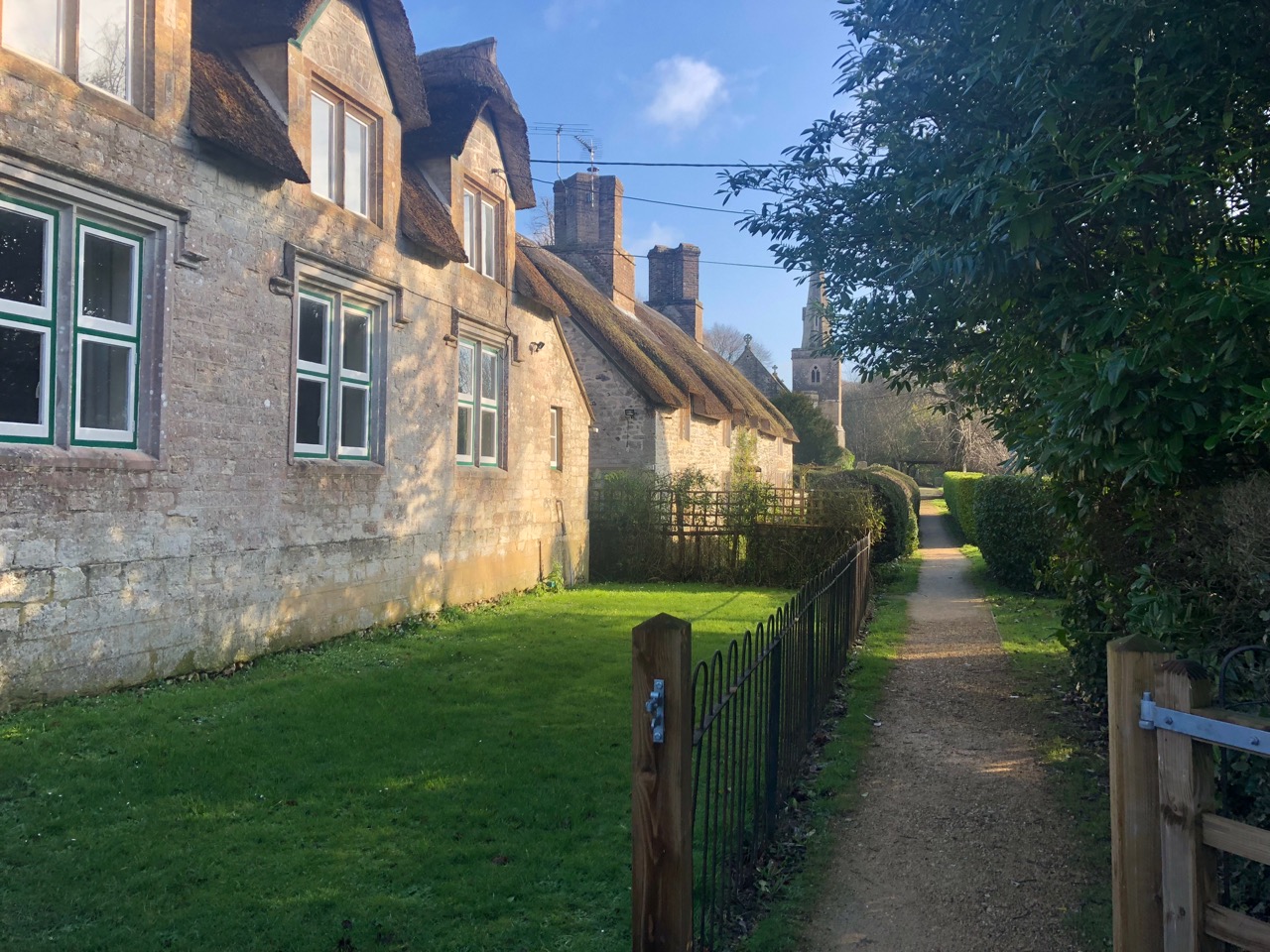 We took Skye and Anthony for a wander around the village – snowdrops appearing everywhere. 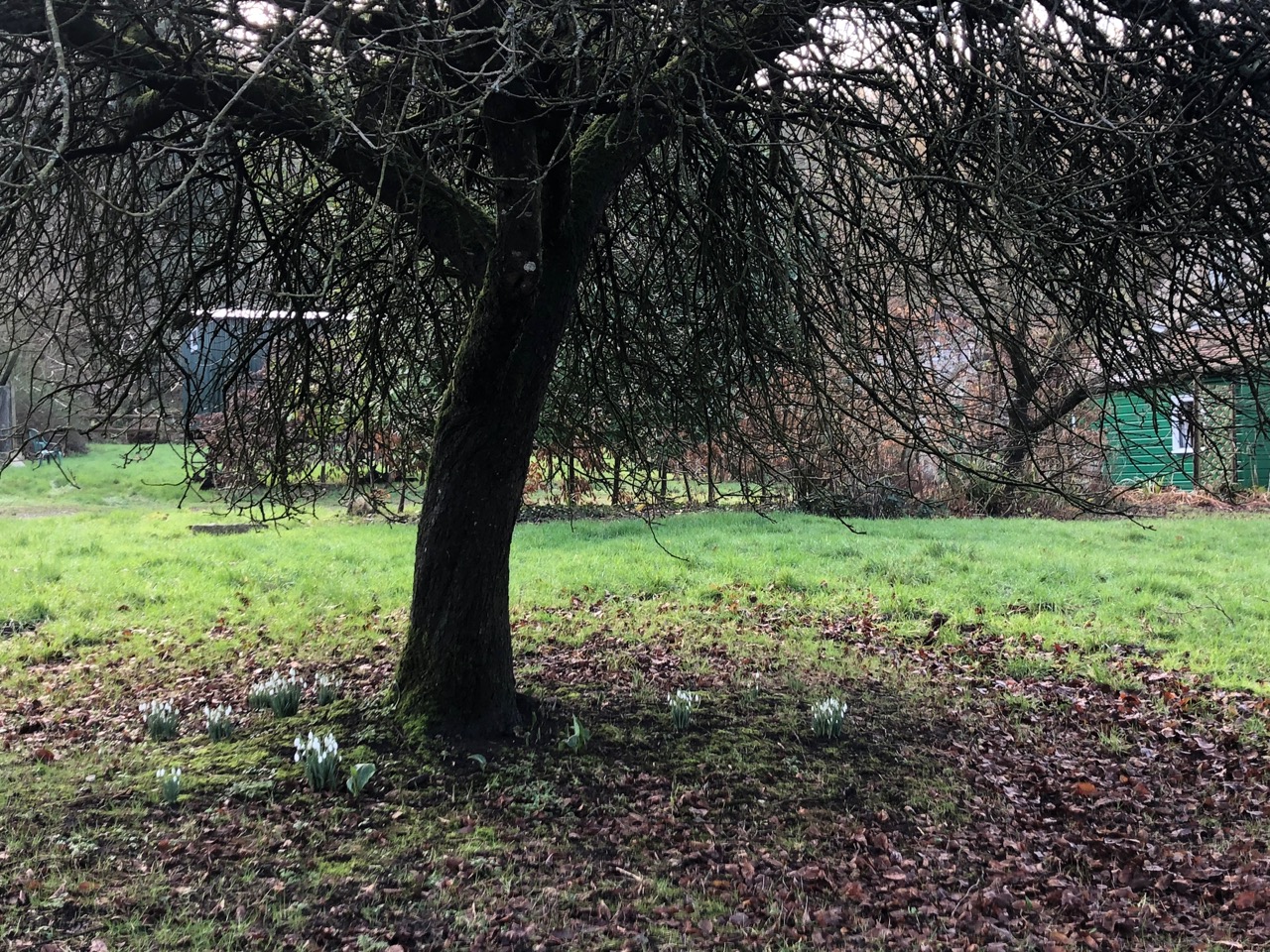 On the south side of the old walled garden, the site of one of the former glasshouses. Beautifully positioned – in full sun even on a January afternoon; faded now. 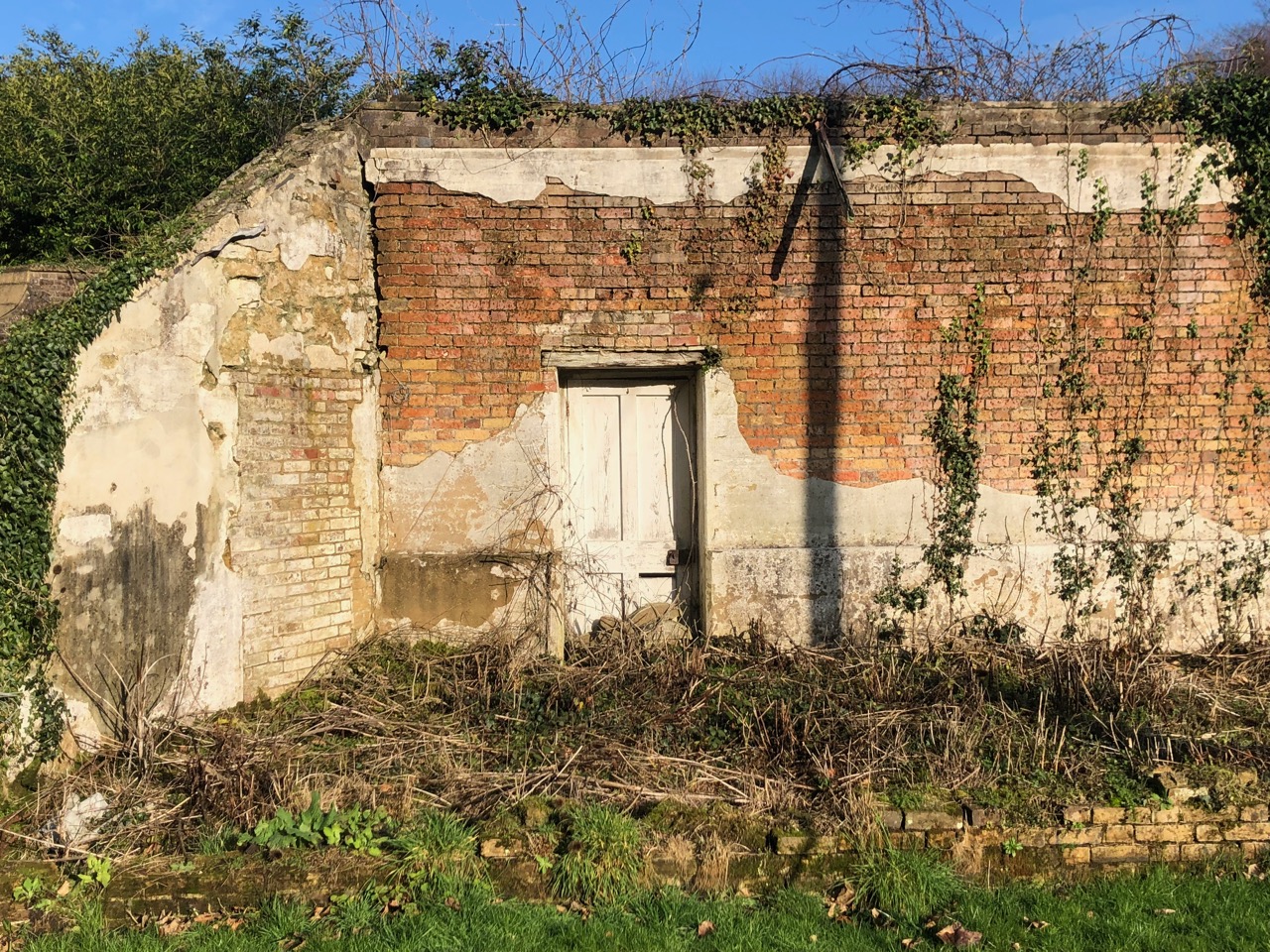 Opposite, a tree full of catkins in flower – they are particularly good this year. 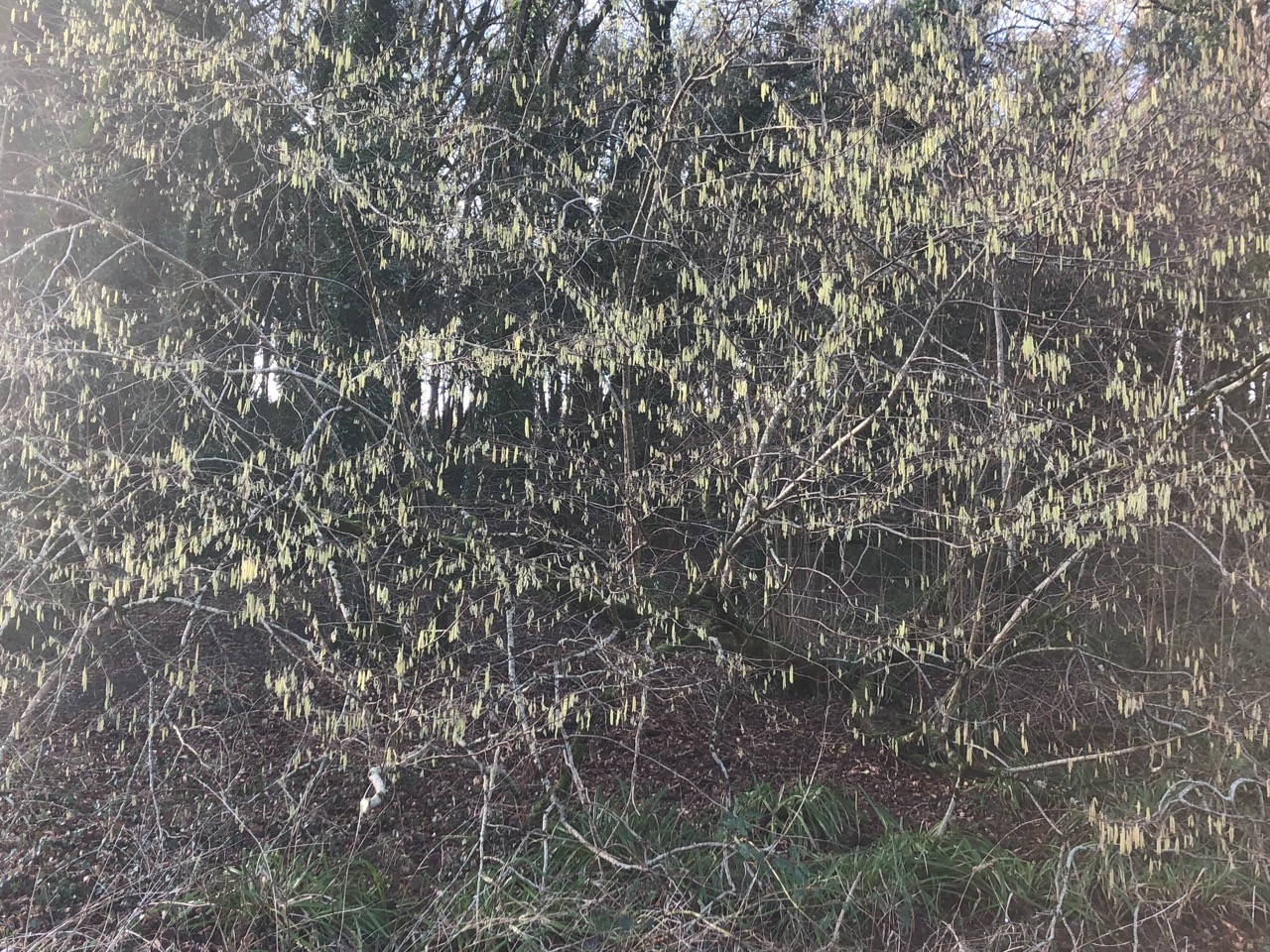 We walked into the woods, which in a few months will be carpeted in wild garlic. 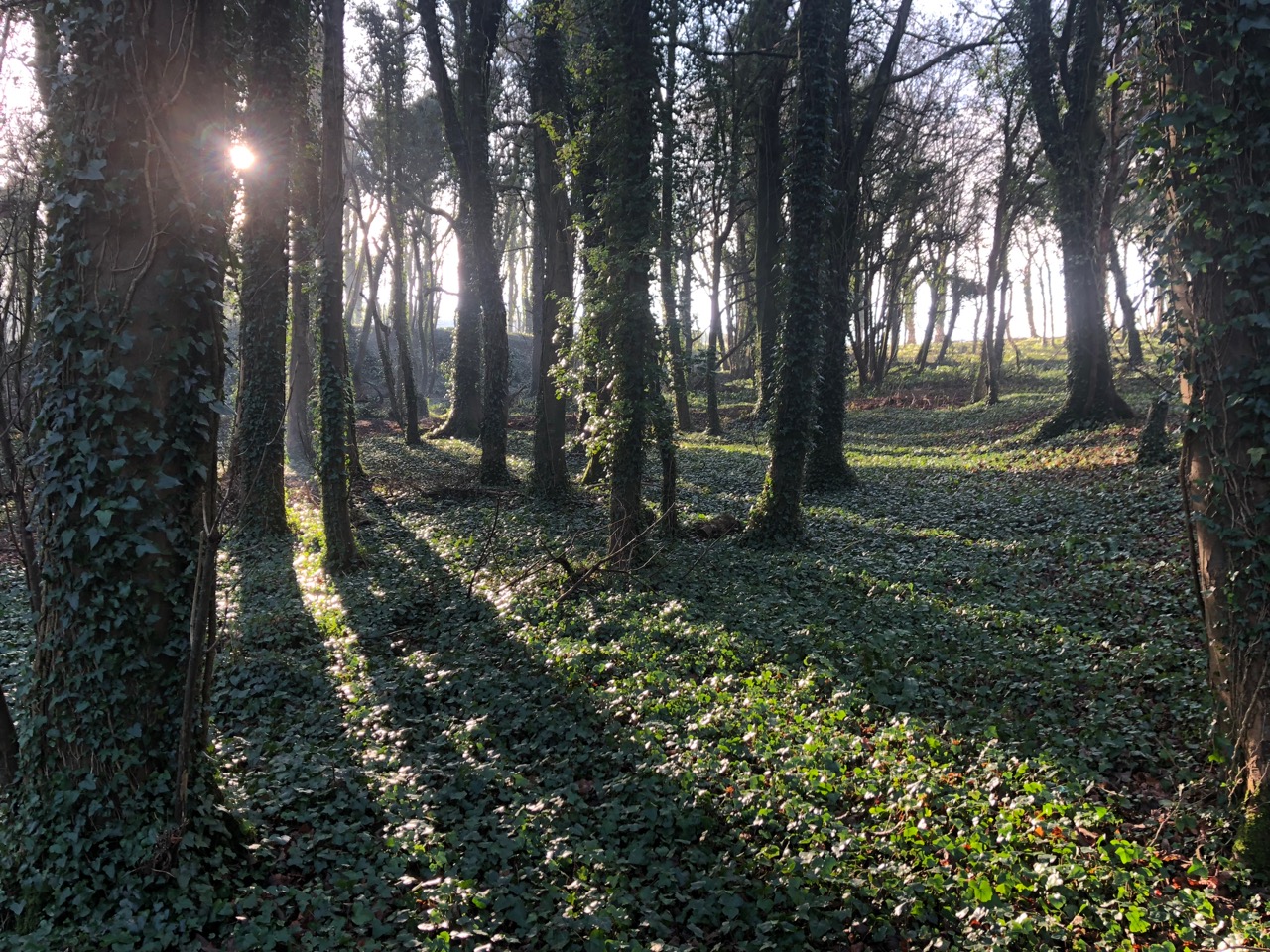 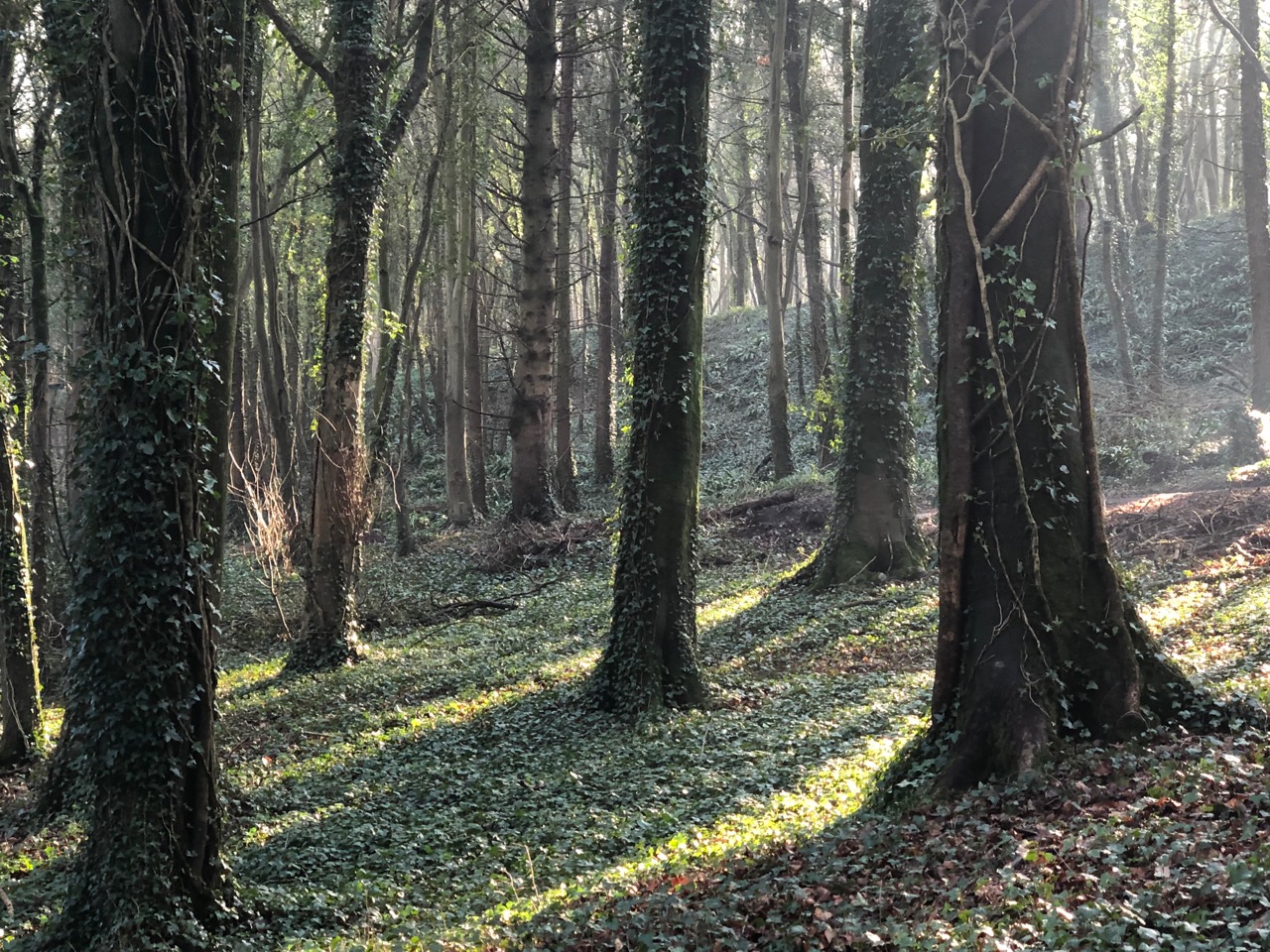 The lake and waterfall were beautiful in the afternoon sunshine. 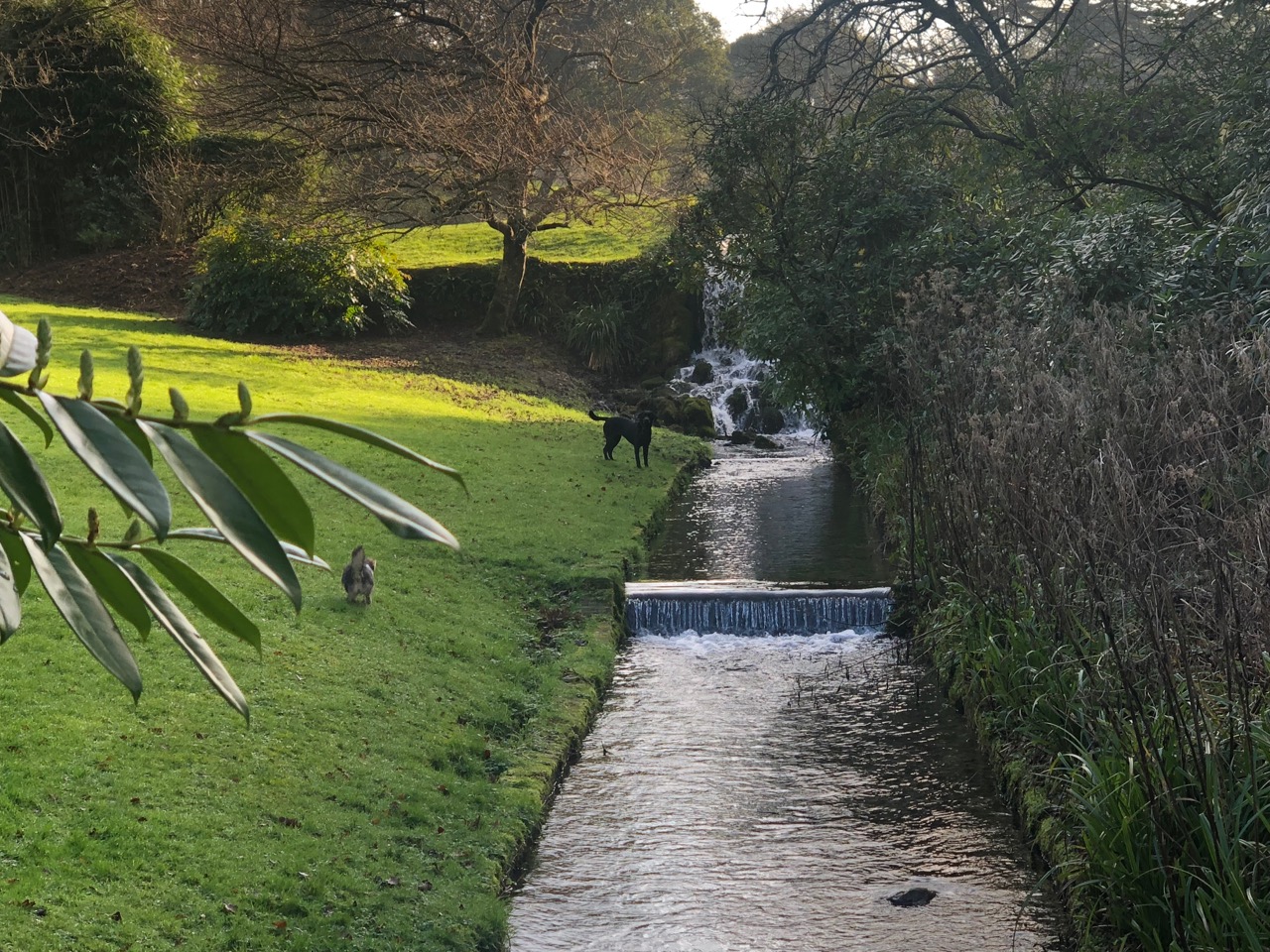 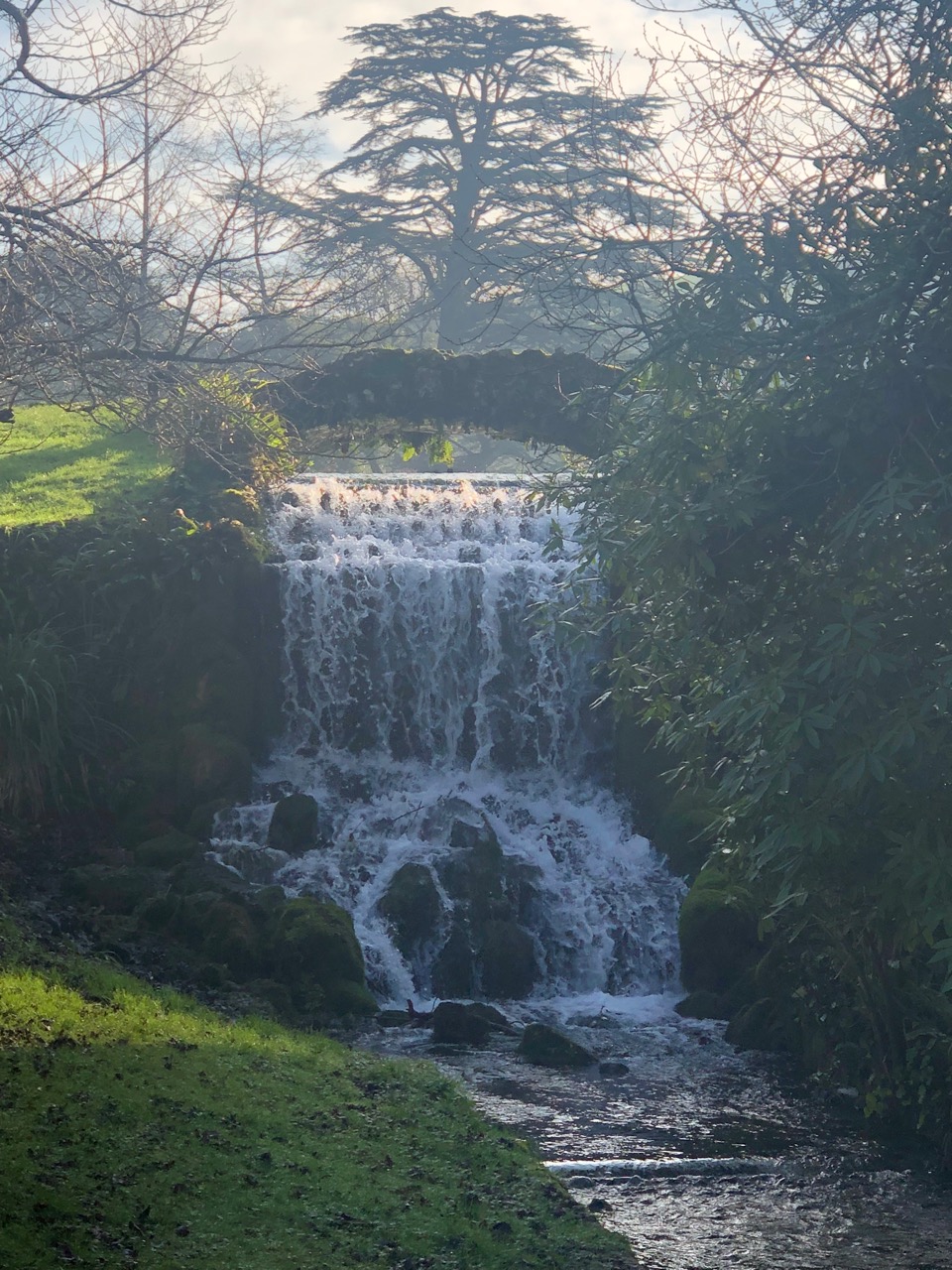 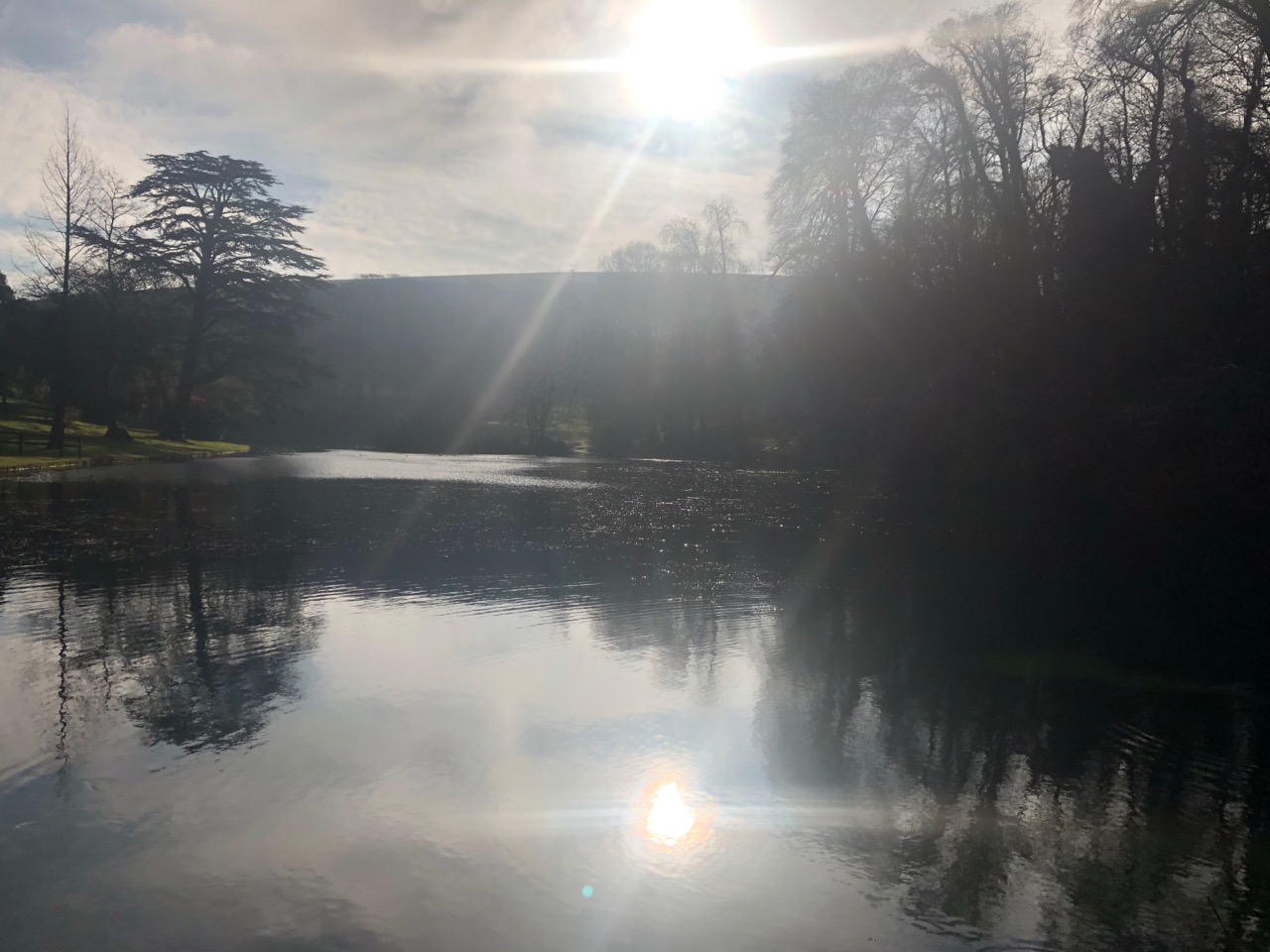 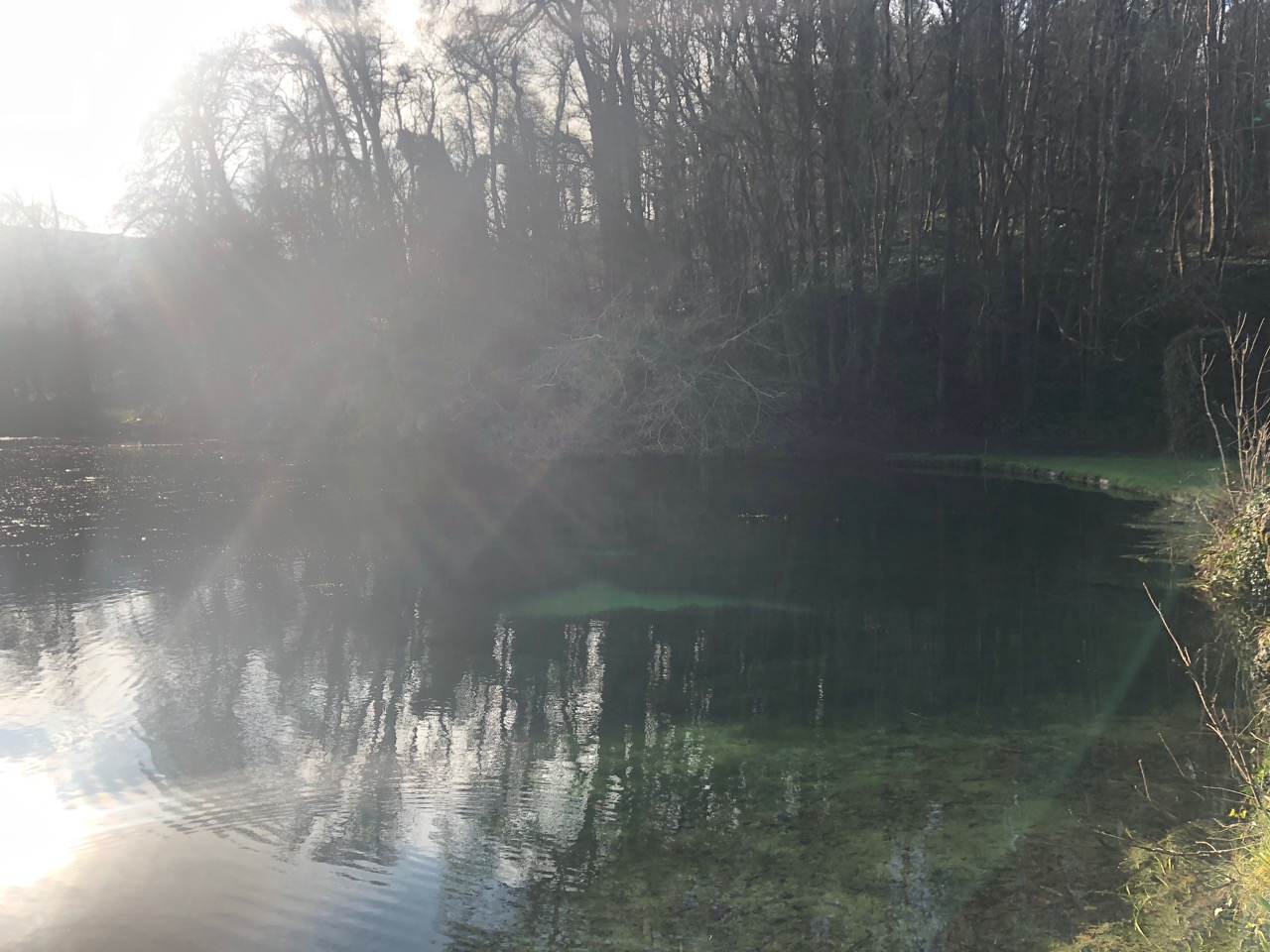 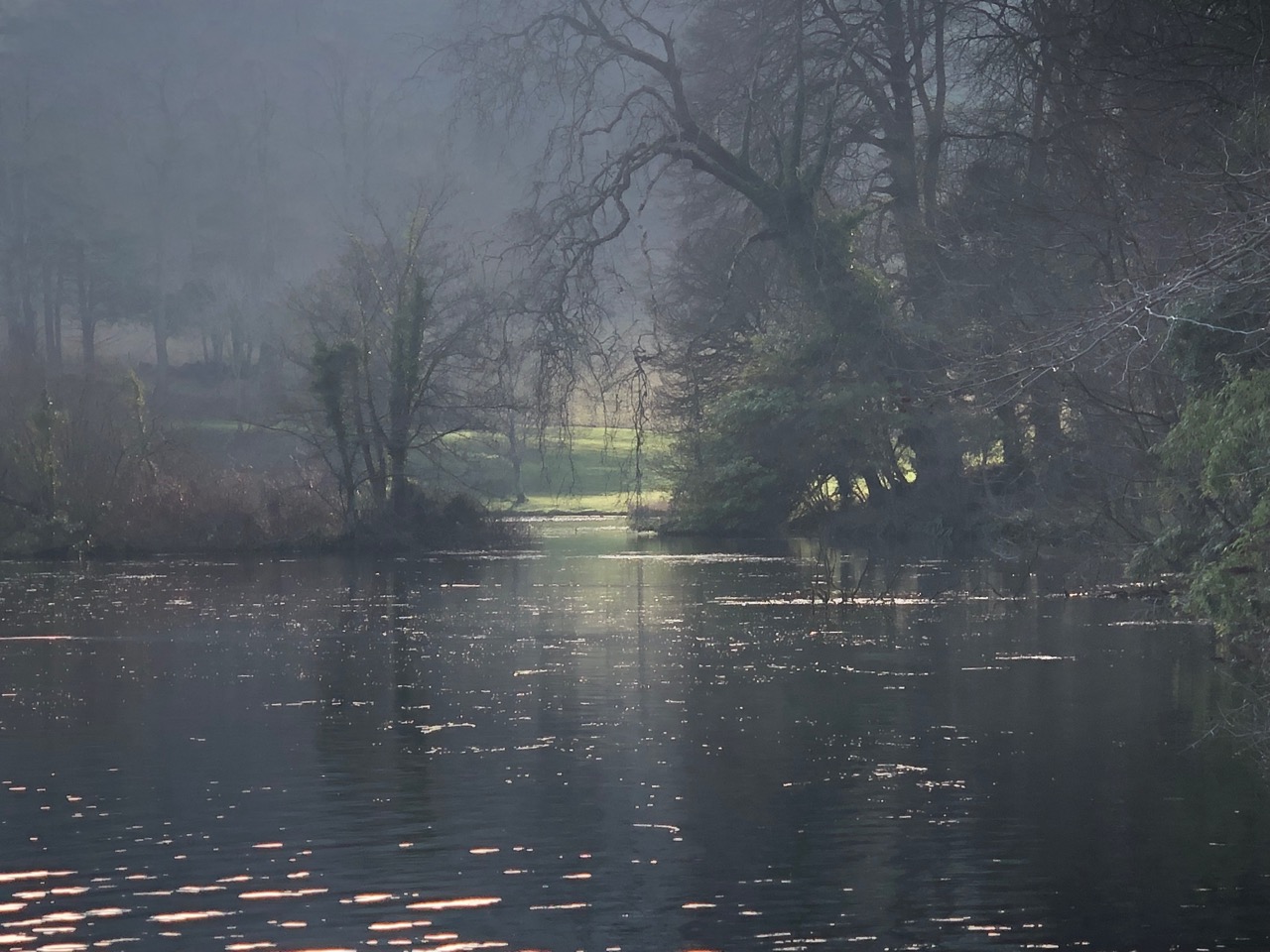 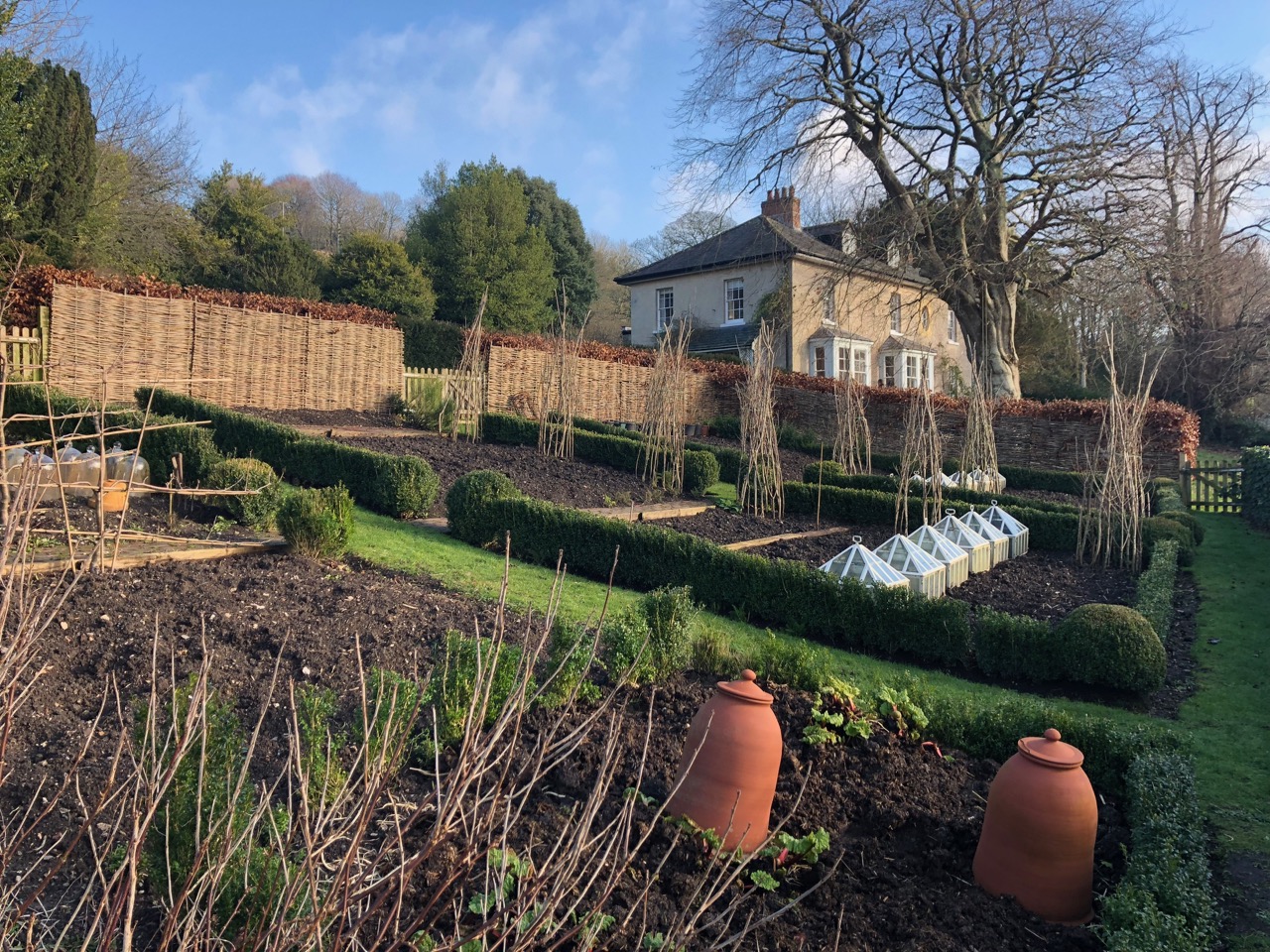 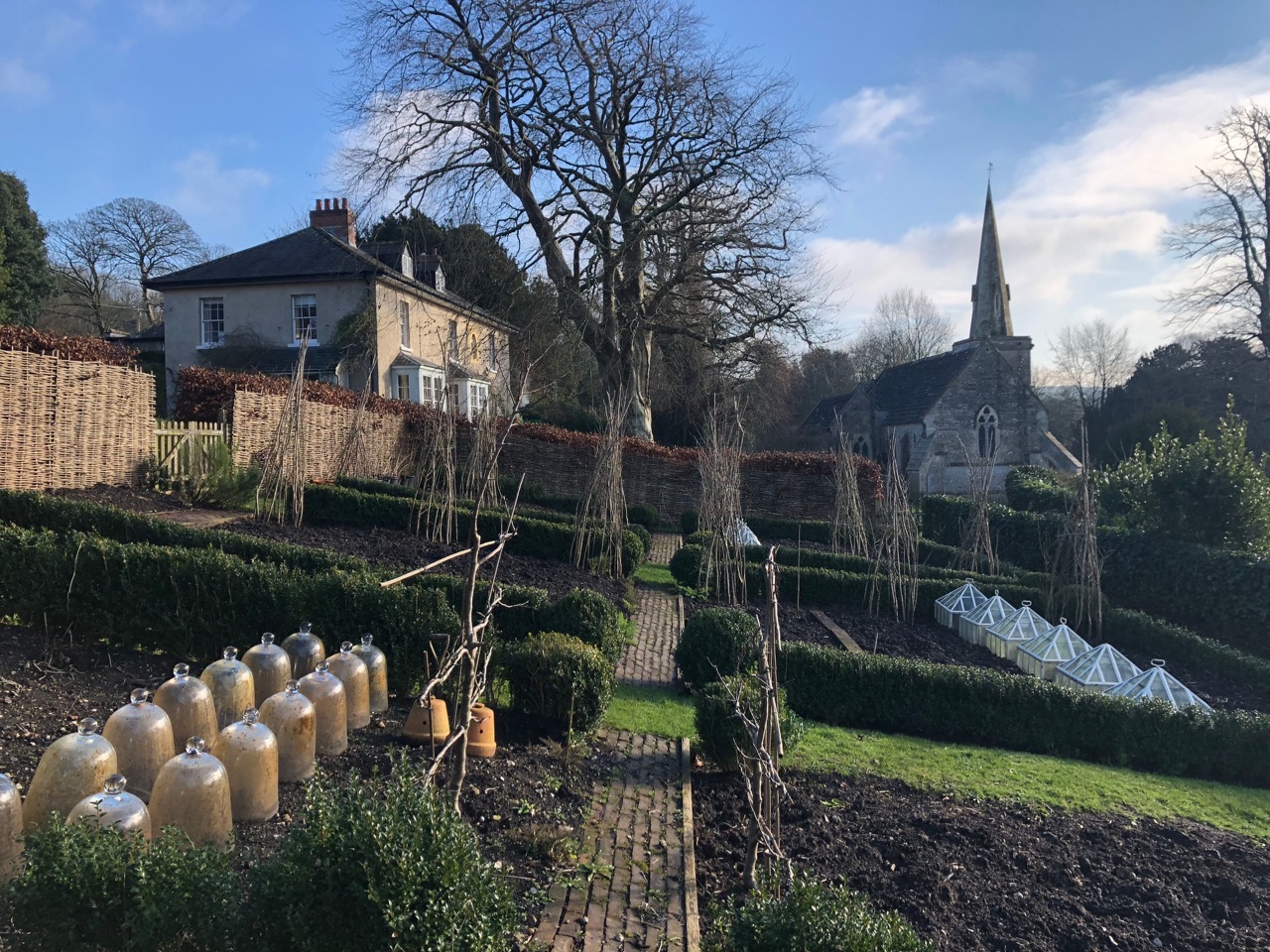 and up by the shed, a half-finished pile of manure waiting to make its way down to the beds. 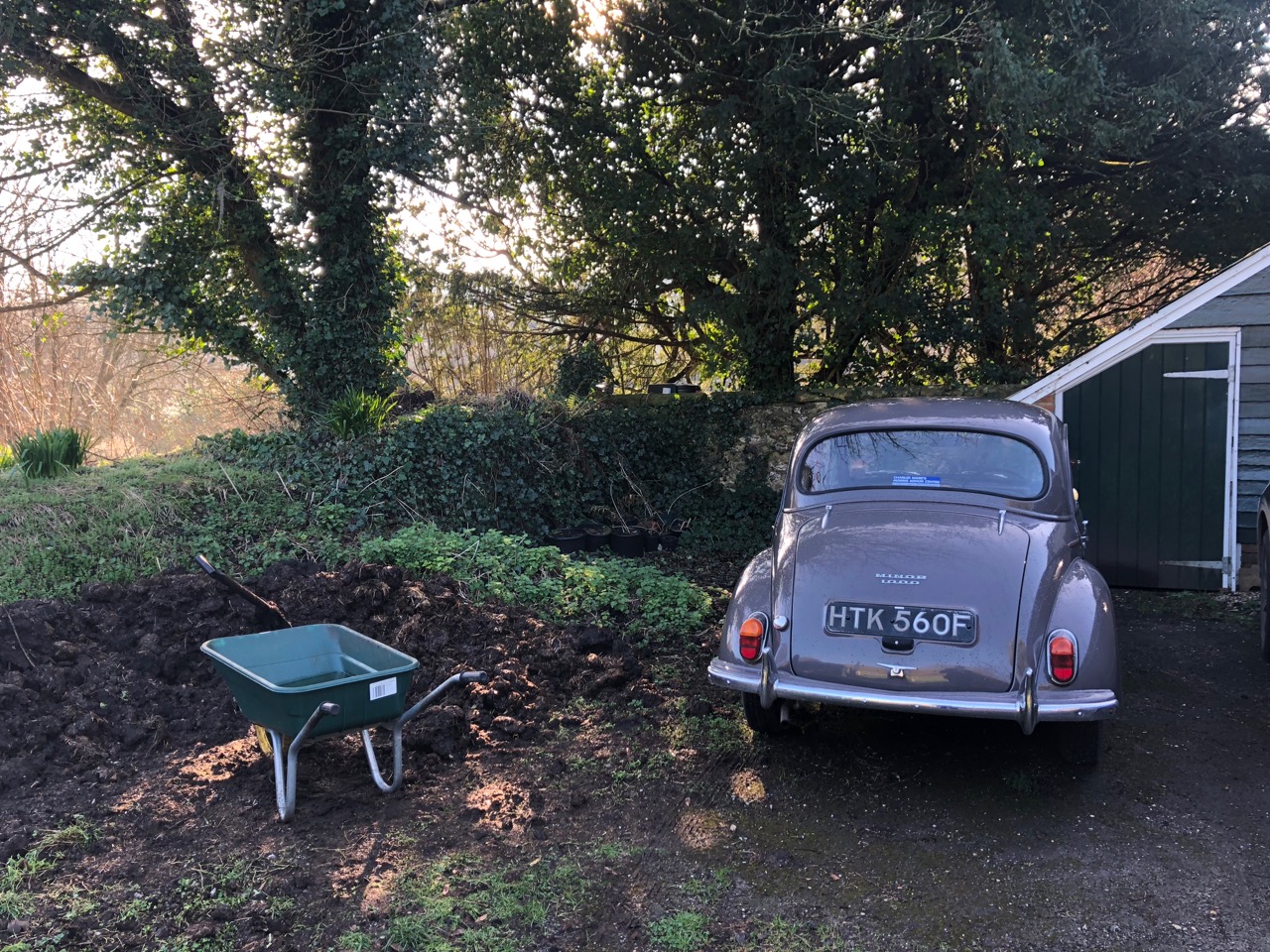 It’s a good moment of the year. We tore ourselves away from Dorset and back up to London on Sunday evening. Tomorrow, we’re off to Atlanta. Charlie and I are speaking at the Cathedral Antiques show – which will probably be crazy and doubtless will be fun – before setting off to Savannah and Charleston. So the blog in a couple of weeks will be looking rather different. I’m looking forward to reporting back.