I am constantly bombarded with emails from enthusiastic artists and makers, introducing their wares and strongly recommending that I contact them immediately to place an order or organise an exhibition. I understand the need to get one’s work out there, but more often than not I am rather bamboozled by the quality and subject-matter of the work in question.

Happily, just occasionally this pans out differently, and that was the case with Ed Kluz. A friend of his sent me a link to his website, and Ben and I were instantly smitten. We organised an exhibition, Theatre Britannica, with him, and in the process we became firm friends. One of the many beauties of running a shop are these occasional serendipitous meetings that turn into good business partnerships and even better friendships. Ben and I both own artworks of Ed’s, and I even commissioned him to make a house for my tortoise Winston a couple of years ago.

As part of our Workroom Profile blog series and upcoming exhibition, Old and New Friends: Bawden and Ravilious, with New Works by Ed Kluz, I went to Brighton to visit Ed last week to see where and how he worked.

Picking me up from the station, Ed took me to his studio a short drive away by Preston Park. Situated beneath the Brighton to Lewes viaduct in what was once a 19th-century coach house, it’s now the workshop of jewellers Chris Hawkins and Jo McDonald. Ed occupies the very back of the workshop, a narrow space flooded with light and filled with his collections, car-boot bargains, junk-shop gems and the odd architectural detail liberated from a condemned building, not to mention a very happy collection of geraniums. 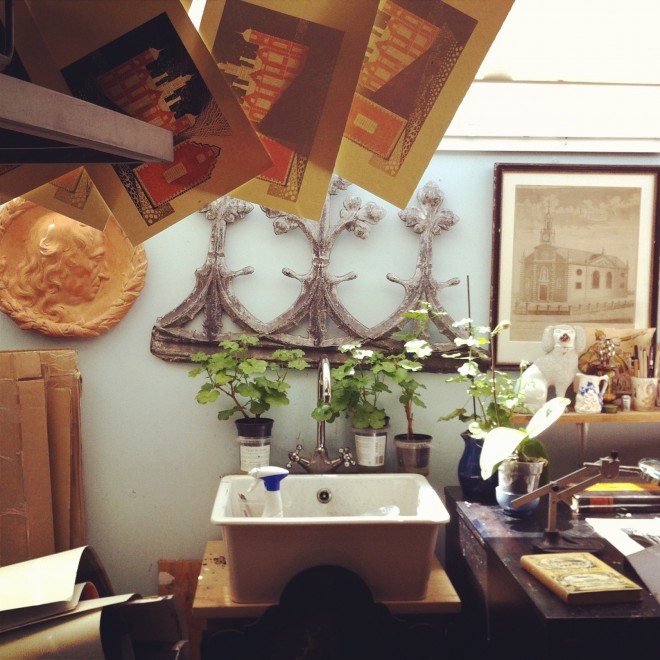 Up until relatively recently Ed worked from home, but he’s come to love his 20-minute commute to the studio and back, where he spends long stints at least five days a week – as he says, ‘My most creative thinking happens during my daily walk.’ He loves sharing the space with other creative types, but his is a space that is also very easy to retreat into, where he can lose himself in the flow of making his work. ‘Eventually I’ll get a bigger space because the work is getting bigger,’ he says, ‘but the light here is so perfect. It’s really helped develop my colour palette and how my collages are coloured.’ 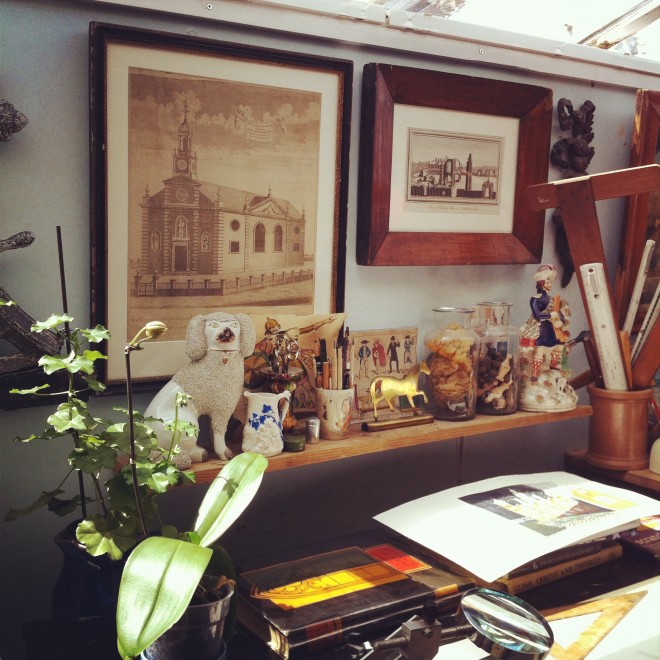 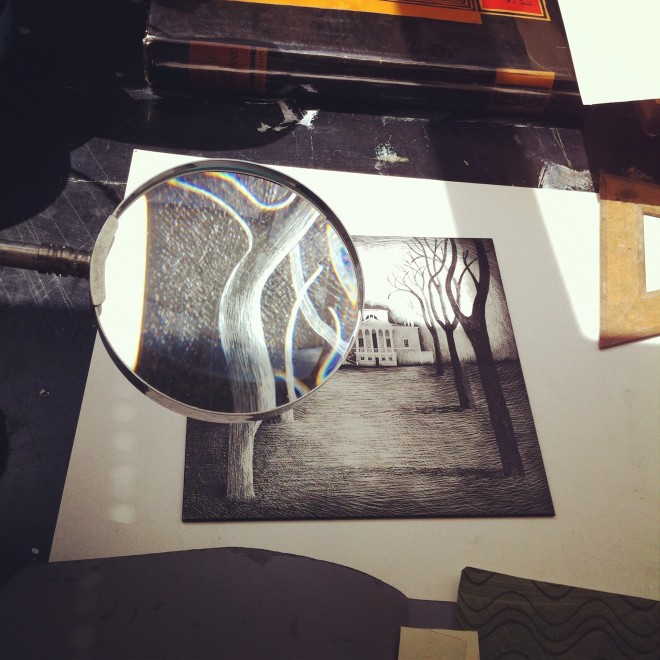 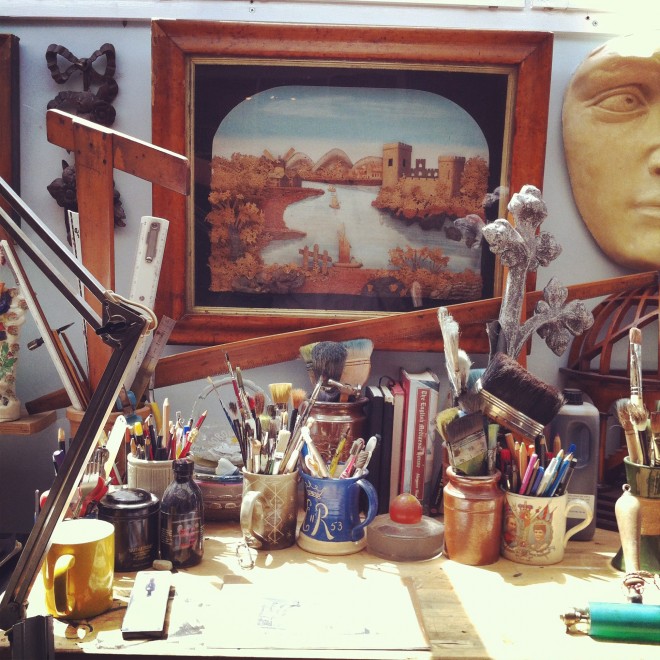 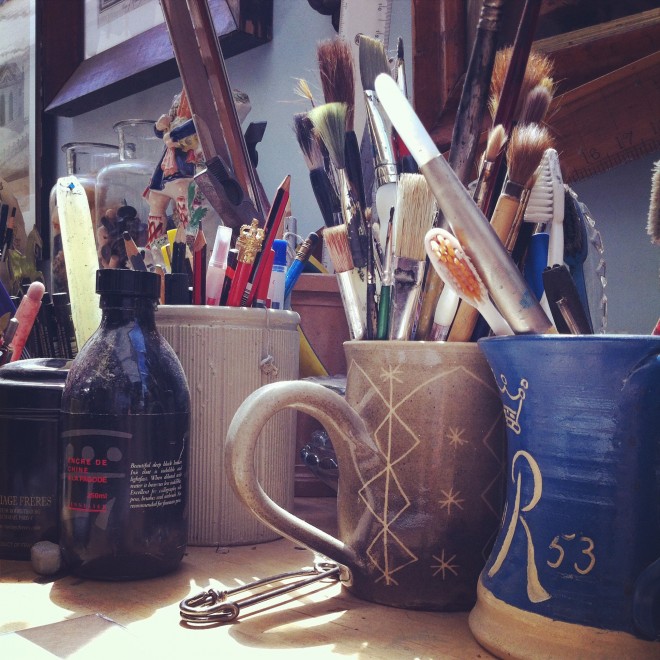 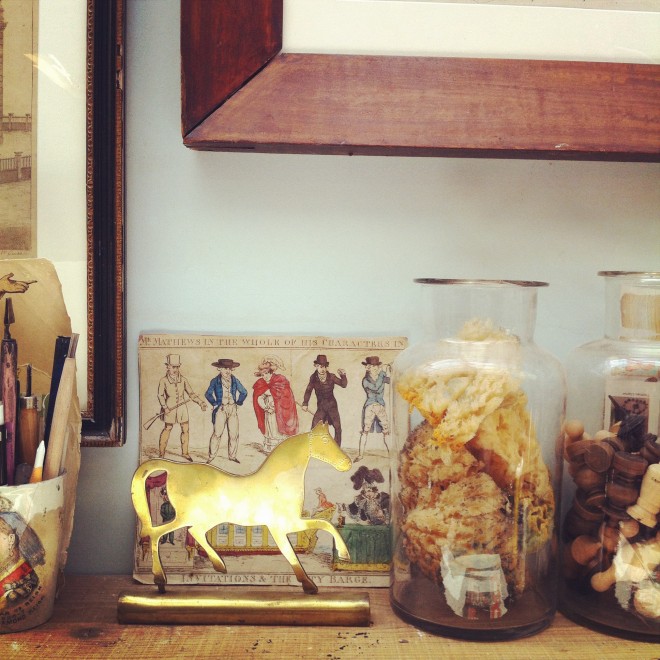 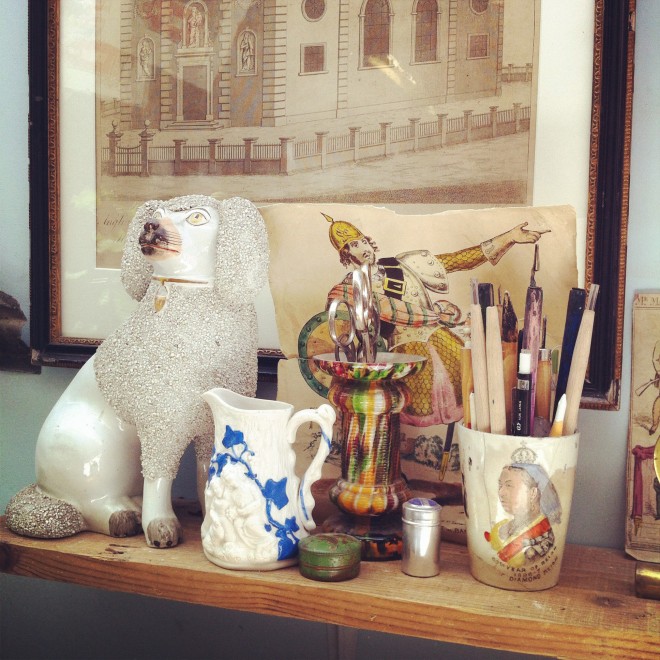 As a boy, Ed’s parents bought a derelict farmhouse in an isolated part of the Yorkshire countryside. It hadn’t been lived in for over 100 years, so the family lived in a caravan for two years while his parents worked on the restoration. Once they moved in, though, and for Ed’s entire childhood, the family were witness to many paranormal activities and hauntings – figures seen dashing up and down the lane, the sound of boulders rolling down the hill, panes of glass heard smashing in the middle of the night but with no evidence of any such events in the morning. Ed attributes this time to becoming acutely attuned to a sense of place.

Both Ed’s parents were collectors, particularly of train-station signs and railway posters. He used to spend his nights lying in bed working out how the artists had managed to portray their images so successfully in a graphic manner. This rich childhood, which included frequent family outings to historic houses, has given him an intimate understanding of his subjects and informs the way he works today. 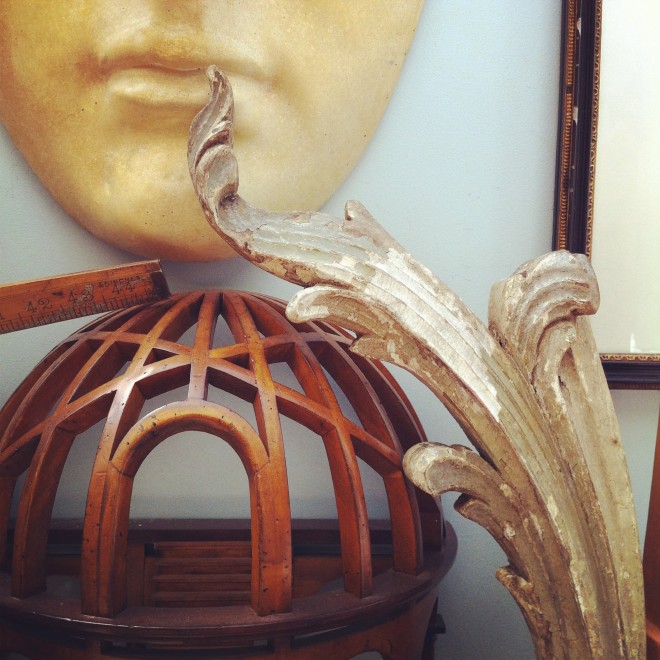 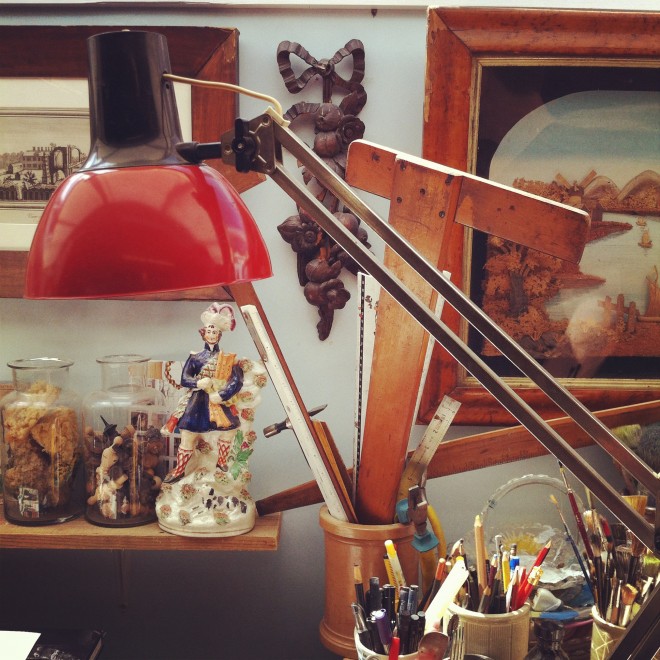 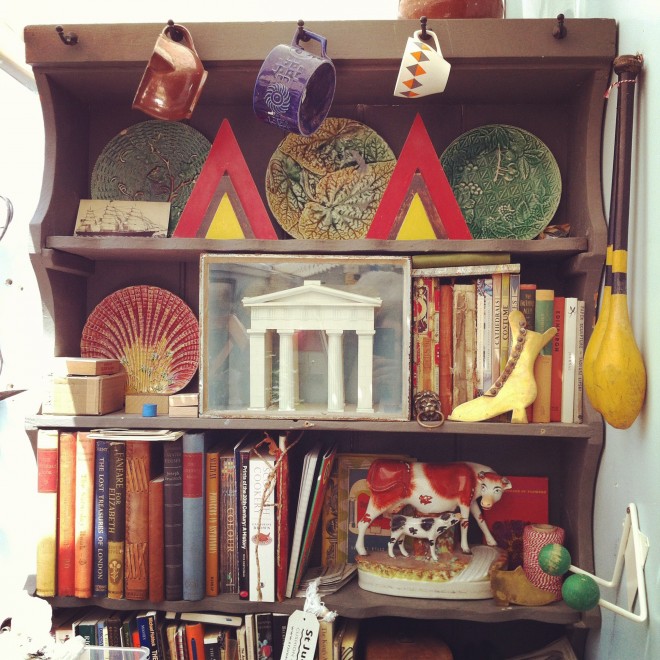 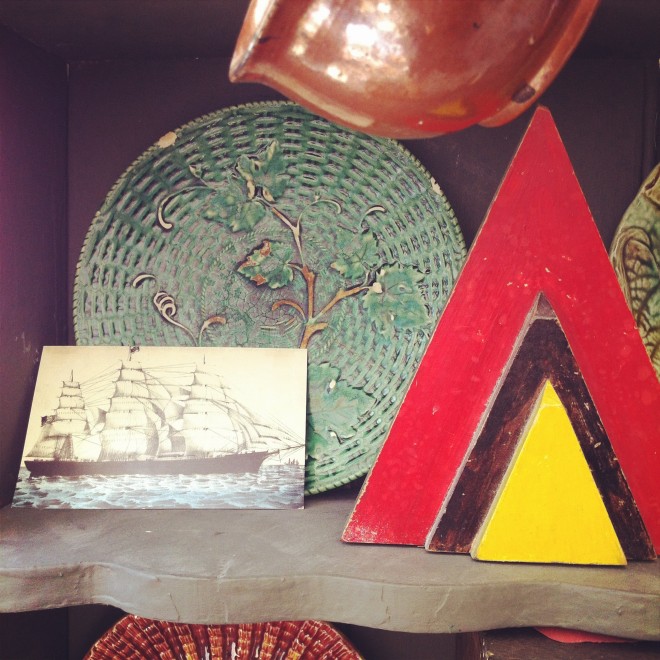 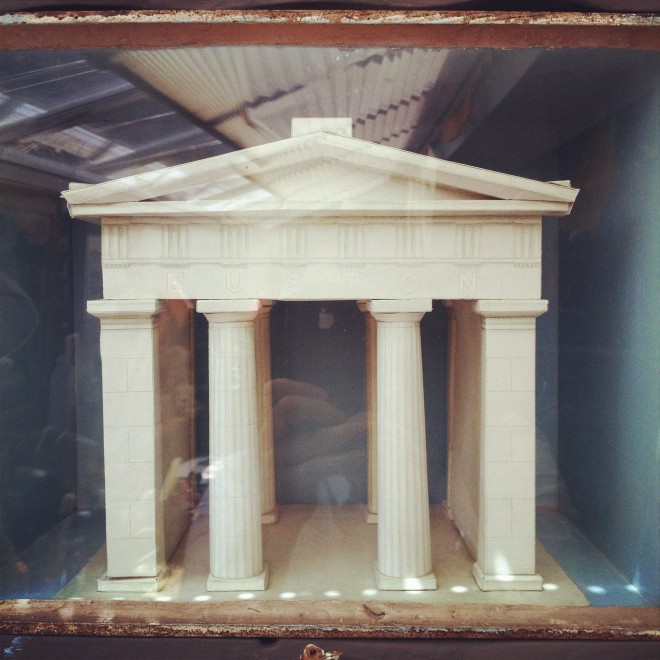 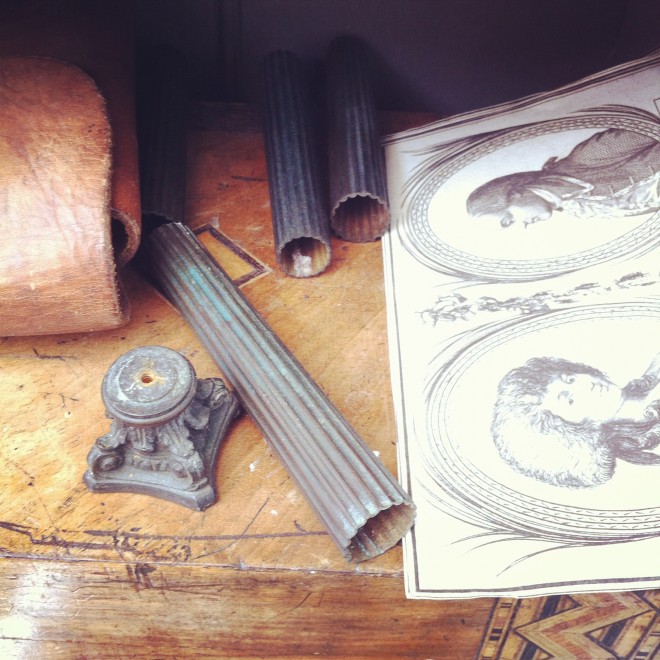 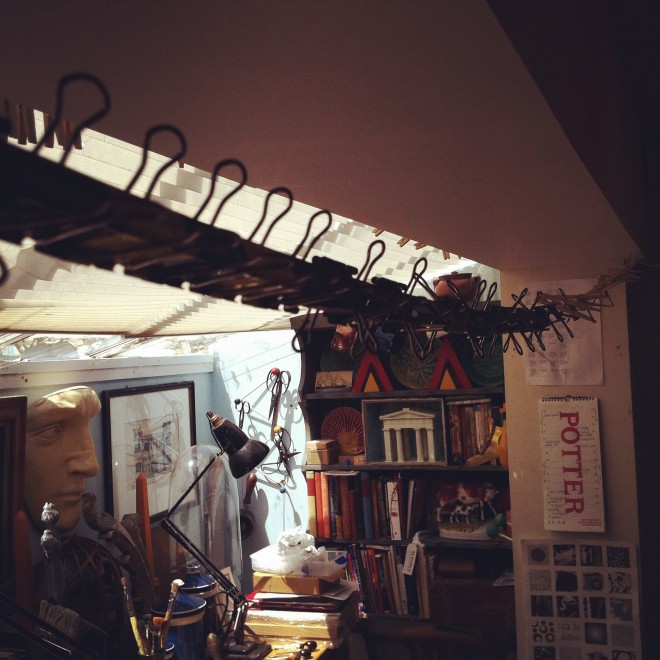 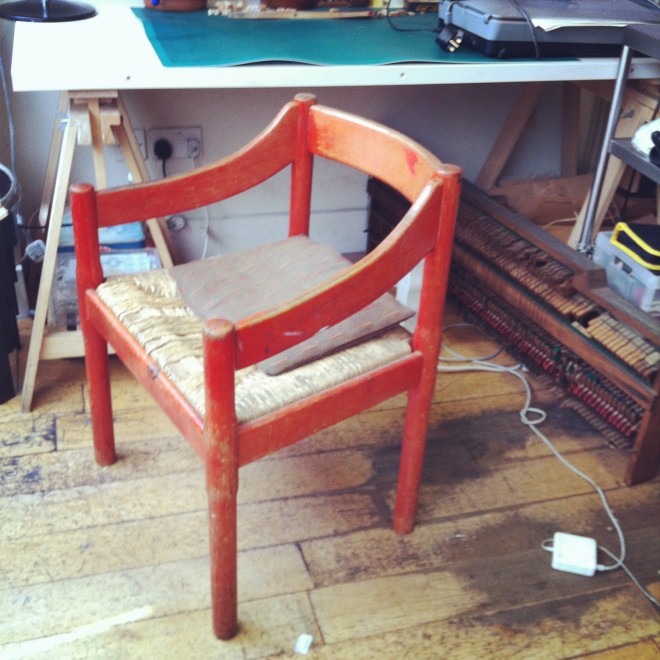 Ed Kluz is an artist, illustrator and printmaker. His work explores perceptions of the past by reimagining historic landscapes, buildings and objects. English Romanticism and early topographical drawing underpin his approach to image making. He has a particular interest in the eccentric, vanished and uncanny; follies, lost country houses, ruins and artefacts provide a constant source of inspiration.

He asks, ‘How do you look back at the past in a new or unique way? It’s the only way I feel I can get a sense of it. The past is uncanny: familiar yet odd, not right. How can we get into the headspace of the people living during these times? To me the best resource we have is through architecture, where we can see these pioneers of new industry and old expressing their fortunes – not always honourably gained – their dreams, their failures and vulgarities.

‘A country house is like a piece of amber: it holds its form in a moment. They evolve, live and die like we do, but their lives go on beyond the original occupier. They were erected in a time of prosperity, which in many cases was fleeting. These houses were stage sets, theatrical constructs to people’s ambitions with a fine line between what was tasteful and what was vulgar. These are the ideas I try to make sense of and express.’

After spending some time in Ed’s studio he took me to the Brighton Pavilion, a place I thought captured his thoughts perfectly. 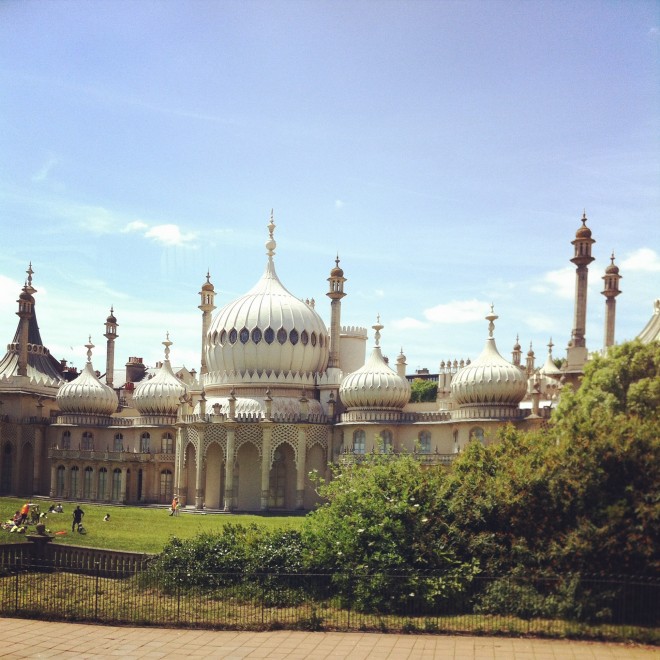 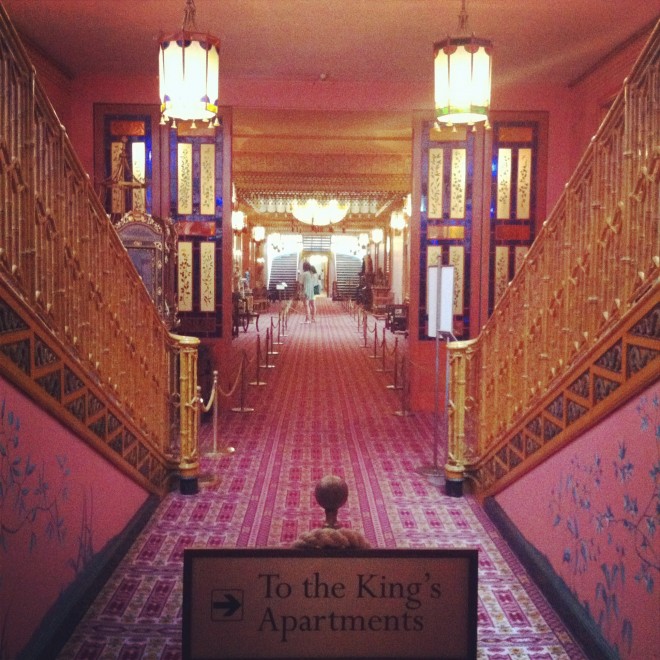 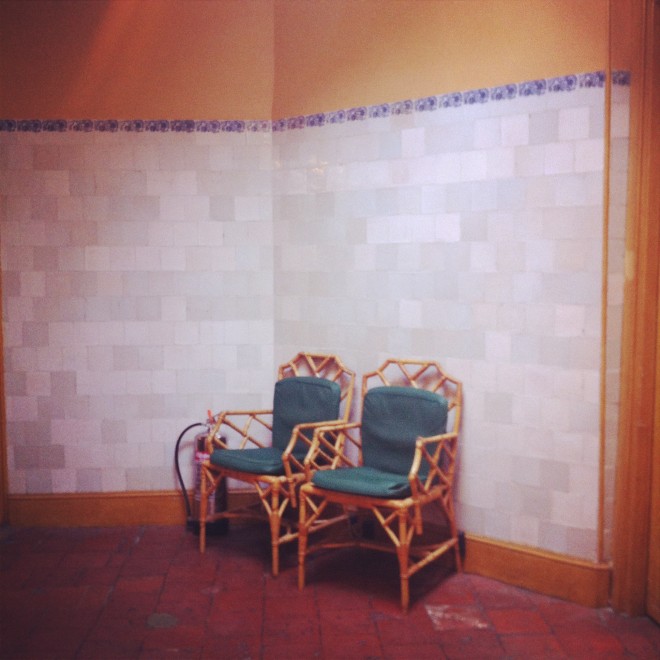 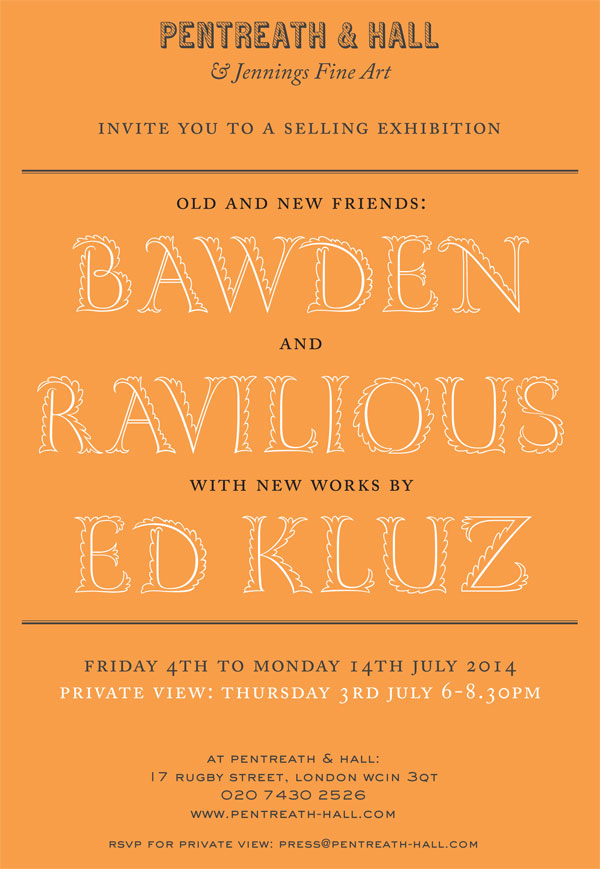 Join us and meet Ed at the Private View of ‘Old and New Friends: Bawden and Ravilious, with New Works by Ed Kluz’ from 6.30–8.30pm on Thursday 3 July. The exhibition runs from Friday 4 July to Saturday 14 July.

Read about Ed’s flat in the July issue of World of Interiors.