Don’t you love these days as late summer slips into early Autumn; not quite frosts, yet, but heavy, wet dews and misty mornings and then burning hot afternoons? My good friend George came to stay with Barnaby & Wilfred, his two boys, and it was just one of those weekends. Saturday dawned with beautiful mist rising through the valley. 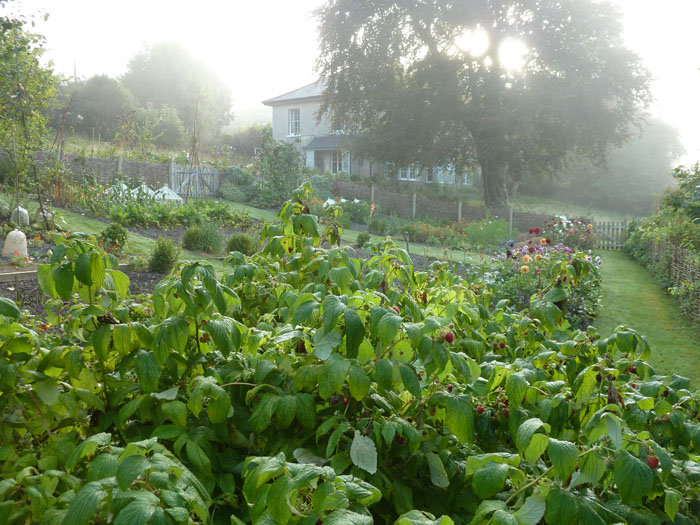 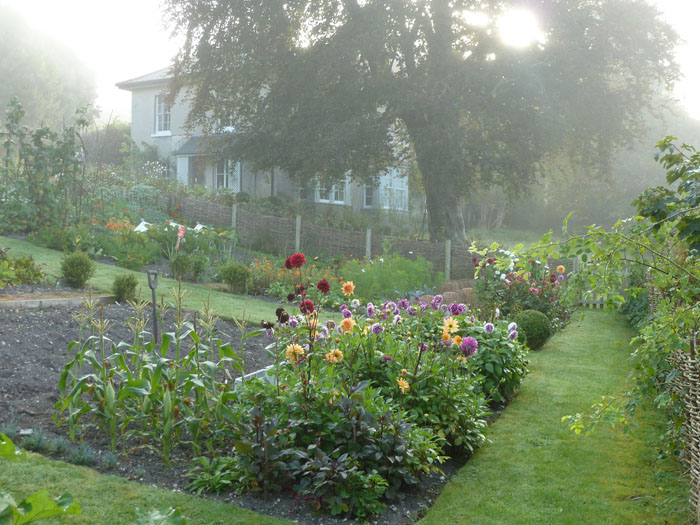 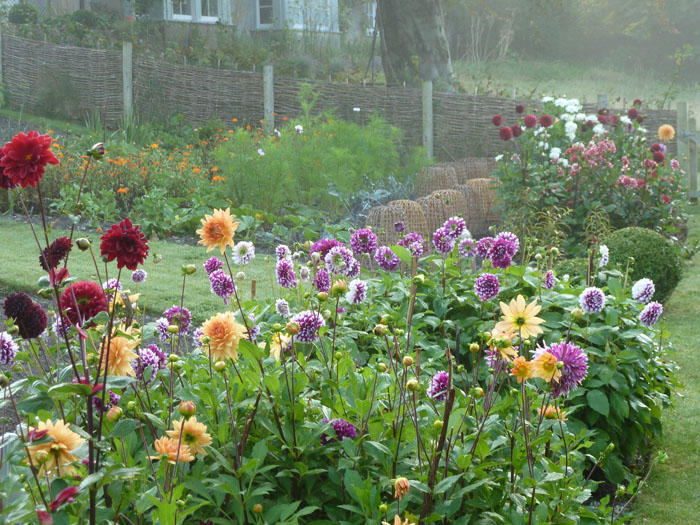 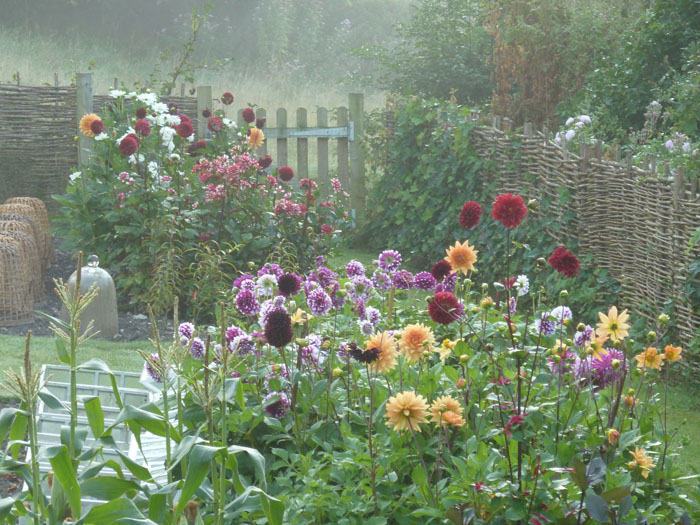 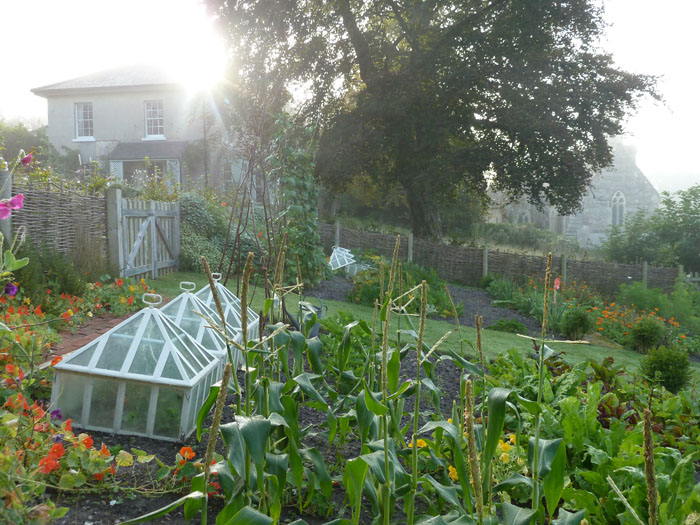 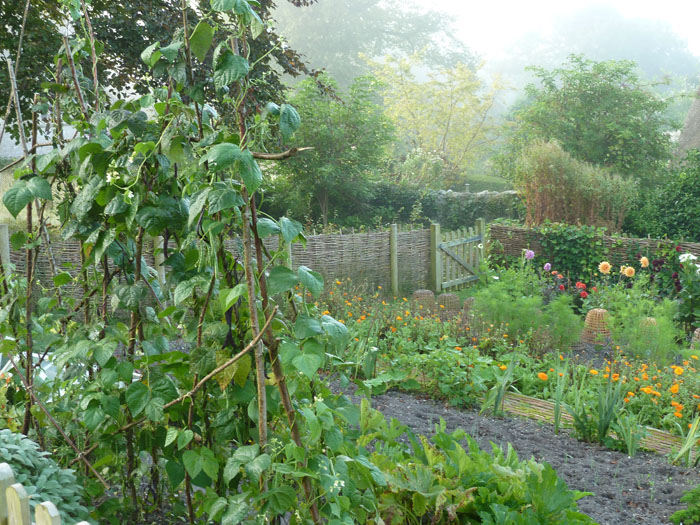 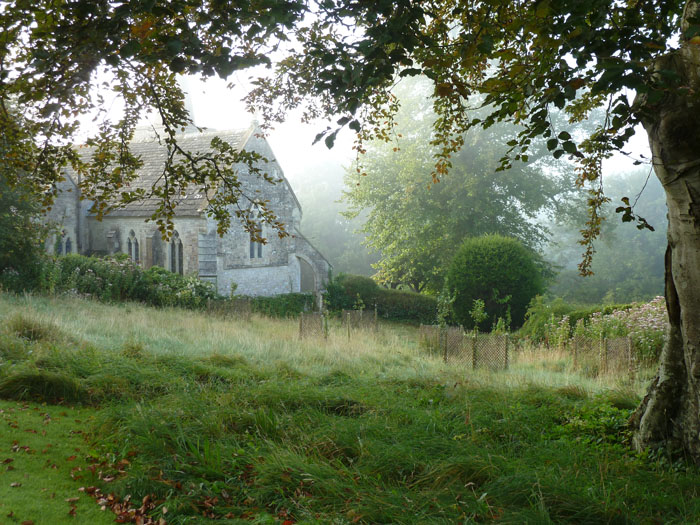 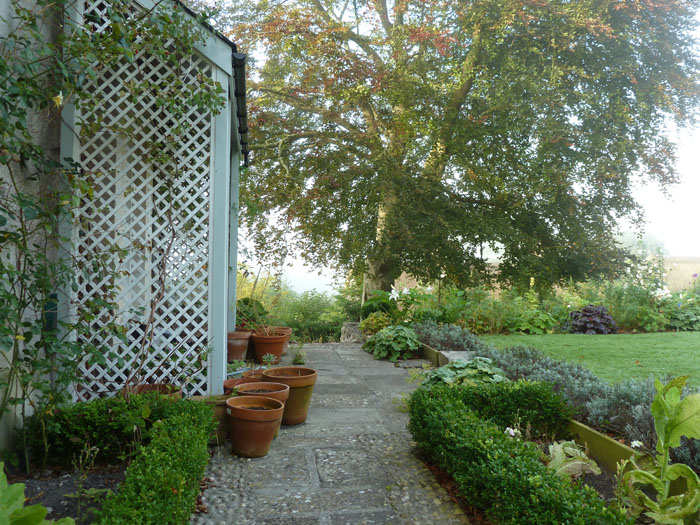 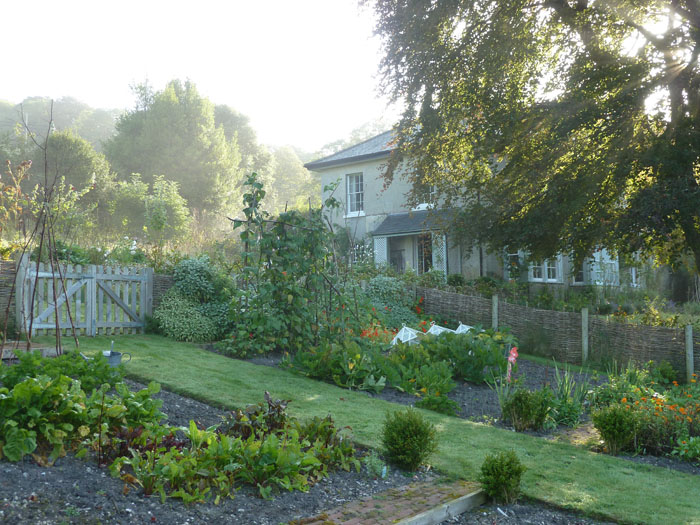 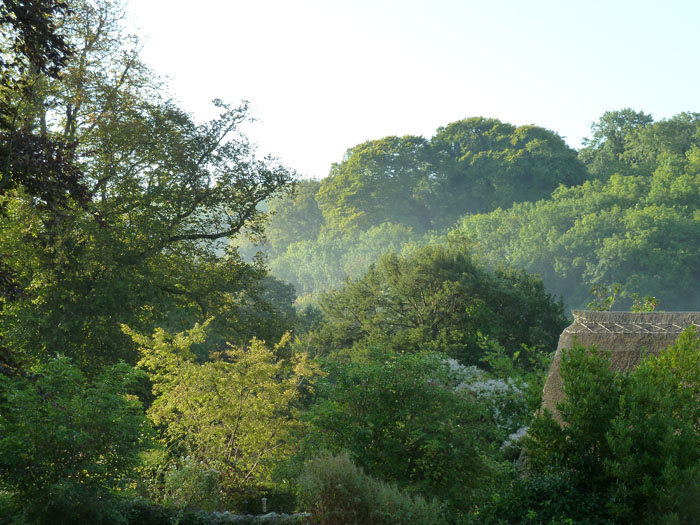 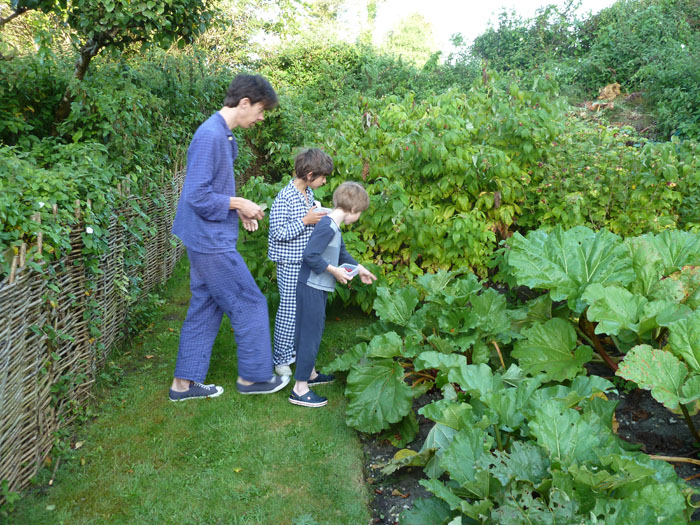 Having collected our raspberries for breakfast (blue pyjamas, anyone?), and generally woken up, it was time to get on with the day and we decided to go fossil hunting at Charmouth, on the extraordinary Jurassic coast. I can’t say it was a particularly successful hunt but Wilfred found half a tiny ammonite and I had a perfect time soaking up the hot sunshine for a couple of hours. The beach shimmered in the haze while happy searches were carried out by hundreds of people from one end to the other… I am not sure with any significant results. But no-one seemed to care; it was a nicely careless afternoon. 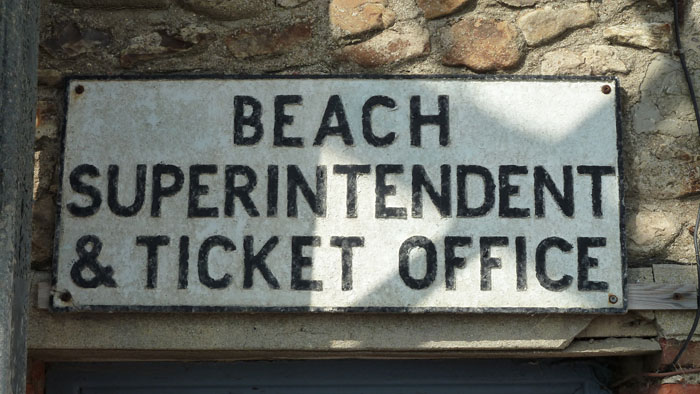 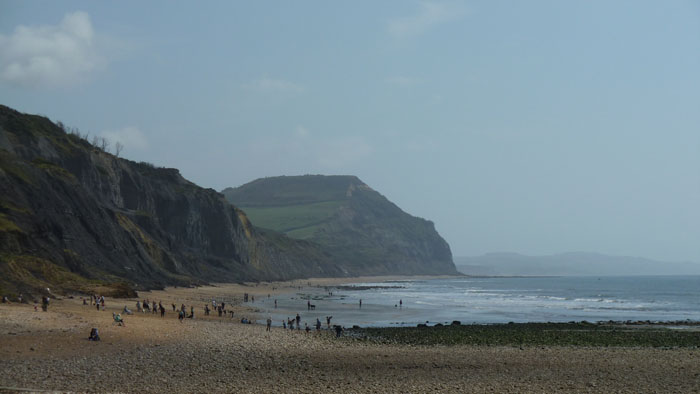 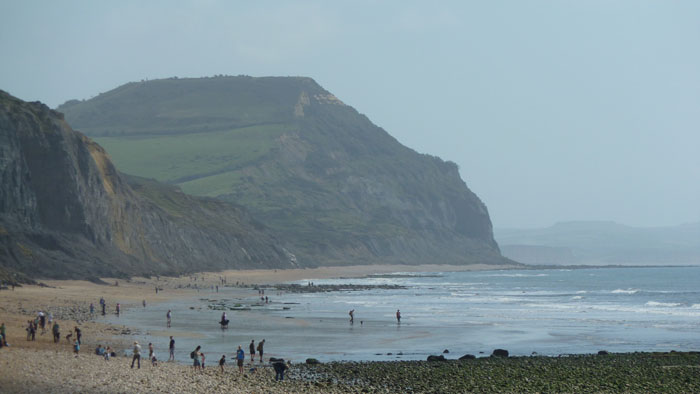 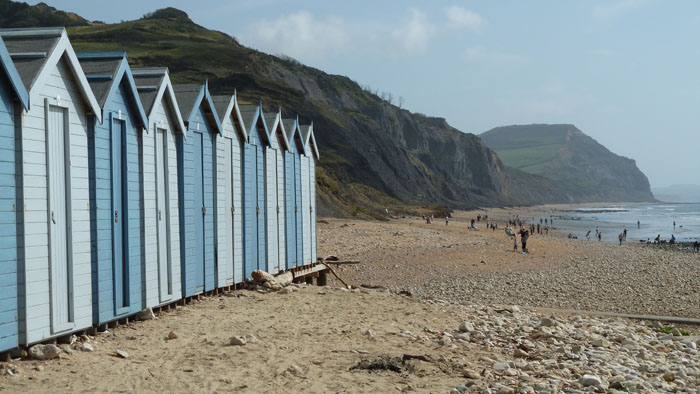 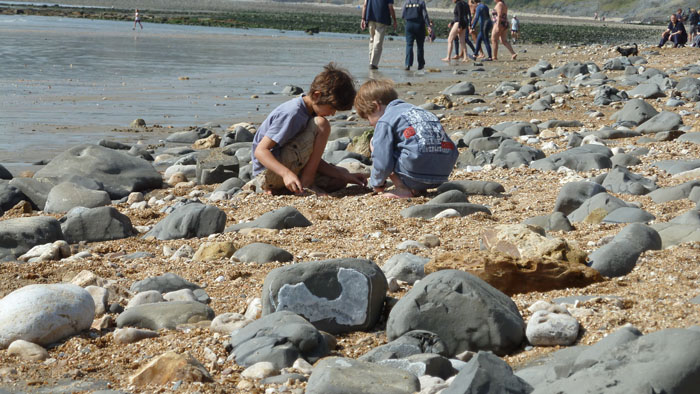 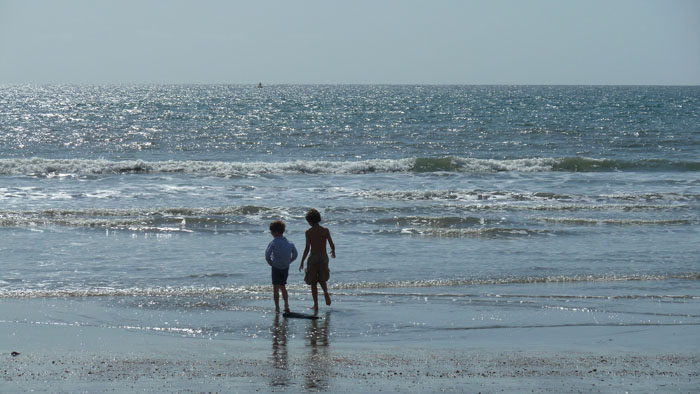 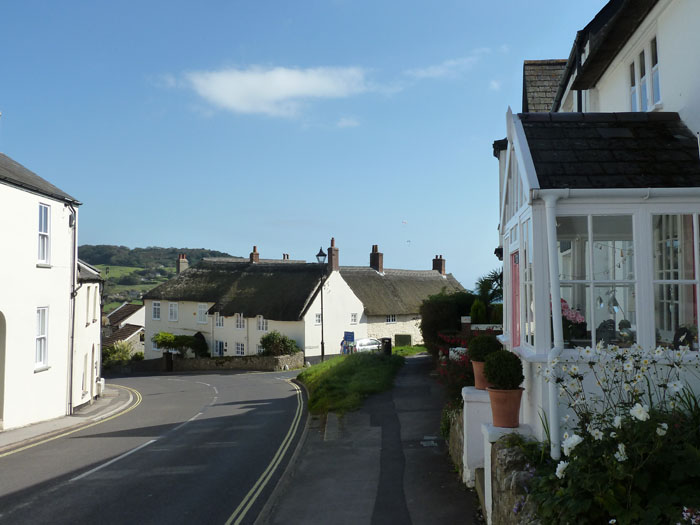 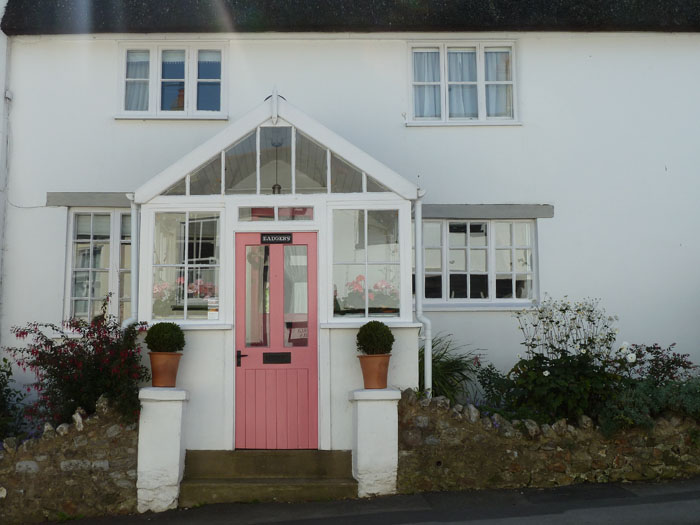 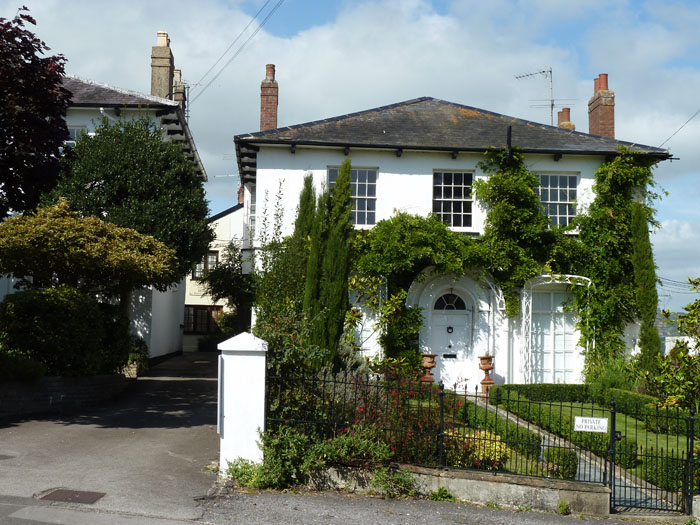 After pottering around in Charmouth, admiring the regency villas and eating fish and chips, it was back to the OP for a snooze in the garden for me (football for others). And then we had a crazy social club evening – a treasure hunt around the Bride Valley. Insane clues had been set and teams of cars set off, hurtling around the lanes in search of answers. The hilarious moment would be when you meet another team driving in the opposite direction… One of us had to be wrong!

Needless to say there was no time to take a photograph, but we ended up at the village hall for a superb barbecue and to find that we were the winning team. £5 each to Barnaby and Wilfred, which was a pretty exciting end to what was frankly a pretty exciting afternoon. Long live Indian Summer days. 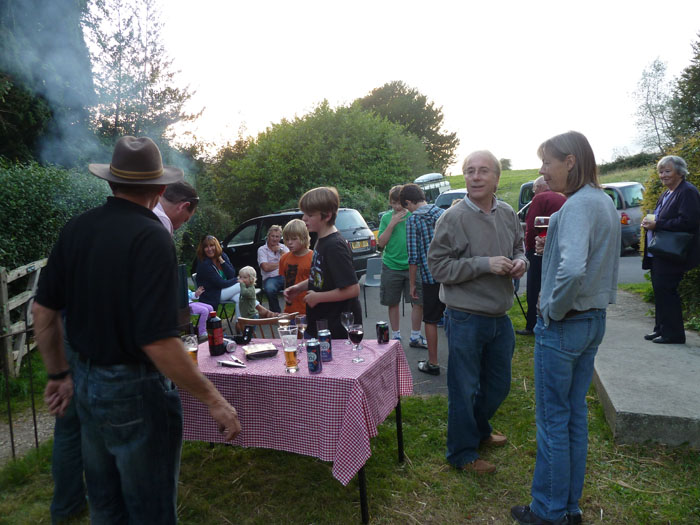 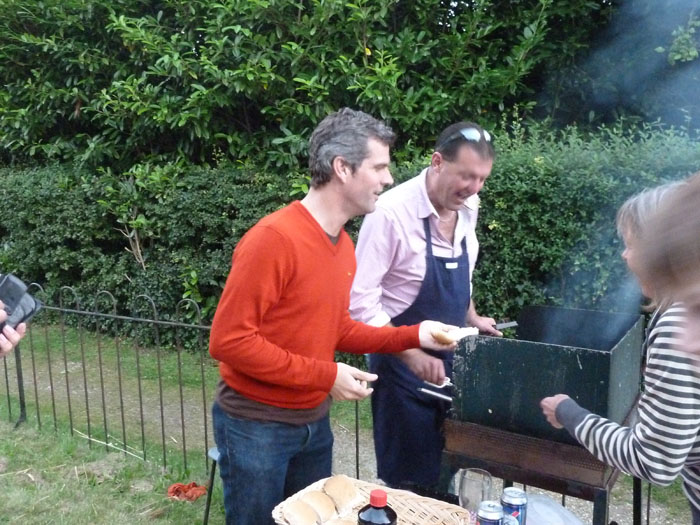 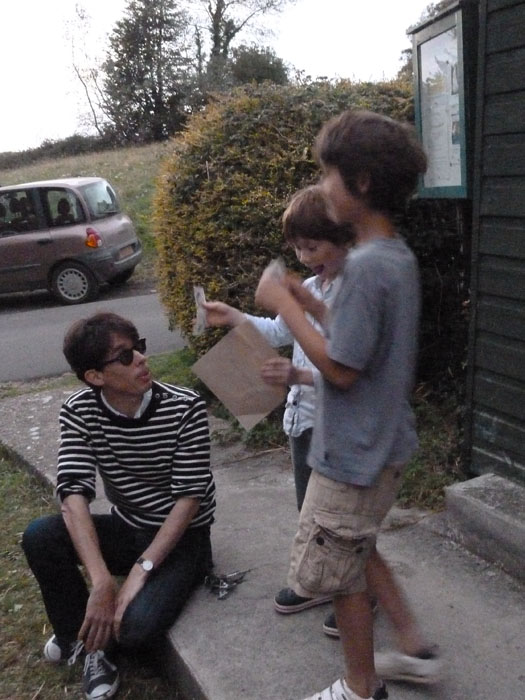 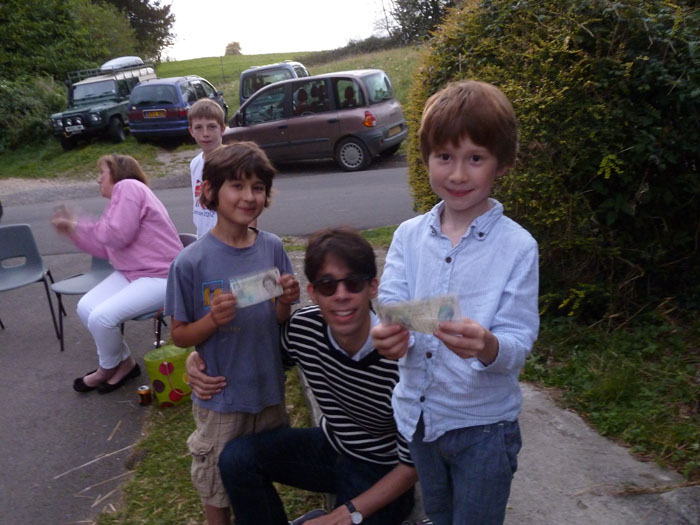