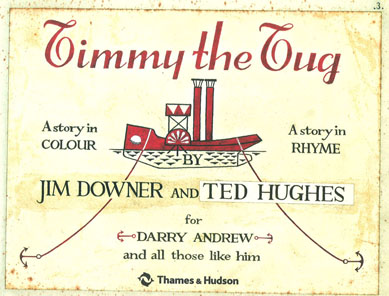 On the 21st of September we had a rather special gathering at Ben Pentreath Ltd. It was the publication date for ‘Timmy the Tug’.

Illustrated and written in 1952 by gaslight on the top floor flat of 18 Rugby Street. Jim Downer planned to impress a certain young lady into believing he was “a suitable sort of a husband – someone who might even make make a good father, and someone who perhaps had the romantic ambition of being an artist” (Swoon). At this time Number 18 was filled with artistic types, coming and going, all being impossibly creative. At the communal sink in the middle floor landing one day Jim was to strike up a friendship with Ted Hughes.

Upon discovering Jim’s attempts at wooing and courtship, Ted had only kind words about Jim’s work but offered his services in the prose department and took ‘Timmy’ away with him. 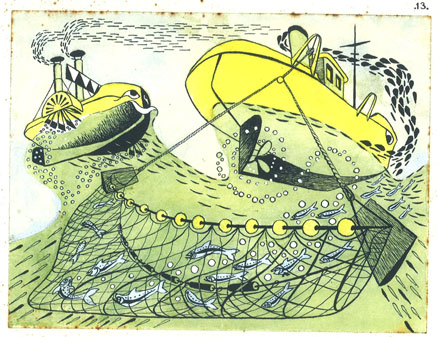 Time went by and life moved on. It turned out Jim didn’t need ‘Timmy’ to get the girl, he managed that on his own. Ted and Silvia left for America and ‘Timmy’ was relegated to a drawer, forgotten about.

Until, in 2008 ‘Timmy the Tug’ was unearthed by Ted Hughes widow Carol and it was returned to its rightful owner. Much to Jim’s delight Ted had been as good as his word and had written his verses.

‘Timmy’ was ready to set sail and it was Thames and Hudson who got everything ship shape, faithfully reproducing a complete facsimile of the work in hardback for everybody to enjoy. It was they, who on the 21st of September, bought Jim to Rugby Street for the first time in 53 years to break a bottle or two of champagne on ‘Timmy’ and give Jim the opportunity  to re-visit his old digs. Thanks to Bobby, a current tenant of Number 18, Jim was given the grand tour and shown how things are now. Not much has changed except the loo isn’t in the coal store anymore. I imagine it would have been quite nerve wracking coming back to a place where so much began all that time ago.

After a few hours, I think it is safe to say Jim had a pretty good impression that things haven’t changed much here on Rugby Street. Number 18 is still filled with impossibly artistic types, coming and going, doing impossibly creative things. And Rugby Street is all the better for having a little bit of it’s past immortalised for us all to enjoy. So we all live happily ever after. 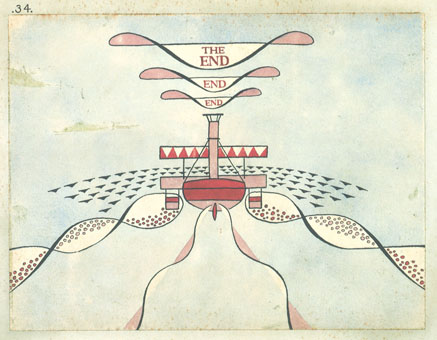