The snow was wonderful.  I love the sense of disruption: a bit like the flu, when you have to cancel carefully laid plans left right and centre; but this time, everyone is in the same boat. So, I didn’t head out to the Cotswolds, early on Friday morning as planned, and then drive down to Dorset. That would have been total madness. Charlie had gone down with Mavis and Sibyl a day early to get ahead of the snow. And promptly found himself deeply snowed in, the village completely cut off, and without power for twenty four hours.  Thank god for ancient oil-fired AGAs at moments like that, chugging away, keeping everyone warm and giving somewhere to cook.

Back in London, we had a fun night in the pub with the office on Friday. I’d expected the storms to blow away by Saturday morning and that I’d catch the train down without problems.  But unfortunately no trains were running to Dorchester at all. Eventually I caught a train to Salisbury and all was well – Charlie could get out of the valley to come and collect me, driving across the snowy Plain.

We got home to find that the boiler had broken, so it’s been an interesting weekend of no heat and no hot water. Nice in its way – but makes one realise precisely how good the invention of “hot and cold running”, and baths, and showers is.

This morning, we took Mavis for her walk and found the landscape like a lucid, grey watercolour. 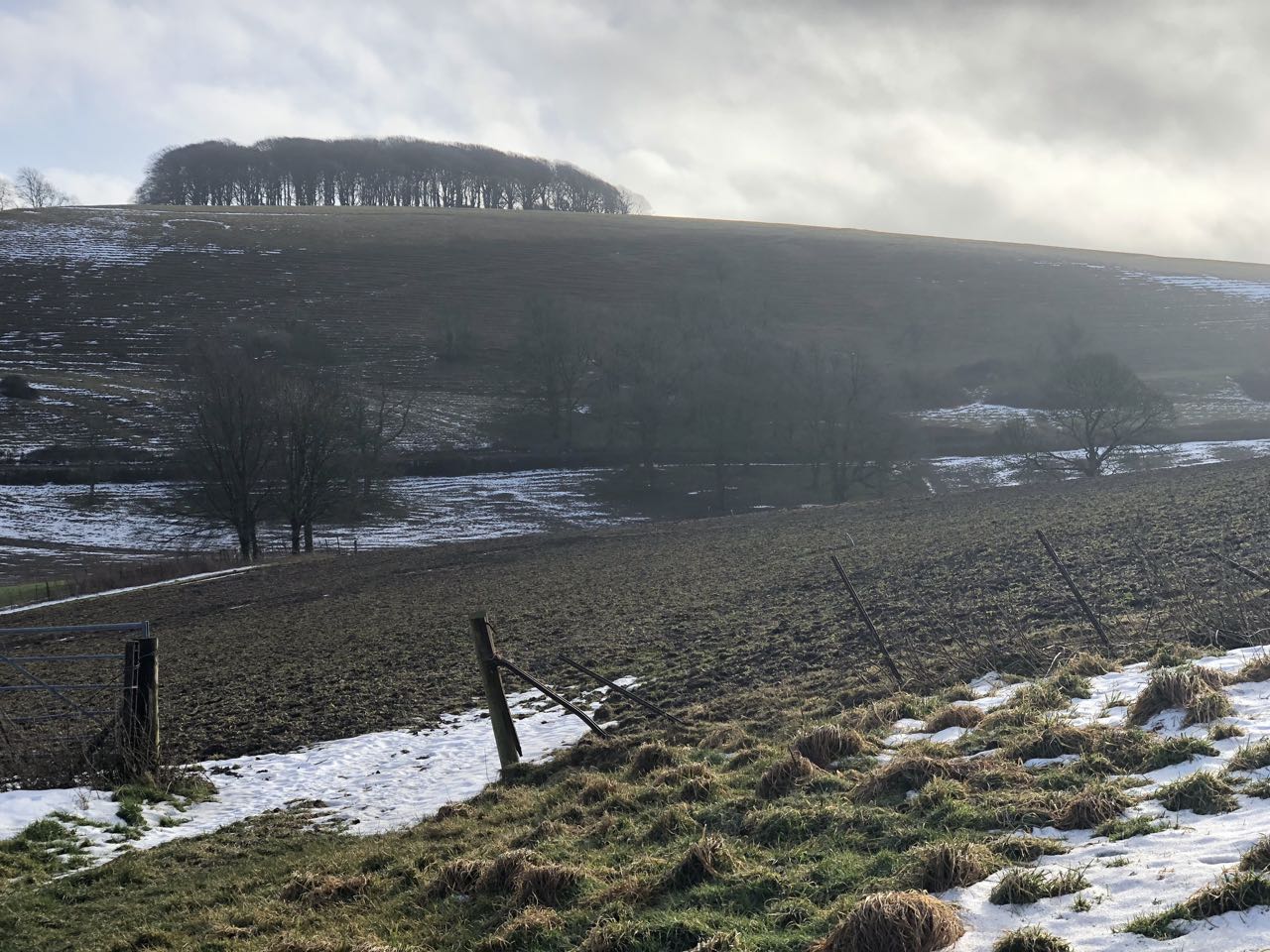 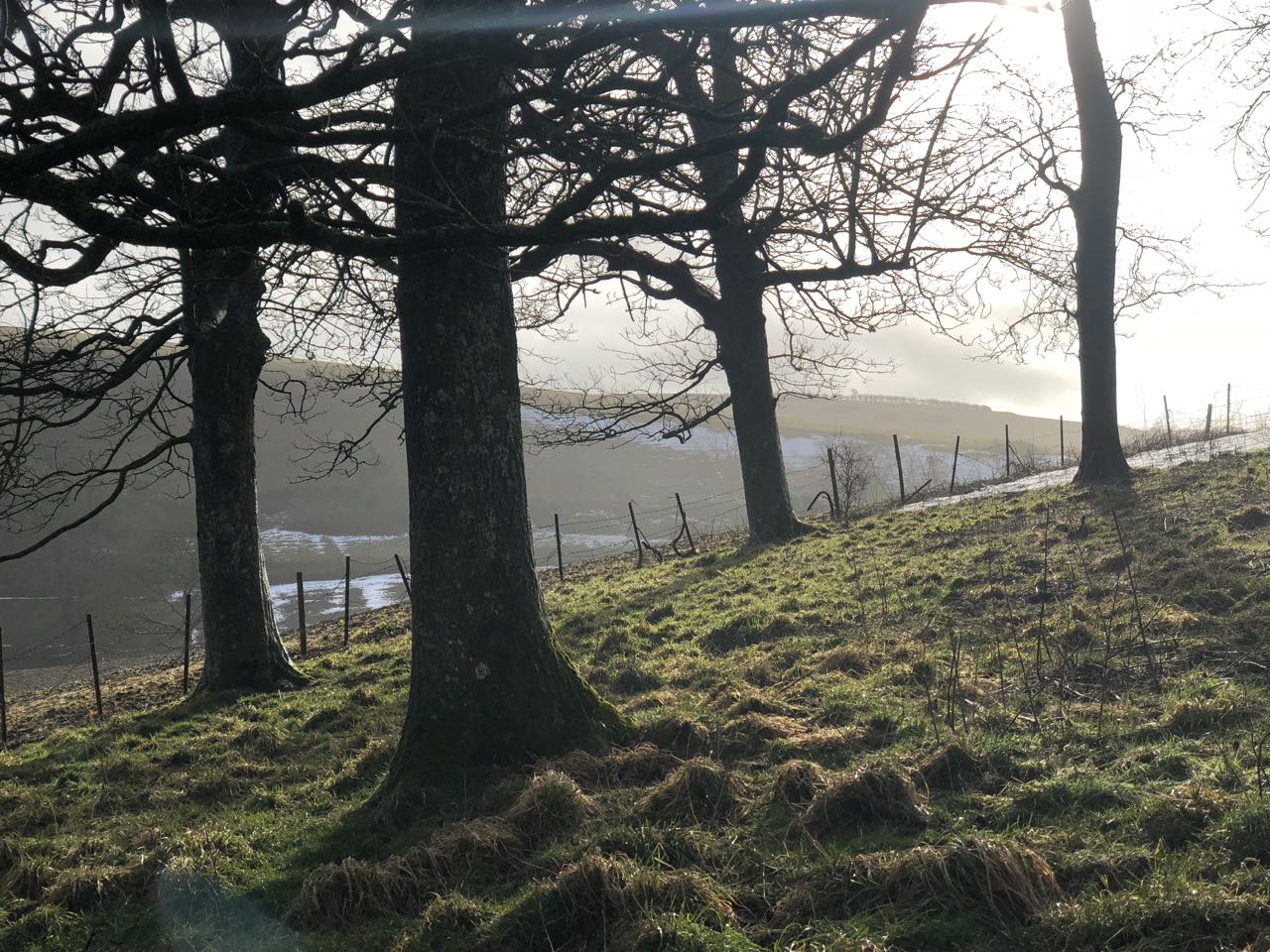 No one I know painted that moment of the thaw, snow lingering in corners, more beautifully, and more relentlessly, than John Nash – the less well-known brother of the much more famous Paul, but I can’t help but prefer John’s work by miles. So many of his paintings show that strange moment when the snow is just clinging on.  He must have loved and waited for the thaw with as much excitement as a child must have had at the first flakes of the white-out. 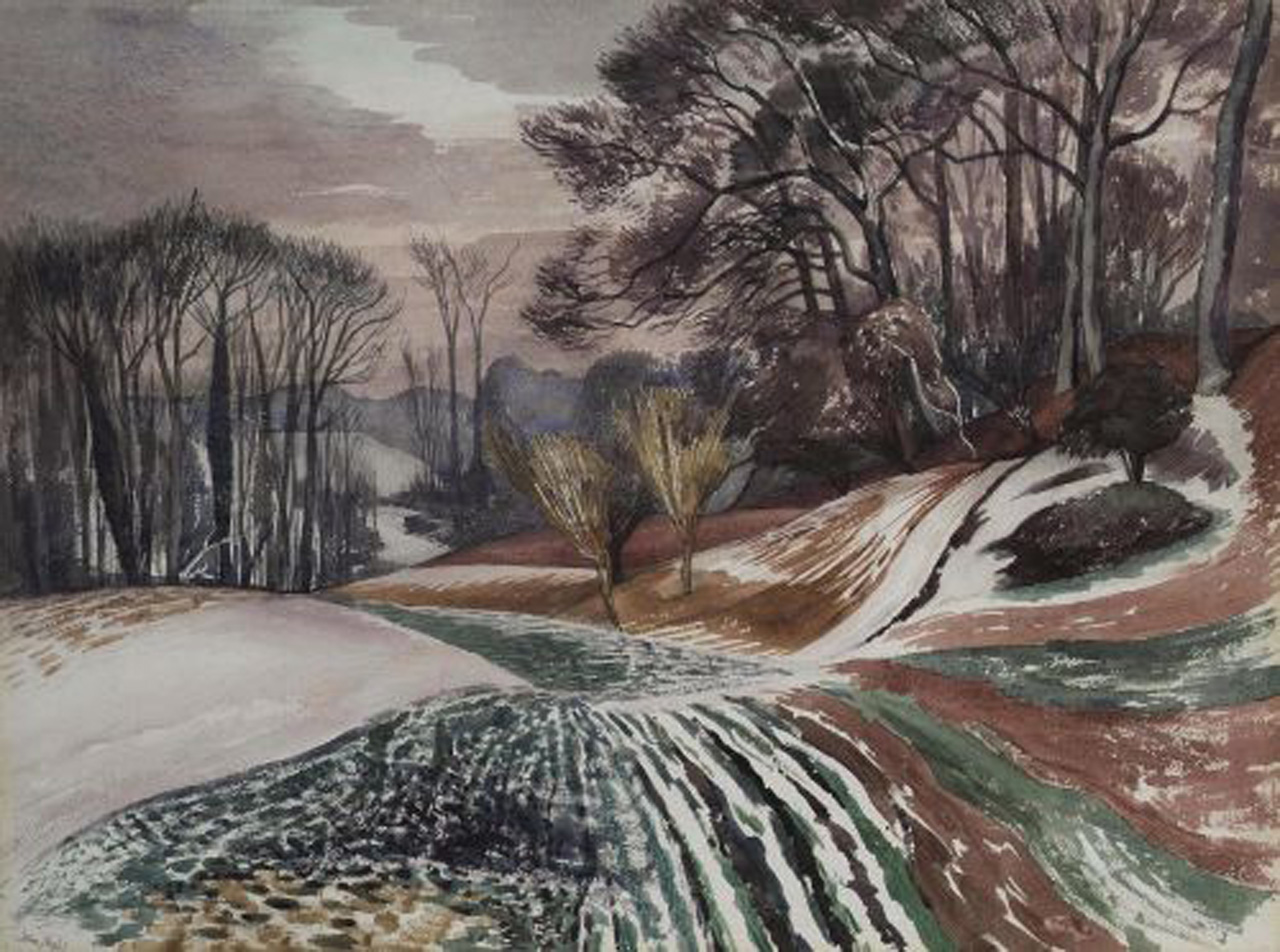 It’s probably true that most of us prefer the more magical moment when the entire earth is blanketed in snow. Things seem simpler and purer that way. As the dirt and earth re-emerges, life reminds us that it’s complicated and messy and that nothing ever works out so smoothly in reality. 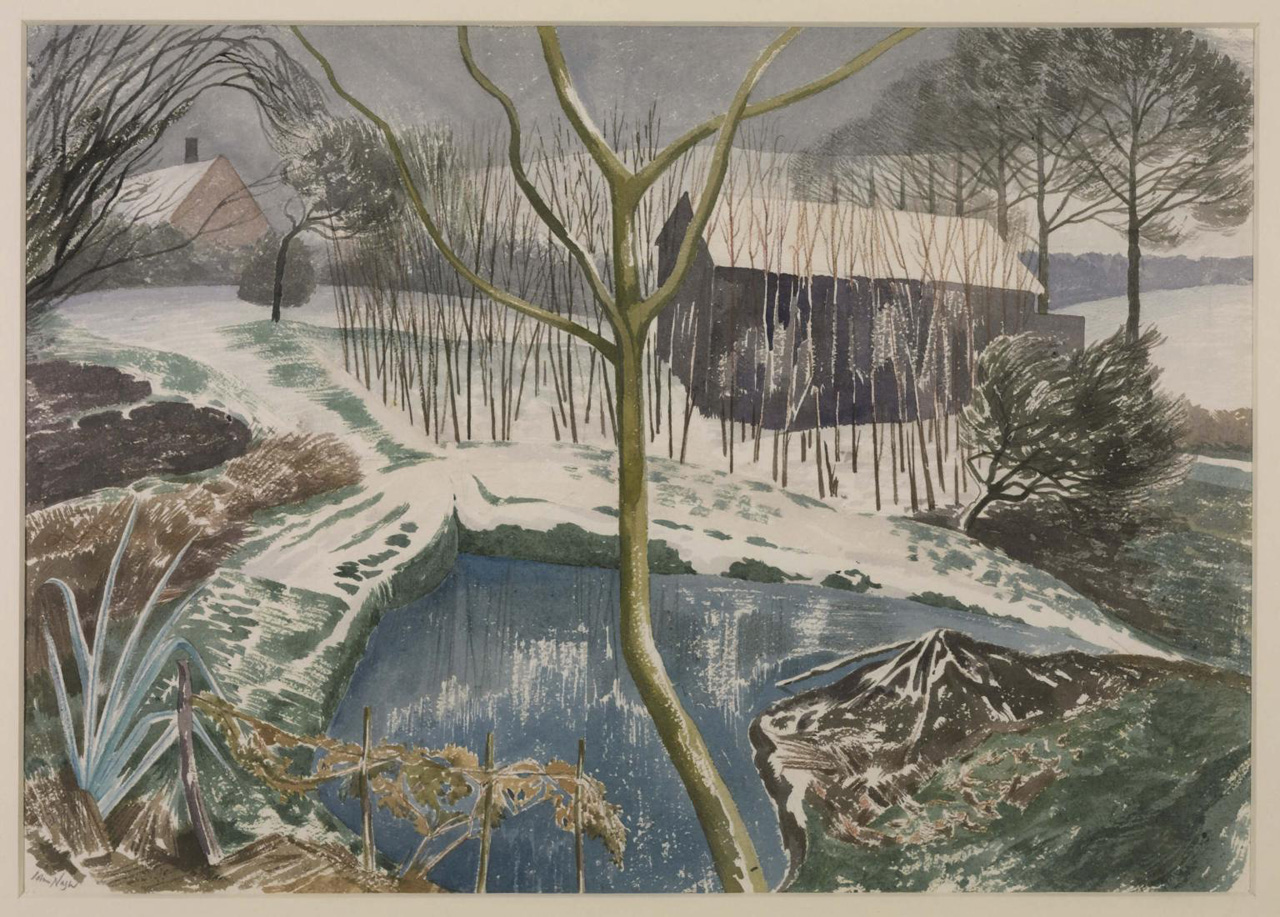 Nash is really the only person I know who investigated that moment so thoroughly.

High up on the hillside we found a tiny calf that had become separated from its mother.  Picking it up, and finding it to be lighter than Mavis, I thought it was probably easy to carry it down the steep hill rather than call Tom, the farmer. There was something rather magical about this little animal, more legs than body, with its furiously beating heart, getting more and more excited as it got closer to its mum. A good feeling – a first for me, I’ll admit, to carry a calf. 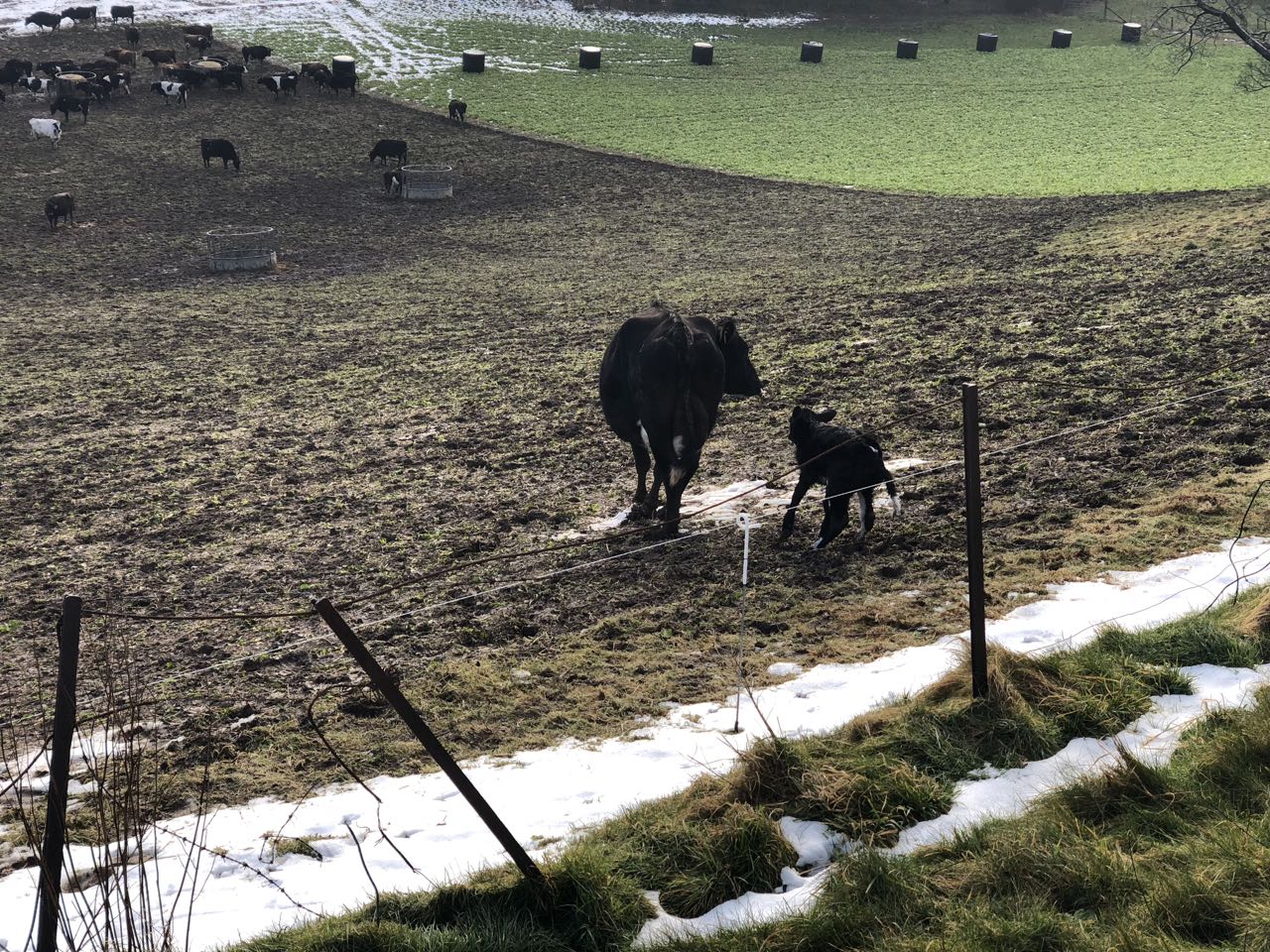 This afternoon the sun came out and we opened a bottle of champagne to celebrate what felt like the return of spring. Charlie was baking a cake for my brother’s birthday and basically the kitchen quietly turned into a lifestyle magazine shoot. 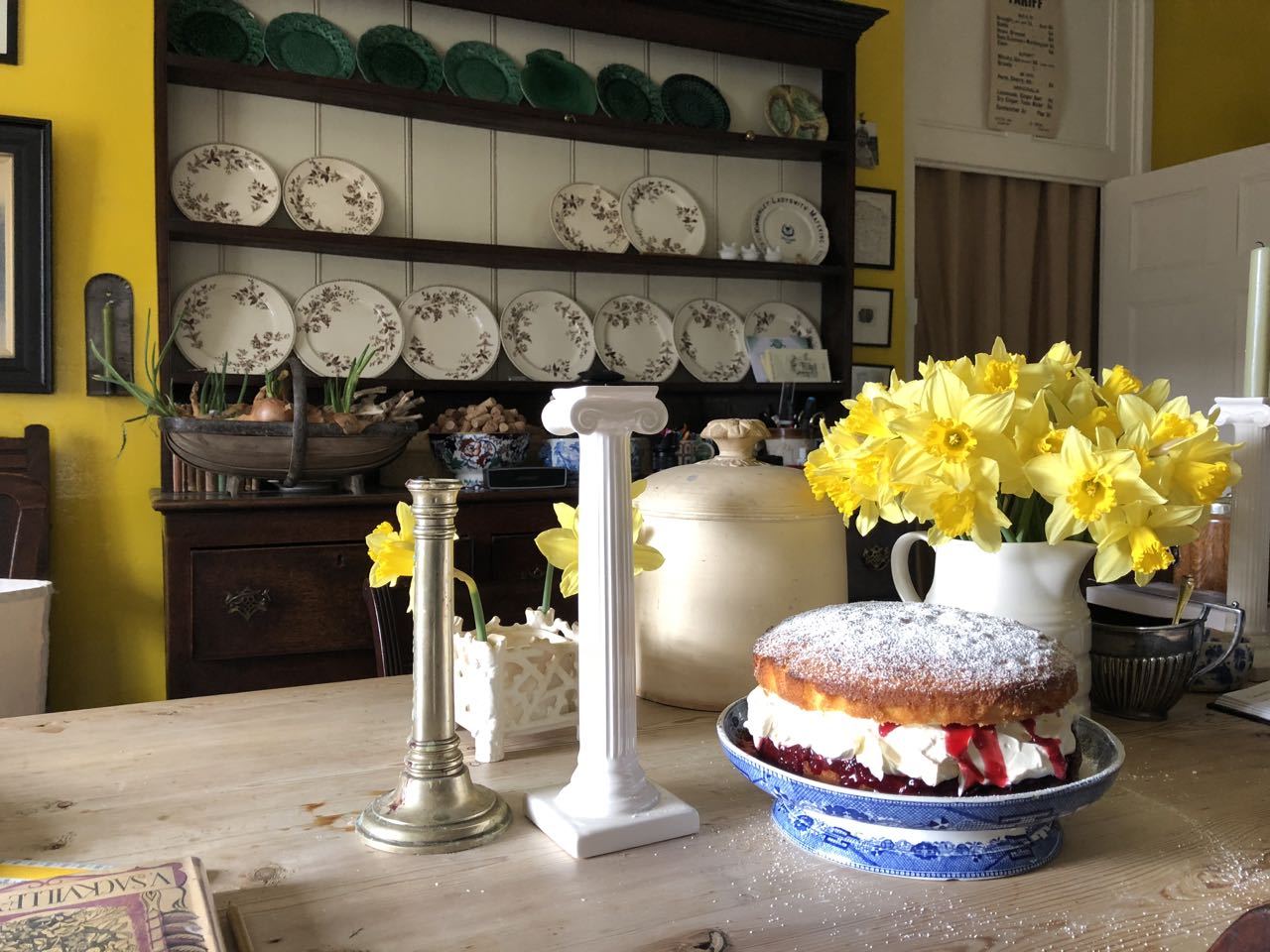 You see what I mean (that’s the i phone ‘portrait’ setting in case you hadn’t noticed).   Also, that’s a Pentreath & Hall Ionic candlestick if you need one: about the most exciting thing Bridie and I did last year was bring out that candlestick – the realisation of a rather long dream. 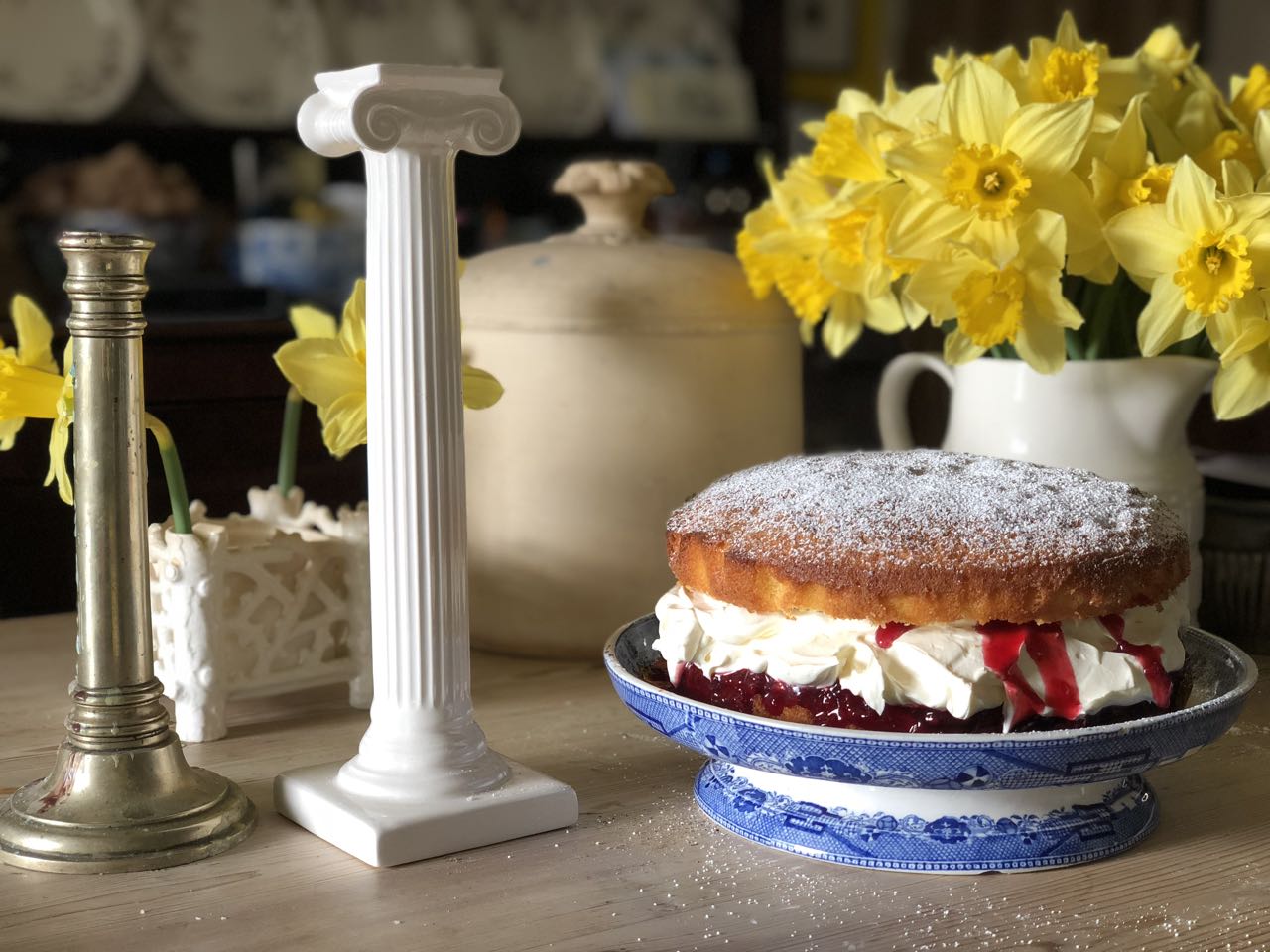 Mavis and Silbyl are being ridiculously cute and funny with each other. 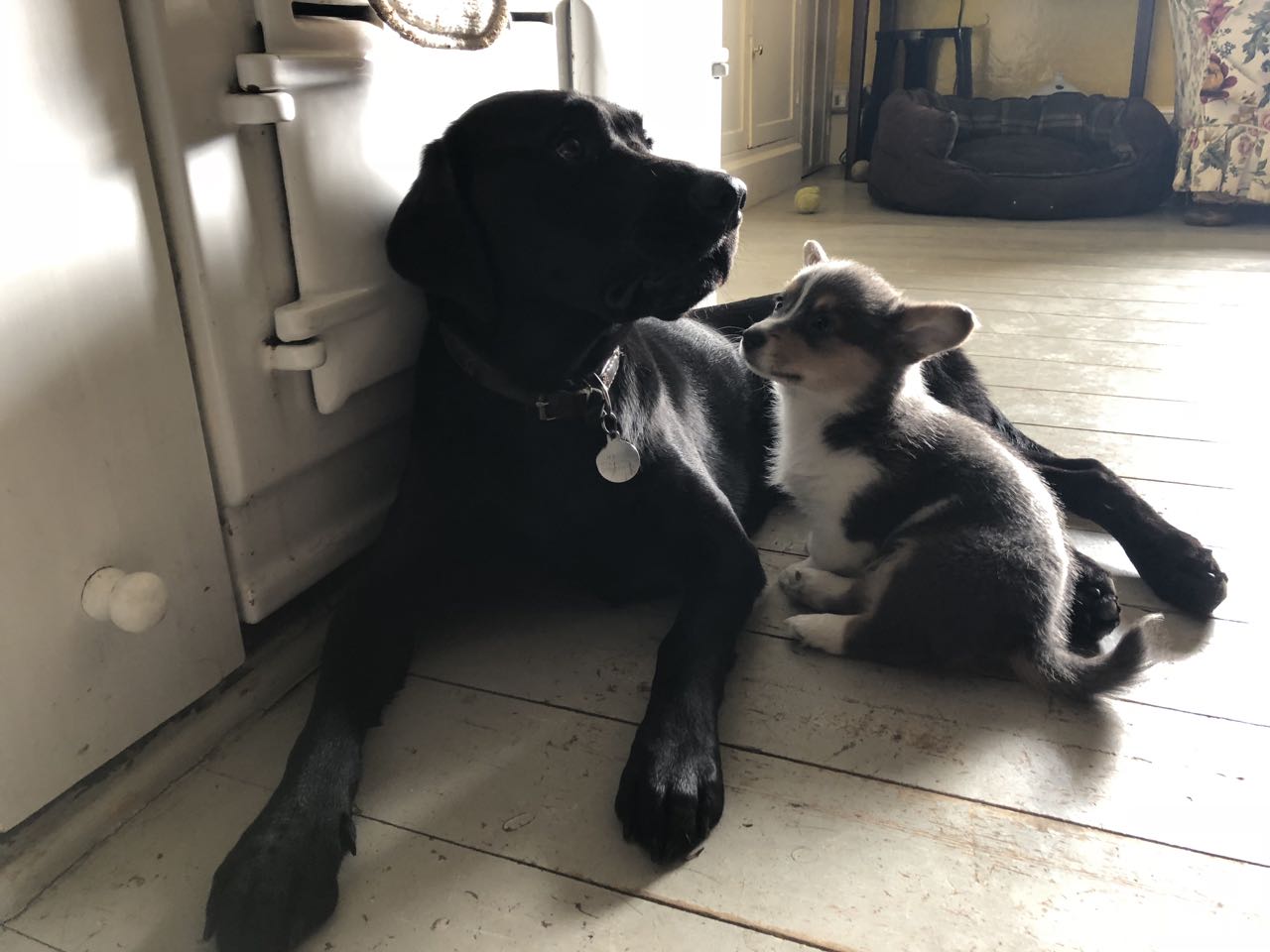 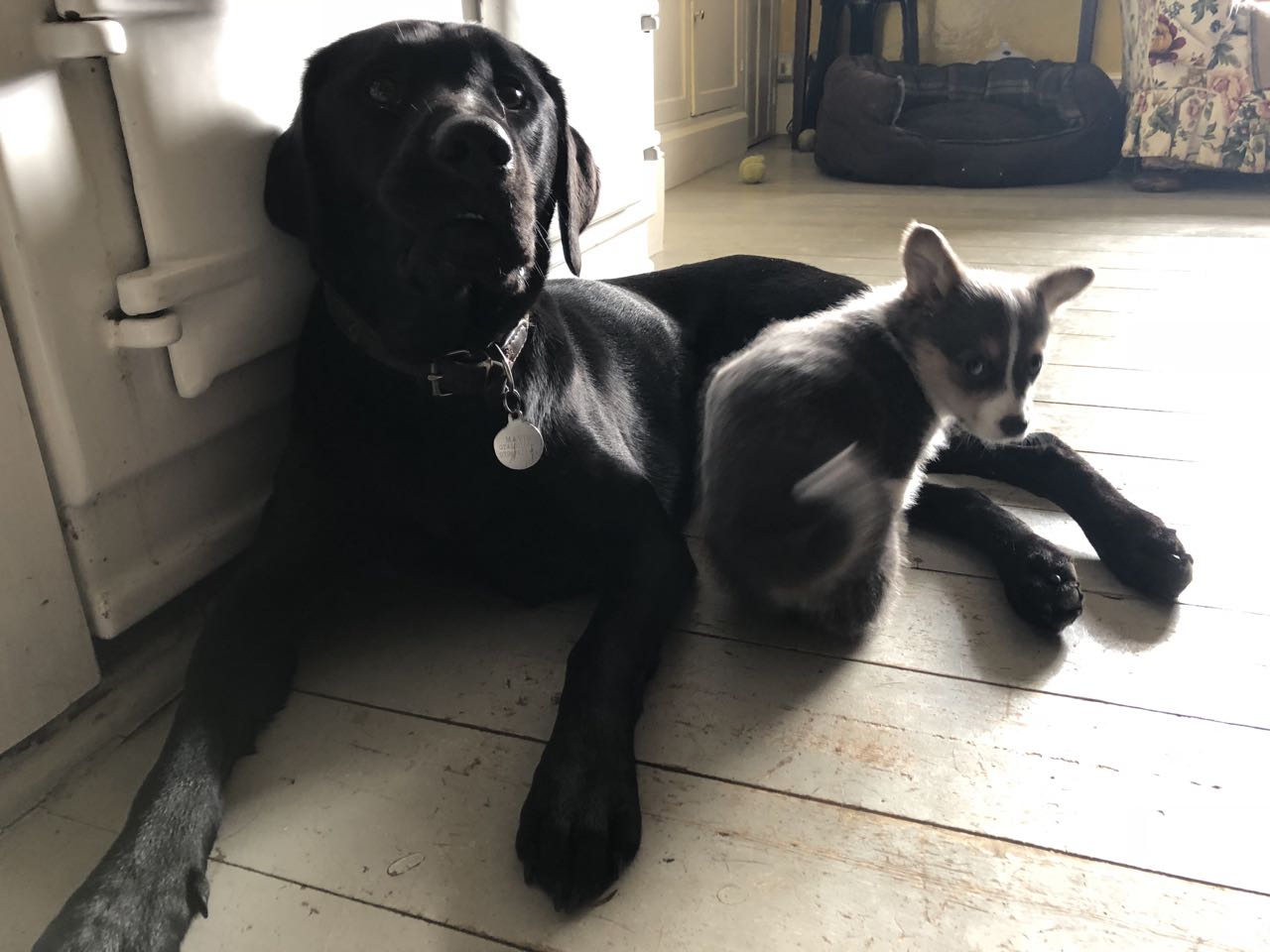 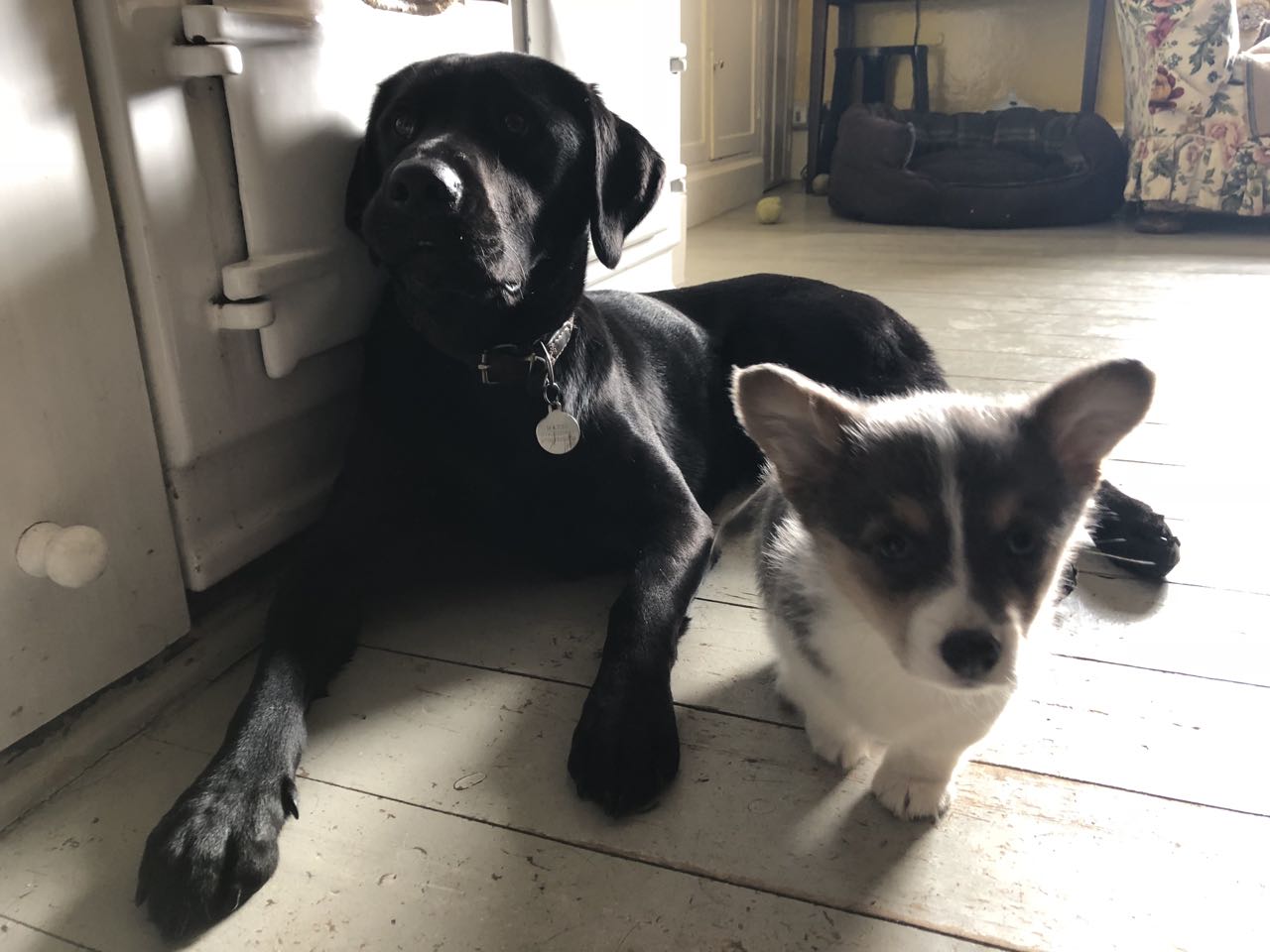 Sunshine streamed into the kitchen. 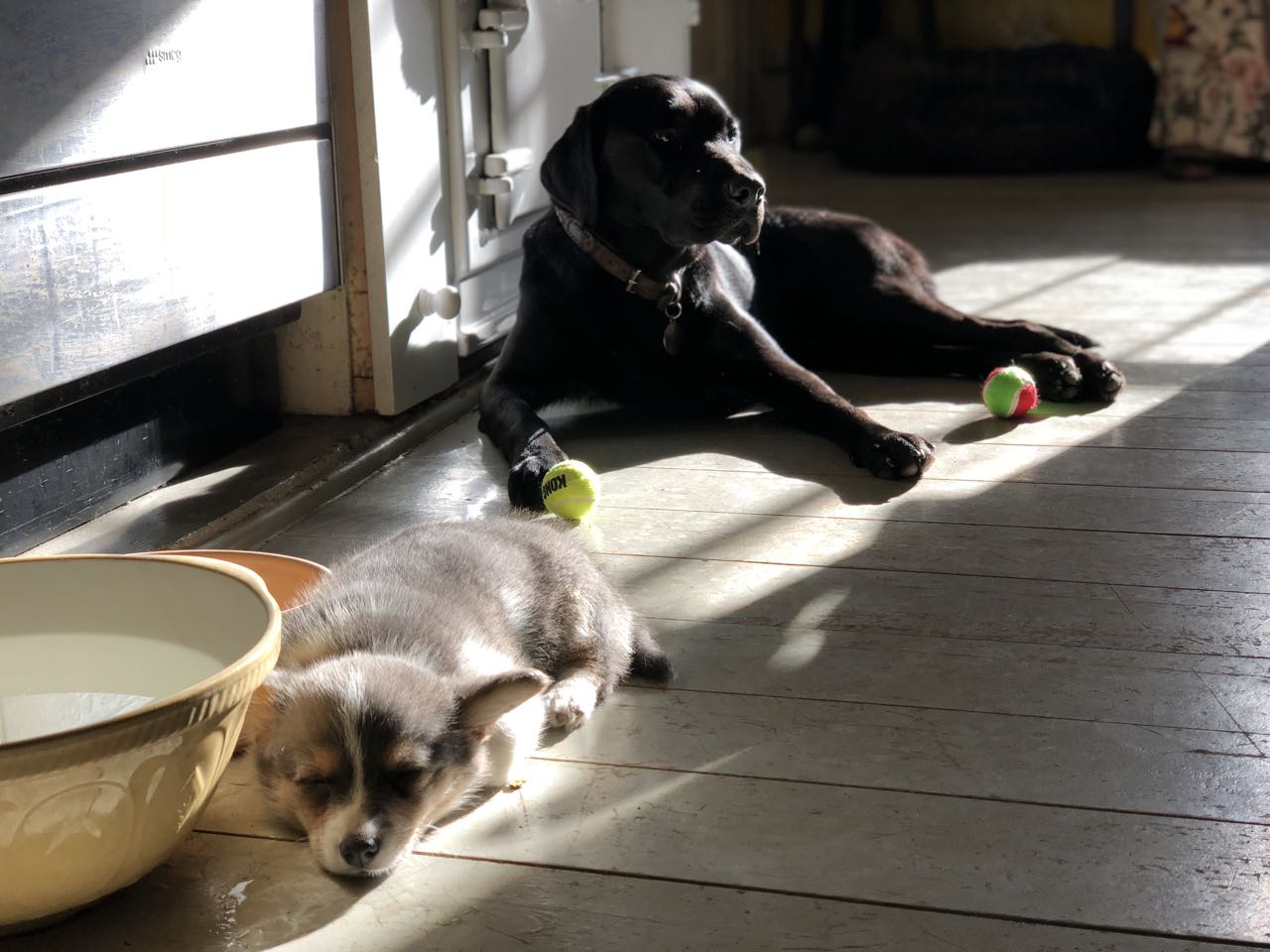 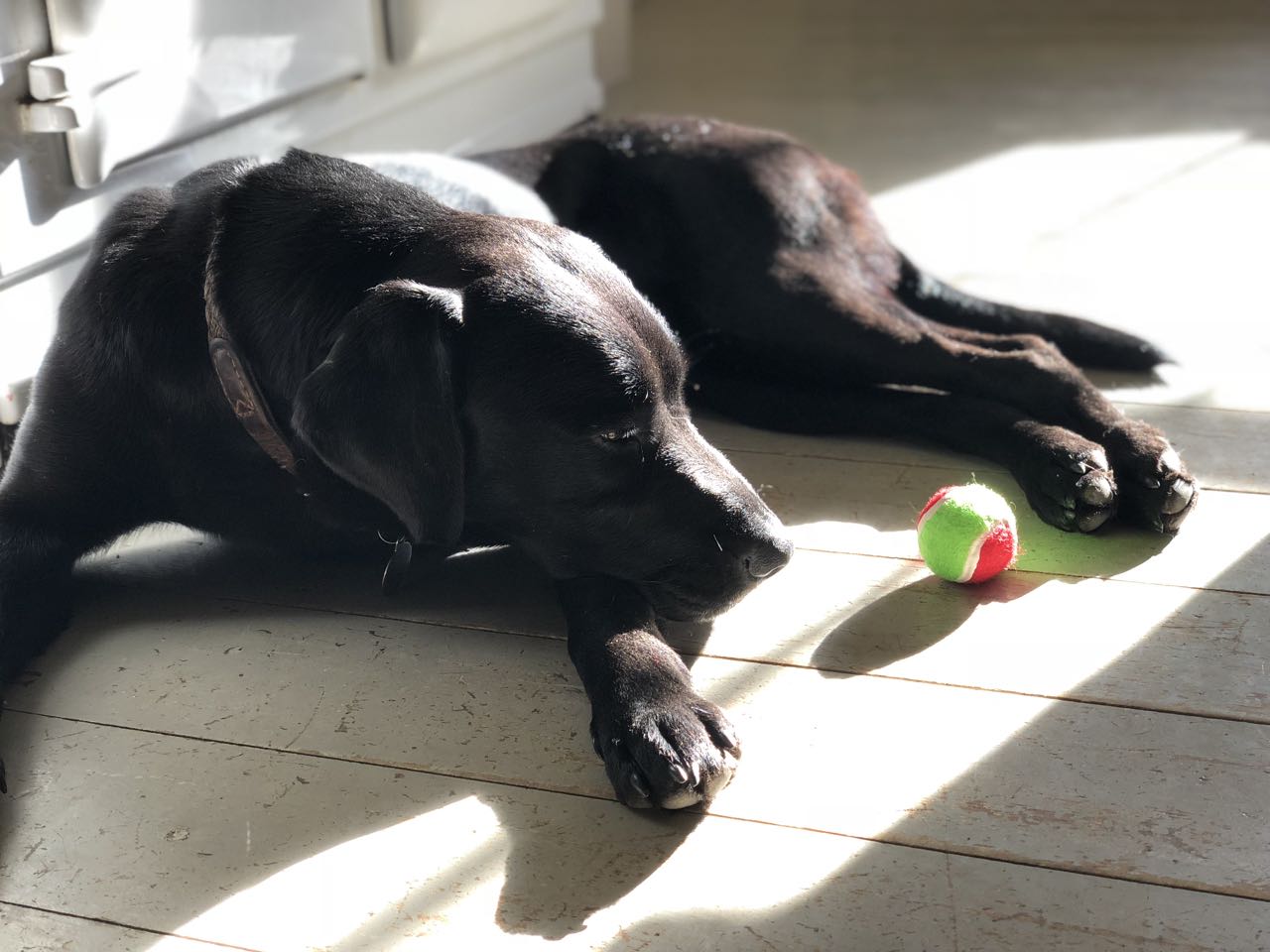 I promise this won’t turn into a pets blog but you can’t mind it for a week or two. 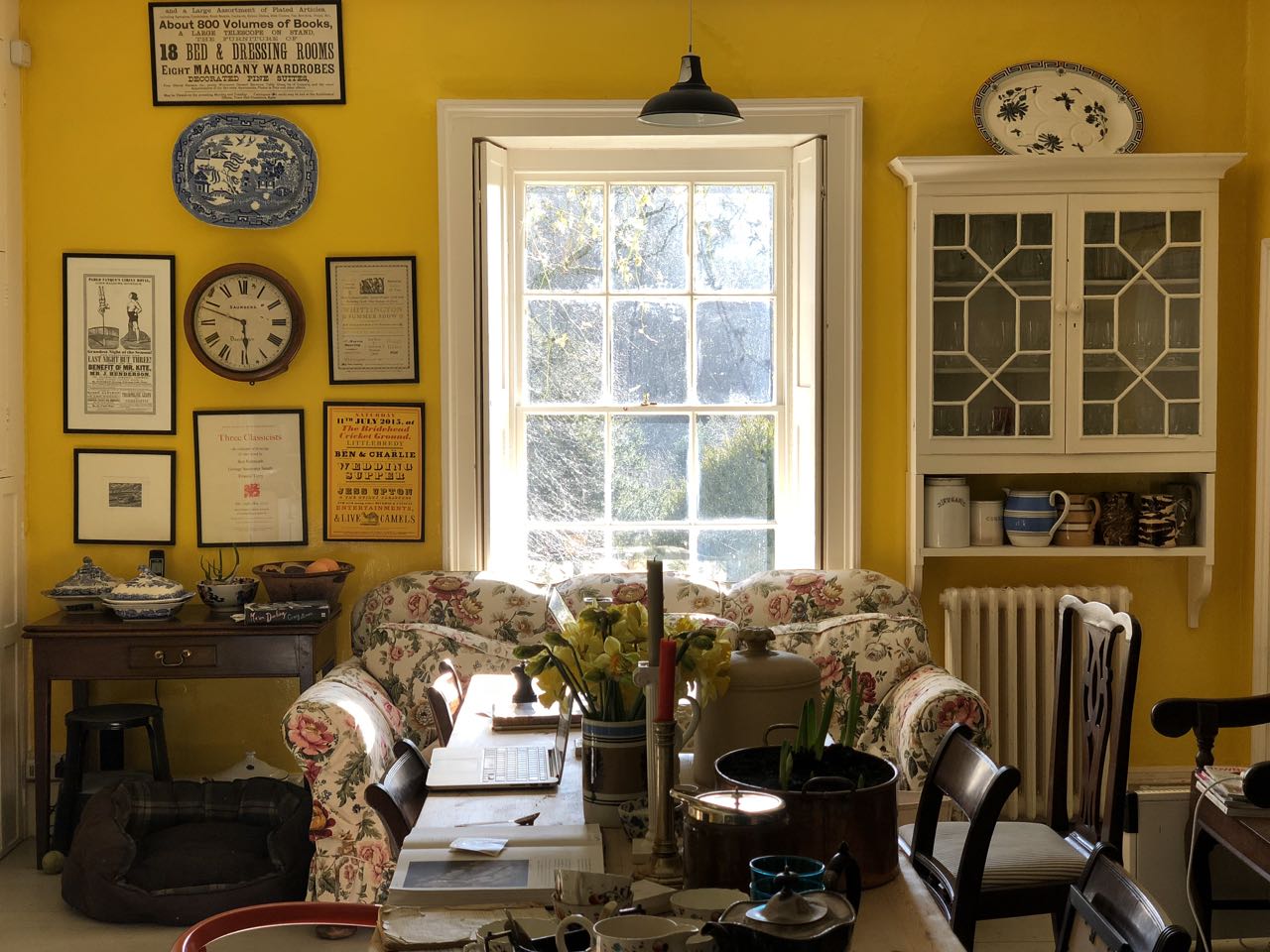 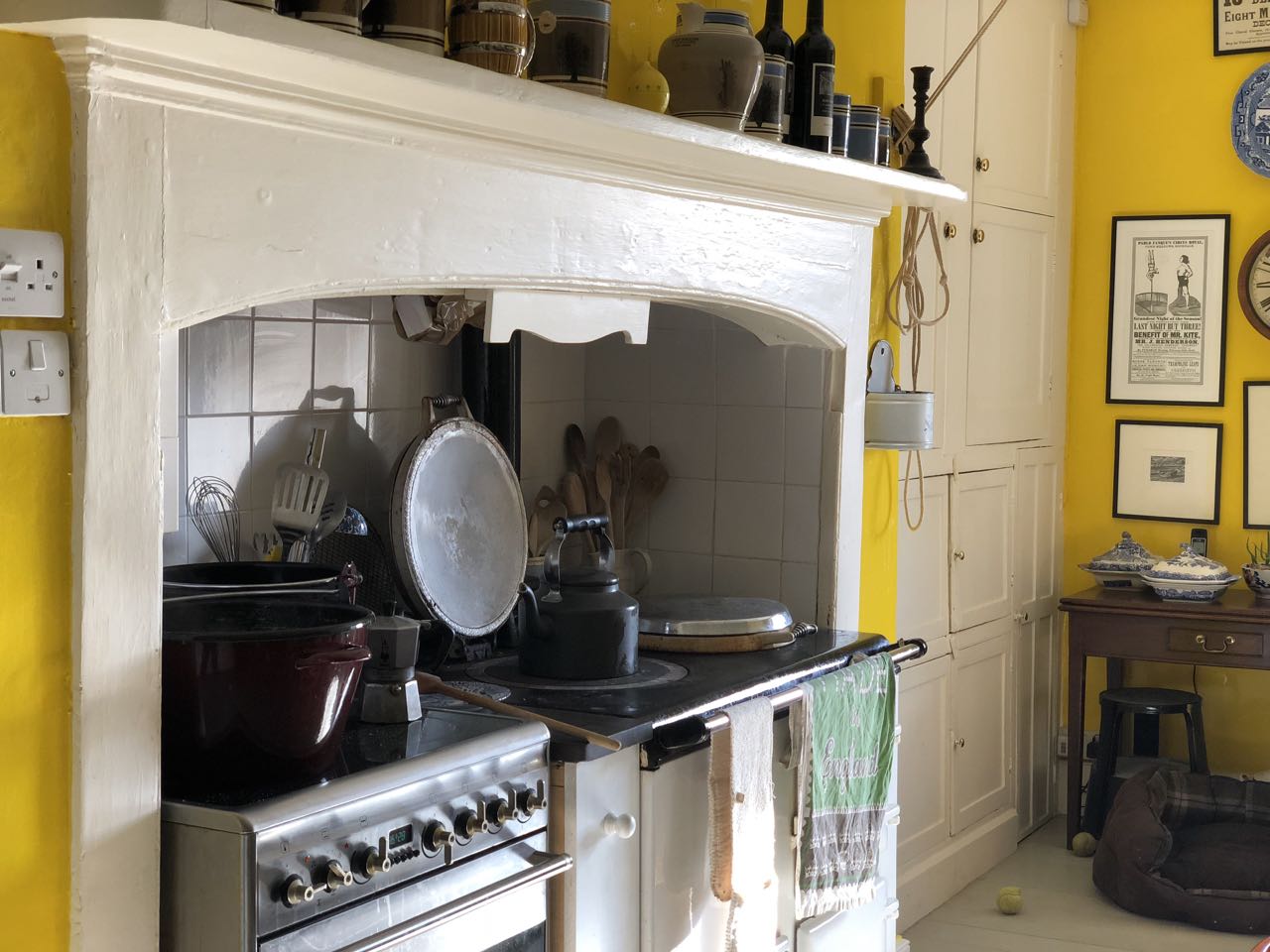 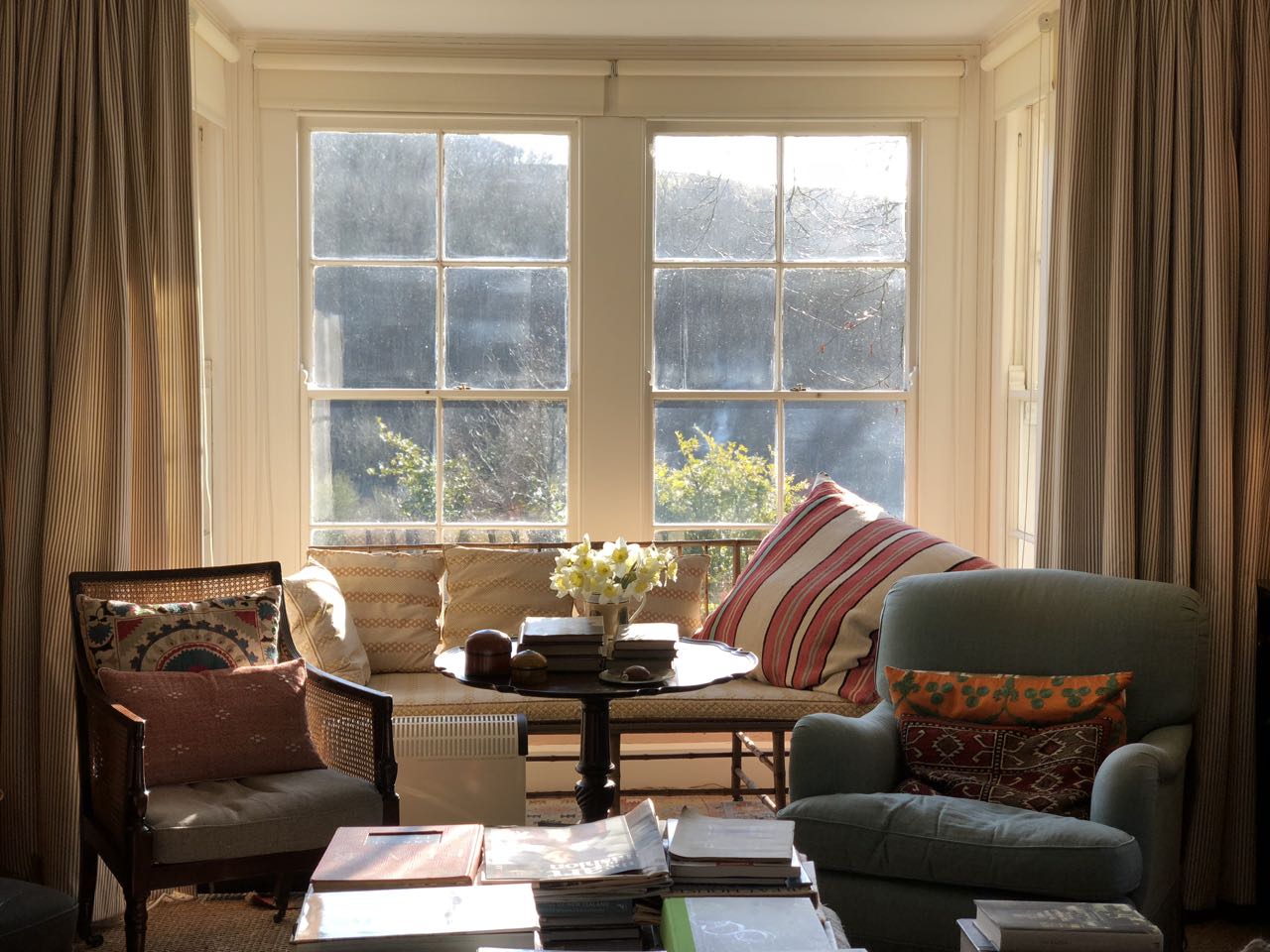 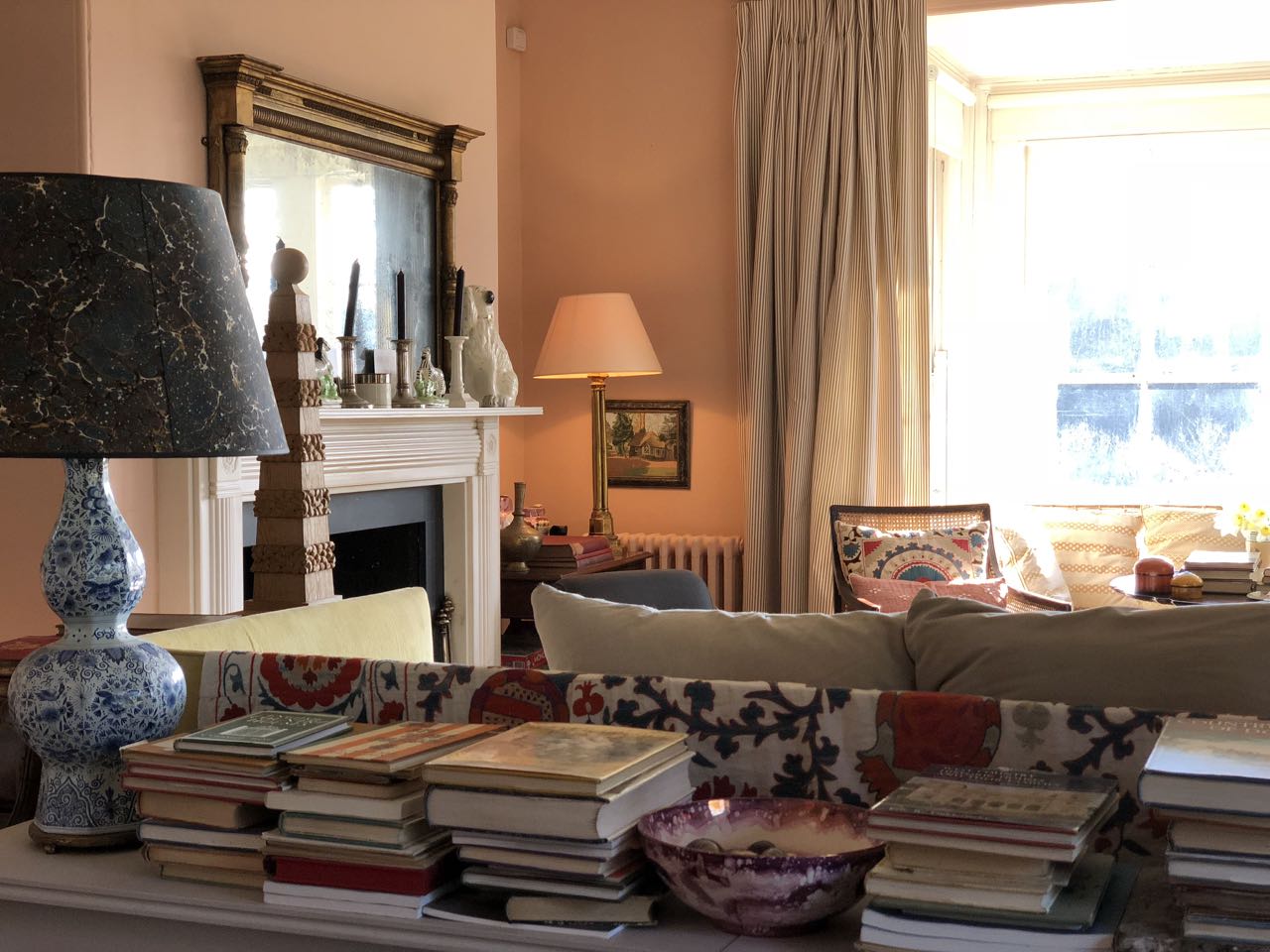 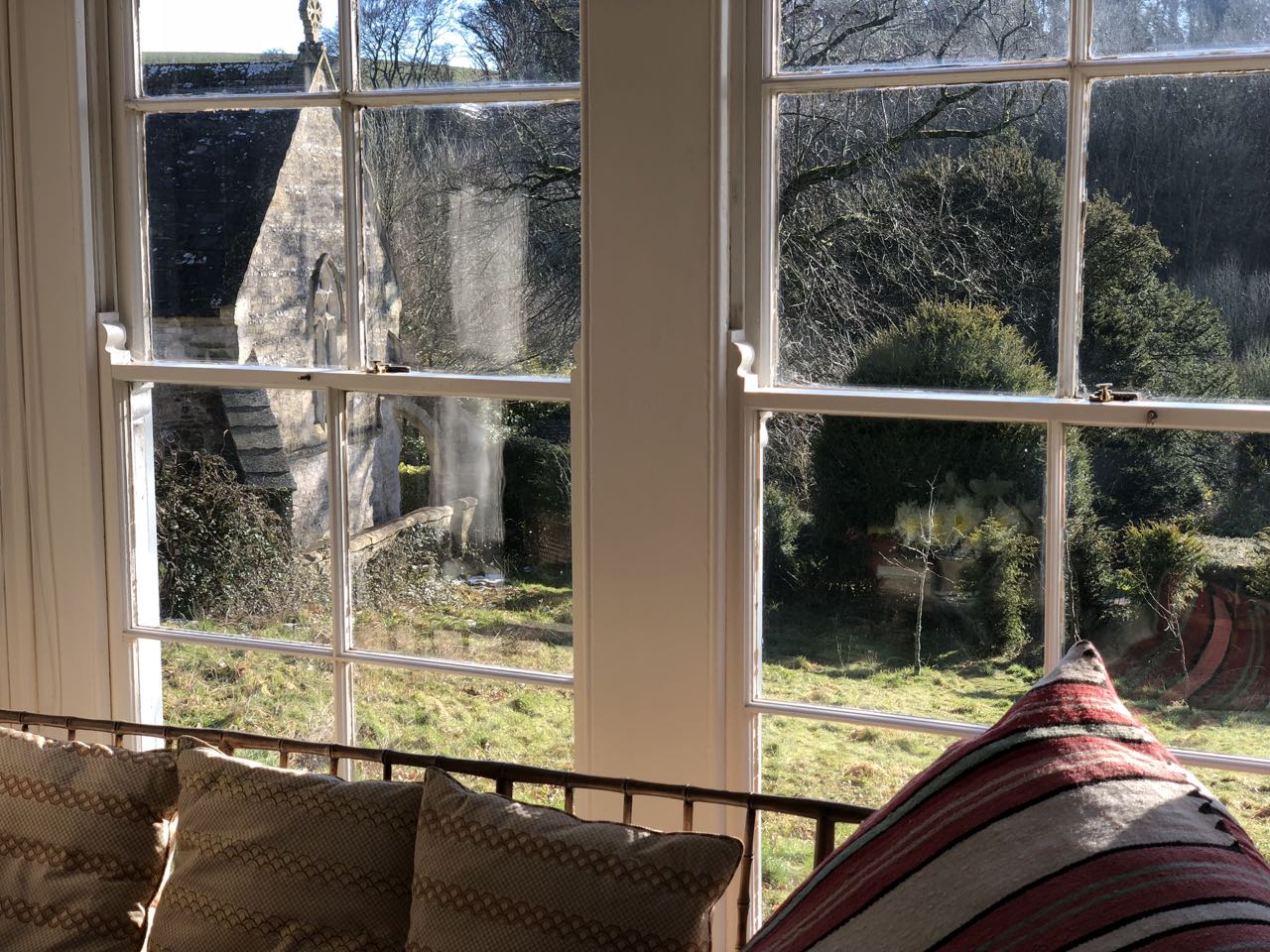 We had a lovely late afternoon with Mum & Dad, and Jon & Laura, and my nieces over for a Sibyl greeting.  And now everyone’s gone, and it’s cosy in the kitchen and sleeping, and life feels, well, pretty good. 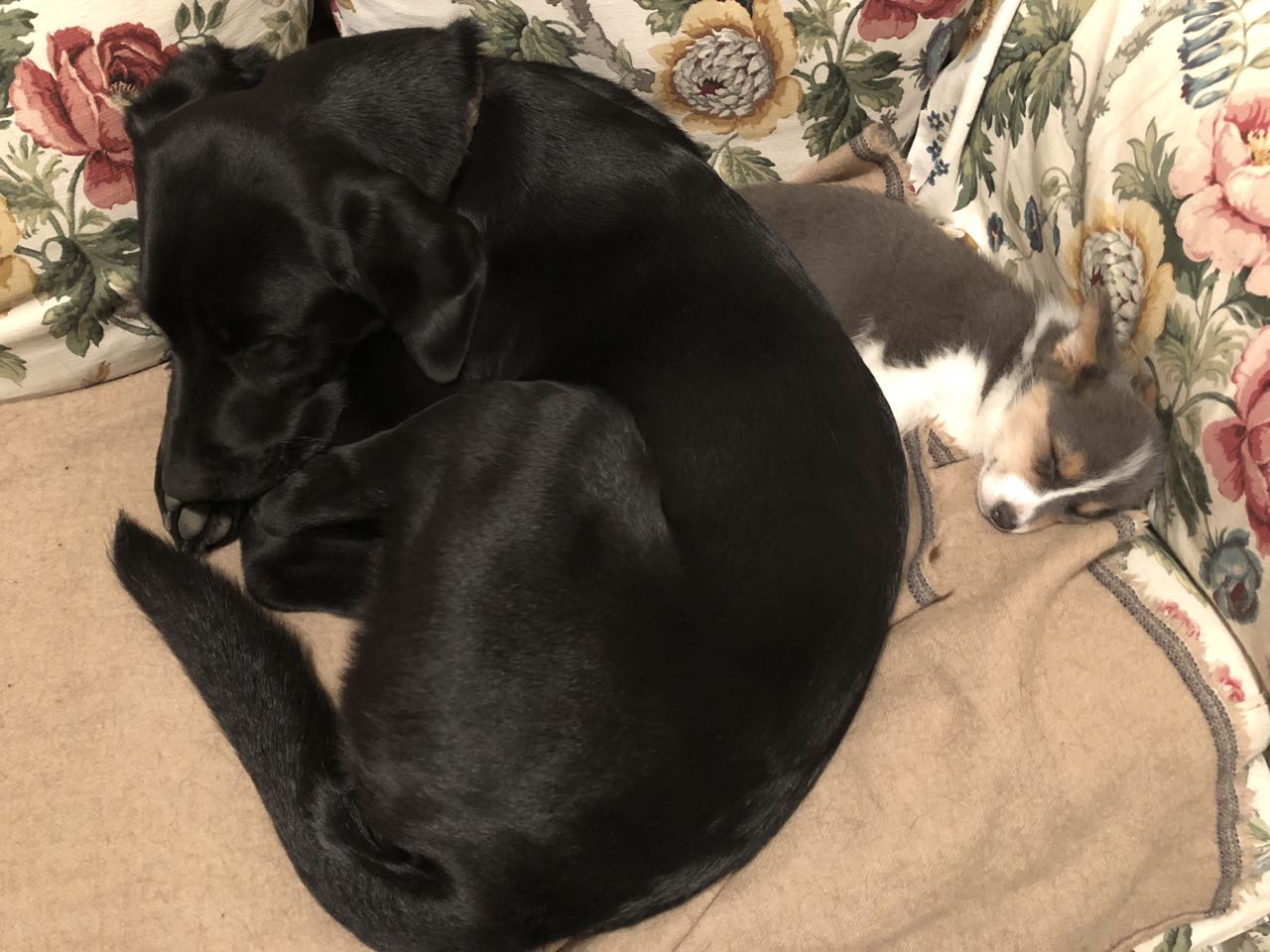 Yet again, it’s time to focus on the simple things. As the storms of politics rage like the gales and blizzards outside our window, I’ll stick for one minute to what increasingly feels like the only proper reality I know. Wouldn’t it be a good thing at the moment if ‘real’ life could have a gentle thaw too?