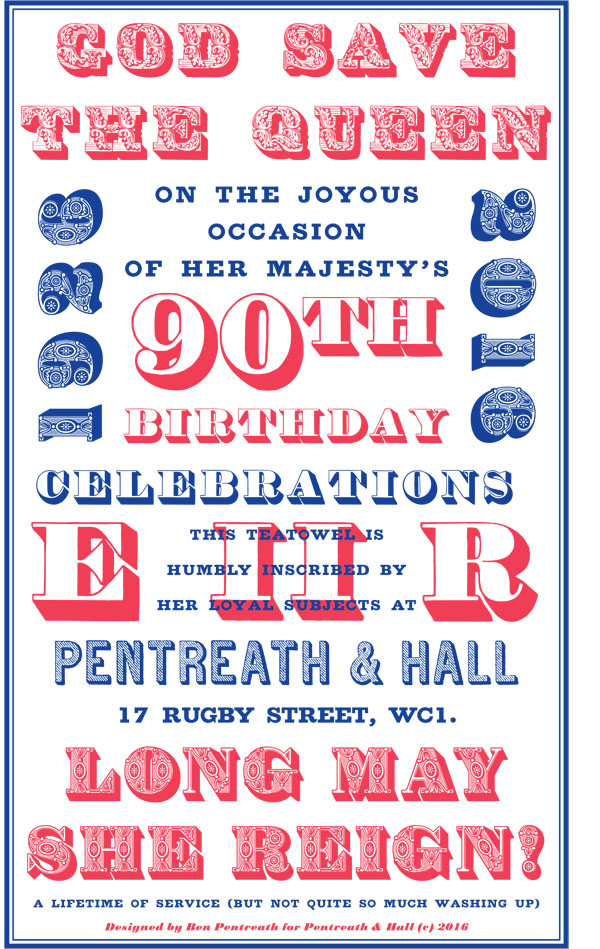 Celebrating all things royal and never wanting to miss an opportunity to mark an occasion with a commemorative tea towel, true to form Pentreath & Hall doffs it’s cap to Her Majesty and wishes her the happiest of birthdays while offering to do the drying up.

Designed by Ben Pentreath and proudly made in England.