Regular readers of this post will know I’ve got a bit of a thing about dahlias, which you can read here, or here or indeed here (that was a nice trip down September memory lanes for me).  There’s something about them, and I’m not sure what it is, that I am in love with – the rich, saturated intensity of colours, the fantastic shapes.

This year hasn’t been quite such an amazing showing of dahlias in my garden – I think owing to lack of attention rather than anything else I can blame (I guess I have had a bit going on) but they did suddenly come into their own when I was in Dorset last weekend.  And it was very nice to bring a bunch or two back to London.  Where they looked quite at home. Heaven in a vase. 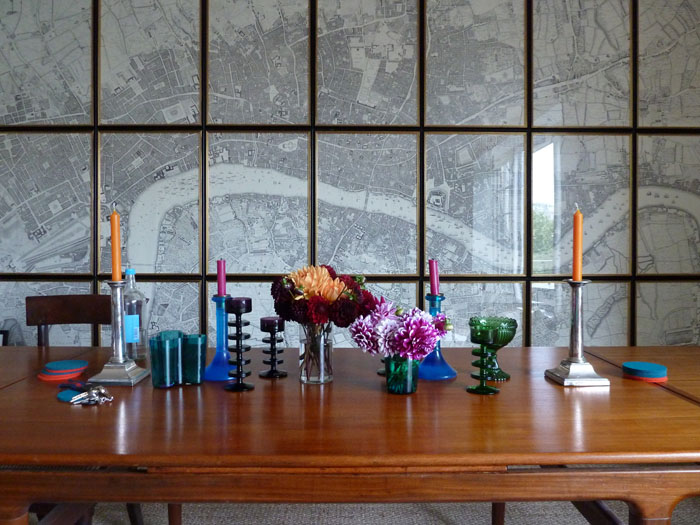 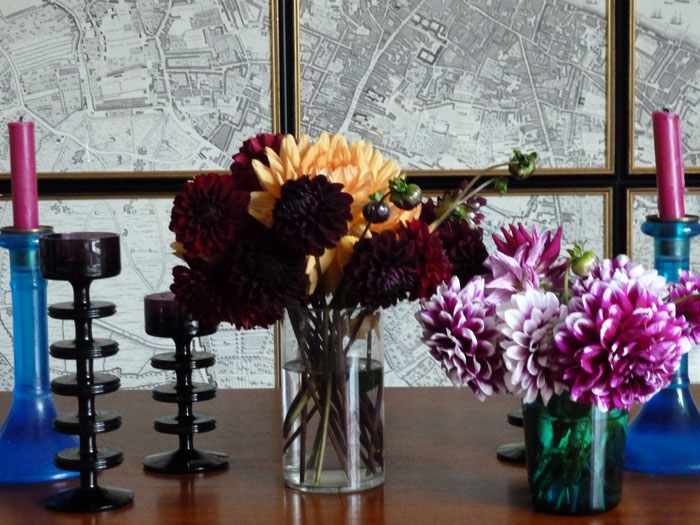