Well, this post is called our Inspiration, but from time to time I wonder if it should just be renamed things we like?

Last week was a slightly manic. I was down in Poundbury, Prince Charles’s new town on the edge of Dorchester, where we are getting going on designing houses for the next big phase of development – about 500 houses. The masterplanner of Poundbury, Leon Krier was in town, and we had two long days of tiring meetings. On Friday, I was up early and down to Truro, in a massive rainstorm, where we are working on designs for about a hundred houses – some in the form of a grand stone crescent overlooking beautiful country to the east of the city.

That evening, I drove to Newquay, where we are working on another site. I wanted to have a good look at a particular corner of the land, to see best how a new building might fit in with the surrounding streets.

The point being, our architecture practice is getting going on a lot of things. It can get a bit exhausting from time to time just thinking about it all.

Still, all that done, I went for a walk to the little white lookout far out on the Headland. I don’t know if you know Newquay. That little building, an old coastguard lookout, is a particularly special place.

Looking out at the cliffs, as the sun set over the Atlantic ocean, and as my mind completely emptied, I couldn’t help thinking this was really inspiring. It was very good to be there just then. 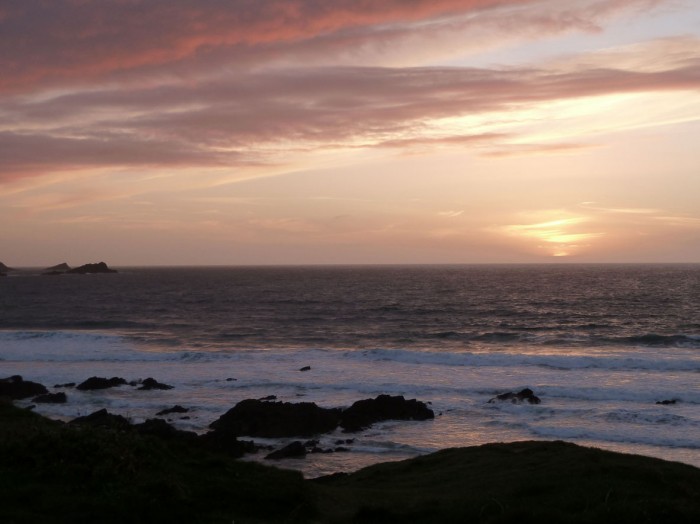