It was a beautiful evening in London last night. The light was amazing (and it is a beautiful morning as well).

I felt the need to get out and enjoy the late afternoon sunshine. I popped up to St. Paul’s on my bike.  Partly, it is true, because for ages I’ve been wanting to take a closer look at some of the carved stone work. We’re doing a project in Oxfordshire where I am hoping to design some new stone urns, in collaboration with a young carver, Thomas Merrett, and I wanted to have a good look at the original carved fruit and vegetables here, which are of course superb.

The building glowed, extraordinary as it rises like a great Portland stone ship over the surrounding streets as you approach. There were a few late tourists on the steps, but the loggia was deserted and shone with an almost Italian light. 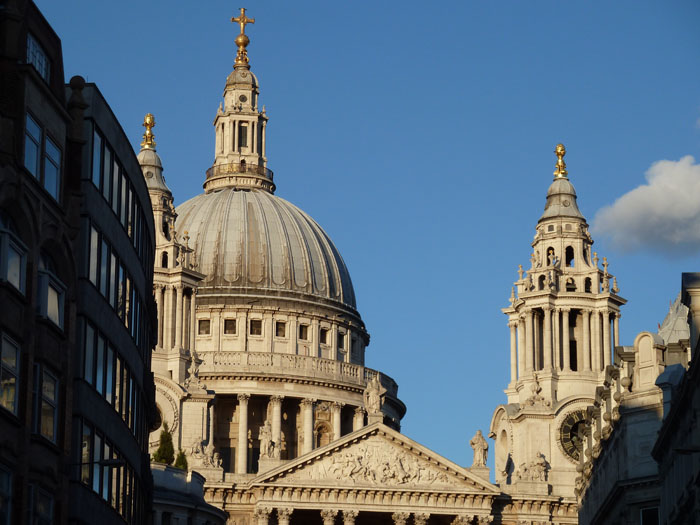 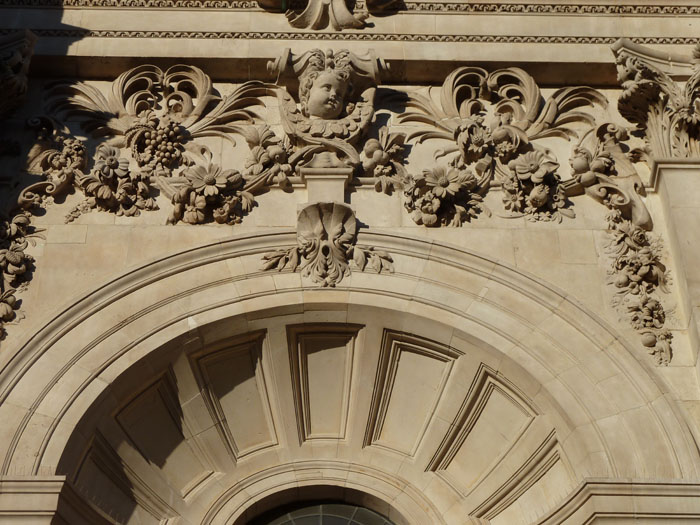 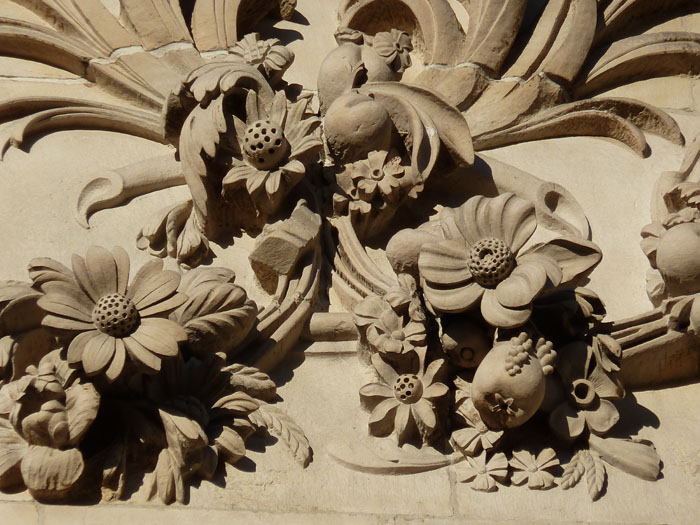 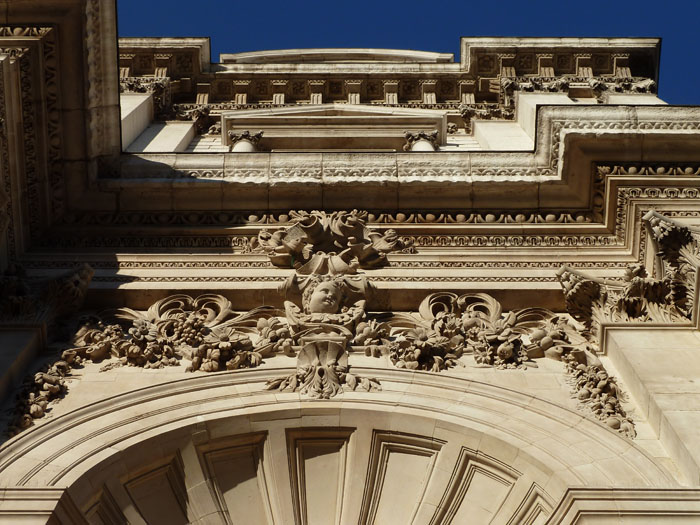 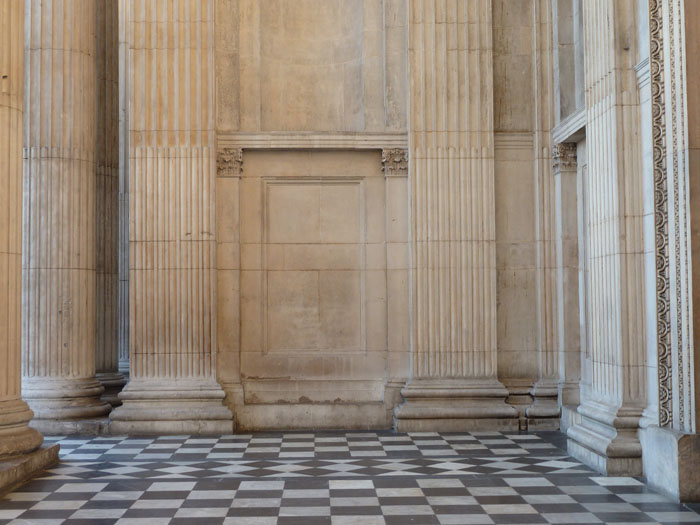 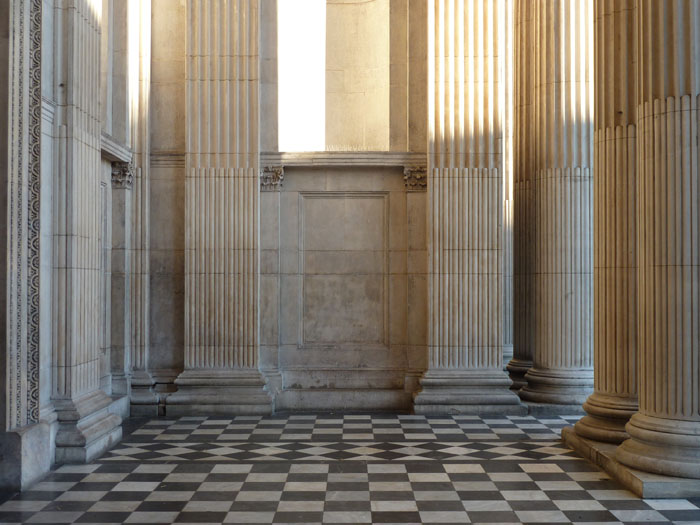 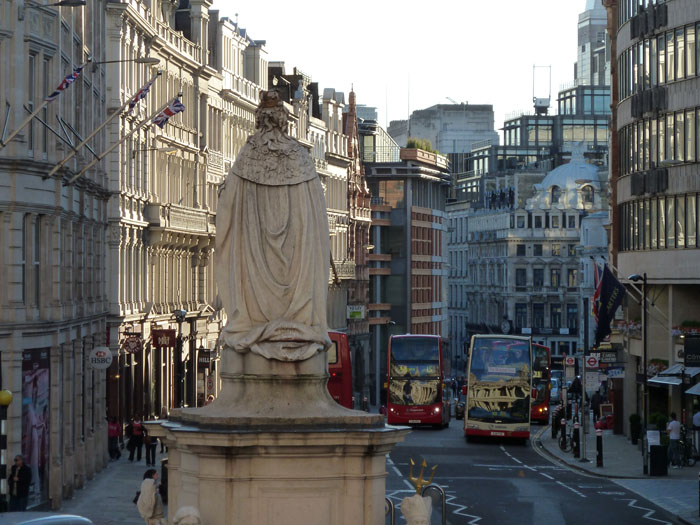 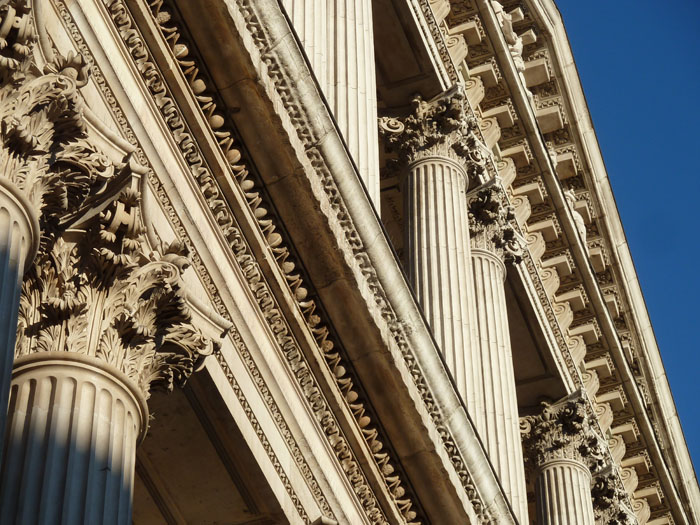 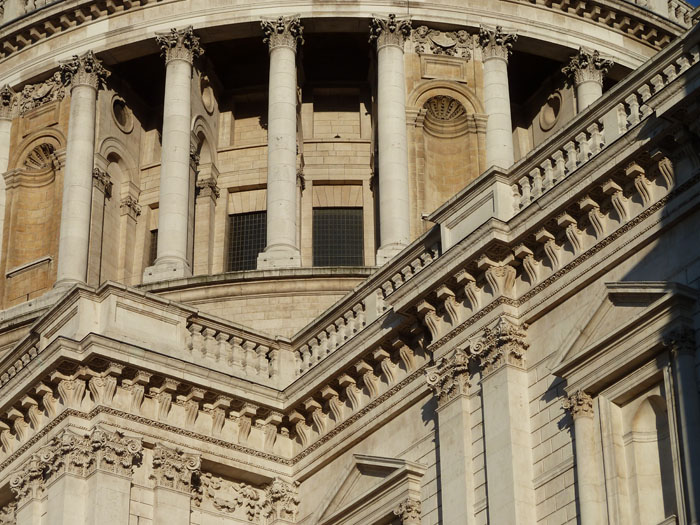 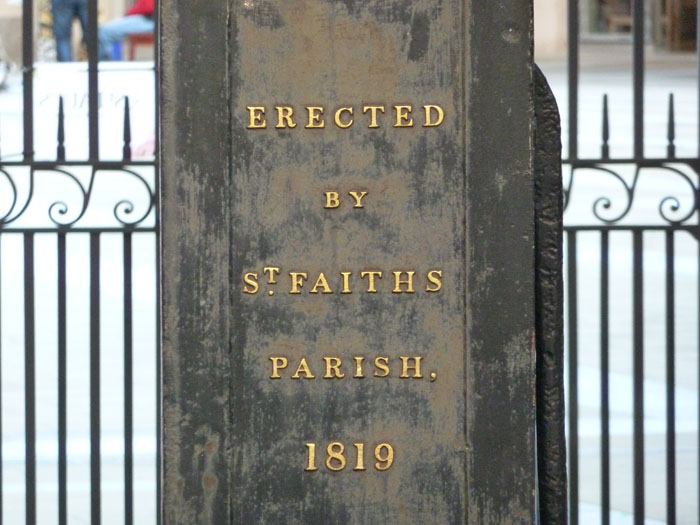 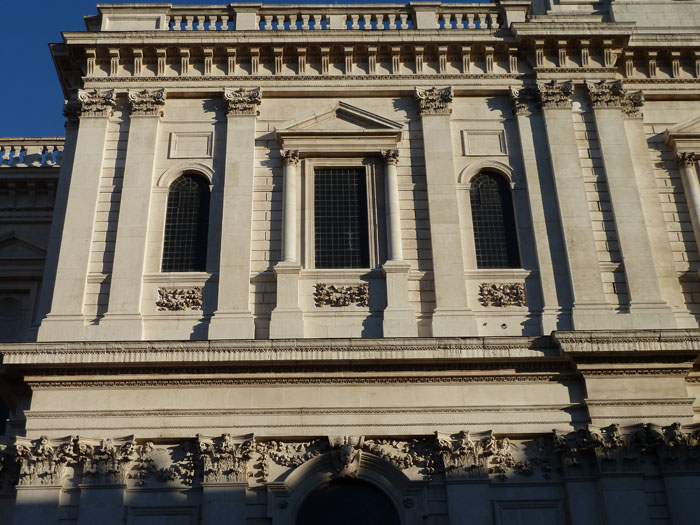 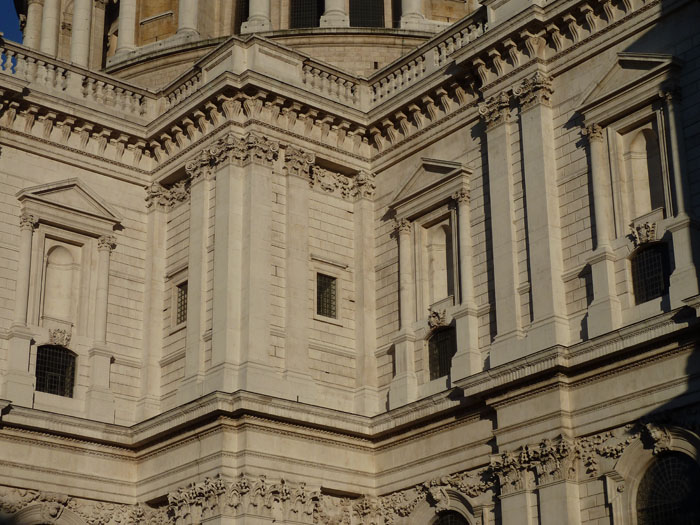 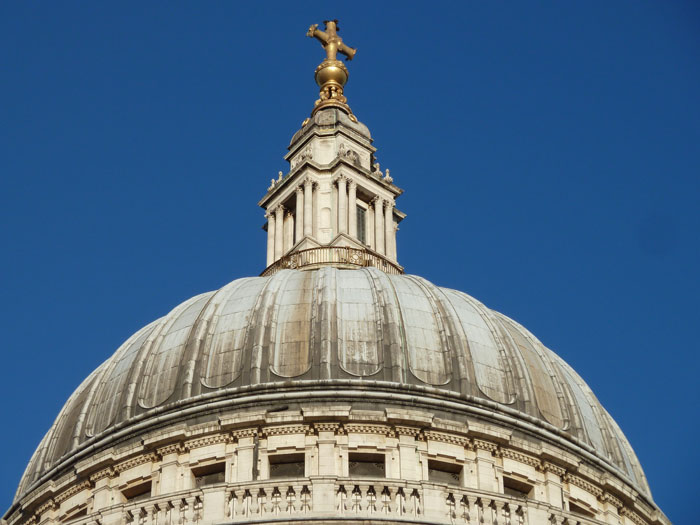 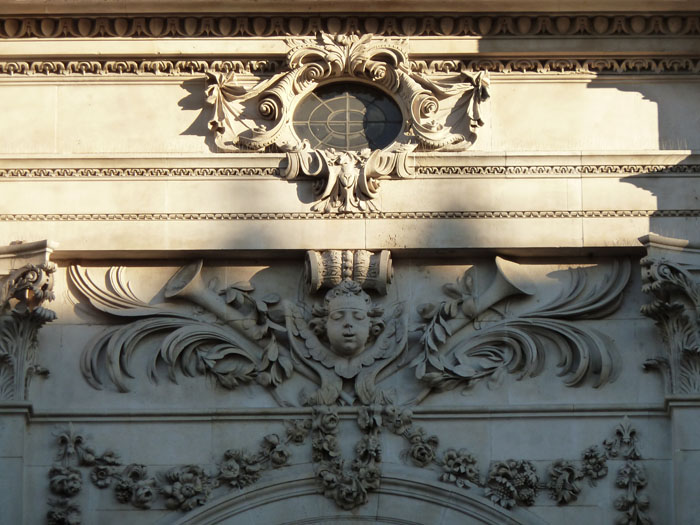 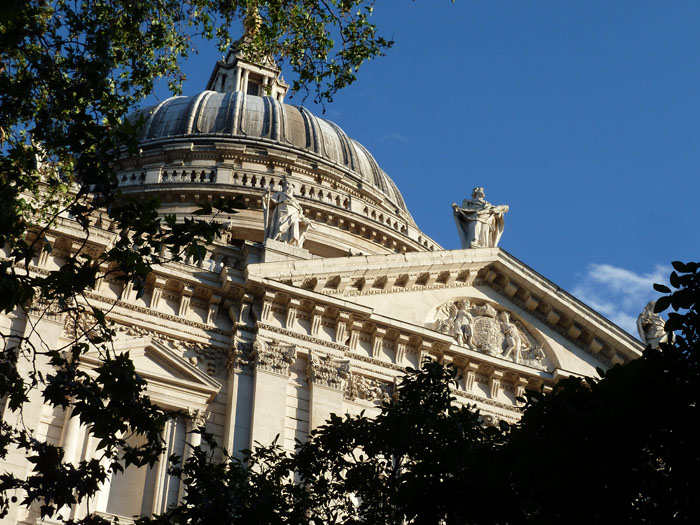 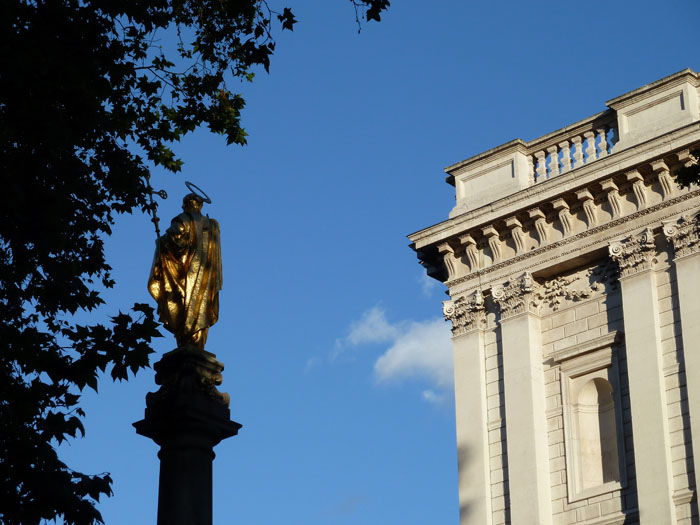 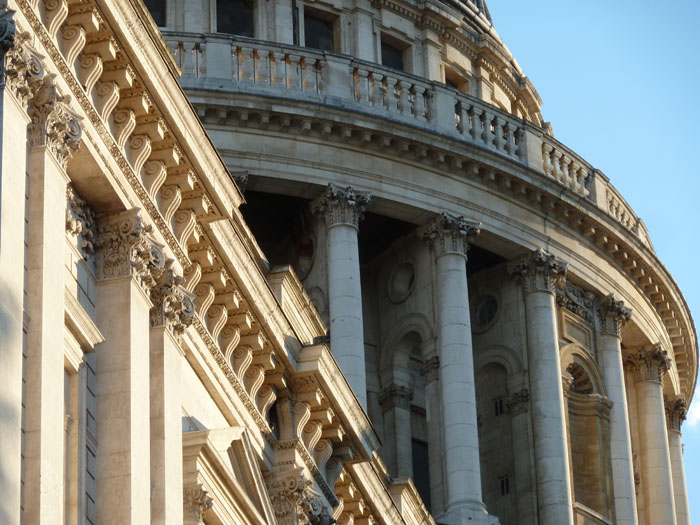 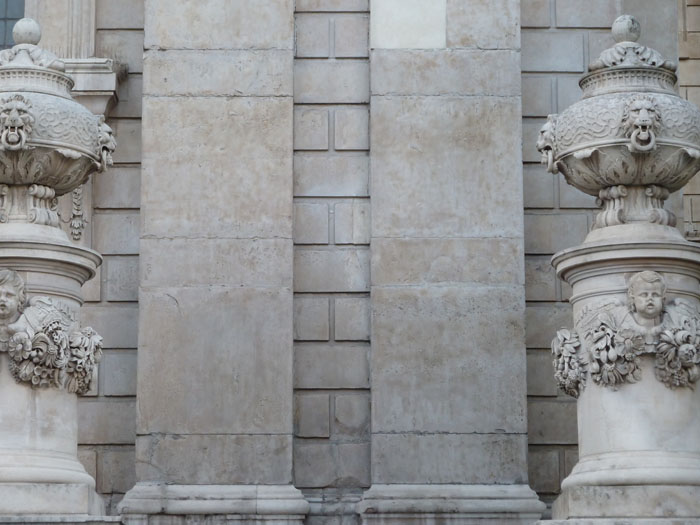 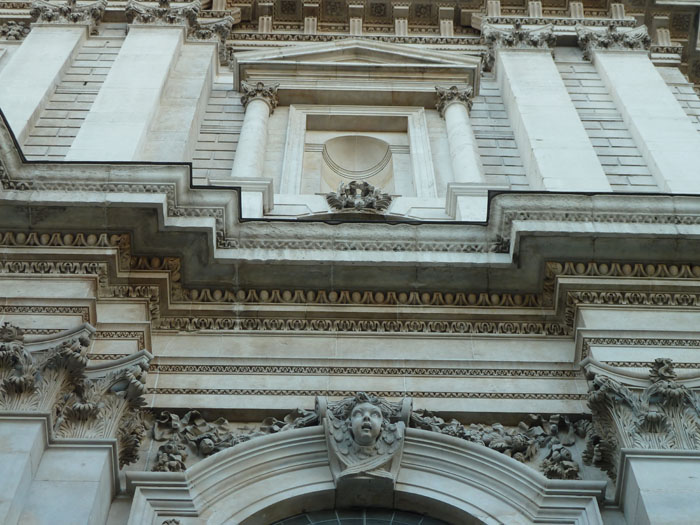 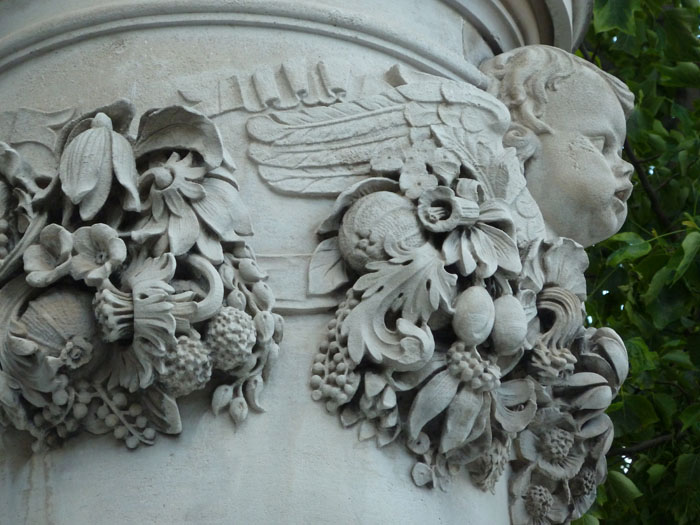 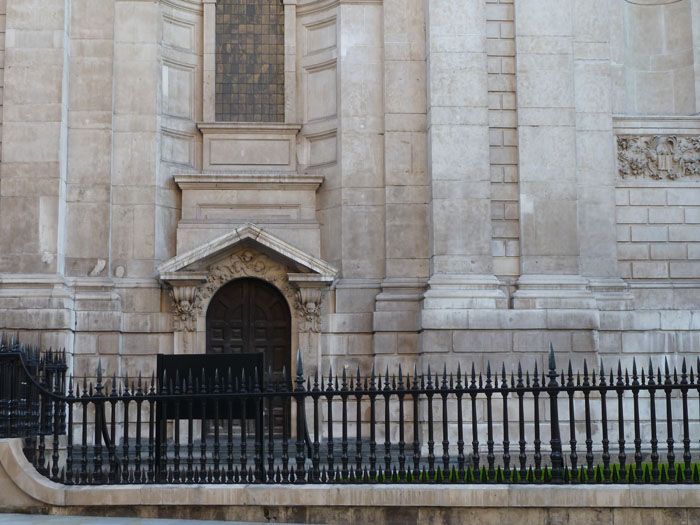 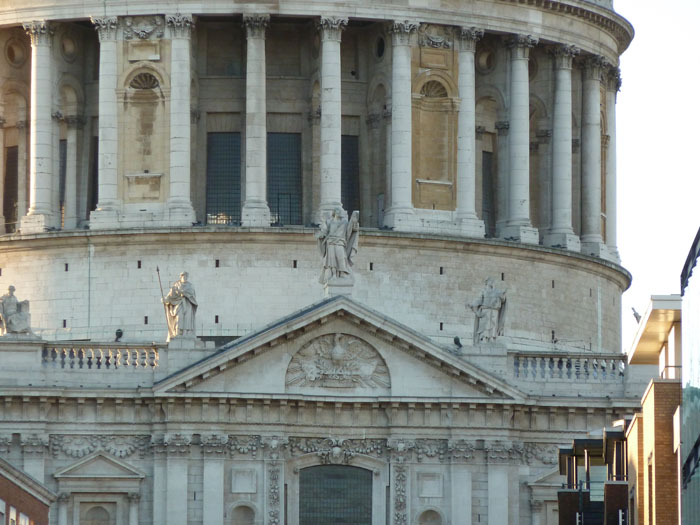 I think one of my favourite parts of St. Paul’s is the base of the giant drum; with its plain stone wall and tiny punched openings. You could be in Rome.

Walking on down to the river, can I confess: I really like the Shard, the crazy new skyscraper that dominates – but which does not overwhelm – the London skyline. What they said on the tin really does work: by angling the walls as they are, the building does reflect the colour of the sky at all times. Will it still be there in 300 years? I suspect not. Although one feels that St. Paul’s probably will… 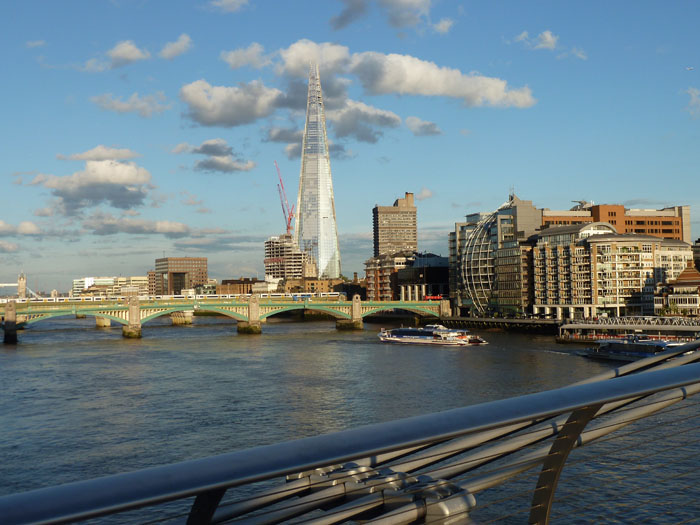 The evening was so beautiful that I decided not to head straight home but popped down to the river at Waterloo Bridge; my favourite view in the city. 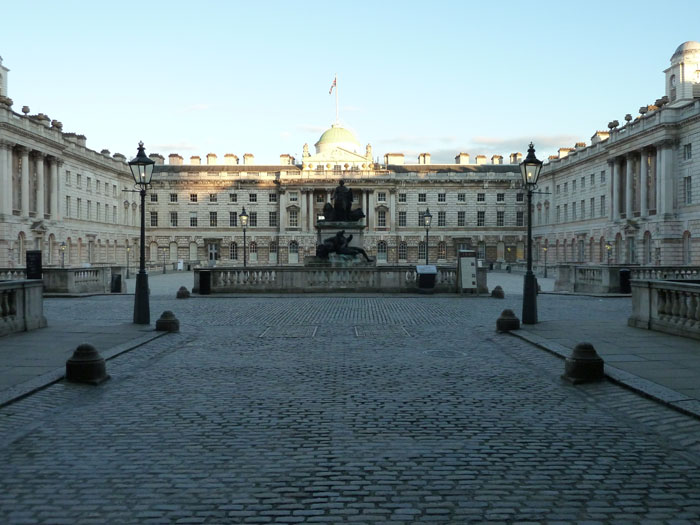 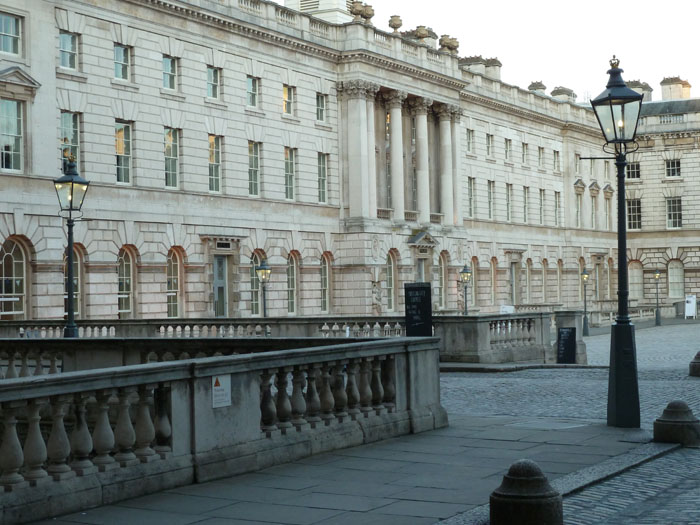 The courtyard of Somerset House was cool and grey. 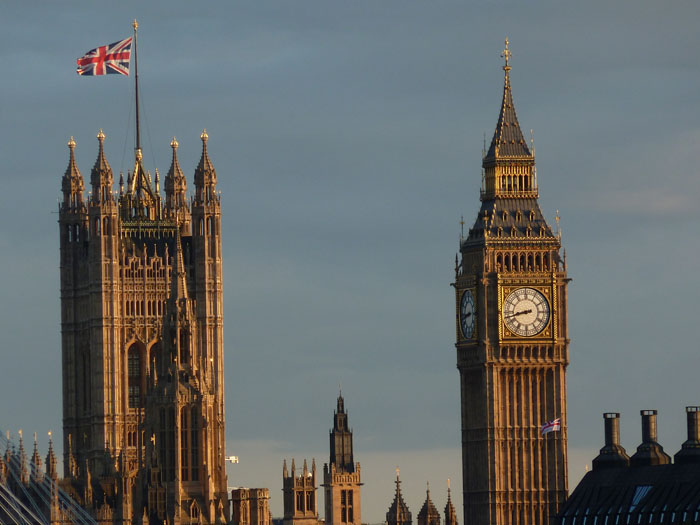 The Victoria Tower and Big Ben glowed in the sunshine. 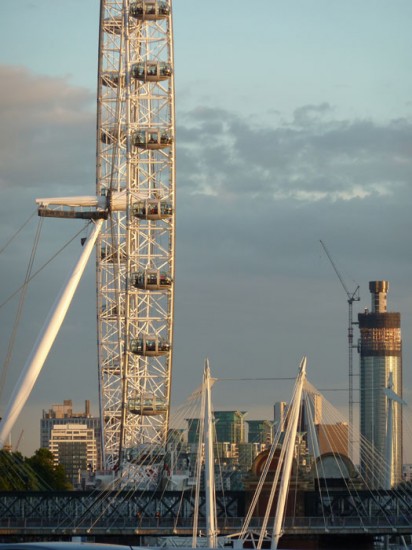 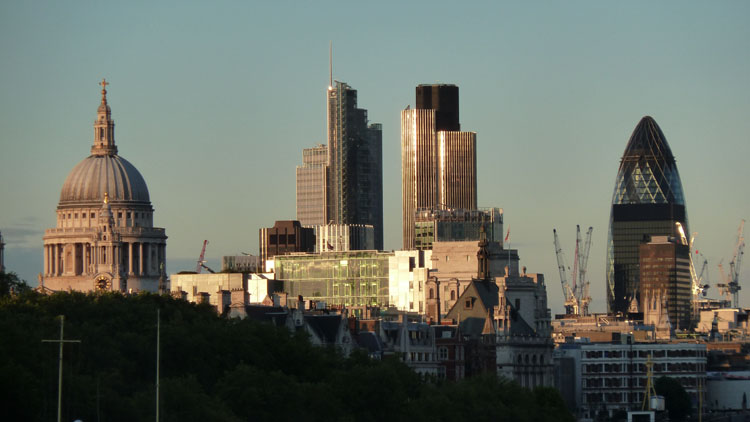 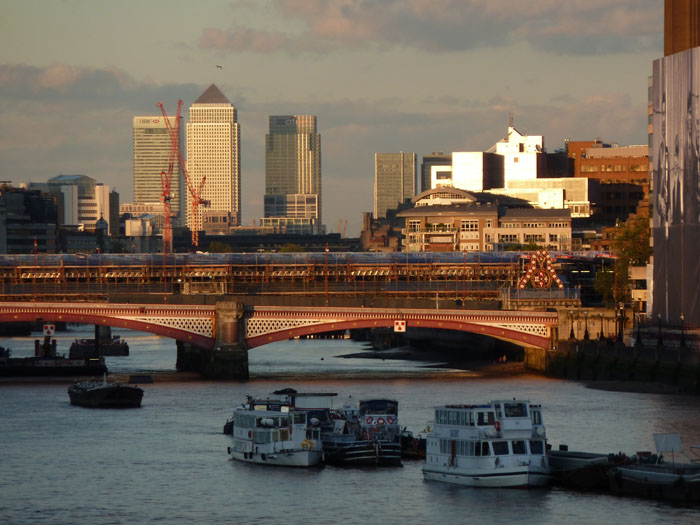 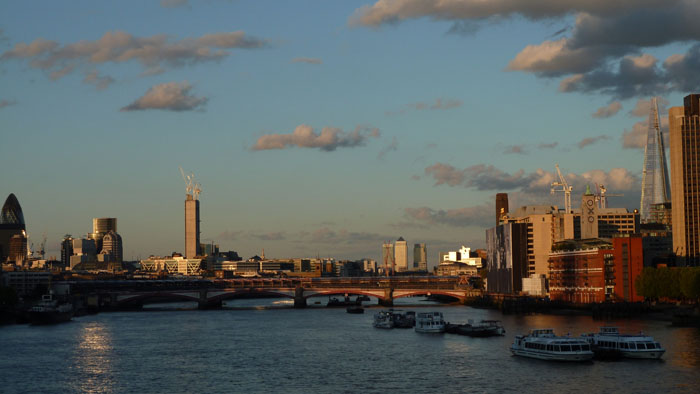 And a Waterloo Sunset, courtesy of Ray Davies and the Kinks. I can’t say how many times I’ve listened to this song.

Dirty old river, must you keep rolling
Flowing into the night
People so busy, makes me feel dizzy
Taxi light shines so bright
But I don’t need no friends
As long as I gaze on waterloo sunset
I am in paradise