It’s almost been a year since Ben and I signed on the dotted line and decided the fresh start needed a fresh sign. I’ve just realised the original design we had drawn up and planned to have installed last November took ever so slightly longer than anticipated. 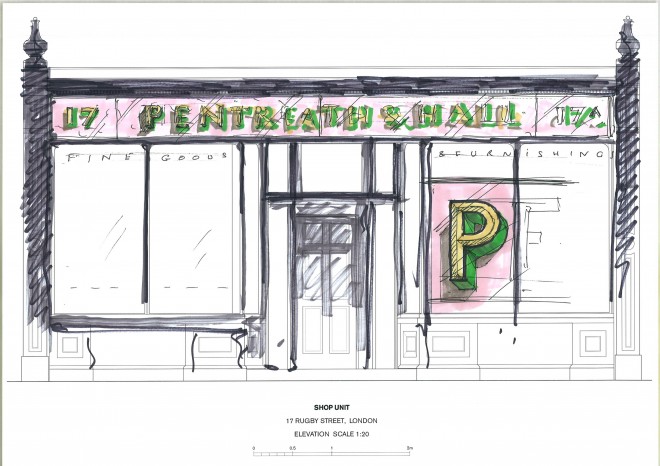 No matter, it wasn’t due to anything other than diaries clashing and budgets not quite working out. We decided we weren’t in a hurry and could even cope with a normal painted sign until, earlier in the year, Ben met a young sign writer and member of The International Society of Typographic designers called Ged Palmer. Ged understood what we wanted right away, although I do recall he was rather dubious about the pink, green and gold colour scheme. Once he’d made up a sample he was completely on our wavelength. 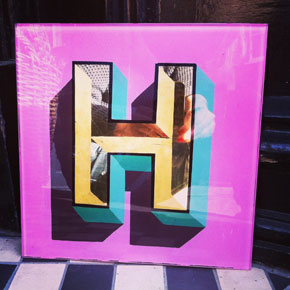 What got off to a rather slow start, sourcing toughened restoration glass (crucial information for anyone wanting a sign like this), waiting for it to be delivered, checking and double checking sign width and glass height, then escalated so quickly I didn’t get a chance to visit Ged’s studio. There wasn’t really a studio to visit, he was in between them at the time of making the sign and so using a fellow sign writers space. Ged’s kindly sent through a few photographs of the sign making in progress. 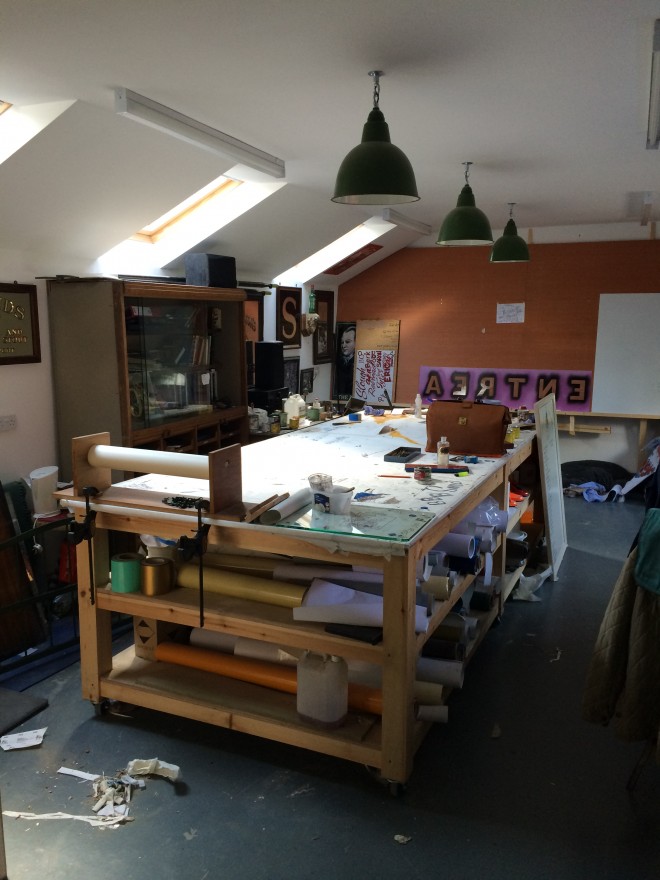 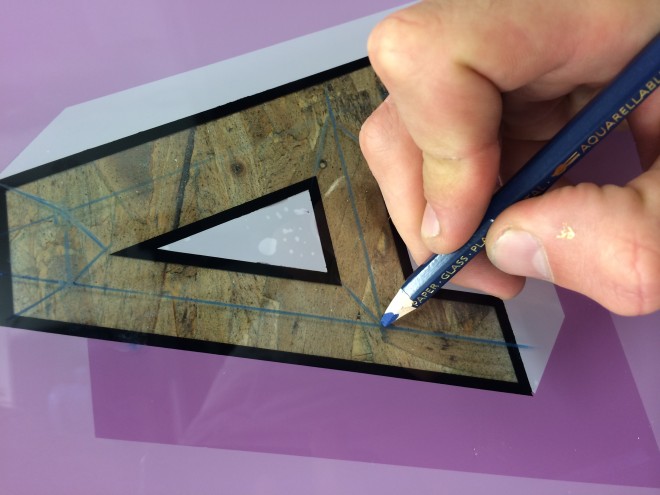 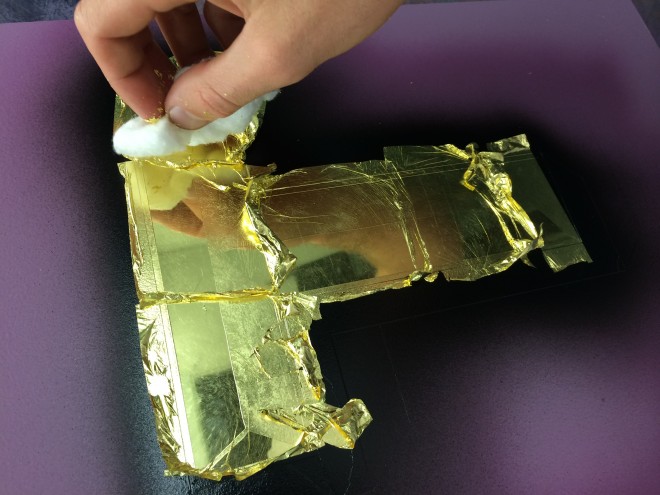 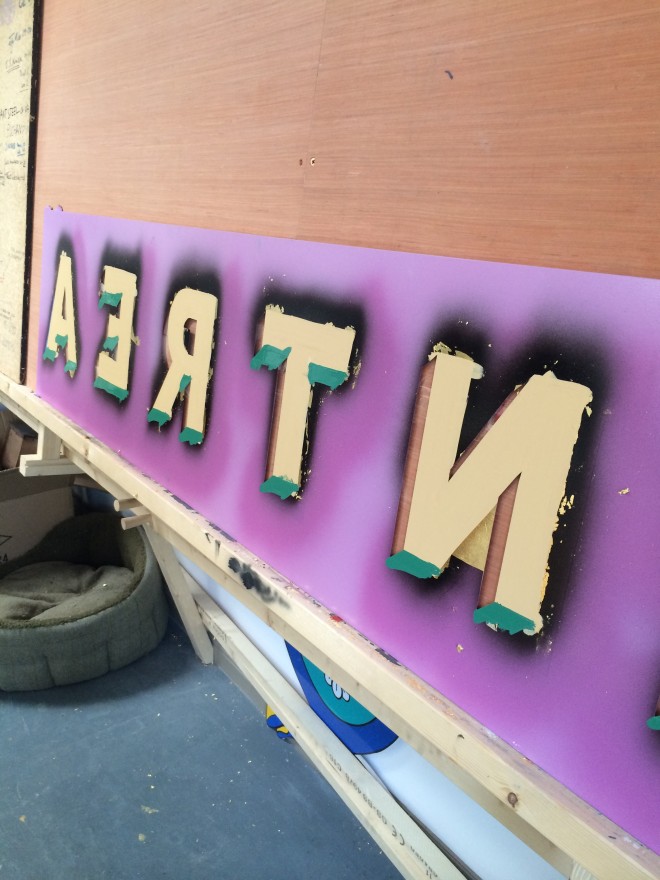 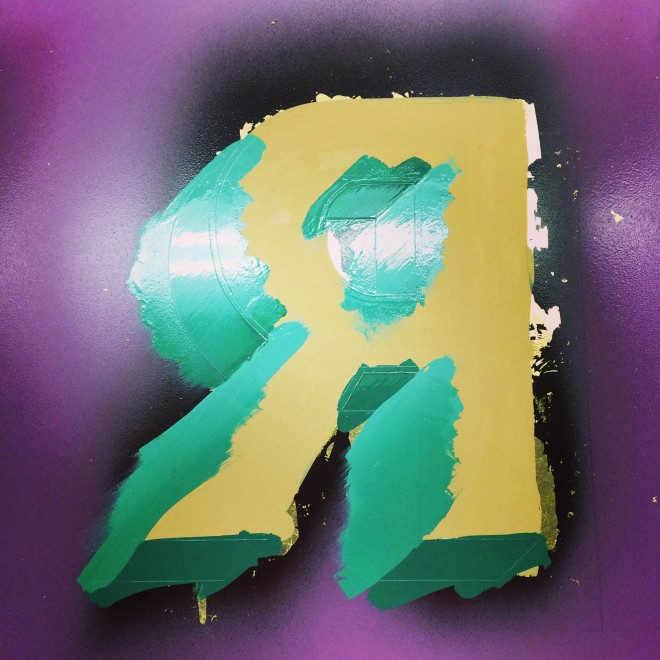 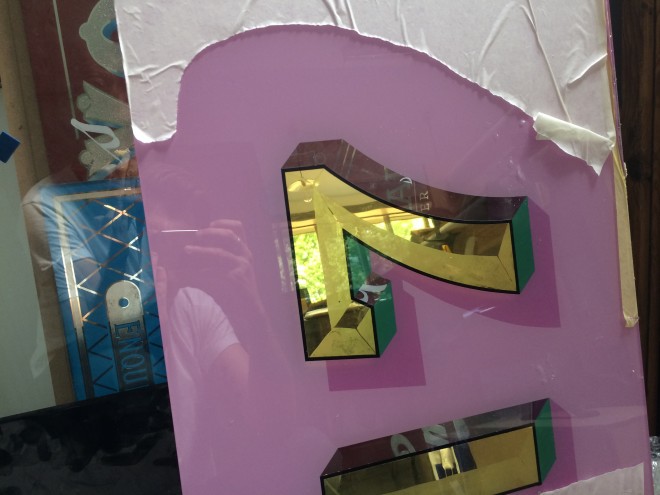 Then just like magic we had a new shop front and just in time for our crazy Summer party. Ben and I were both away the day it was being installed but later in the afternoon we each started receiving excited phone calls and texts messages from people walking down the street and being stopped in their tracks. It was so exciting walking in the next morning, I planned my route to work so I would see it first at it’s best angle. Never did I expect or believe I would see my name in lights, it made me very happy and emotional. The planting had been done by the street florist Dawson Flowers, without seeing the sign they picked the most perfect pink geranium, the crowning glory on our shop 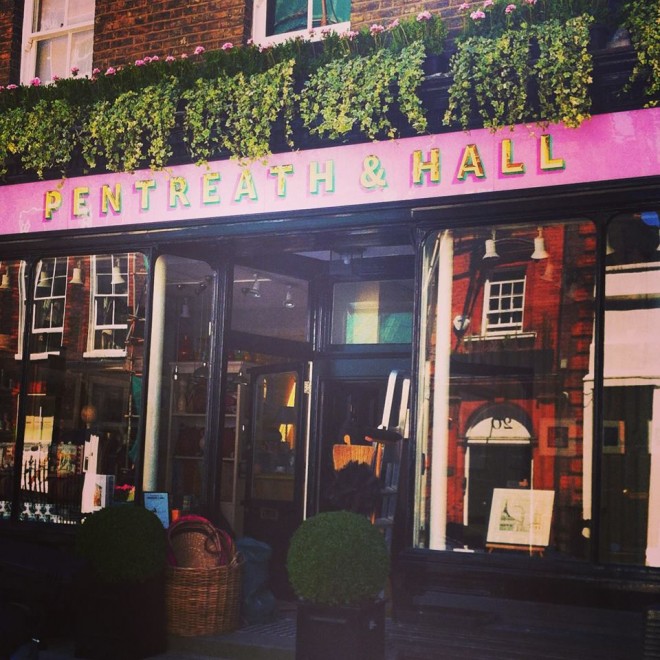 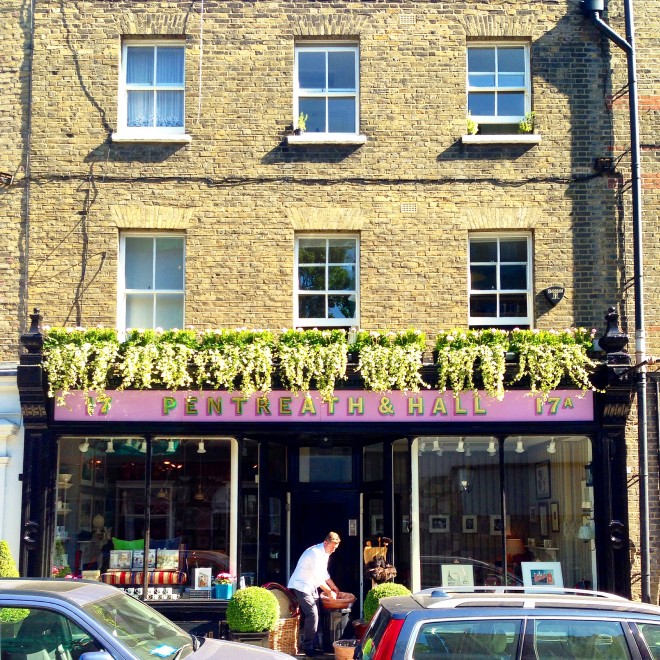 As Ged is so busy reverse gilding the Capital’s shop windows I sent him a little Q&A to fill in for the blog. A nice way to get to learn a little bit more about the chap.

Who are you and what do you do?  Ged Palmer. I’m a lettering artist & sign painter based in London.

What are you currently working on? I’m doing an elaborate gilded window for a taxidermy shop in Manchester, painting some signs for a book bindery on Clerkenwell Rd and rebranding a German architecture firm. Happy days!

When stuck for ideas what/who do you find gives you a little push? I collect rare books on lettering and sign painting. It’s a bit of an obsession. The best thing about being into lettering is that there is so much history to the craft, every time you think you’re getting somewhere you find an old gem of a book and realise that you’re really still a beginner!

When did you realise you wanted to do what you do? I’ve been messing about with letters for about twelve years. It started with graffiti, then design and typography and now calligraphy, lettering and hand painted signs.

Who/What helped point you in this direction? I’m a big believer in having a sensai. My first sensai was an illustrator in Bristol by the name of Tom Lane (gingermonkey.com), I worked in his basement for couple of years and learnt heaps about design, lettering and running your own business. For sign painting I worked with a fantastic fella named Derek McDonald in SF in 2012. Other sensais include Cooper at Dapper Signs, David Quay over in the Netherlands, Paul Antionio master scribe and Ash Bishop at Brilliant Signs.

What is the best aspect of what you do? You can never stop learning!

What is your latest discovery? For the sign I painted for Pentreath & Hall, I had my first go at reverse brush fading to create graduated colour in the drop shadows. It’s a little tricky getting the graduation right as the look of the paint in front of you is completely different from what appears on the other side of the glass. Oh yeah and my new secret ingredient for Bloody Marys is Soy Sauce. Lots of lemon and soy sauce.