Some of you may already be familiar with Charlie McCormick. Those who read Ben’s blog and follow Instagram will have observed the marvellous talents Charlie possesses for flowers, home cooking, baking and making an atmosphere feel magical. 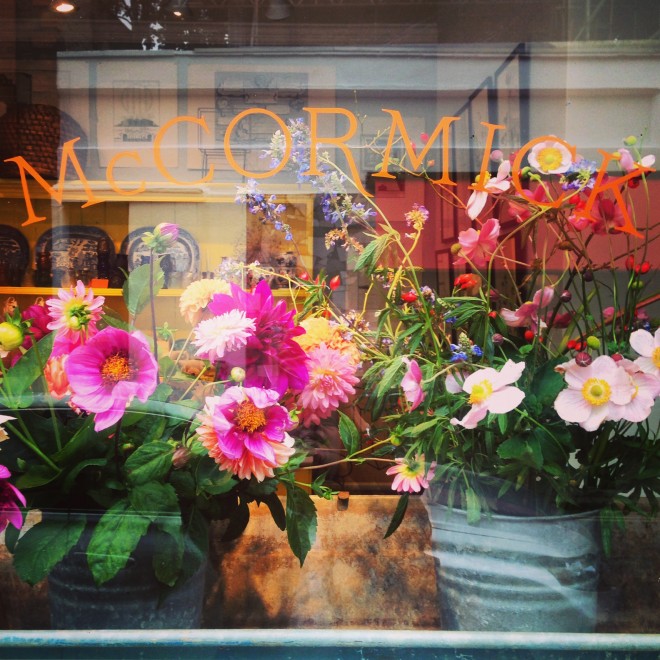 Charlie has recently turned his passions into a business, McCormick, providing homegrown English cut flowers, a flower arranging service, and cooking for small or large parties.

We’re delighted that to celebrate the launch of McCormick, Charlie has taken an exclusive residency at the Pentreath & Hall pop-up this month, bringing together all the things he loves; flowers, baking and antiques to give us a taste of his brightly-coloured and happy world. 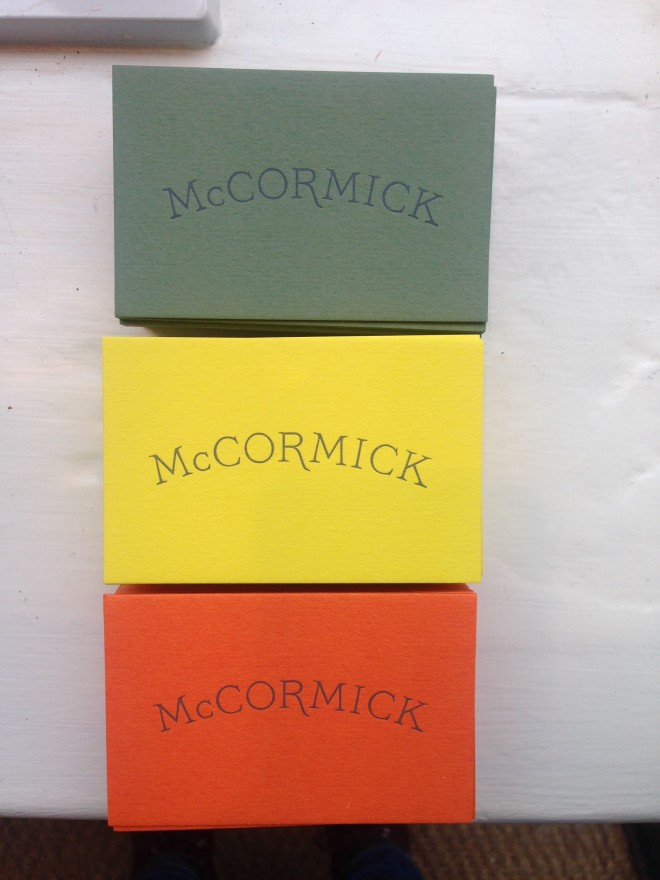 To his family and friends, Charlie has long been known to have flair with flowers and an inherent talent for cooking. He can pinpoint the piquing of his interest to when, as a very young boy, his grandparents would take him to the local A & P Shows (agricultural & pastoral to you and me) around Mid Canterbury in New Zealand to trawl the vast display tents, viewing the best flowers and vegetables in show. Before long he was encouraged to enter his own creations when he was still only five years old and he hasn’t looked back since.

His cooking talents were nurtured from a young age too. He lived on a farm and baking for the masses was a requisite to sustain the gangs of sheep shearers that would pass through the sheep station. It wasn’t before long that he realised these were skills that came naturally and were already a part of him.

As he got older it was his friends Kirsty and Bridgy who encouraged him to pursue these interests further and his move to the UK provided new opportunities for growing, gardening and entertaining between London and Dorset. Soon he was renowned amongst his close circle of supporters for his delicious cakes, lunches and intimate supper clubs. Charlie asserts his inspiration as being surrounded by a brilliant collection of creative friends.

When asked to sum up the best part of what he is doing, without a breath’s hesitation Charlie says ‘Flowers and connecting with the earth’. ‘It’s a real pleasure for me to create an atmosphere that is utterly beautiful where people can relax and be inspired and have FUN and be taken care of.’

This is a table Charlie set for us last month when we held a very special dinner for Marianna Kennedy. 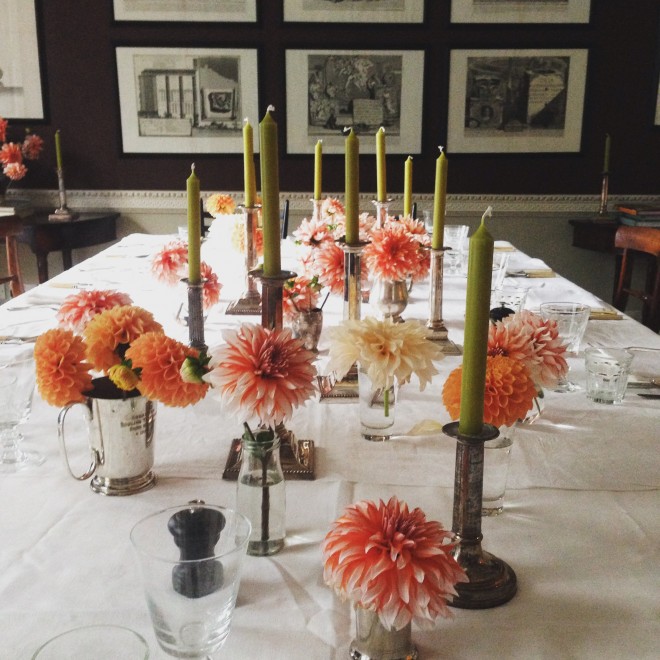 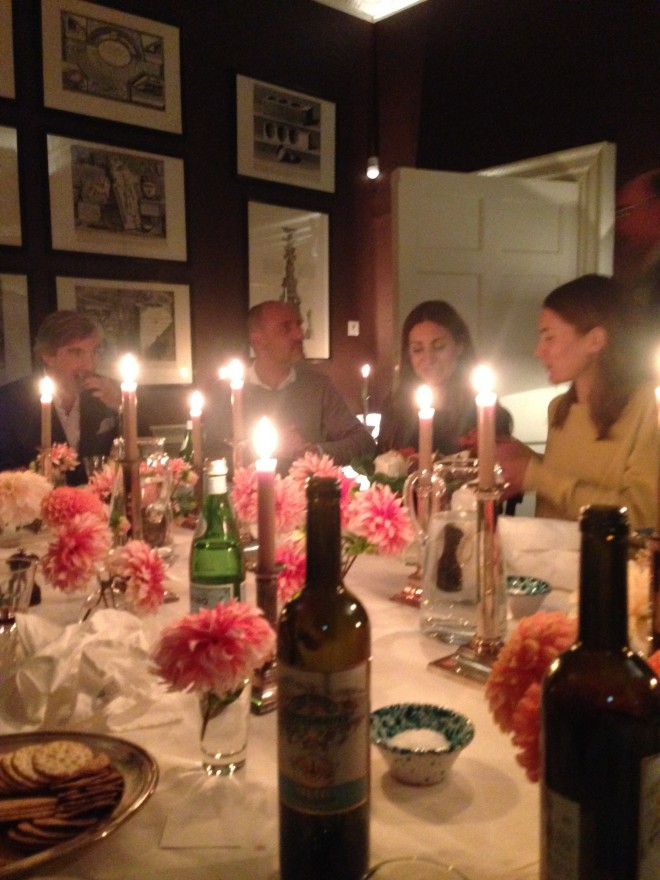 No one wanted to leave.

Charlie’s number one passion is growing flowers for cutting. He works hard planting, nurturing and maintaining the garden he shares with Ben at their house in Dorset and also works very closely with The Land Gardeners www.thelandgardeners.com from whom he sources extra cut flowers for events and display jobs. He will be selling their dahlias (to die for) at £6 a bunch. 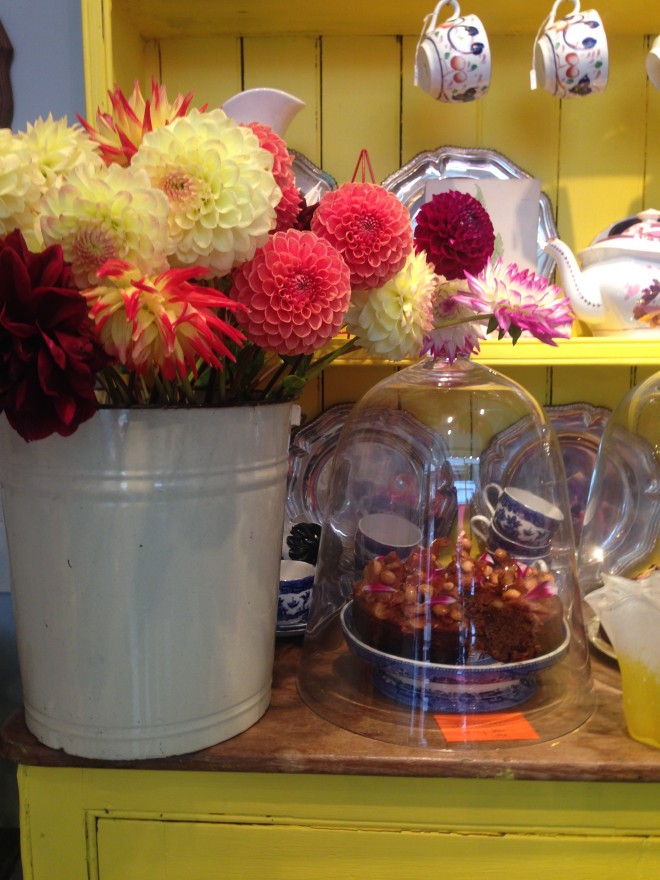 Having grown up close to nature, Charlie has an affinity for the outdoors, the earth and natural food. He notes that one of the most interesting parts of preparing for the pop-up has been discovering other English flower growers whose endeavour has become a cause close to his heart. “It’s important to me to use what is in season and to support English growers rather than forcing produce the year round with glasshouses and adding to carbon footprint problems. We know where we are in the year with locally grown flowers.” 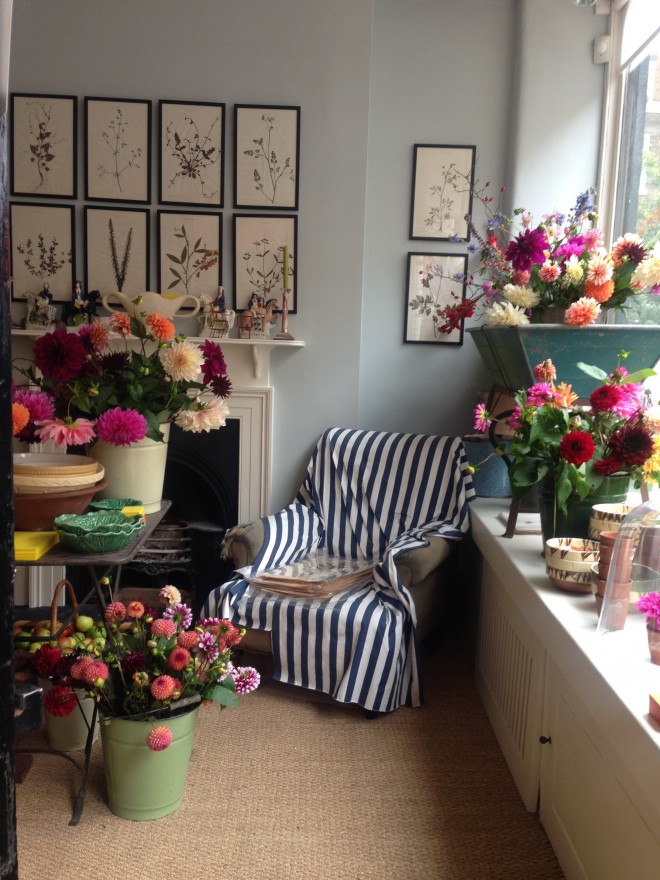 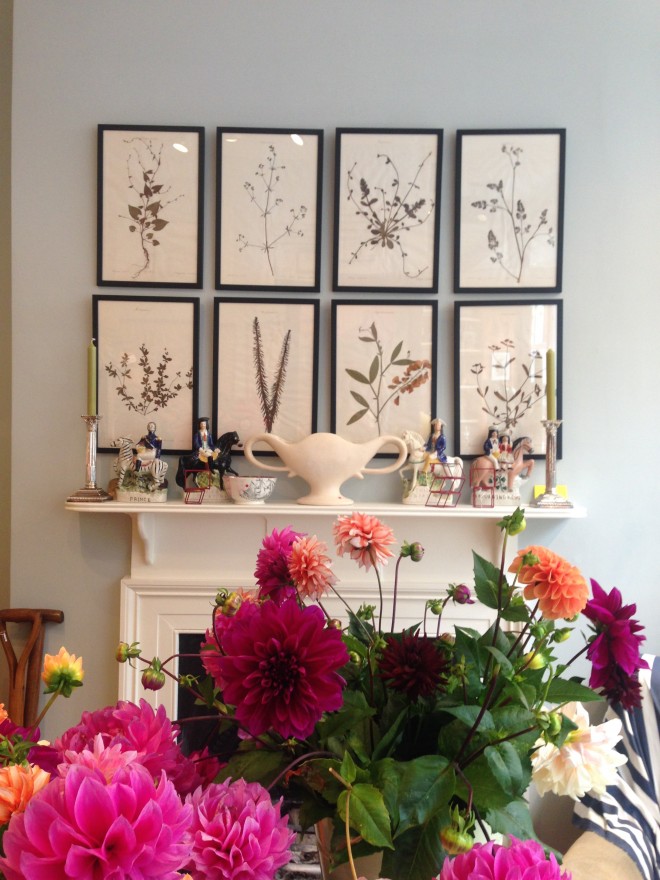 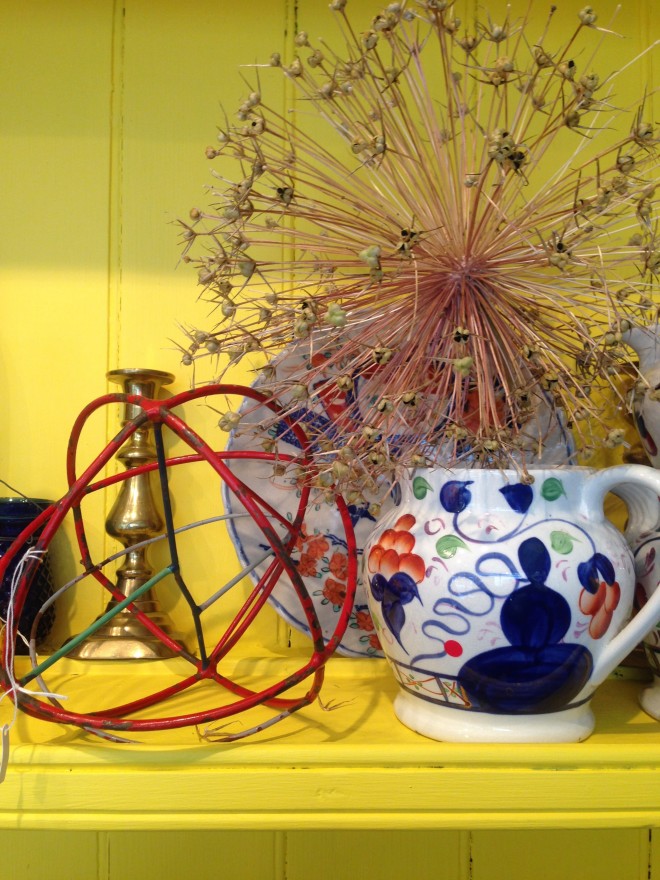 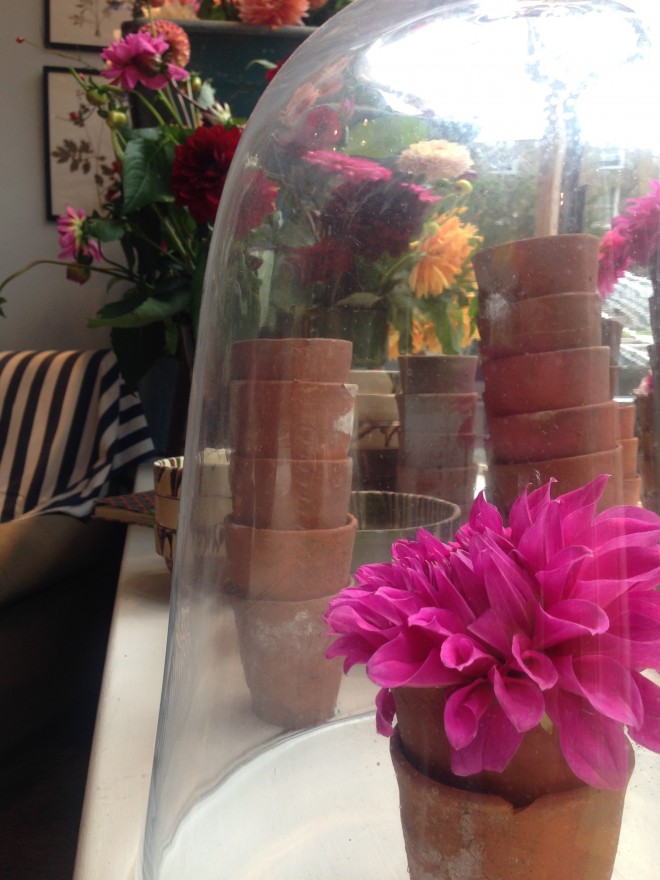 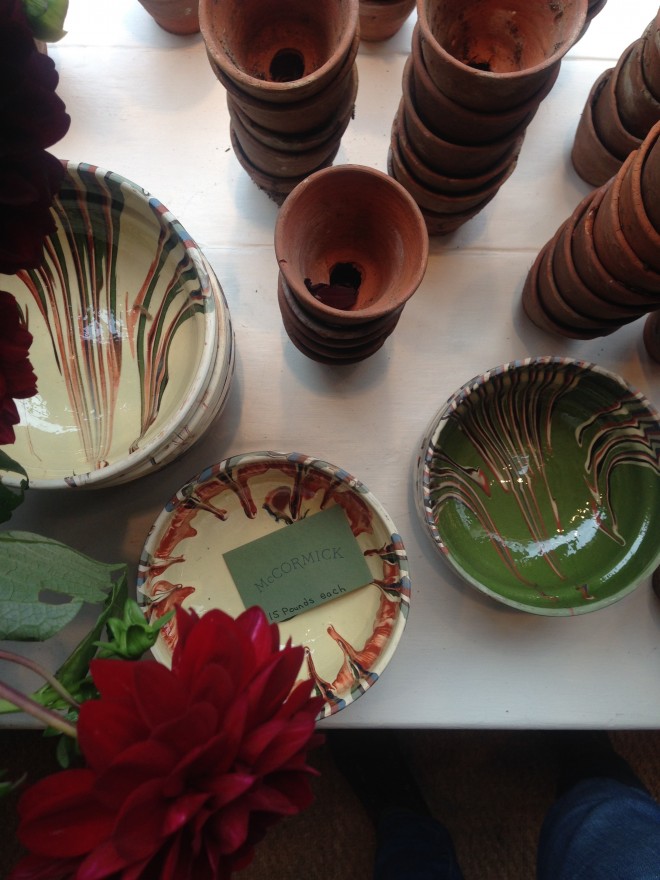 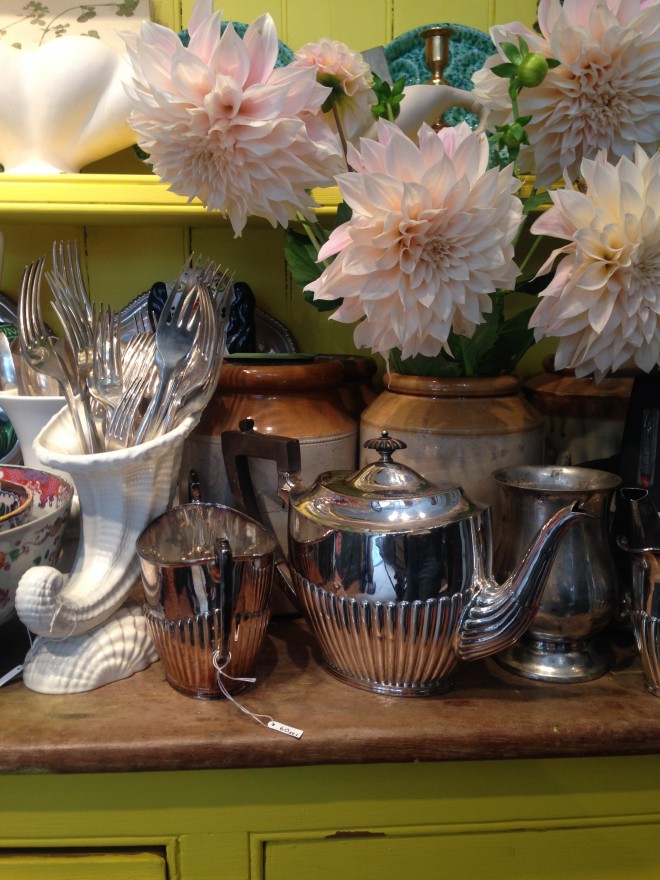 Expect to find a daily changing selection of cakes (we intend to try each and every one of them) and an impressive collection of English and French crockery and glassware with vintage terracotta pots and other garden and flower focused antiques. 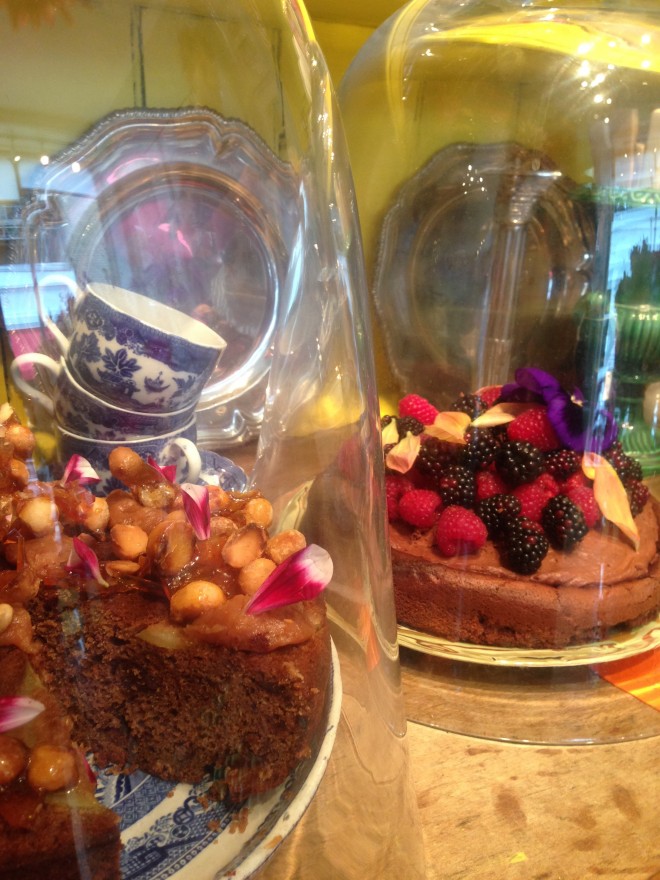 Ben will be joining Charlie at the shop on Saturday 24th October so please come and say hello.