Years and years ago, I guess when I was sixteen or so, I went on a French exchange along with a few other boys from my class at school. We set off in a coach at the beginning of the holidays and many hours later, after a weird ferry crossing that reminds one how, well – historic – the early 80s now feel, we arrived in Bayeux where, weary-eyed, we were collected by the various families we were staying with.

Everyone else was lodging with people in town, the sons of bank managers and lawyers. For some reason, which I will never be sure of, but was (in retrospect) so grateful for, I stayed with a farming family deep in a rural valley. Vincent, my exchange, was not – I think it might be fair to say – especially forthcoming, but it was an eye-opening week. Life there was lived in an absolutely unchanging way that has remained in my mind ever since.

This part of the story is not for the squeamish. On my second evening, Vincent’s dad took me for a tour of the smallholding; through the orchard, around the chickens, and geese. We ended up in front of a large rabbit cage with about fifty of the softest and fluffiest rabbits you have seen. “Which is your favourite?”, he asked. In my bad schoolboy French I pointed at the softest and fluffiest of the lot and explained how much I liked it. I don’t think I expected what happened next.  I am sure you can guess.  It was quite a brutal introduction into the reality of life on a rural French smallholding. That rabbit was tomorrow’s lunch, and it was quickly dispatched in front of my eyes.

Vincent’s grandmother owned a farm a little way up the lane. We went up there the following morning for granny to skin the rabbit, and it was here that the trip made such a remarkable impact, so strong that I can remember that place as if I had left it yesterday. It was like stepping back into another century. A farmyard, deep in manure, was filled with cows, goats, pigs, chicken, geese, ducks and a donkey. I’m not sure animal welfare was quite what it might have been. The old stone farmhouse was collapsing, but remarkably beautiful. We entered the kitchen. The floor was covered in mud. The walls were painted two shades of gloss paint, primrose and daffodil yellow, that could have come straight from Monet’s house at Giverny, were it not for a pair of brown chickens sitting on the table. Against one wall, an ancient black cast iron range; on the opposite wall, a wide, white gloss painted dresser.

I have never forgotten that farm; it resonates with me still.  And perhaps that is why I so much love finding a farm gently collapsing, and which has not been tastefully done up (Cotswolds, anyone?). Maybe it is why I find so beautiful, and quietly rich with meaning, the photographs of James Ravilious, whose books you might have seen in the shop; this photograph of ‘Archie Parkhouse’ is one of the things that I treasure most. 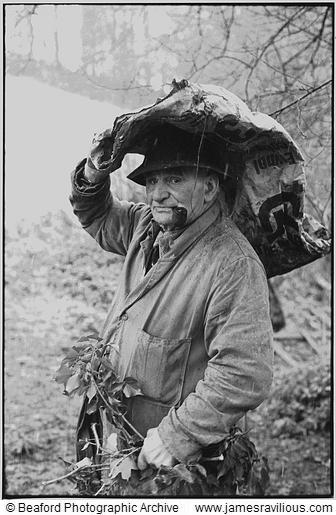 Anyway, to find a fragment of the old way of farming is a rare thing today, although I am glad to say that West Dorset is a little less cleaned up than one or two places we can think of.  On the drive to my friend Jane & Johnny’s house, is this wonderful farm, at Mangerton, with a decaying regency farmhouse and remarkable two storey barn. 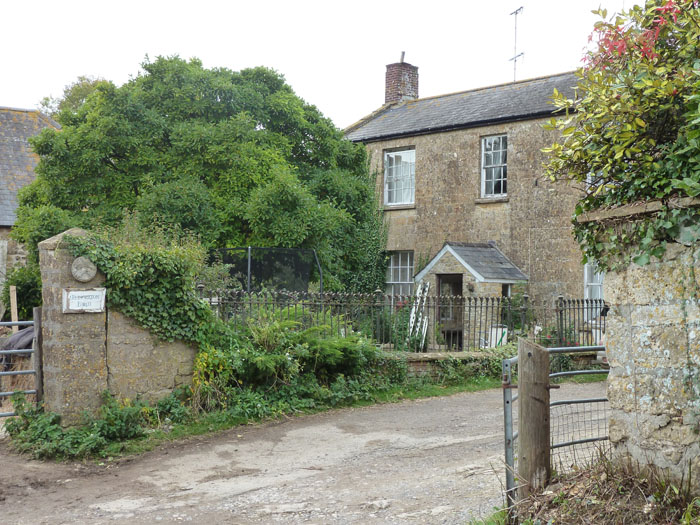 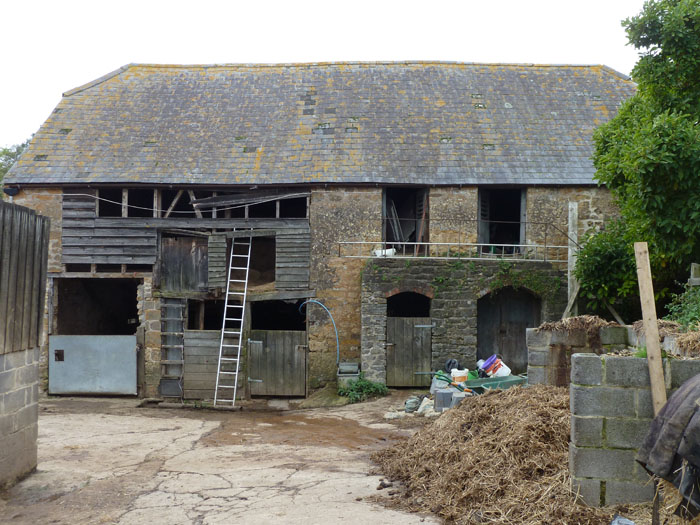 I love that barn, which you can imagine being drawn by an enthusiastic architecture student in the 1920s.

Or, in the next door village to me here, this lovely Georgian house which is gently collapsing around the owners. Perfection. 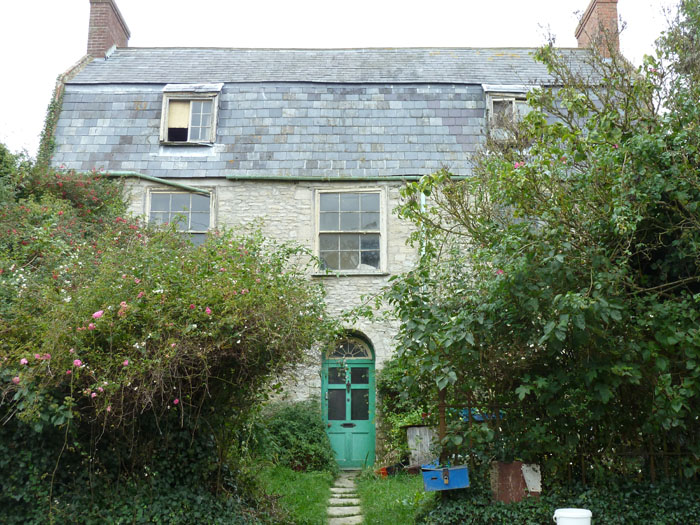 But do you remember me writing about the treasure hunt we held in the valley a month or so ago? The greatest joy of that trip was being taken, by the clues, down a little lane that I had never been on before. And it ran through a farmyard of such beauty, and fragile decrepitude, than when I had a friend staying this weekend I thought we had better go back for a better look.

Image how grim it would be if, instead of a broken car with no wheels, that was a large black range rover in the drive, and if tasteful Farrow & Ball paint and dark coloured dahlias adorned the facade.  Oh no. That would not be on. Well, it is sort of inevitable, I guess, but can we just for a moment enjoy the Undone up? 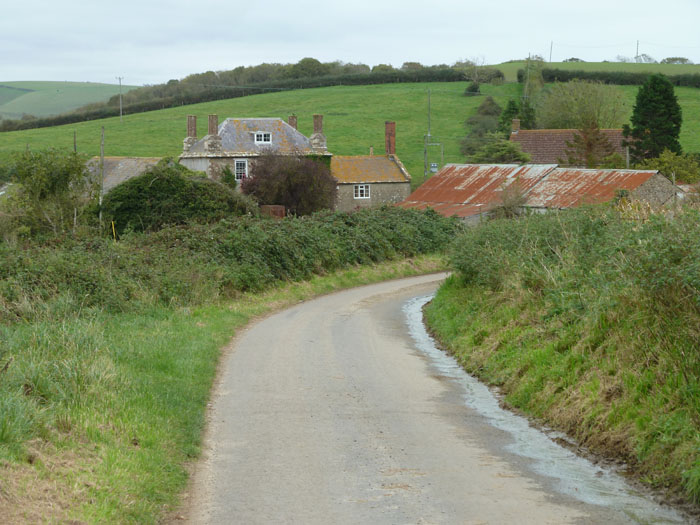 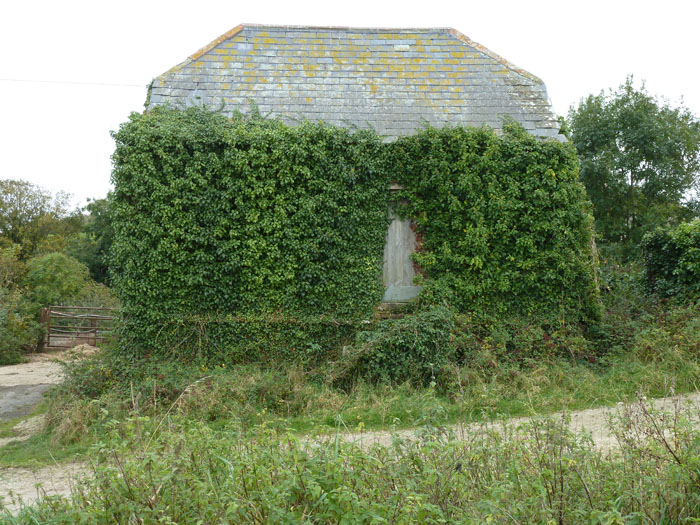 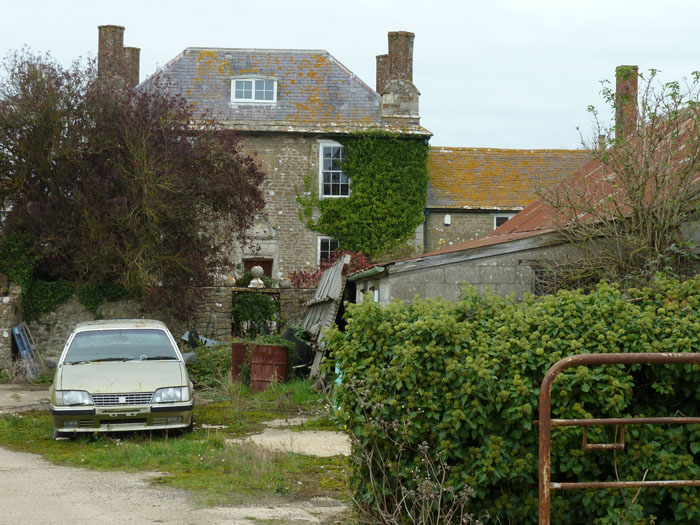 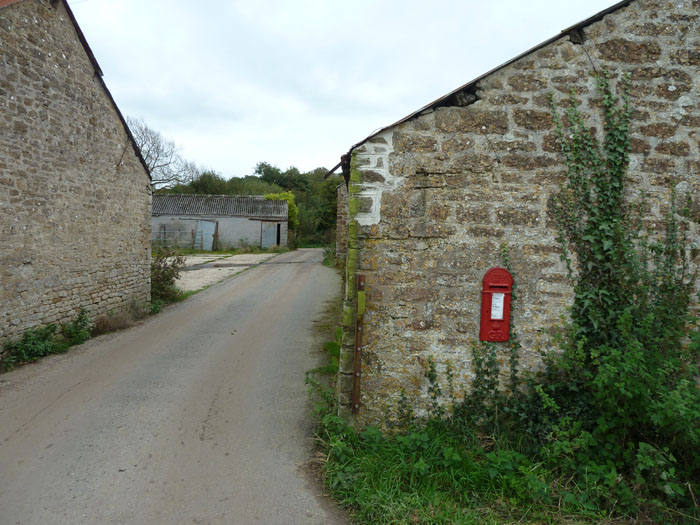 (wouldn’t you like your own postbox set in the wall?). 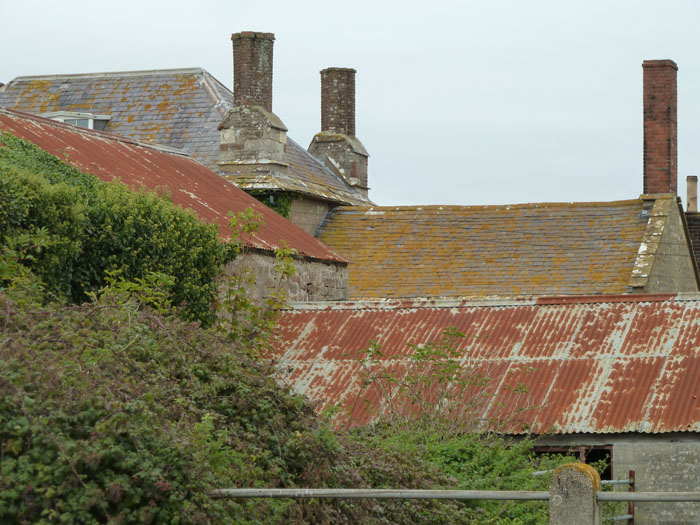 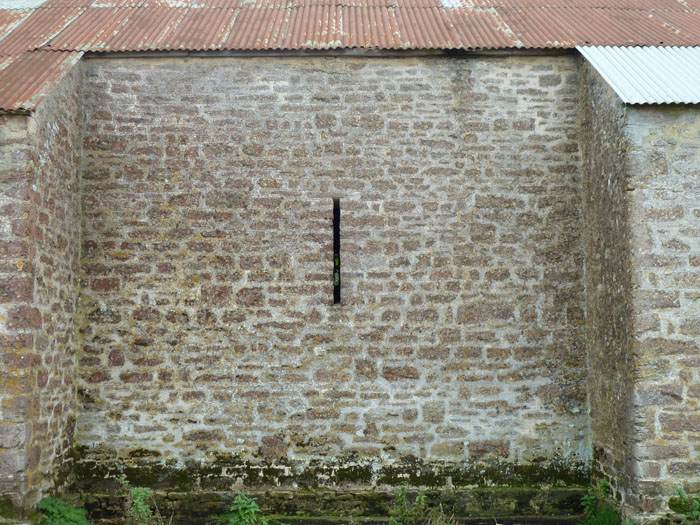 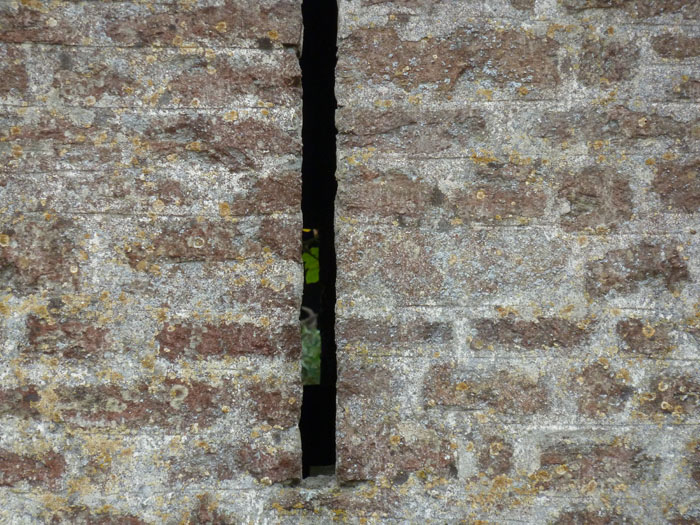 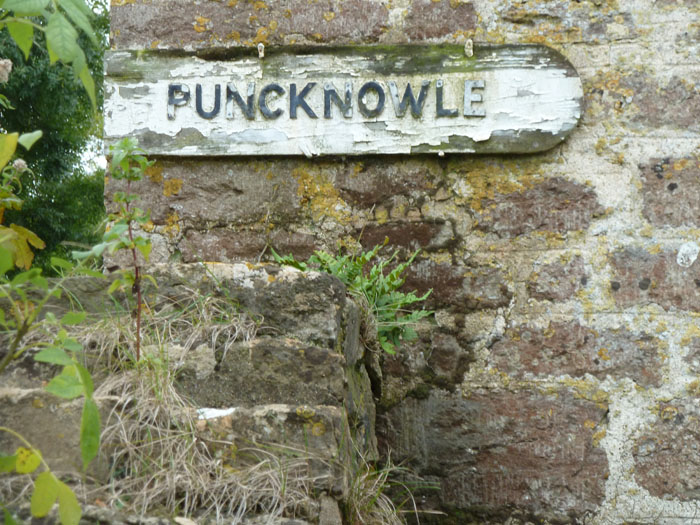 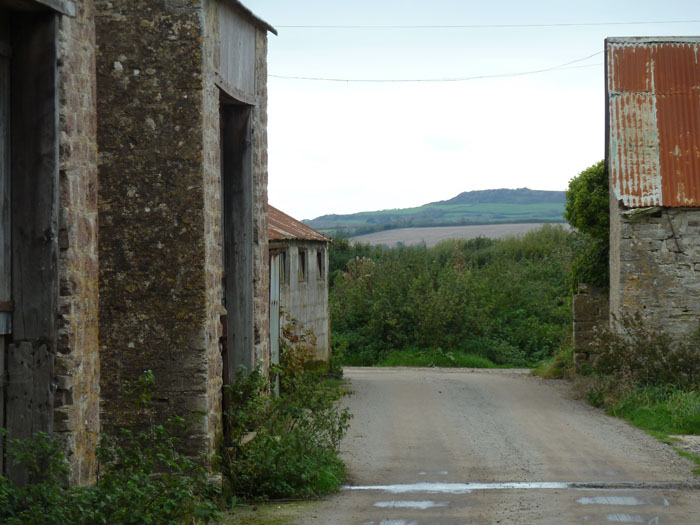 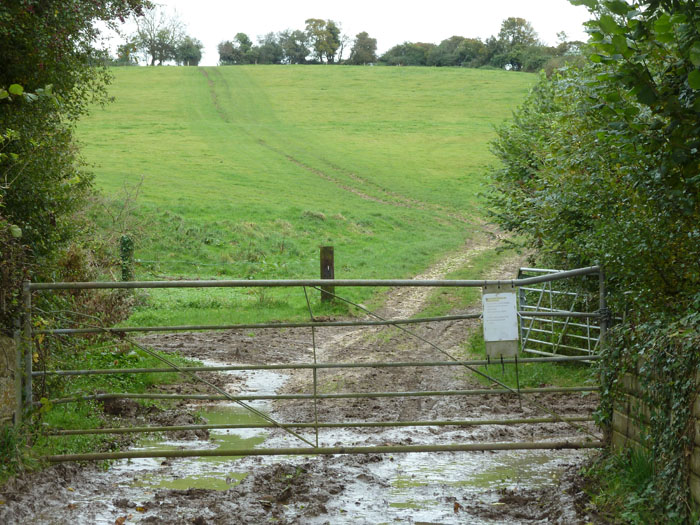 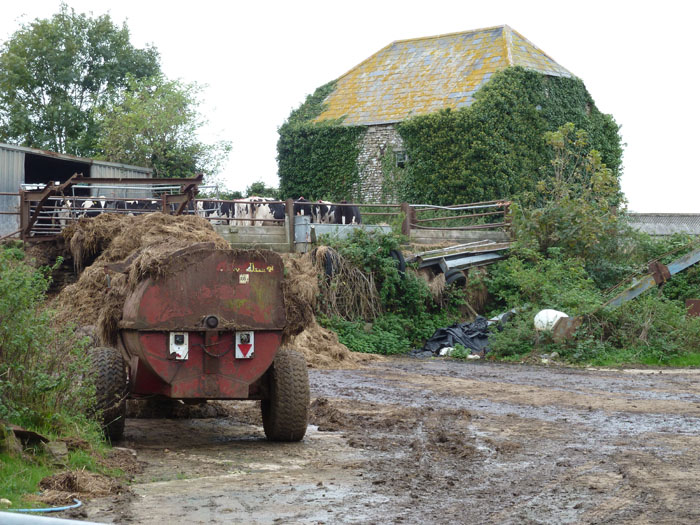 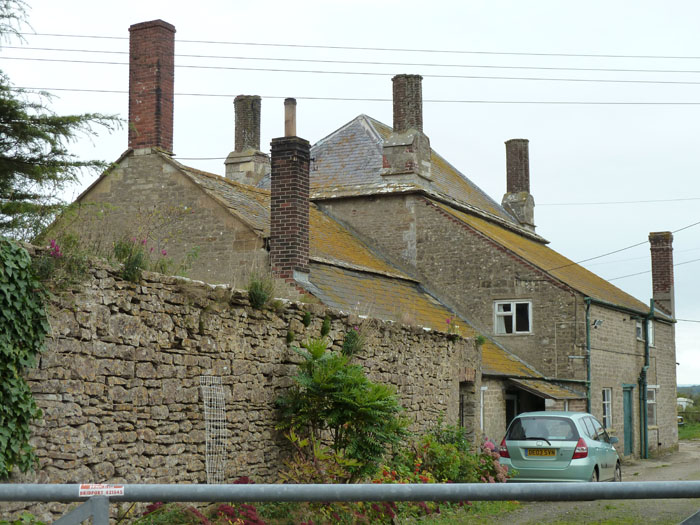 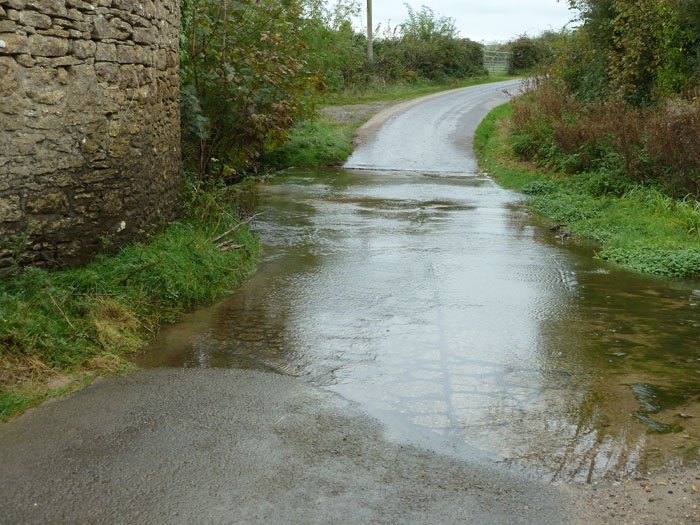 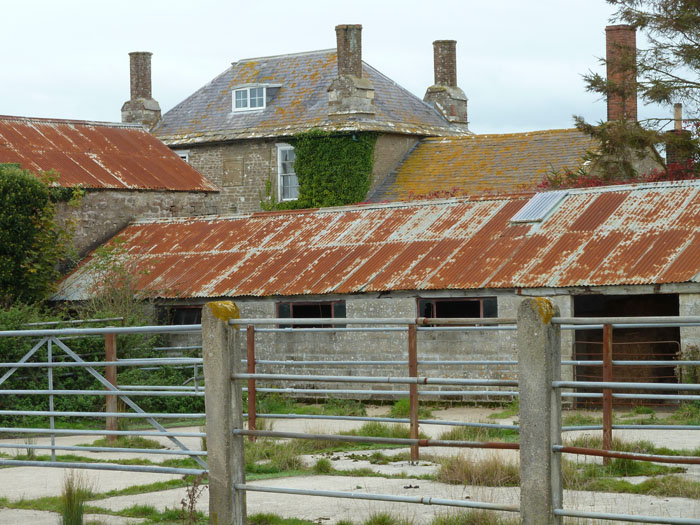 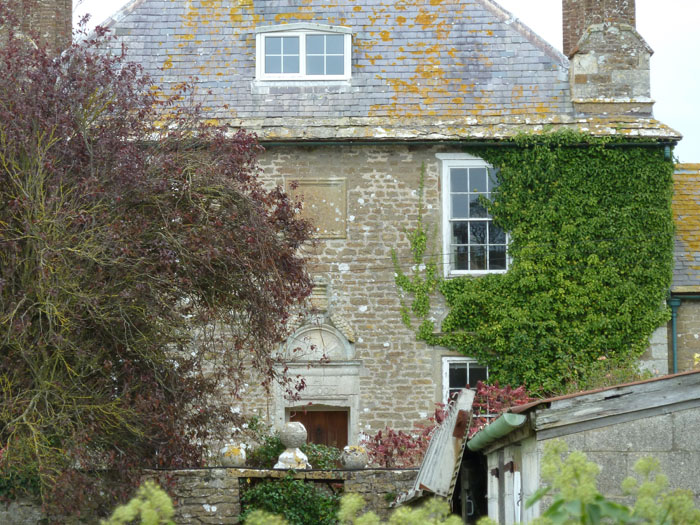 What a place of joy. Simultaneously poetic in collapse, and allowing us to dream.

Back at home, it was time to turn to The Royal Commission books and see what we could find. These should be the subject of another post, because I cannot say in a sentence what one needs to about these, some of the most beautiful, and richly detailed books on architecture ever published. I’m always thankful that they completed Dorset first, before realising it would be too great a task to carry on with other counties – although Salisbury and Cambridge did get published. And sure enough, amongst the pages, there is Look Farm, in a previous incarnation. 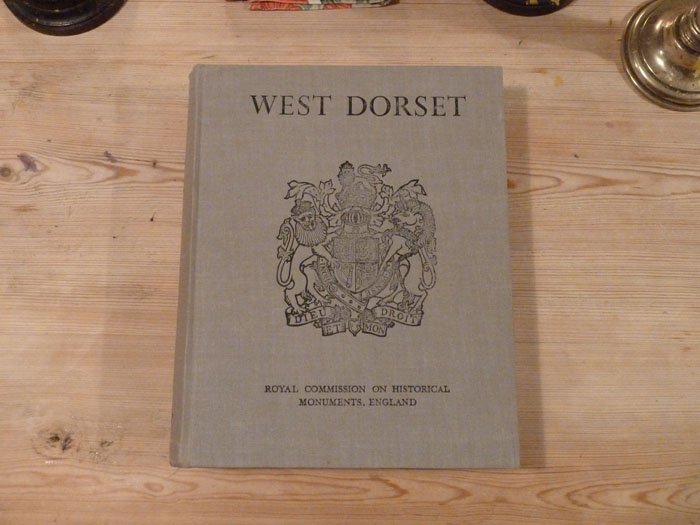 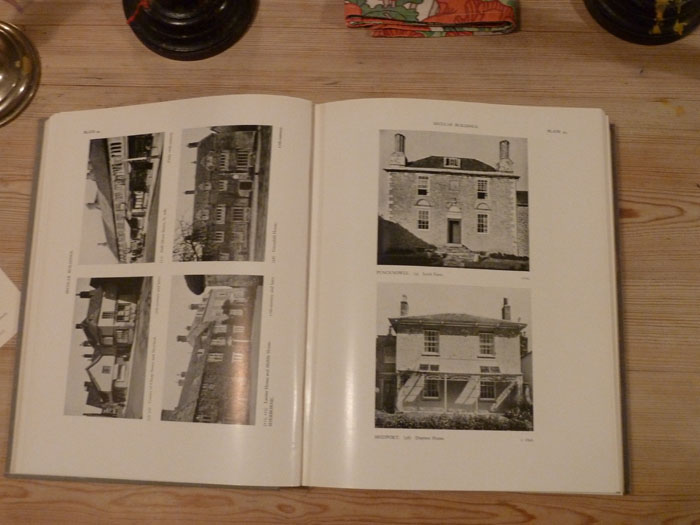 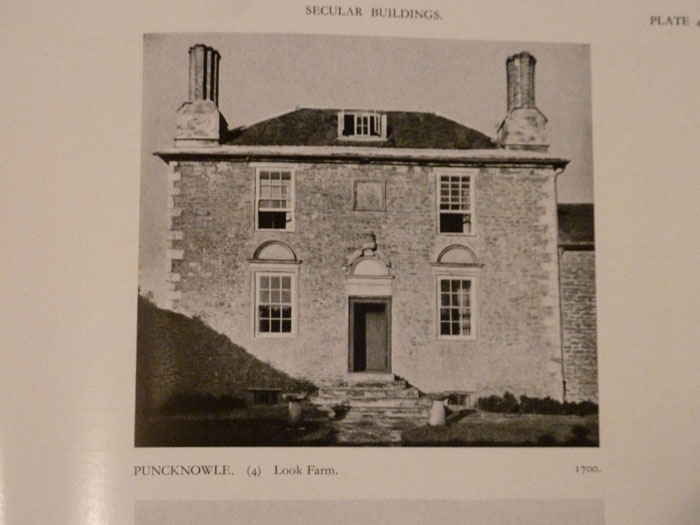 And now it is bedtime, and time to dream of a small stone house with four corner chimneys and a dolls-house facade lost deep in the most beautiful valley in Dorset.