Why is there a photograph of Camilla Shand and Captain Parker Bowles on the wesbite all of a sudden? 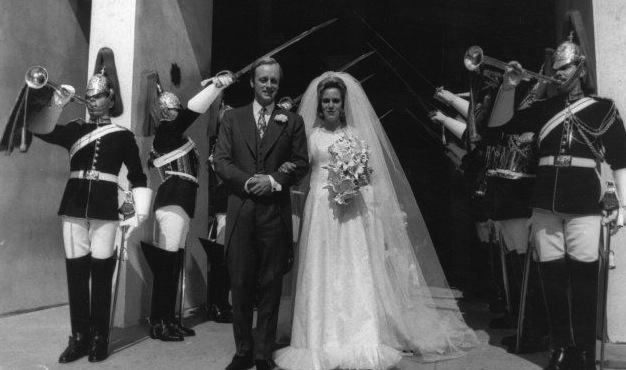 No, not because we’ve turned into ‘The Monarchy of Britain.com’ (although of course, all of us at 17 Rugby Street are great believers in the august Institution)…

No. It’s because we may have a rather curious curiosity on display in the cabinet next week.  All being well.  A good friend of our good friend, Mr Peter Hone, is planning to display (look, don’t touch, and don’t even think of buying) the young Camilla Parker Bowles’s bikini.

It’s been a little damaged over the years by a certain Rothschild, who, not realising that it was merely for parade, wore the said costume as she went for a dip. Well, okay, the colours somewhat ran. But Bridie and I have decided that it would still merit display amongst the extraordinary collection that will be assembled in the shop next week.

Handsome chests of drawers in spare bedrooms are being rummaged through. The back of deep mahogany wardrobes are seeing the light of day for the first time in years. The problem is that our secret source cannot quite lay her hands on the bikini just yet. But we are confident… well, we are at least hoping… that it will be uncovered by Wednesday. And revealed in all its glory. Floreat Camilla!