We’ve had another week of beautiful mornings – although cold, with a biting east wind. But our daily round of getting up and taking the dogs out as the sun is rising has been magical at clearing the head and sorting the brain…. I hope for you as much as for me.  Never in my life have I been more aware of the restorative power of nature, and the importance of tending to our little corner of the plot of the great garden that we call Earth. 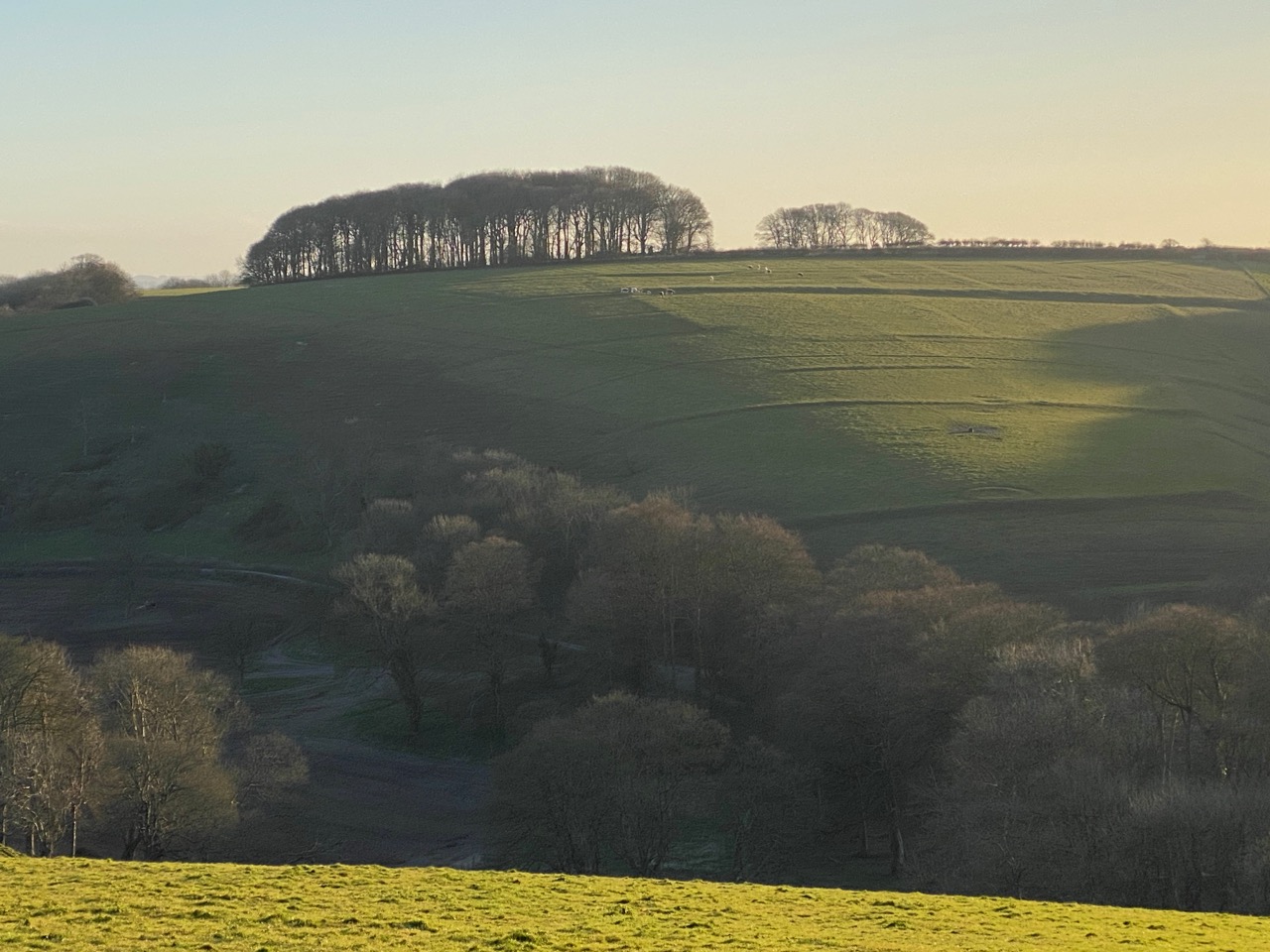 The Longhorn cows have been out on the high chalk hills. Their gentle, unhurried nature, touches the earth so lightly… 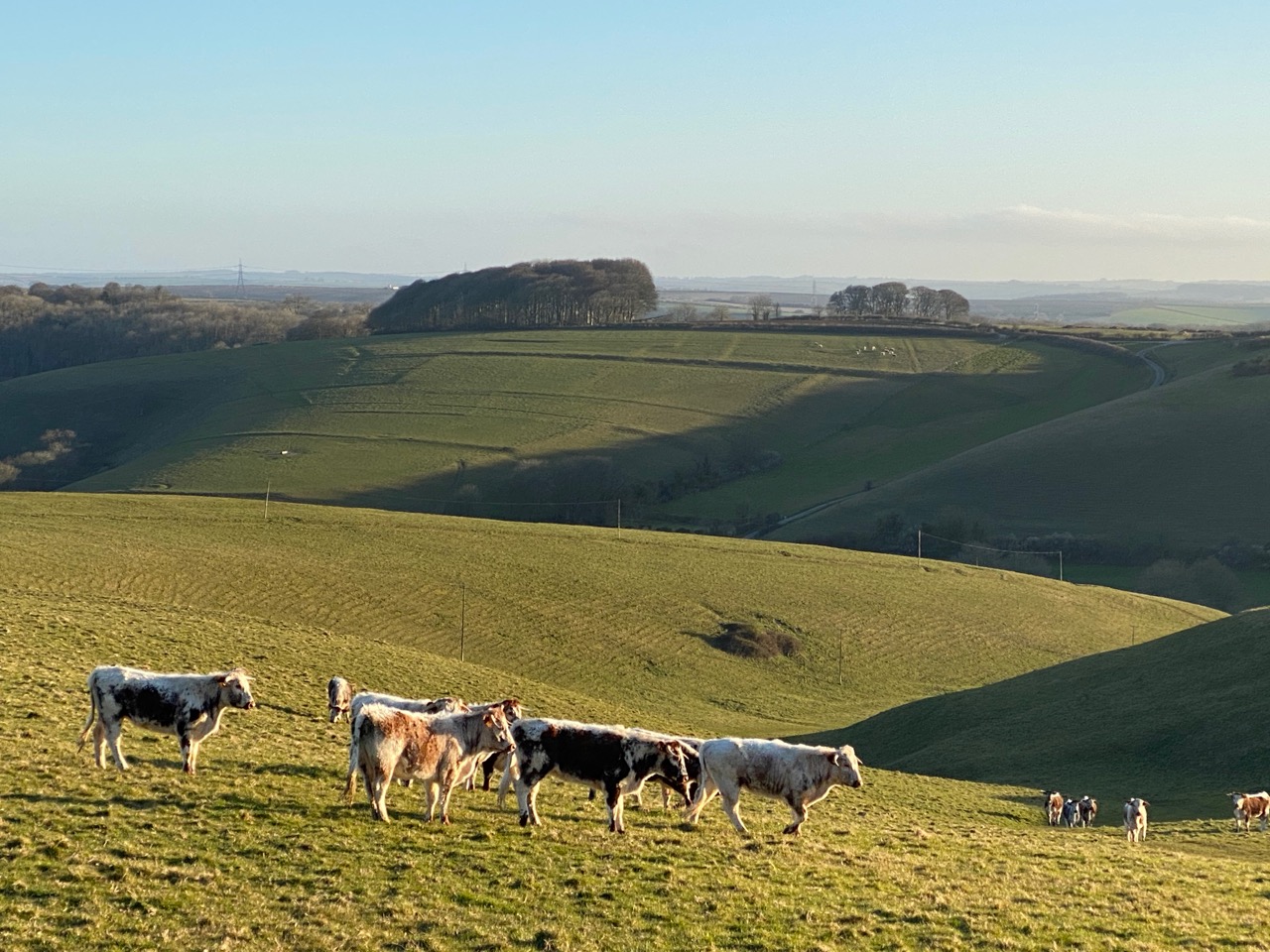 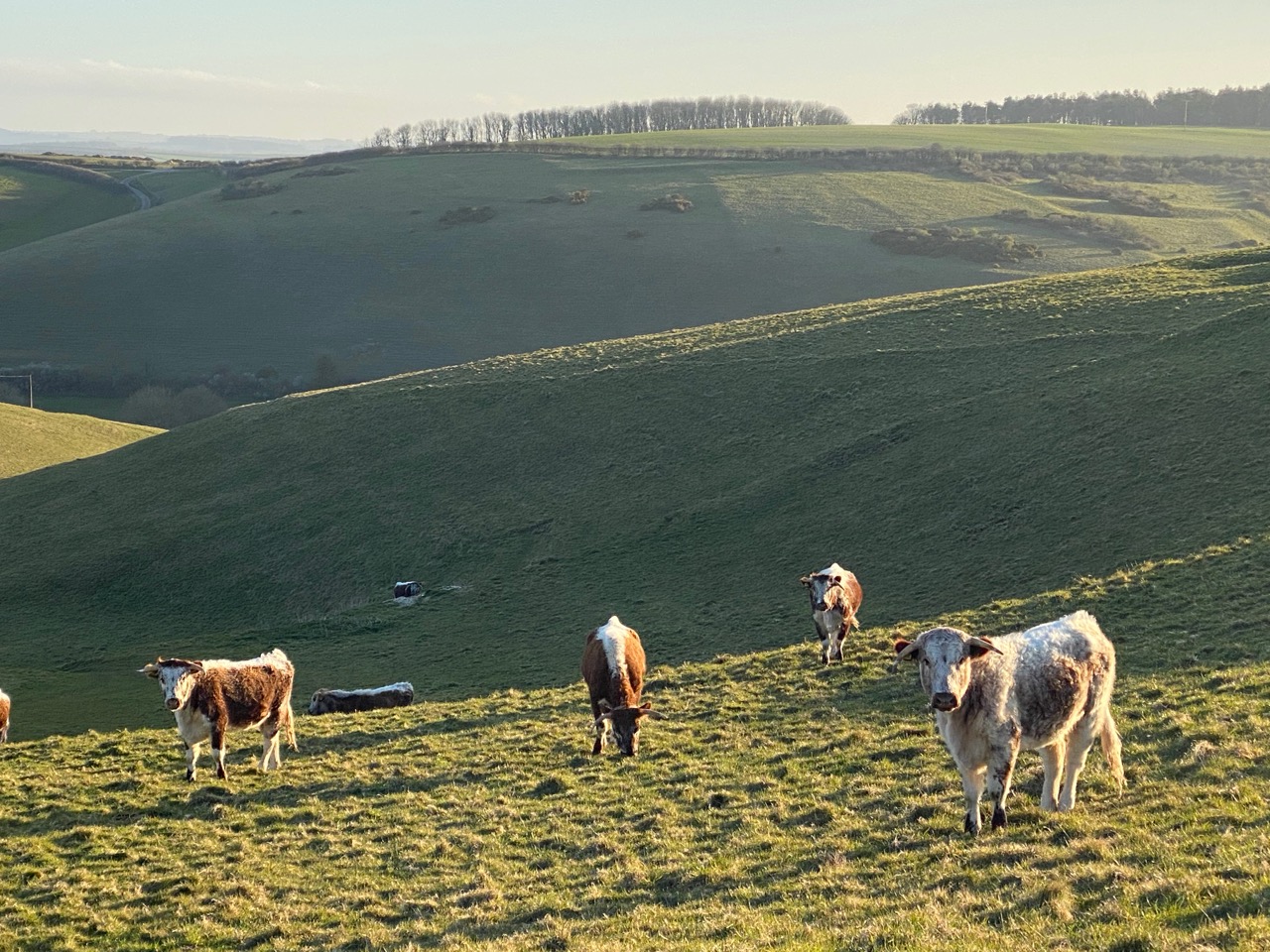 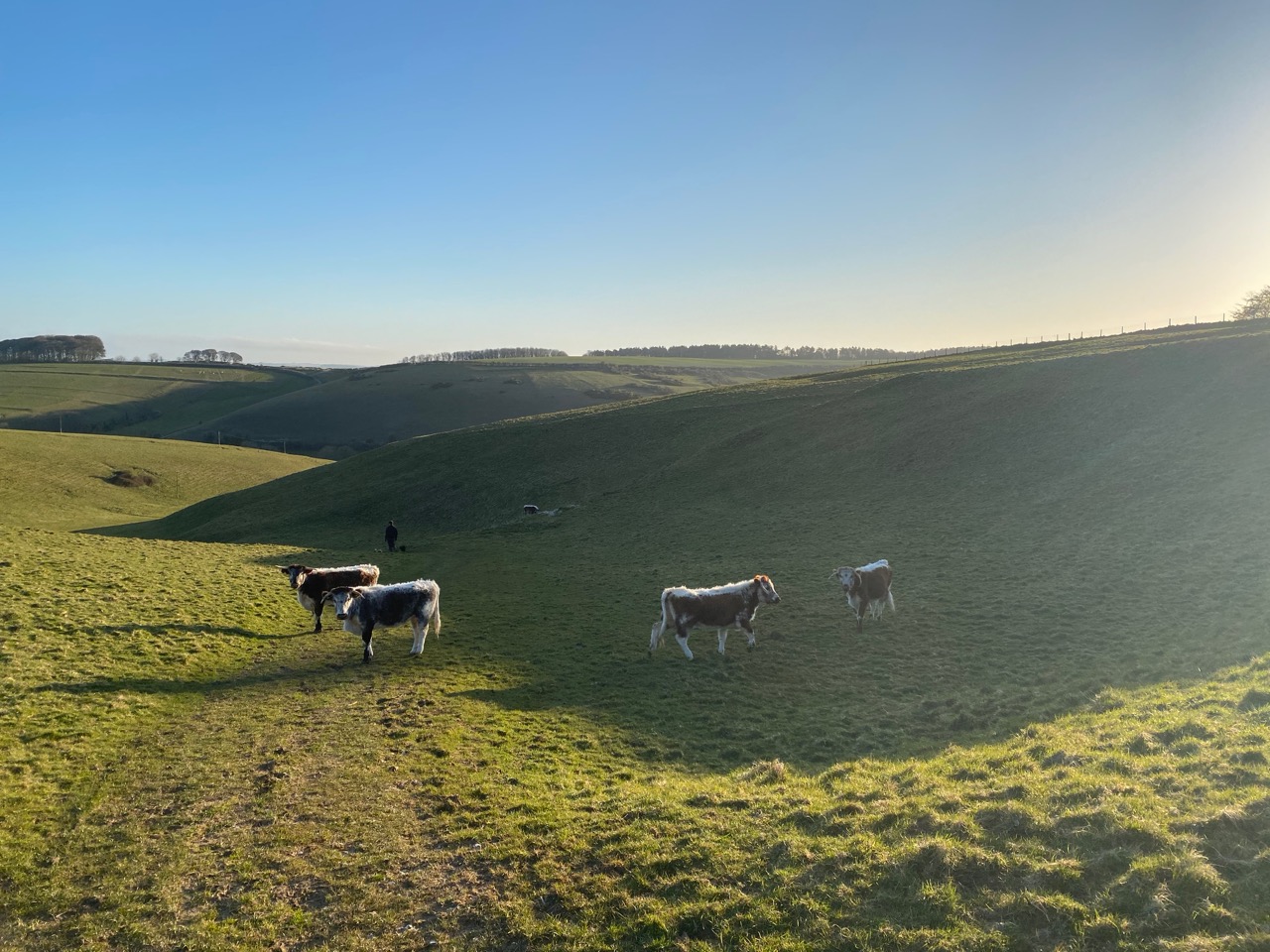 … in contrast, I will say (I’m afraid) to so much of the more aggressive farming around and about this valley, which thinks its alright to hurtle around tiny lanes and fields in huge over-scaled machines, destroying, only this week, lane-side verges where only the day before I’d noticed swathes of tiny violets just beginning to flower. Gone in an instant, crushed by a vast tyre…  Or which thinks nothing of ploughing up ancient untouched pasture to make a quick feed crop.

I understand why it happens like this, I understand it’s to do livelihoods, I (think) I really understand the tough realities of farming in the modern world –  but I cannot quite be sure it’s the right way – and I’m feeling that more strongly than ever this particular week which sees our daily round, morning after morning, drinking in the same views, and noticing the tiny details – suddenly crushed.

But the skies were blue and spring is bursting, despite the horrible news unfolding all around us. This morning, Bridie and I found out that our great friend David, who has exhibited his beautiful little prints in our shop for so many years now, passed away on Saturday morning from the virus; a wonderful, kind, brilliant, gentle man who one just knows had so many more good years to give, despite his great age of 90. And Bridie lost her great friend Sue yesterday as well. We’ve lit candles to them both this evening. 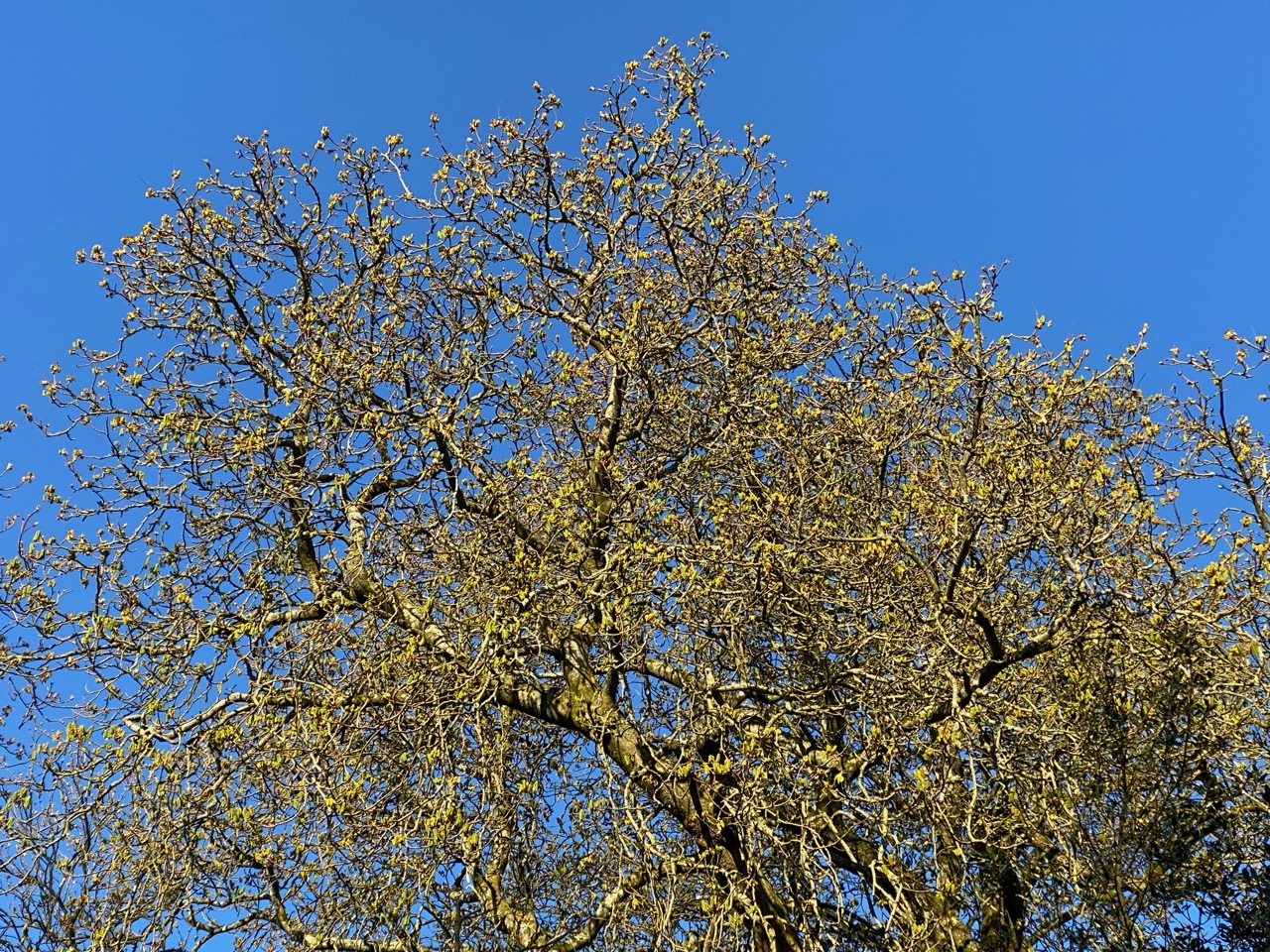 Charlie has been hard at work in his garden. 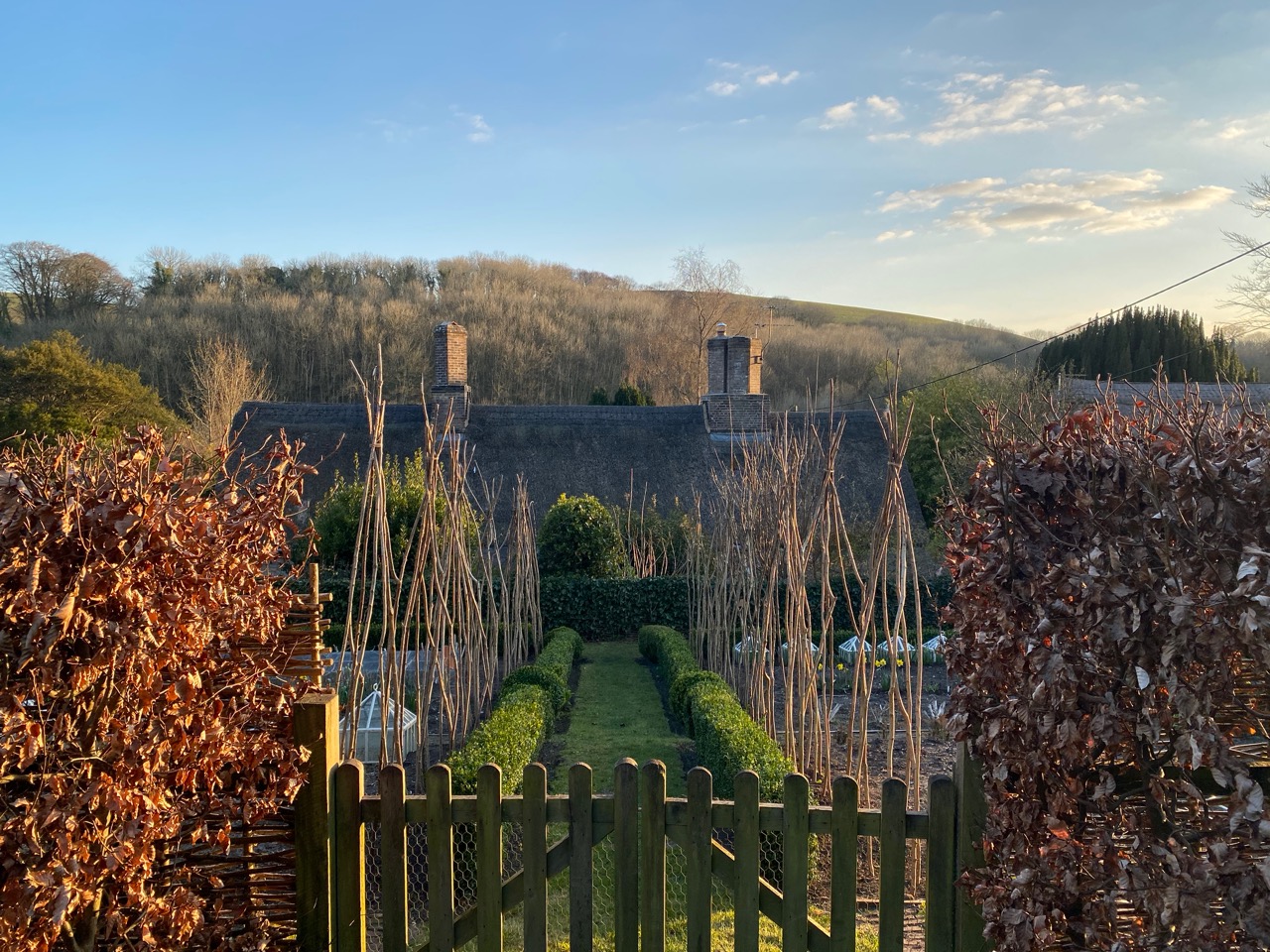 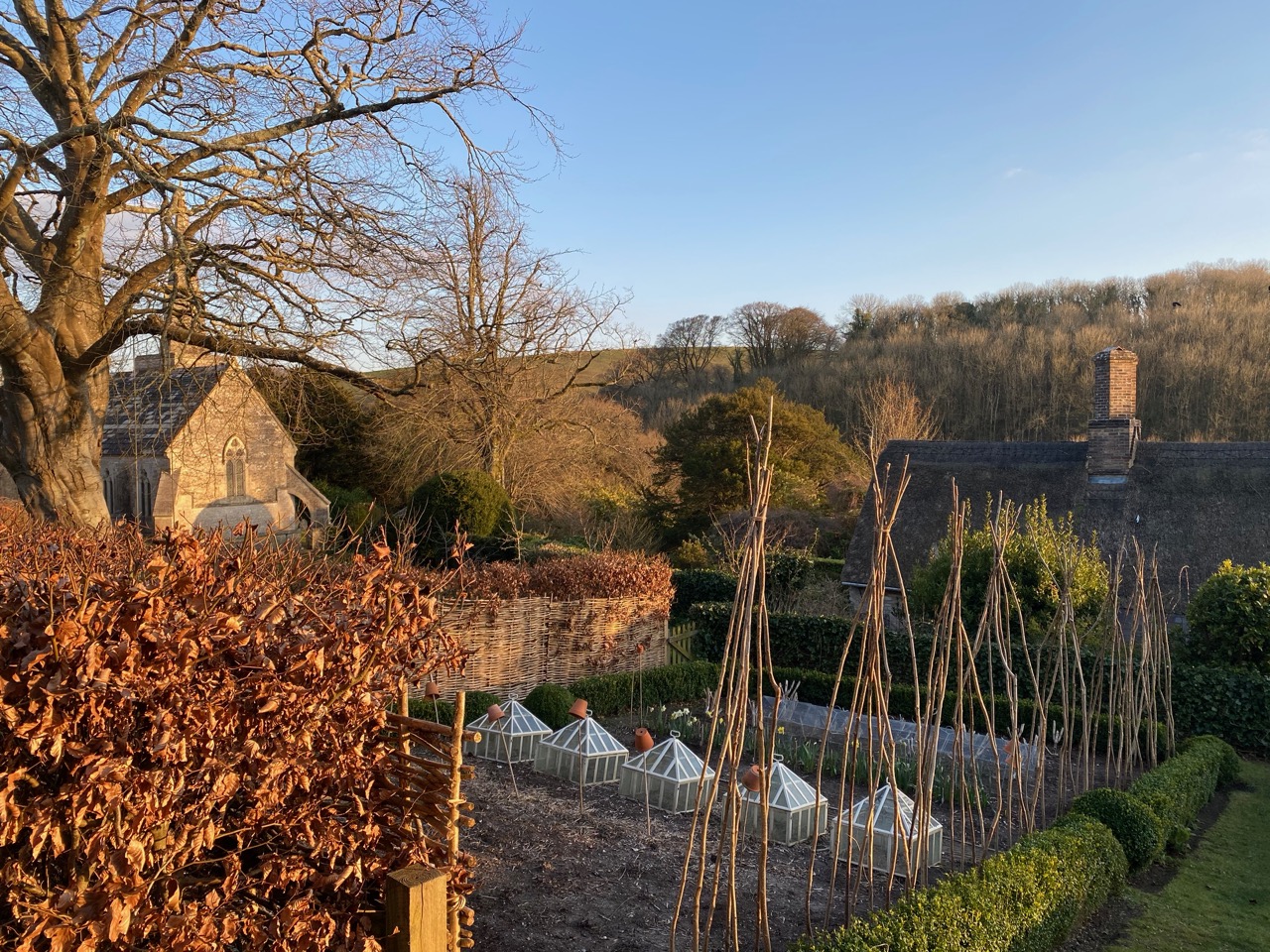 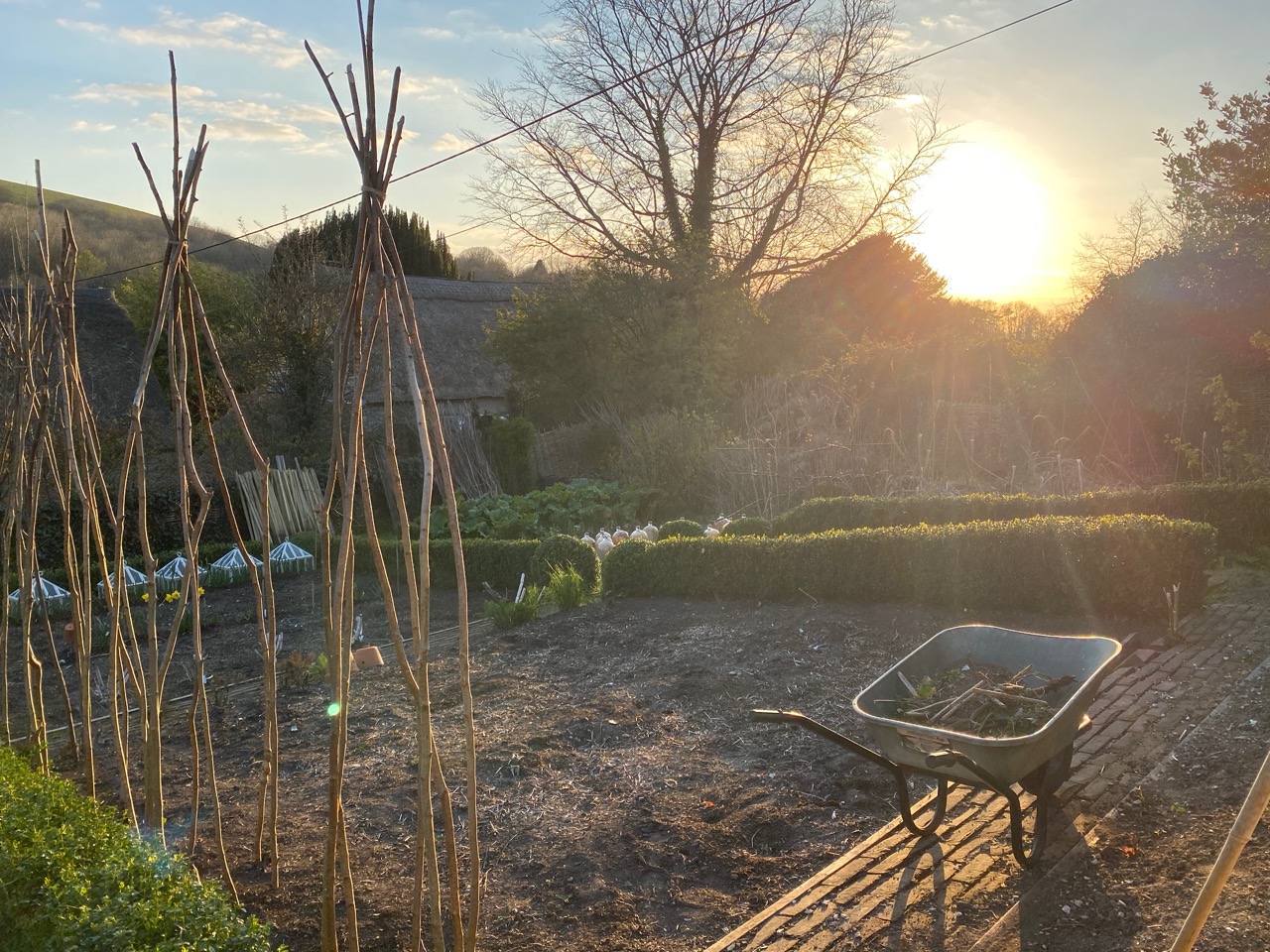 I’m slightly regretting that last autumn he made what felt like a perfectly sensible decision not to plant his usual thousands of tulip bulbs. We really thought we’d be spending as much time as possible in Scotland this spring. I know it makes me sound like a spoilt brat when I say that is not to be – but believe me, I am not complaining, I have never, ever in my whole life been more grateful that we have managed to rent this beautiful house, as well as live in London, for so many years now – it is a place of total solace. 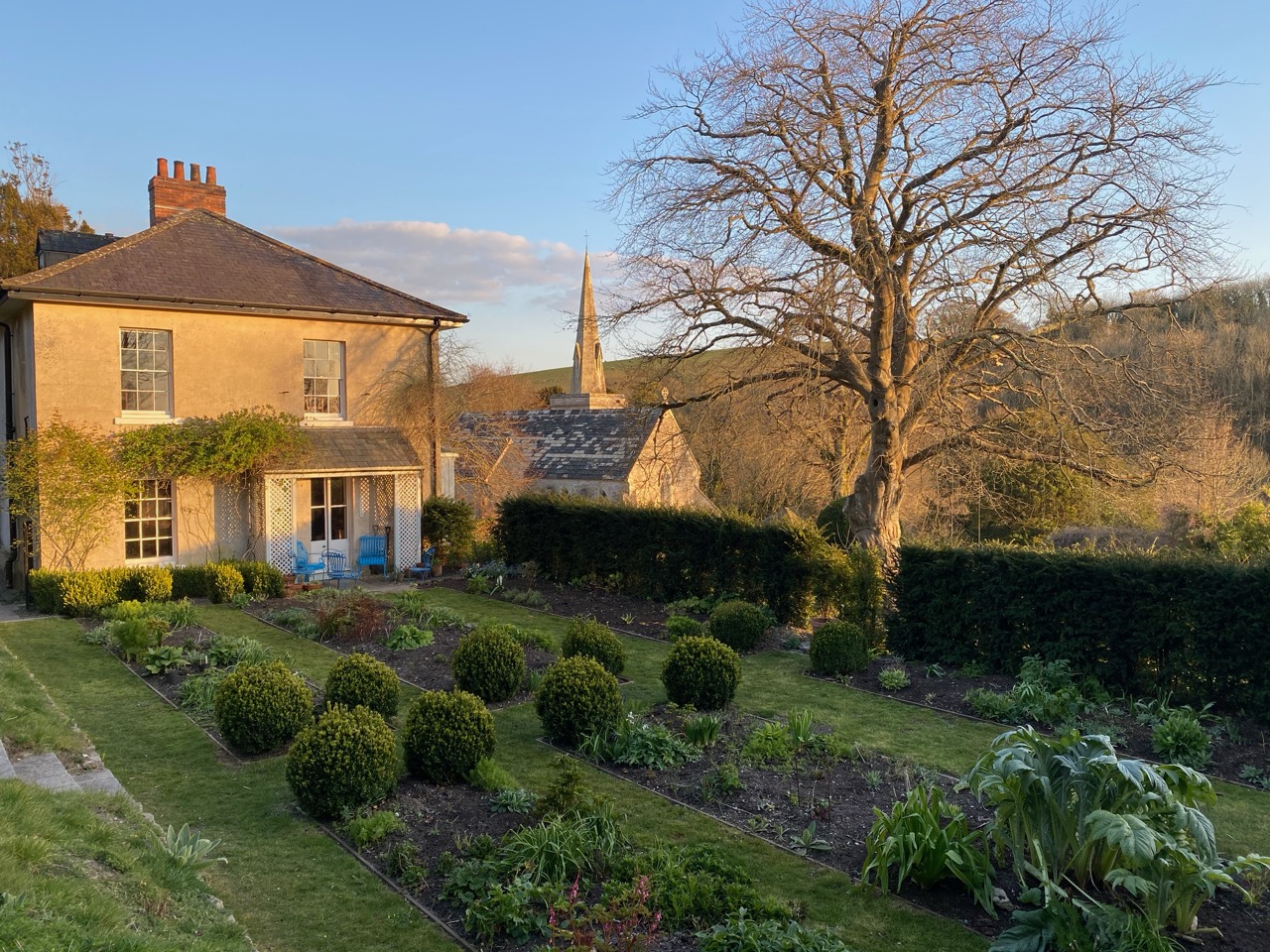 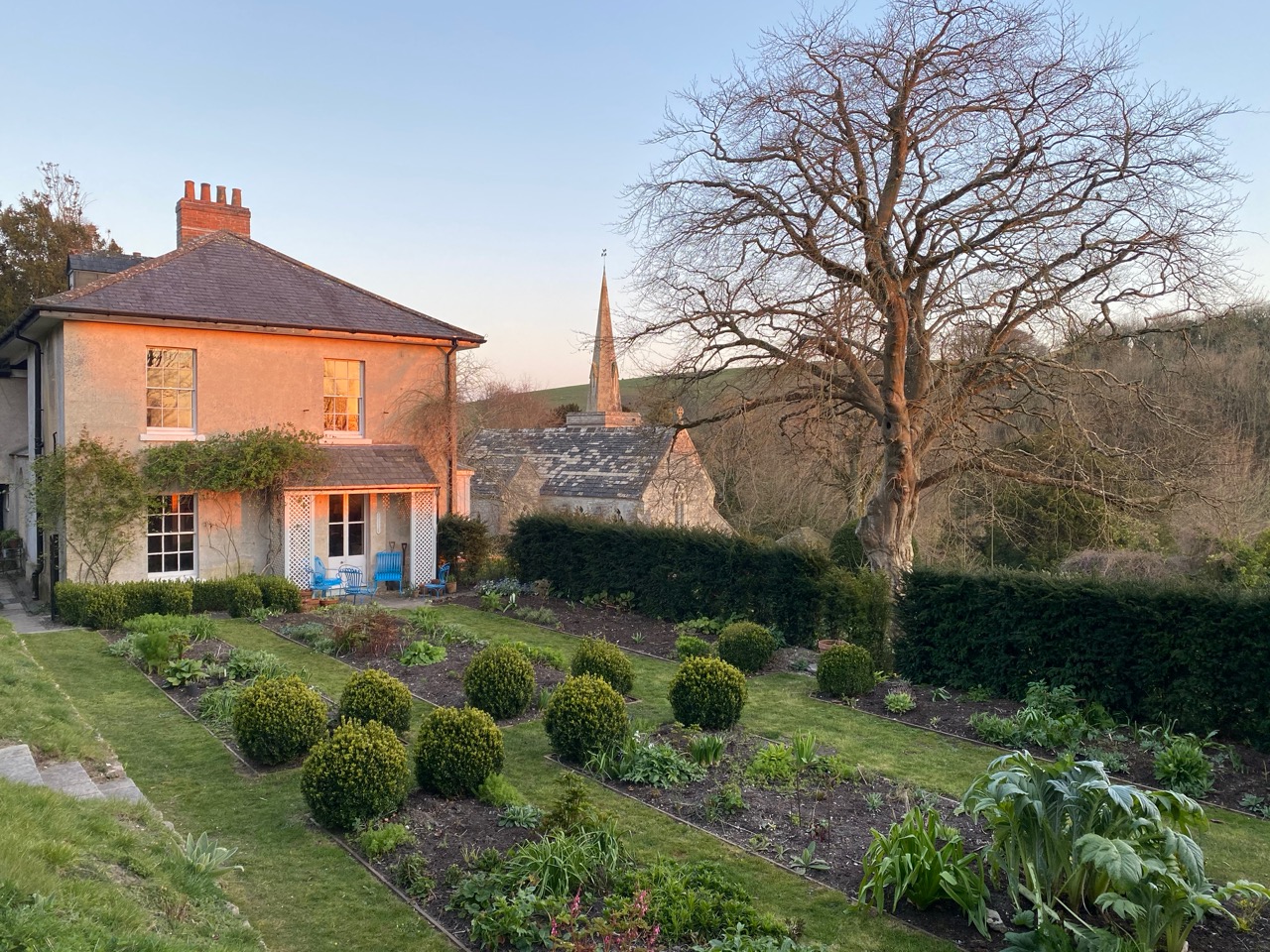 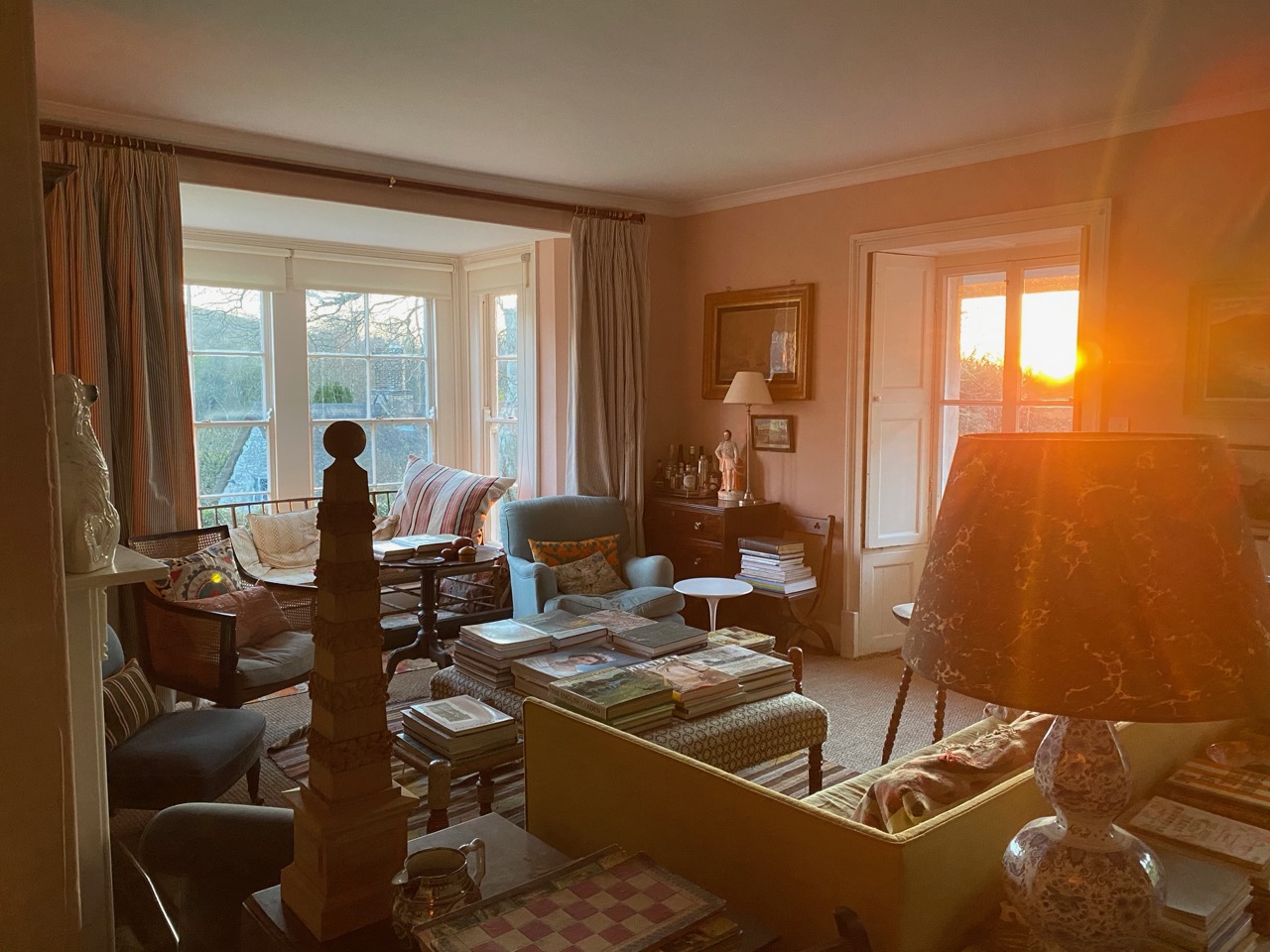 I remember when I was living in New York in the time right after 9/11, that the city fairly quickly split into two worlds – uptown, where semblances of normality returned within days of that terrible moment; downtown, where I was living, where the sense of crisis, of war, almost, lasted for months and months. I suppose the same thing may happen again, where our cities – which are meant to be full of life, love, laughter, intensity, bustle, trade, rough trade, people – lie silent while life in the countryside can in some way or another carry on.  Time will tell. 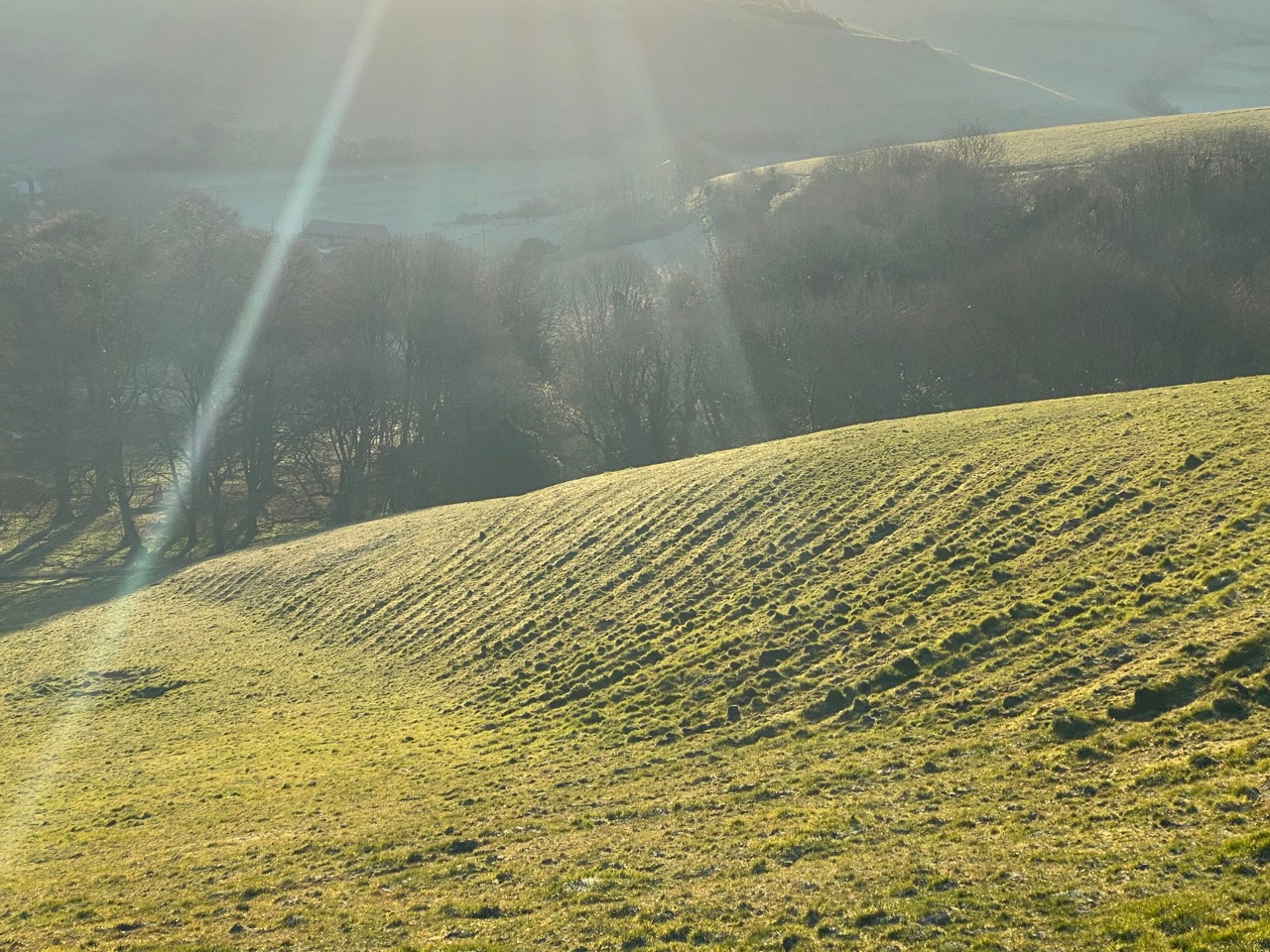 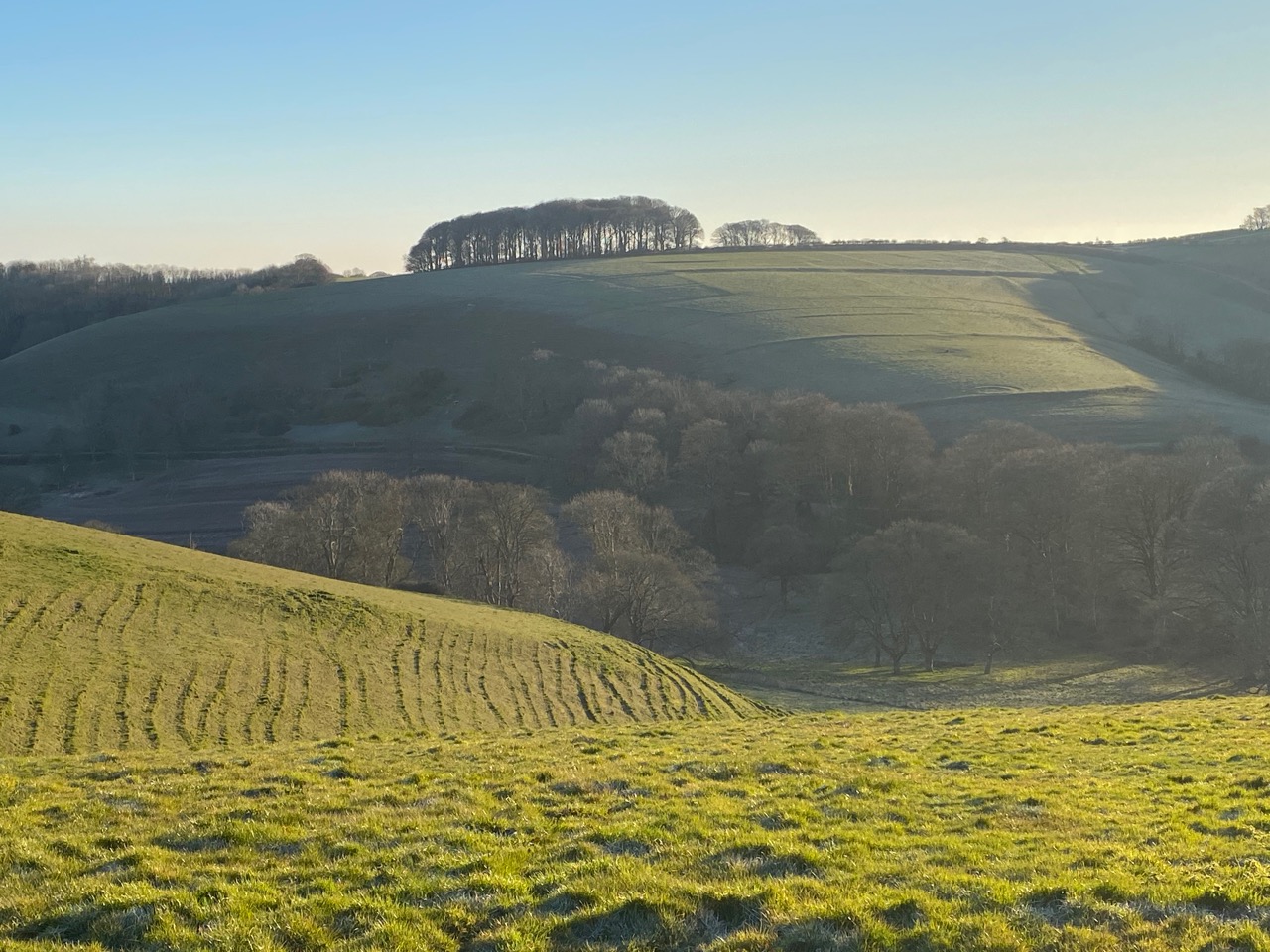 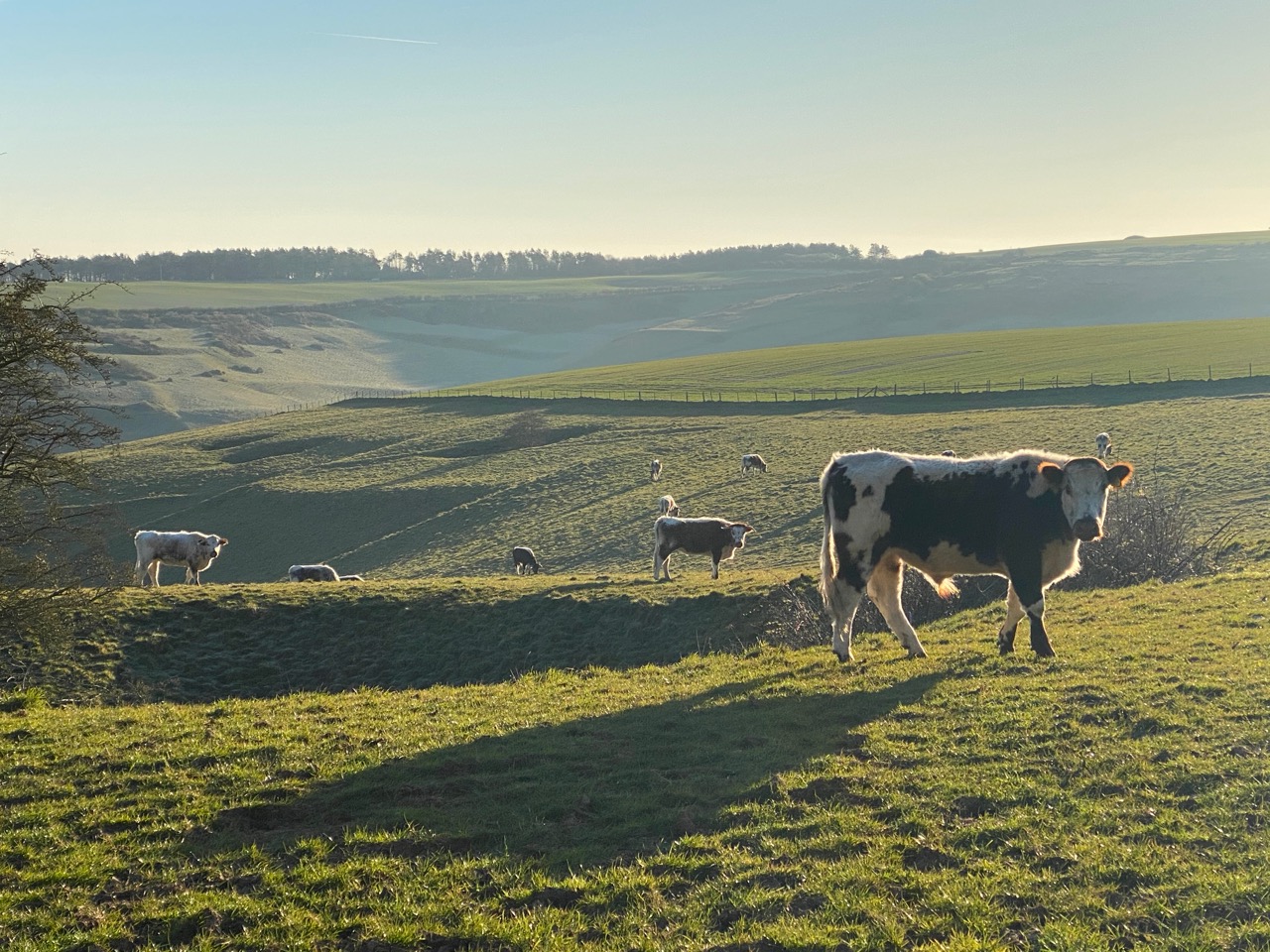 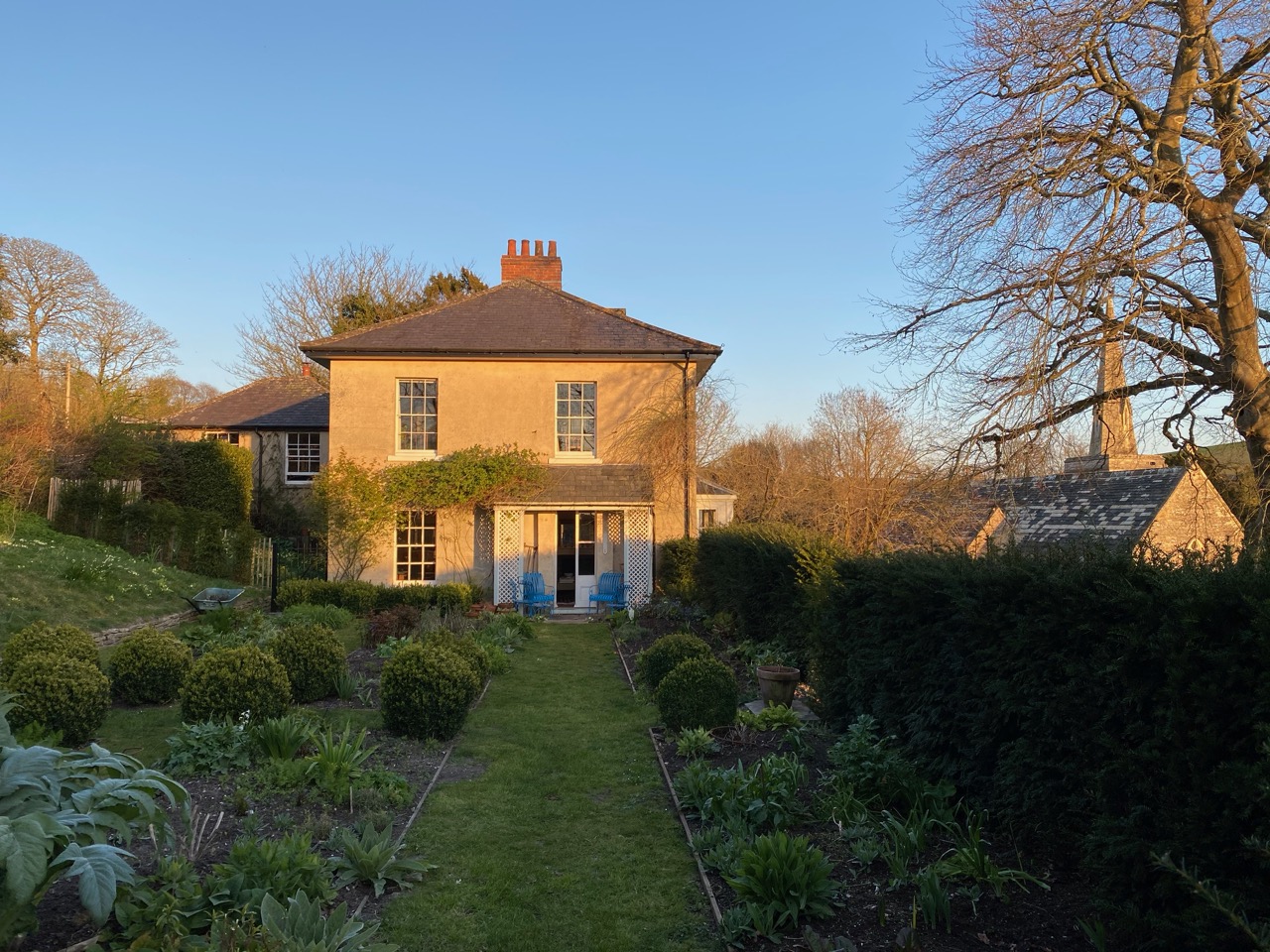 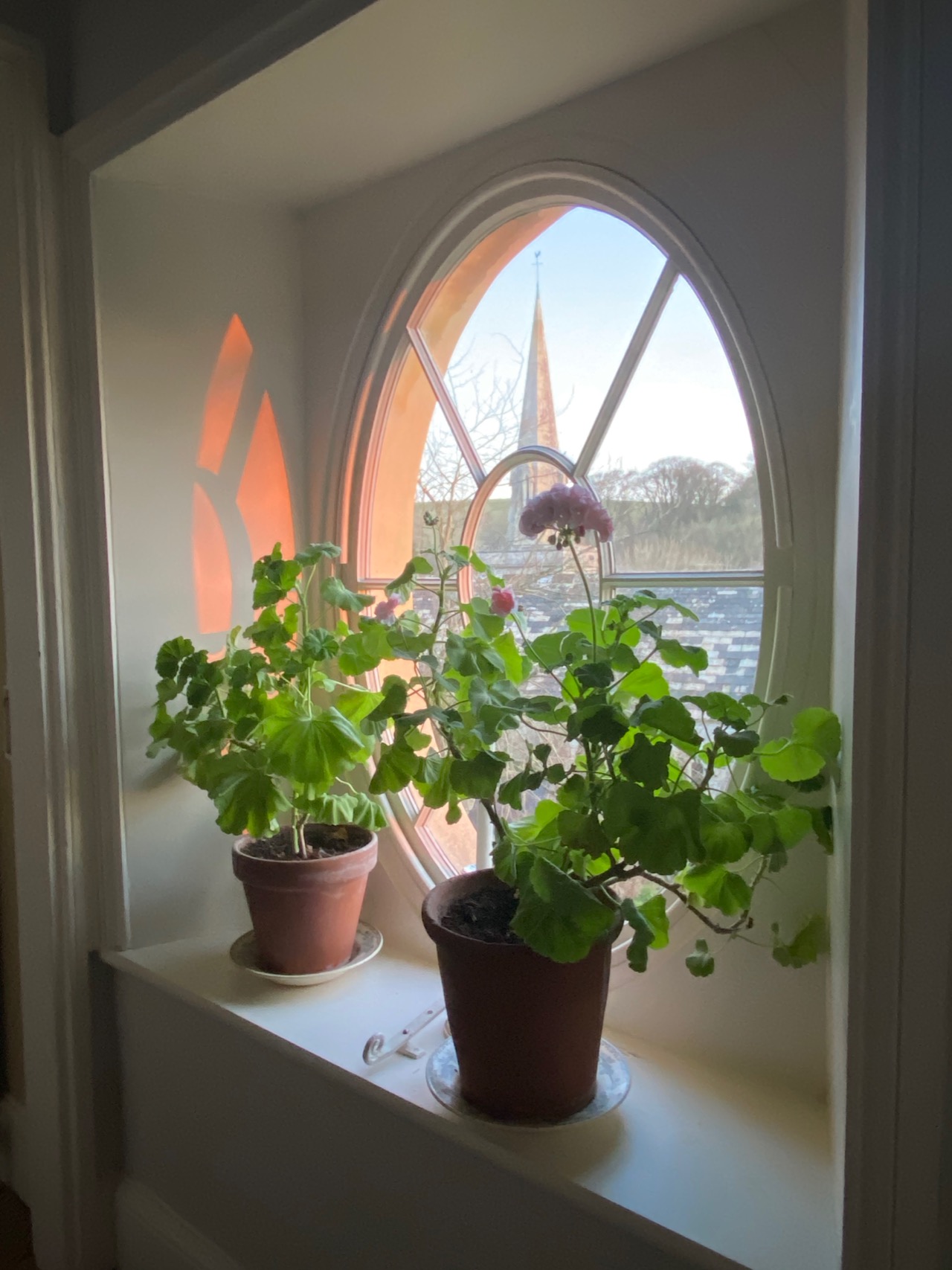 Today, on our walk, the skies were blue and the sunshine and dryness felt almost like midsummer – a summer just missing its leaves. But they are bursting, literally day by day now. A few weeks from now this entire view will be an intense, vivid spring green. 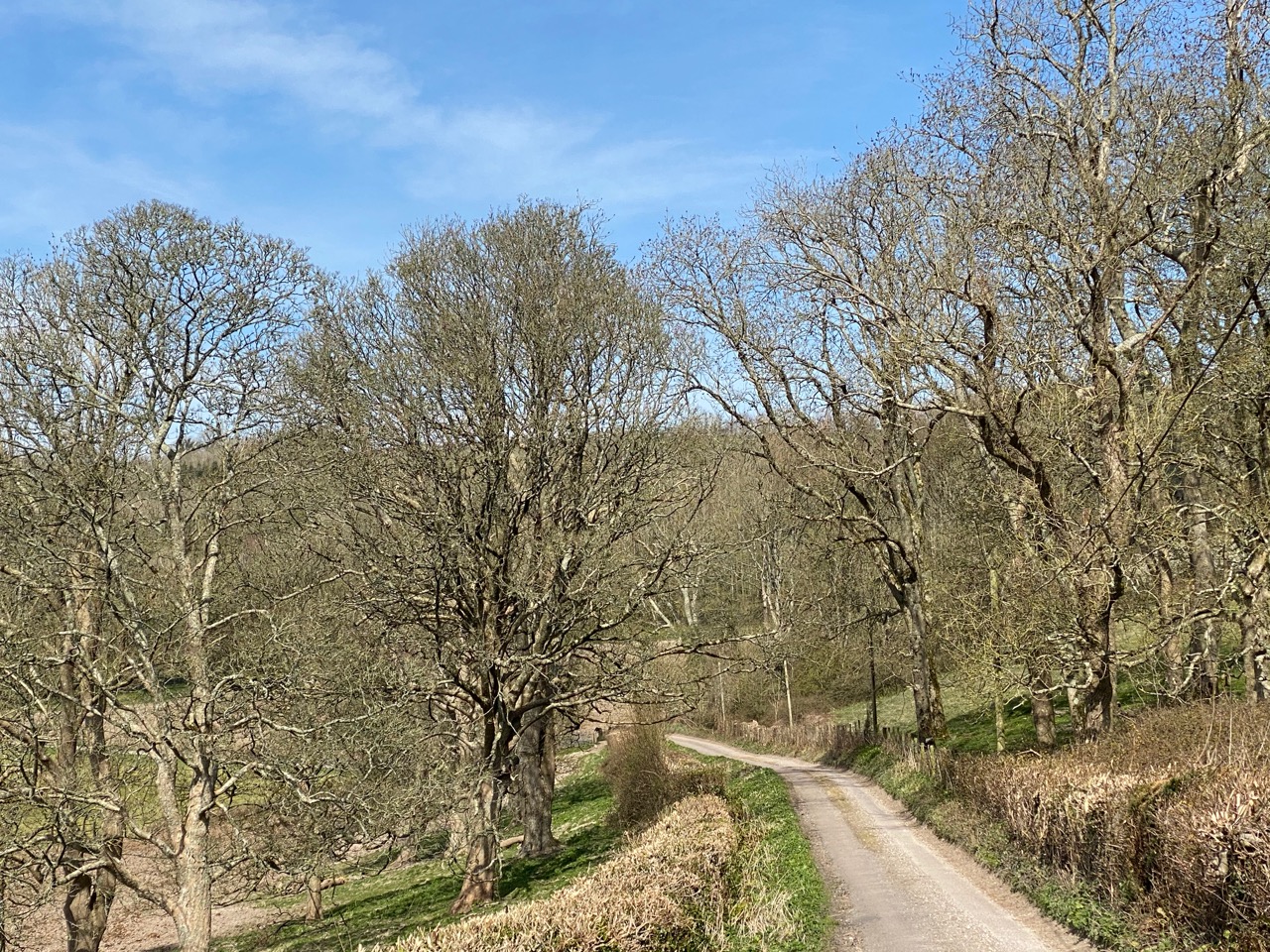 And I’ve got to admit – despite some of what I’ve already written this evening – I find that an immensely optimistic thought just now. Just for a start, I think of David, the greatest optimist I ever knew – he wouldn’t have wanted the world to be fearful, or closed, right now.

But I’m finding my optimism this way, at the moment, too: for years, I used to have a time persuading my Mum not to worry about the things that were out of her control. It’s a mantra – let us face it – that I’ve written about time and again on this blog when we’re faced by strange or hard or evil events in the world, or things we find difficult to accept. Be informed, but don’t worry about the things outside of your control. Gently, calmly, quietly look after your own bit of the patch.

Two or three weeks ago, I somehow started to get into my head that it was my responsibility to sort everything out. But it’s not. That’s a collective task, which is now underway, not perfectly, let’s admit it, but then again not terribly in the circumstances either. In fact, pretty well, I’d say. We are all involved in a huge collective effort now, and it currently feels sensible, and balanced, and worthwhile.  Other people can fill up column inches writing whether it is better to save old people’s lives or the economy. I’m not interested in that question – in fact, I imagine, that an answer will arise, over time, with common sense; which tries, haltingly, to do a bit of both until science or drugs or vaccines make the answers easier and the results less conflicting.

But no: none of this, none of these questions, are actually to do with me. My responsibility is quite small.  It’s to look after my employees, and our clients, and suppliers; to love my friends, family, neighbours, and of course Charlie – and to help strangers where we are able – not that any of us are encountering many strangers these days. That’s it.  And, that, I hope, we are doing, and doing okay.  And I’m sure you are too, in your own large, or small way.

I’ve pretty much stopped listening to or reading the news. None of it is really changing anyway.  And I think the media are right now fuelling obsessions of grief, sadness, hope, elation, despair (followed by another cycle of grief, sadness, hope, elation, and despair, ad infinitum, in the hope that you’ll carry on reading… absolutely nothing new). May I recommend this, more so now that ever?

It will pass; the only question is how long.