It was a few years ago, in Charleston, South Carolina, that I found a little metal plaque on the side of an old Georgian brick building that read ‘on this spot on XX June 17XX (to be honest I forget the date) absolutely nothing happened’.   There’s something nice about hearing a joke for the first time. I am sure that it gets a little wearing after a while, and a quick internet search suggests that this sign is not quite so original as you might have thought. Although it was amusing, in Charleston, where every single building has a little historical plaque on the wall telling us something or other.

But the best thing of all about this weekend was, genuinely, that nothing happened.

I suppose not quite nothing, but just enough.

On Friday, I came via my project in Salisbury, where we are remodelling a handsome old moated Georgian Gothick house that had been appallingly renovated in the 70s. It is such a pleasure to be unpicking the bad things and putting it back how it should be. It’s not really architecture, this game; to be honest, if we are successful, when we are done it should look as if we’ve never touched the house at all.  Anyway, this is the first visit, since we started eight weeks ago, that we can all see what it’s going to be like; old partitions have been removed, new ones are going up, and the sunshine was streaming through tall windows.

I arrived in the village with that exhausted late afternoon on Friday feeling. Excitements were to come, but of a gentle variety. Fireworks and bonfire on the village green. 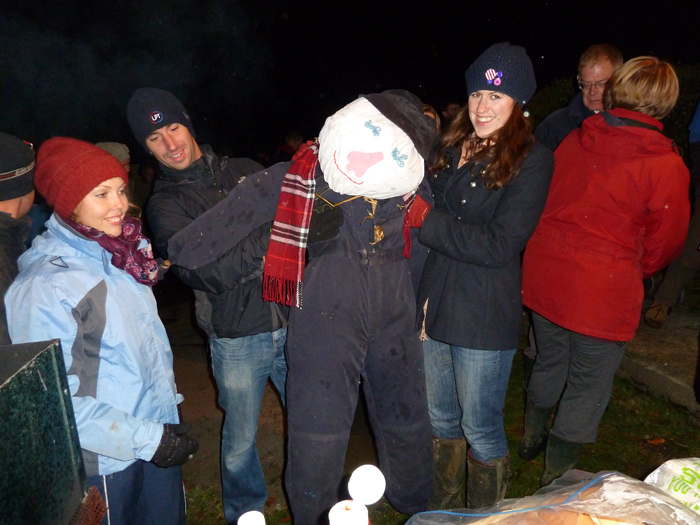 For instance, have you seen a more gentle Guy Fawkes? No. It didn’t really seem quite right to put him on the fire. (for American readers who think we are barbarians, may I refer you here?) 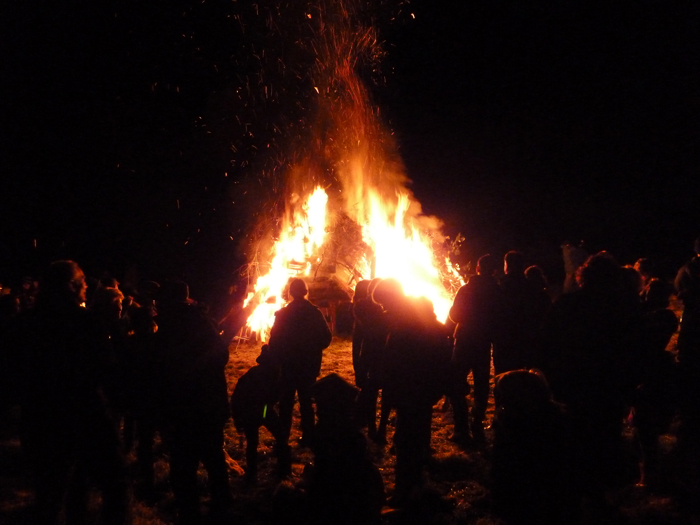 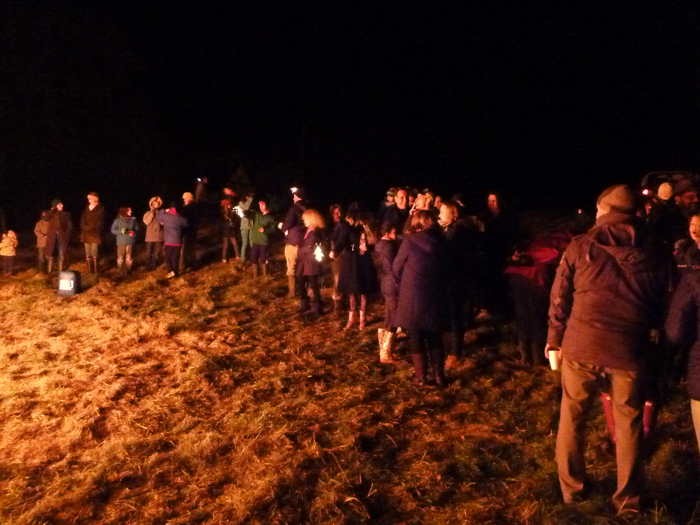 It’s a curious thing, isn’t it, that people manage to stand at a safe distance from a massive bonfire? 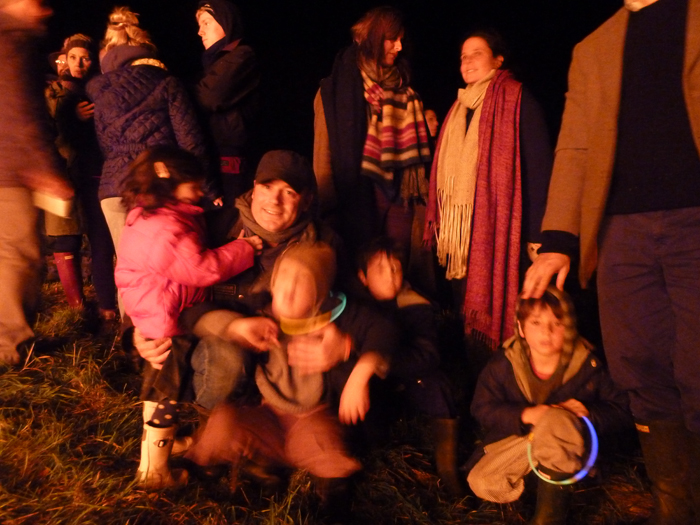 Although doubtless in a year or two my godson Gabriel (yes, he is the blur in that photo) will be doing his best to get burnt. 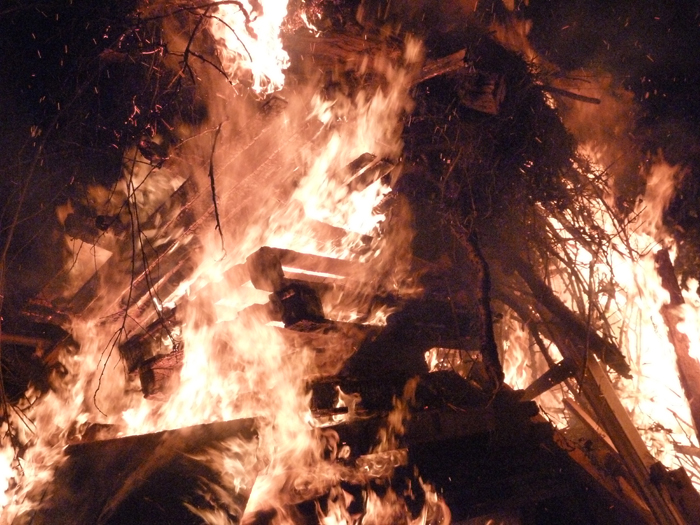 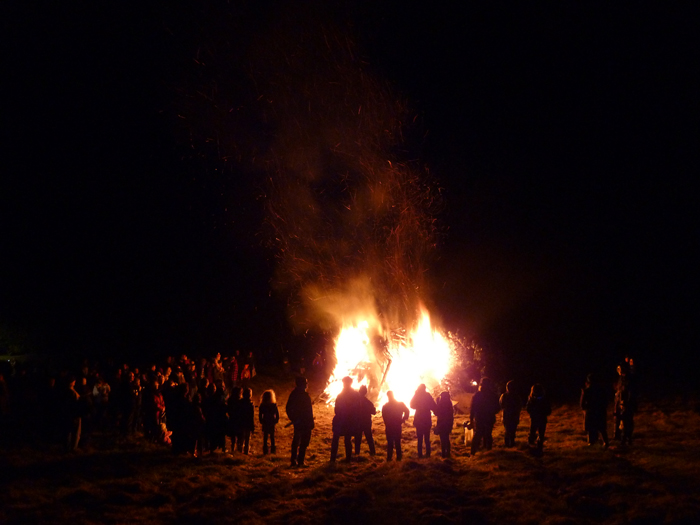 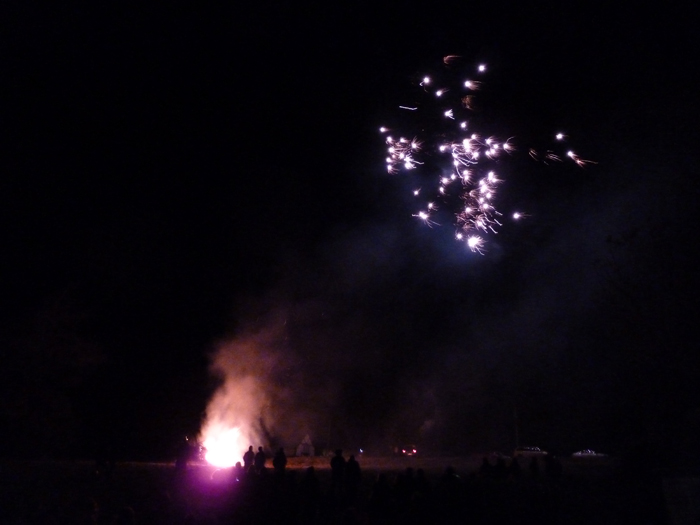 The fireworks were a lot better than my photograph, okay? Then the party retreated to the village hall. 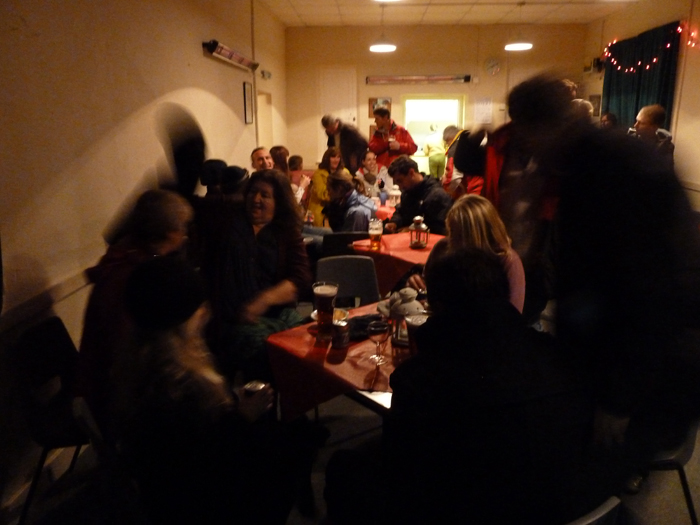 Where the biggest excitement of the rest of the evening was judging the best pumpkin competition. 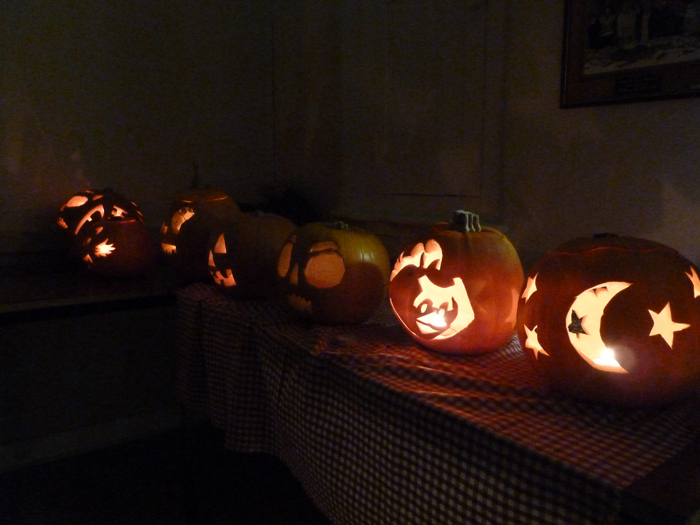 I regret that scary as they were, they had nothing on the moon on the way home. 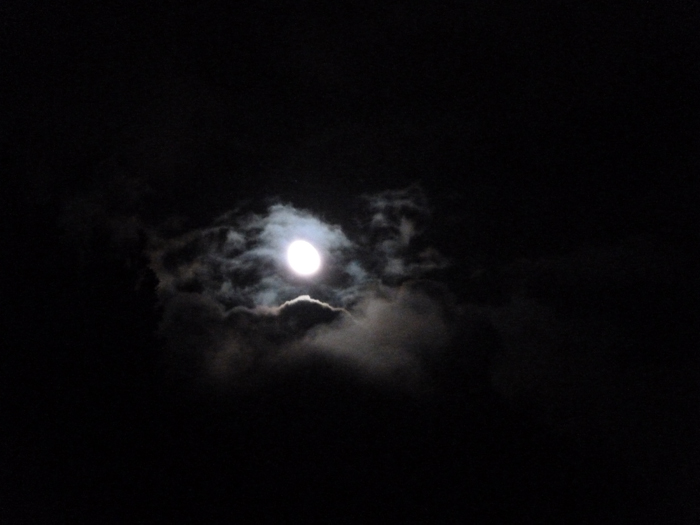 The next day was very bright and clear. For a while. Before waves of rain and hail swept in. I didn’t move all weekend. 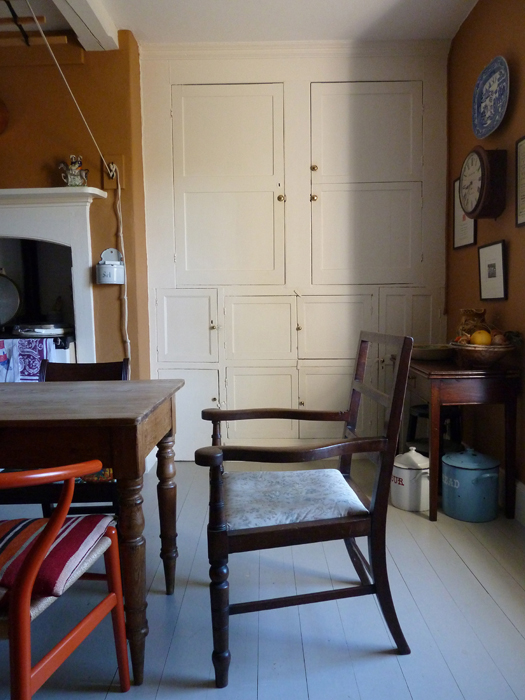 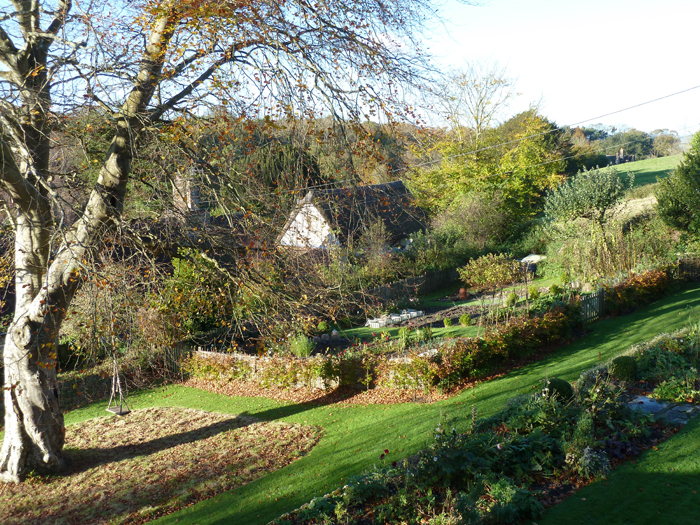 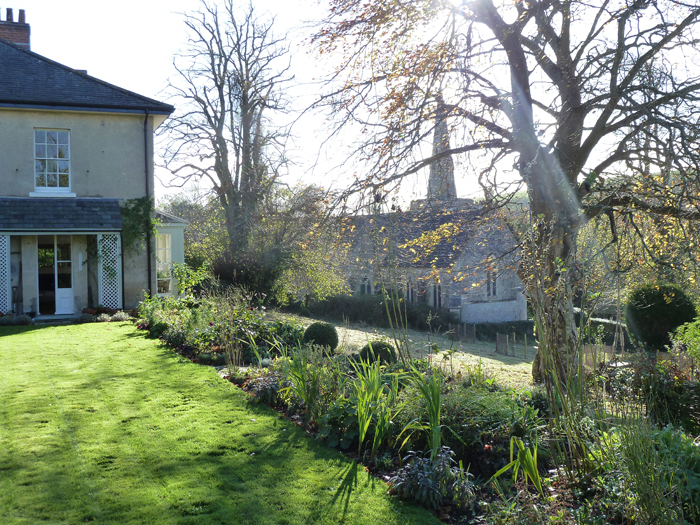 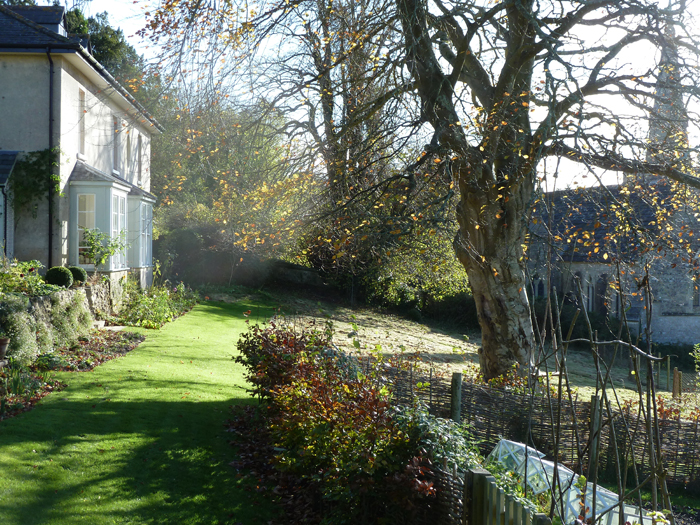 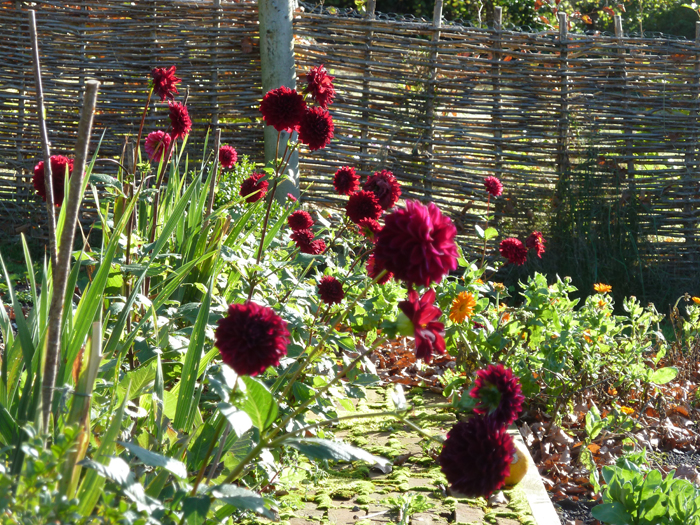 A few dahlias are still hanging on.

So yesterday, and today, I just quietly caught up with things. Replying to emails from six weeks ago, that kind of thing. Catching up on drawings, and crossing stuff off my list.  Best of all, I hung some maps that have been on the floor for weeks, and then had a lovely lunch with my landlord and his family. 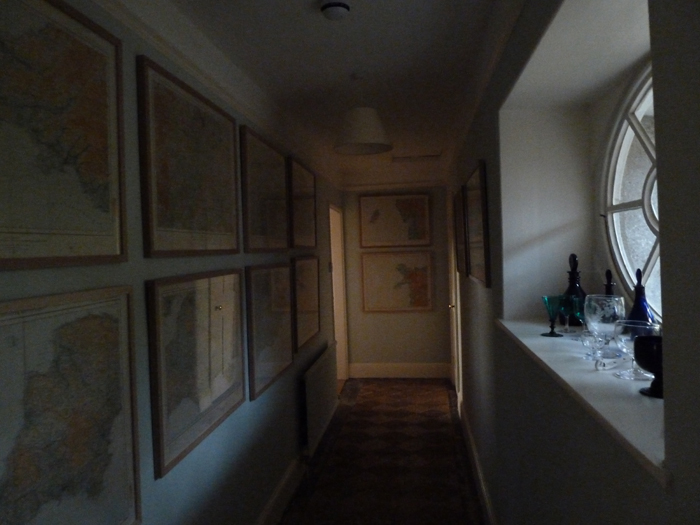