Well, who knew we’re an eighth of the way through the year already?  At this rate it will be time to plan your Christmas holidays.

Just when you thought we were still in the grip of winter storms, did you notice that today it really was quite light in the morning, and again in the evening?  As very loyal readers of the blog may know, I used to have a great guy called Luke who worked in the architecture office. Several months ago Luke headed to the Prince’s Foundation, where he has a much more glamorous time designing buildings for Prince Harry and masterplans in Gabon. A very long time ago, I used to work at the Foundation. We all met up for drinks the other day. ‘You never warned me Luke’s sense of humour was so miserable’ said his new boss, my good friend Ben. And indeed: it was about this time of year that Luke, as regular as clockwork, would comment on a Monday morning… “ooh, the evenings will be drawing in soon”. Well, that always made me smile (that little tale may, I suspect, have already made it into one or two blogs, the sharp-eyed reader will recall).

But everywhere I look, there are signs of spring in Dorset.  I know, I know… I’m a great looker out for signs of spring. Call it the optimist in me. But when I went for a walk over to Bellamont, for lunch on Saturday, I was pretty happy to see these in the verge. 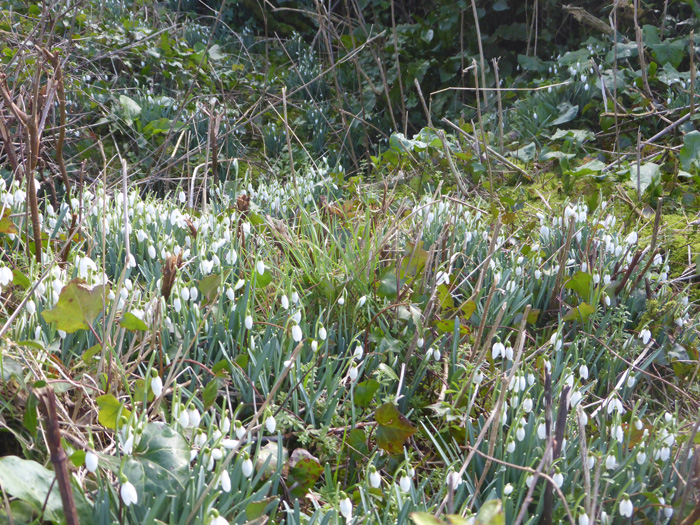 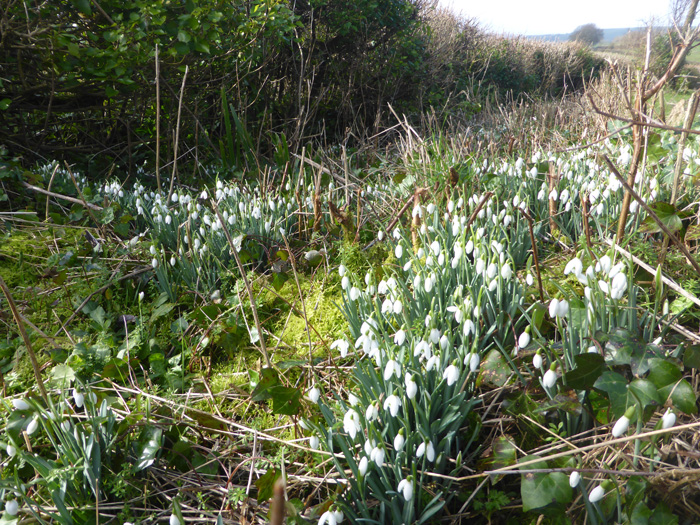 The valley was soft and peaceful after the dramatic storm on Friday night, when yet again, for the tenth time this year, I wondered if I might wake up underneath the copper beech tree crashing through my bedroom ceiling (it held fast). 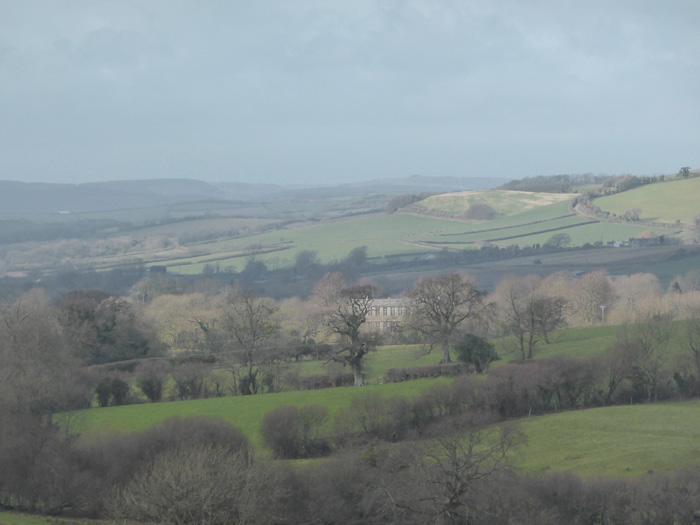 Coming back from lunch, and waking from a deep afternoon sleep to find brilliant sunshine at 5 o clock, I had one of those peaceful happy moments when I realised the days were getting longer.  I don’t think we’re through winter at all (in fact, I’m wondering when the cold snap will arrive, and I’m wishing I still had Tulum to look forward to, aren’t you?)… but it was still good to see the valley bathed in late evening sunshine. 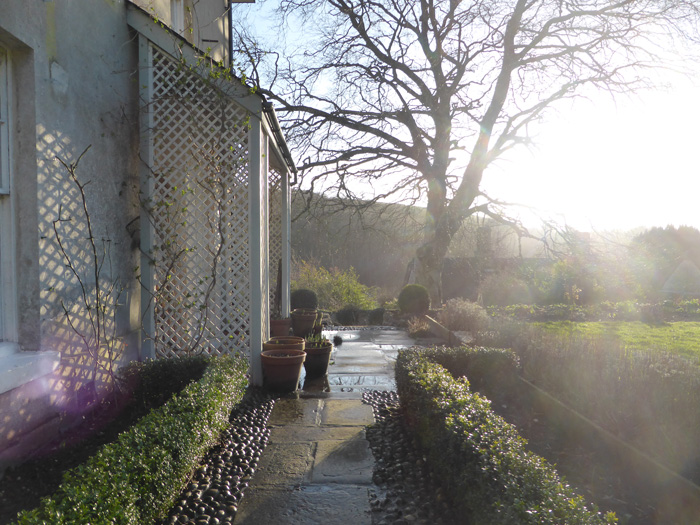 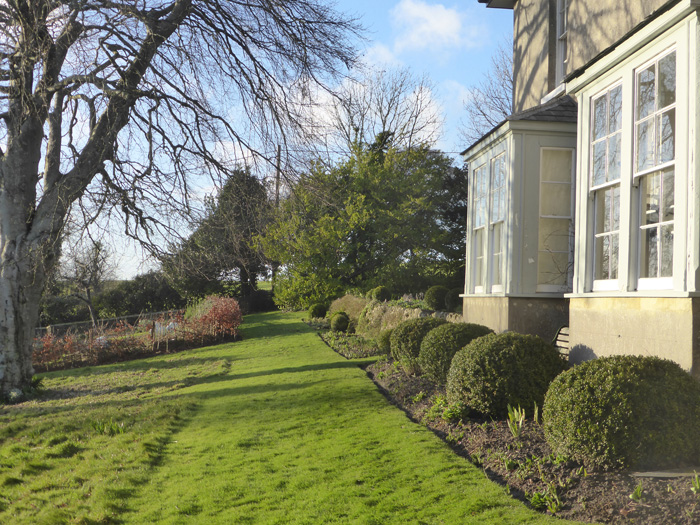 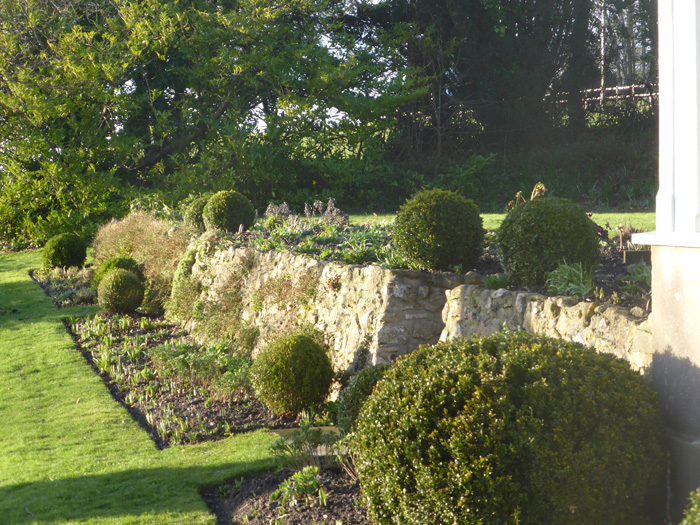 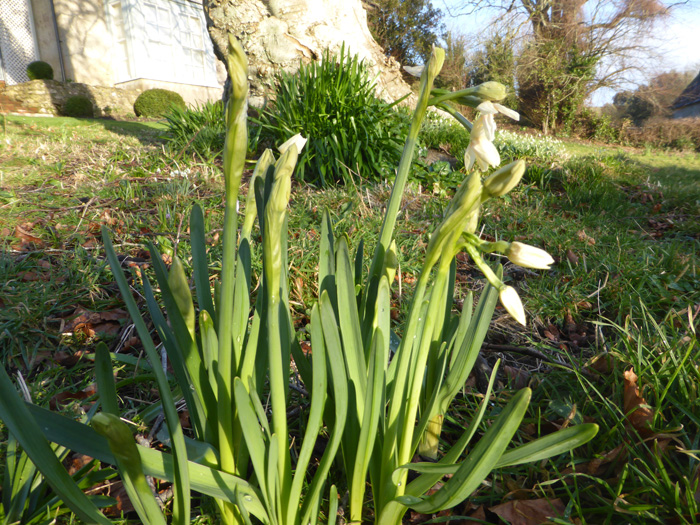 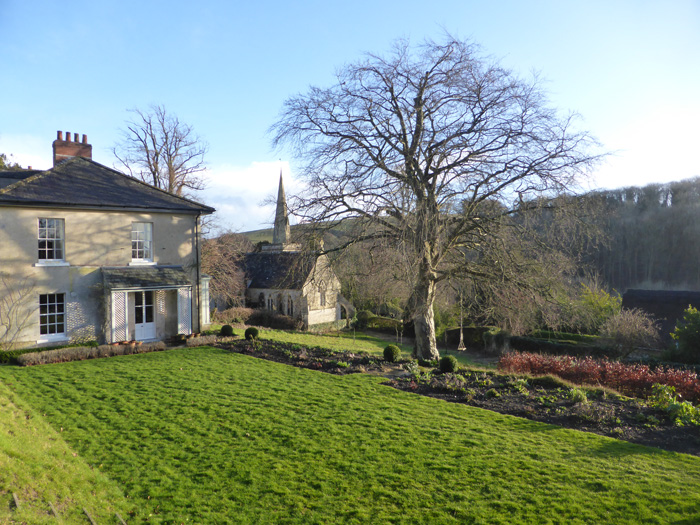 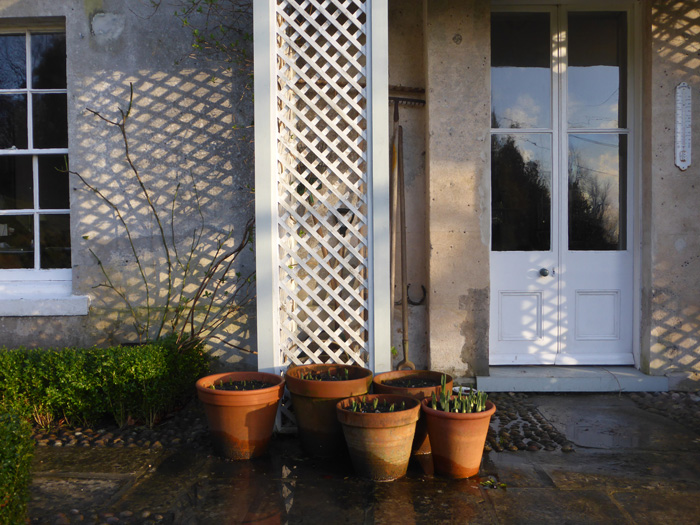 Saturday night was Valentines Night in the village. Did you have a happy Valentines?  I’ve always been rather traumatised by Valentine’s Day (does it have an apostrophe or not) ever since I received, anonymously, an extraordinary orchid in a very suspect vase, from M&S, delivered to the shop one year. WAS IT YOU? We could never quite figure out if it was a spoof. Can I be very honest? A lime green vase from M&S with a droopy pink hothouse orchid in it is not the best way to my heart.

Well, the other reason for my Valentine’s day trauma is, I suppose, because I am single, but that is a trauma that I am sure one or two readers of this blog share at this time of year.

So I was very happy that on Valentine’s night proper I was in bed at about 8.30pm (by myself I should add) at which point there was a power cut in the middle of the storm while I was chatting on the phone, appropriately enough, to Valentina, and it was time to go to sleep.

Saturday night in the village hall was my type of party.  All my favourite people.  Balloons, hearts, cocktails (£3 each), a giant buffet and a lot of laughter. And no orchids. 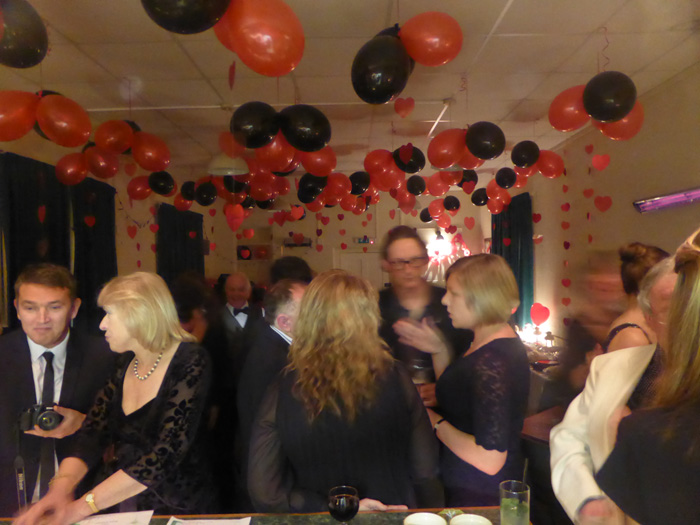 We had all dressed up in black tie. It felt a bit like a sixth form prom, to be honest. 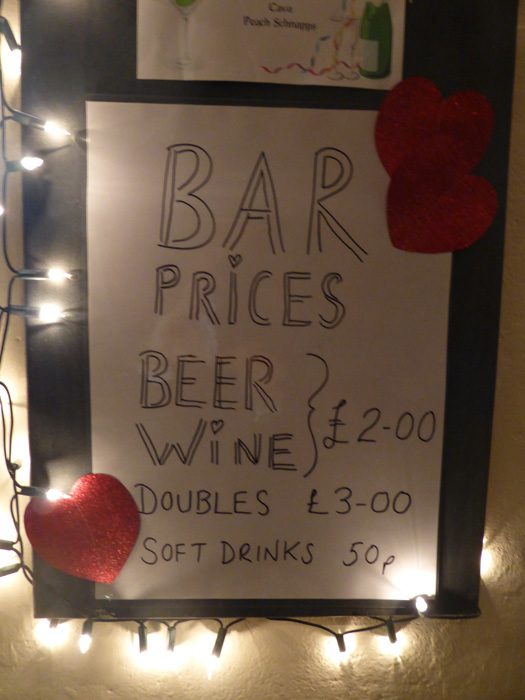 my kind of Bar prices. 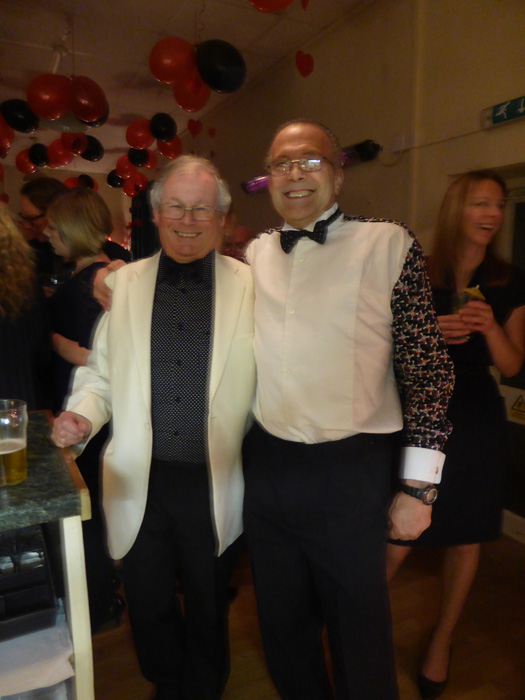 Our esteemed landlord looked extremely swish, or like a mafia boss from the late 60s, depending on your point of view. Mike, on the right there, is the saviour and guardian of my Morris Minor. 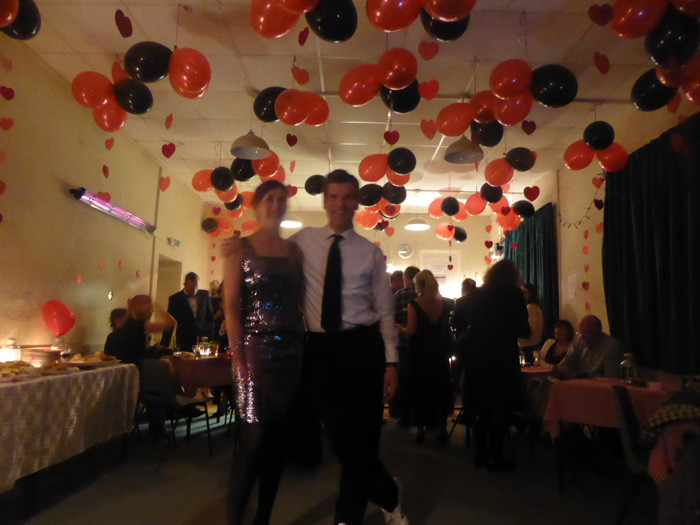 An extremely drunk Ben and much less drunk Nic at the end of a random piece of dancing.  Yes, I couldn’t for the life of me find my bow tie (secretly I am not really in favour of bow ties). I think my only disappointment of the entire evening is that there were fewer dancers. I suppose our startling, brilliant display made everyone else nervous. I staggered home shortly afterwards, although not before rather embarrassingly trying to chat up the three extremely handsome young farmhands who have recently moved in to the village.  I don’t think they minded too much. 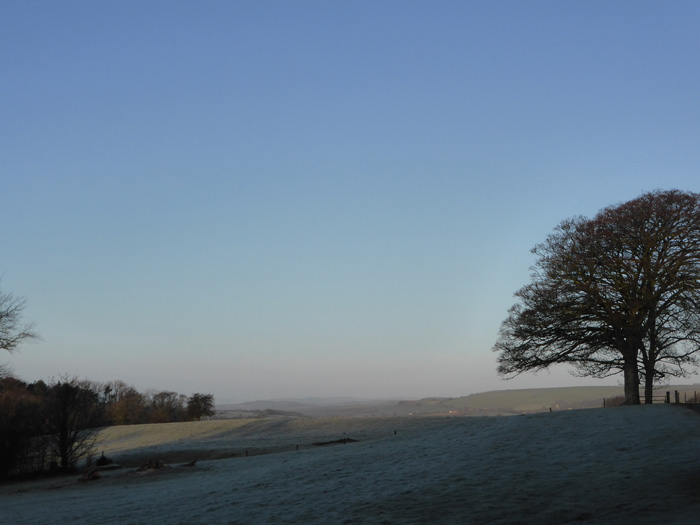 I woke up at dawn. It was a beautiful morning. The valley was perfect, still, calm. 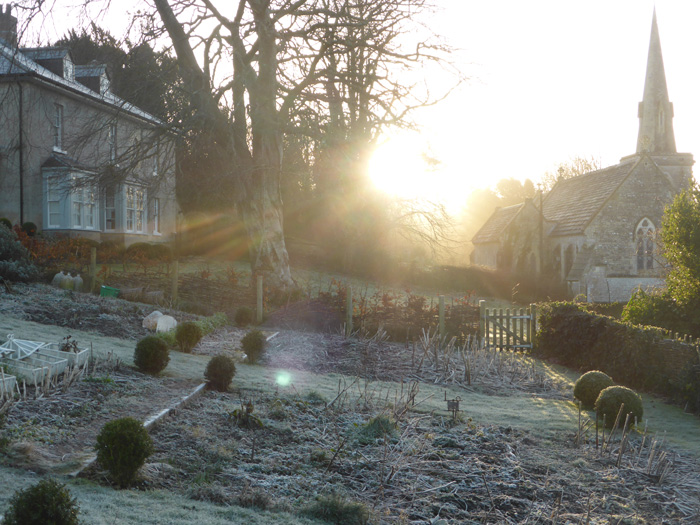 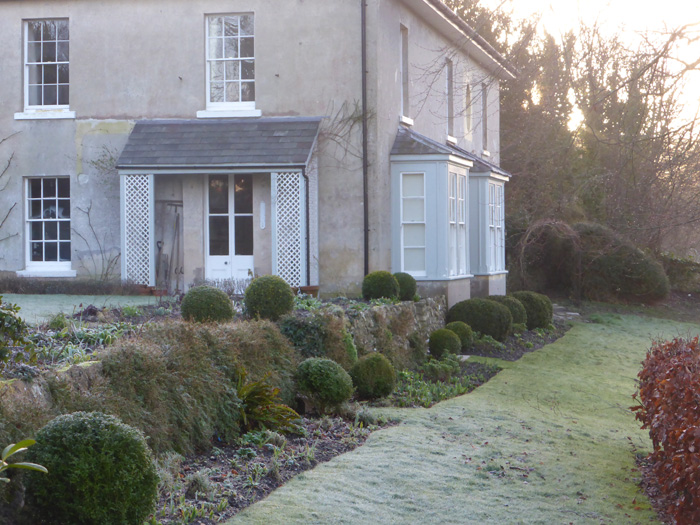 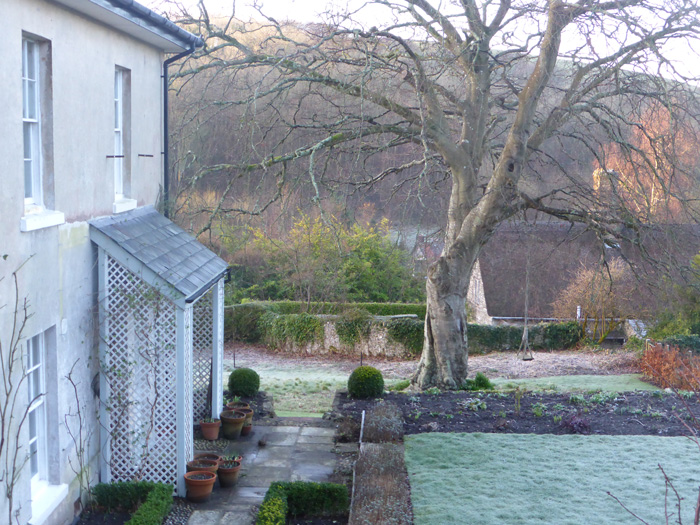 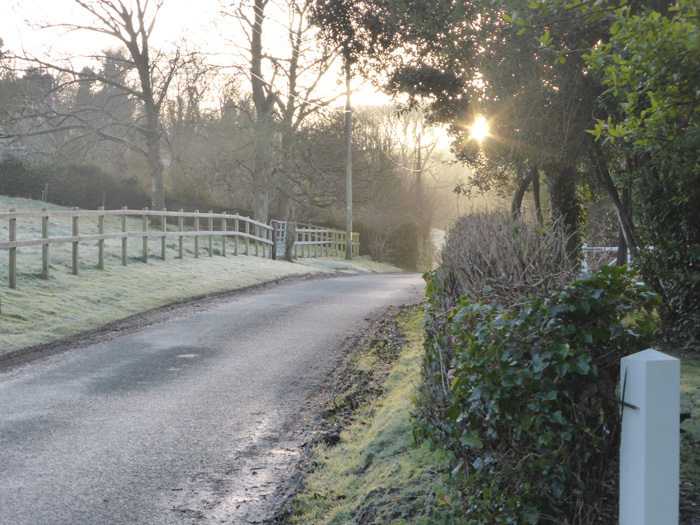 The sunrise was early, and by 7 o’ clock the air was filled with the sounds of birdsong. It was a wrench to tear myself away, but I had an early train back to London. 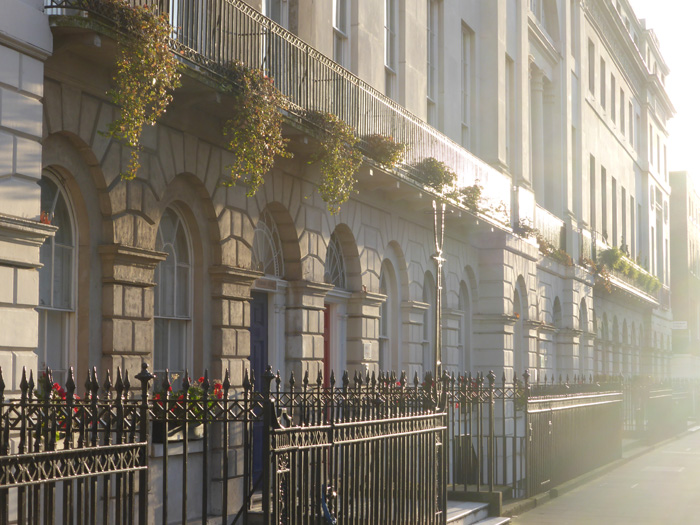 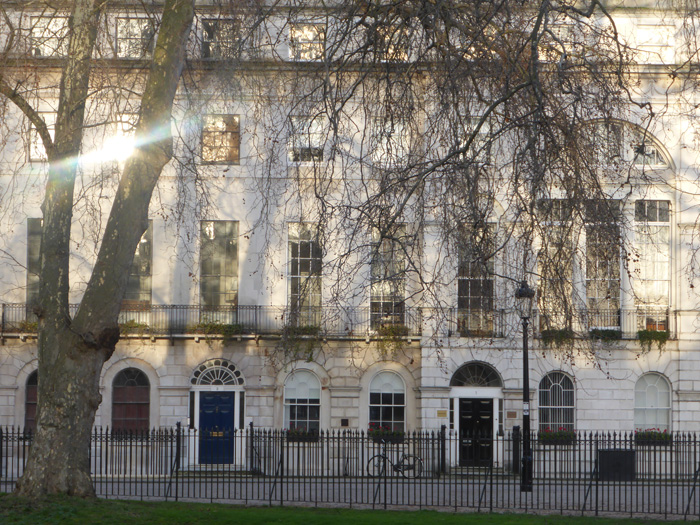 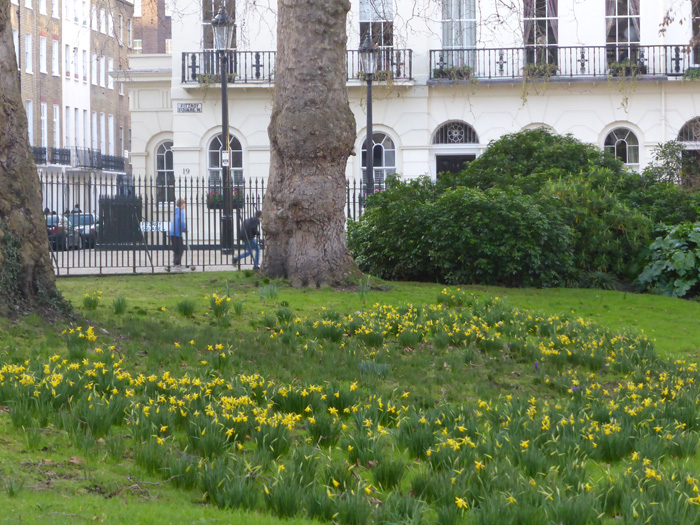 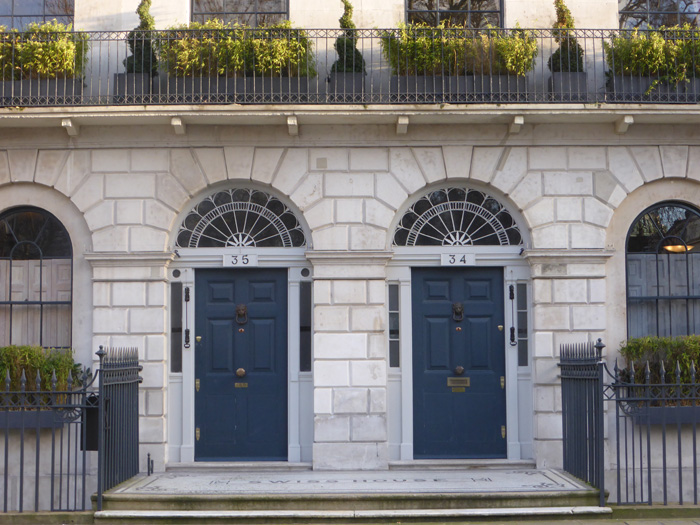 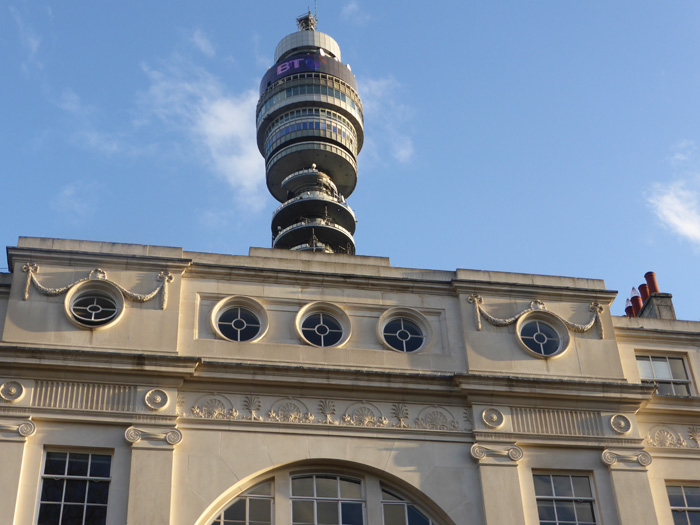 This evening I went for a walk to Fitzrovia. 5pm, and the sunshine gently spread across the south side of Fitzroy Square, with the post office tower peeping over the rooftops and chimneys… two of my favourite buildings in London, and the days lengthening… and the year gathering momentum, and under the surface, the feeling of time beginning to rush by.