I heard on the radio yesterday morning that unless we have some serious rainfall, a drought is to be declared within weeks. You see? It doesn’t rain nearly as much as we think it does. And I have been taking advantage of this dry, warm new year to get ahead – again. 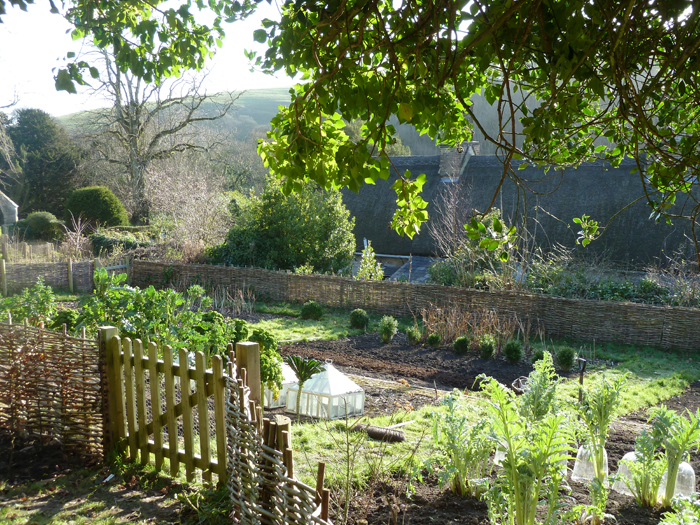 It was another weekend of beautiful sunshine in Dorset. Last night was a bit of a remarkable wipe-out, dinner with Edward and Jane Hurst, with whom it is impossible not to have a fun time, and which ended up with me having an unexpected sleepover, and only returning to the Old Parsonage this morning—blinking at the brilliance of the extraordinary day, and finding it a little strange to return home to find the curtains drawn and the lights burning.

Was it penance or pleasure to spend the day working hard in the garden? A fine line between the two perhaps. I am wondering if Gardens are in fact like a Communist gulag.  They require you to work, hard, from dawn until dusk. Occasionally you are allowed out for other activities – intermittent travel abroad, or a weekend with friends, but all this basically makes you feel guilty. You spend your hours digging, sifting stones, planting. There is no rest. All the while you are doing this in order to feed other people. I once thought of writing a little book on the subject, which might be called ‘The Berlin Yew Hedge’.

Yet as much as we are trapped by our gardens, is there anything nicer than that feeling, at the end of the day, of knowing that things are in order, waiting for spring; the potato bed is dug, and mulched with well rotted manure; the last tulip bulbs that I discovered hiding in a corner are planted, obviously late but probably just in time; the asparagus bed has been cleared and raked, the artichokes have been cleared, and cloches cleaned? No, there is not; combined with that happy, tired, feeling of having taken a lot of exercise—but doing something, so without the futility of exercise for its own sake, which always feels a bit of a waste of time to me. It is feelings that like that promise a good night’s sleep. 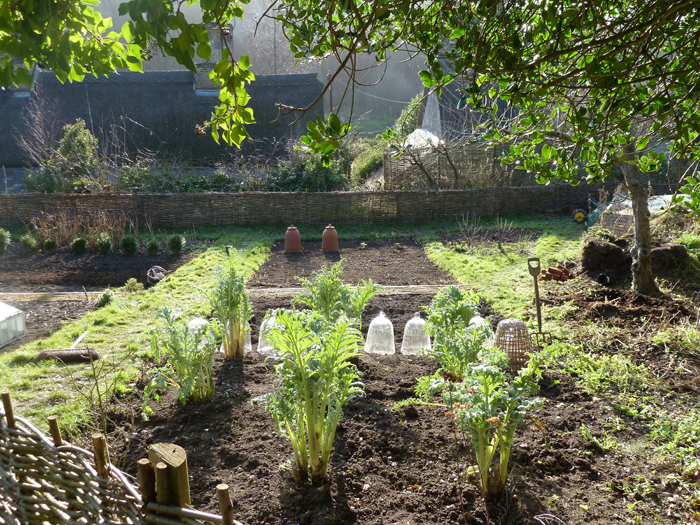 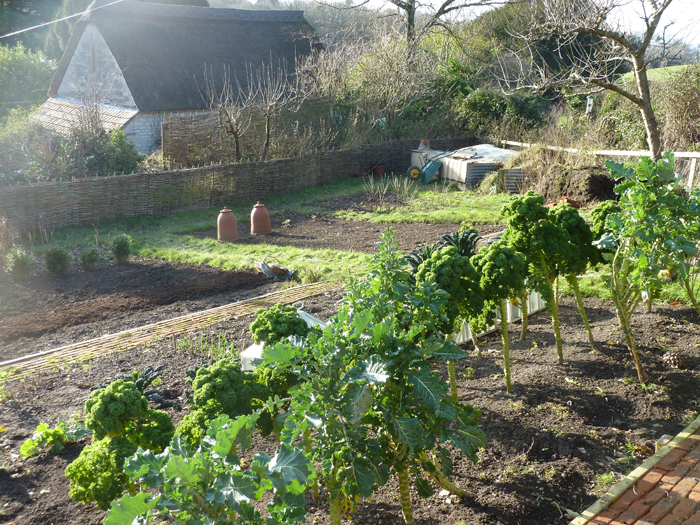 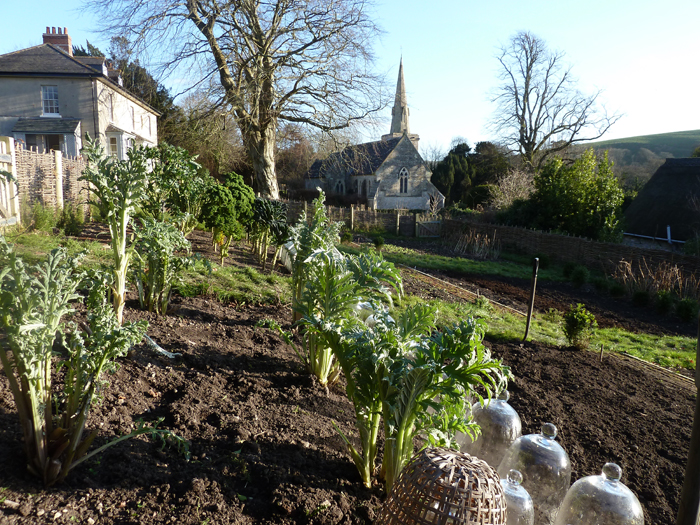 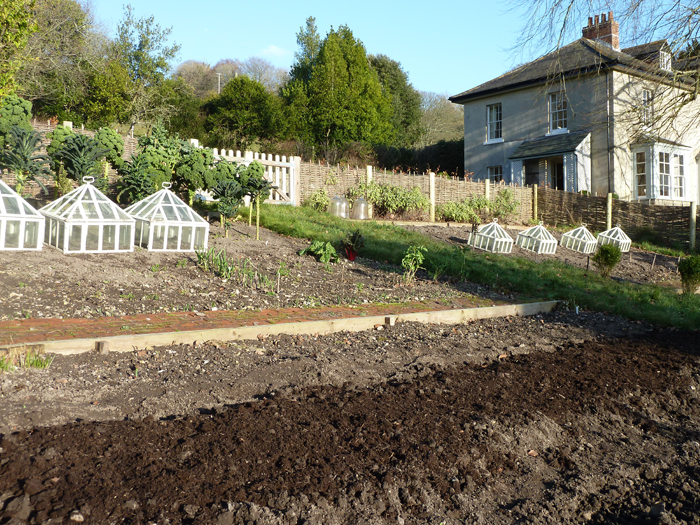 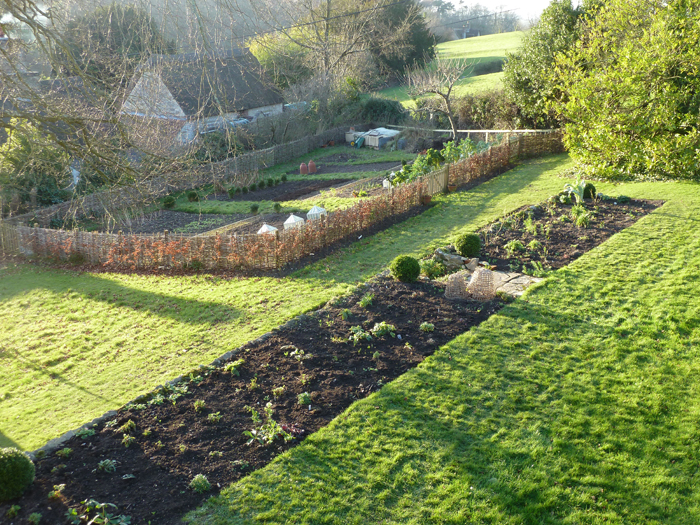 A little while ago, I wrote about garden pinks. In fact, looking back, about the bunch of flowers that Jane & Edward, who I had stayed with last night, brought over to me. I hadn’t forgotten those pinks. And so a week or so ago, I made an order with Whetman Pinks Nursery, which shipped this week. They arrived in perfect condition.  Oh dear, far more than I had expected. It was time to pot them all up. Having no greenhouse, the cold dining room bay window is having to suffice this year. In their trays, they somehow reminded me of a moment from a Ravilious watercolour. I will plant out the pinks in the vegetable garden this spring. I have good feelings about these pinks. 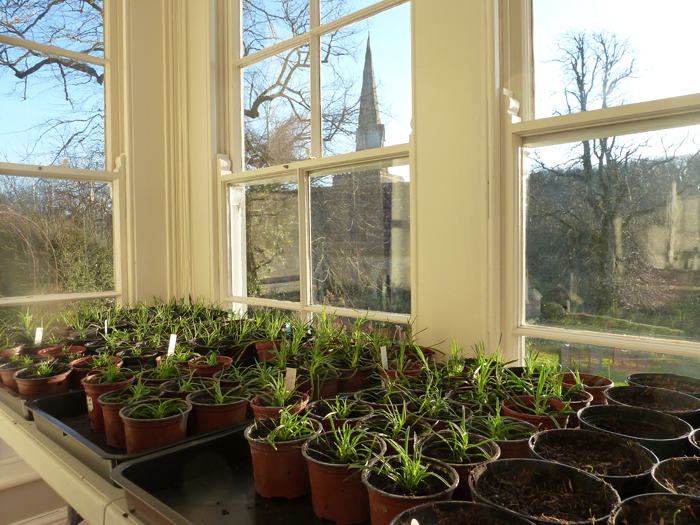 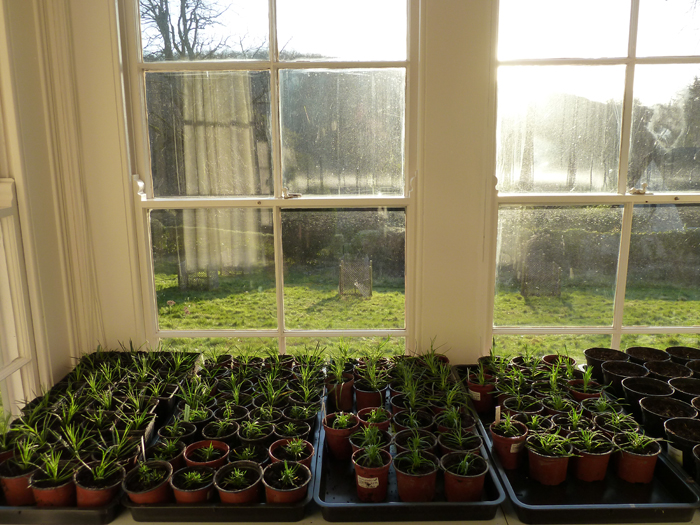 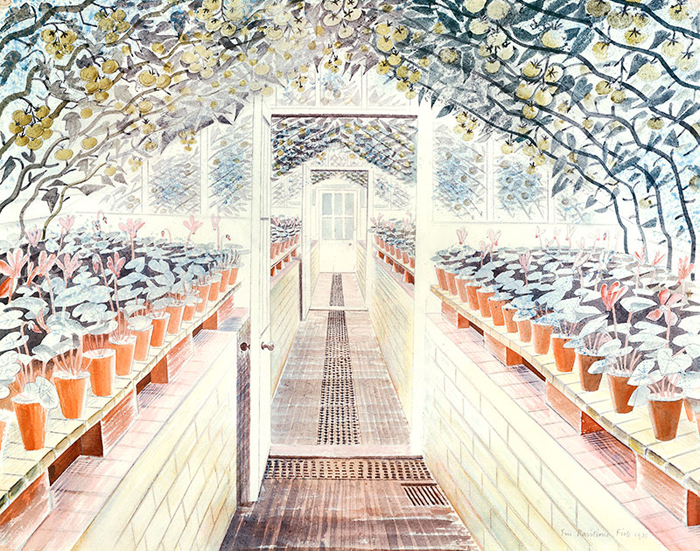