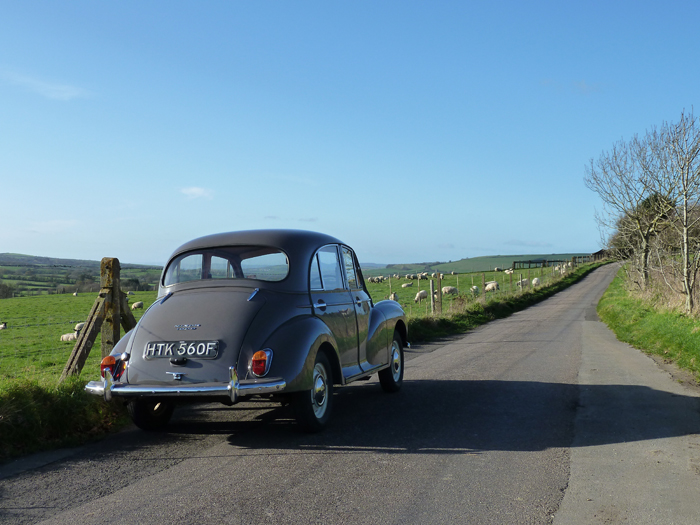 Years ago, when I worked in Norfolk for my then boss and now great friend Charles, he and his wife Rachel bought a little blue Morris Minor which became, sort of by default, my company car. A little eccentric to be sure, but on visits from the Norfolk coast to north-west Essex, ‘Deb’, as she was known, took me on my charmed and happy way. Ever since then I’ve looked back fondly to my Morris Minor years.

A few weeks ago, my friend Chris spotted a tiny photograph of a smoke grey Morris Minor coming up in the local auction. 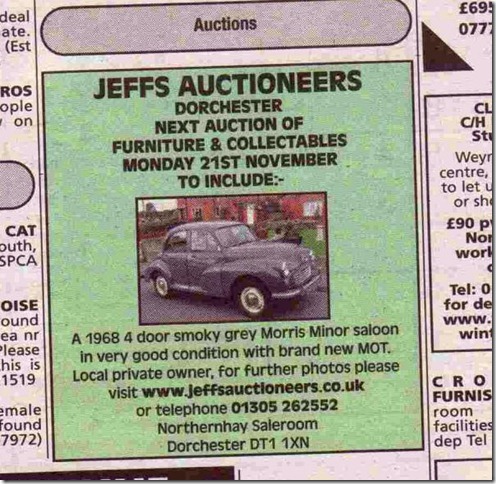 He emailed me the advertisement. ‘Didn’t you say your garage would never be complete without a Moggy?’, he said. Well… he was right. And I have to admit, I couldn’t forget that ad.  Every few days, I would find myself clicking on it, just for a quick look.  This is the moment to share with the world the wonderful world of Jeffs Auctions, and their splendid website. Finally, I called Mr Jeffs of Dorchester to enquire about the car.  “I’m so sorry – it’s been withdrawn from the sale”, he said “but I will certainly pass your details onto the owner”.

True to his word, a few days later I got a call from a gentle man in Maiden Newton, a few miles up the road.  Incredibly sadly, he was losing his sight from diabetes, had had to give up driving, and it was time for him to pass his cars on to new homes.  It is at times like this that one appreciates the existence of the local bus service – neither he nor his wife can now drive.

As it happened, it turns out I was the first to have called—so he said that he wanted me to be the first to come and have a look. Now I know that there will be some of you who think this is a bit too much of a good way to sell a car with the sympathy vote. Dear reader, one can instantly judge the reality or not of these situations and I’m afraid I wouldn’t have written that little story if it wasn’t true.

The car had the all clear; ‘a very honest little car’ was the verdict. Not perfect—but then, perfection is an attribute that you do not seek in a Morris Minor that you want to run about the Dorset lanes in.

A little while later, the deal was done and we shook hands. It took a few days to arrange insurance, and get the tax disc, and collect the car, which I did on Friday morning. In the meantime there had been the small question of making the garage at the Old Parsonage a little bit longer – it turned out to be an inch or two too short for the car.  But it all fits now. Last time I drove a Morris Minor, I was fifteen years younger. I’m not sure I’ve been so happy in a while. 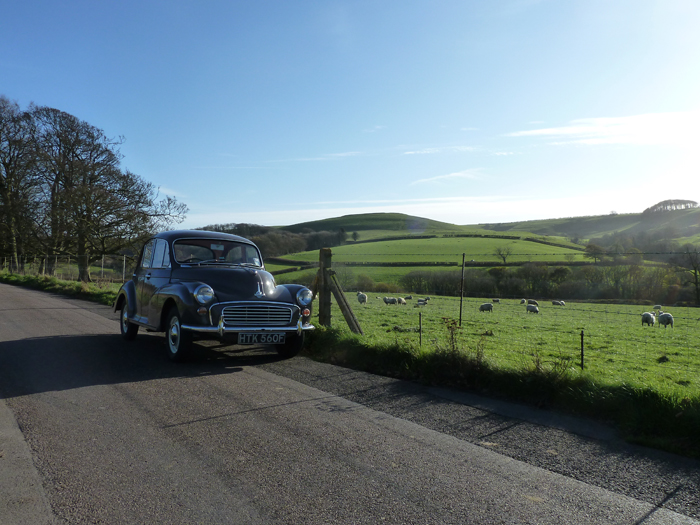 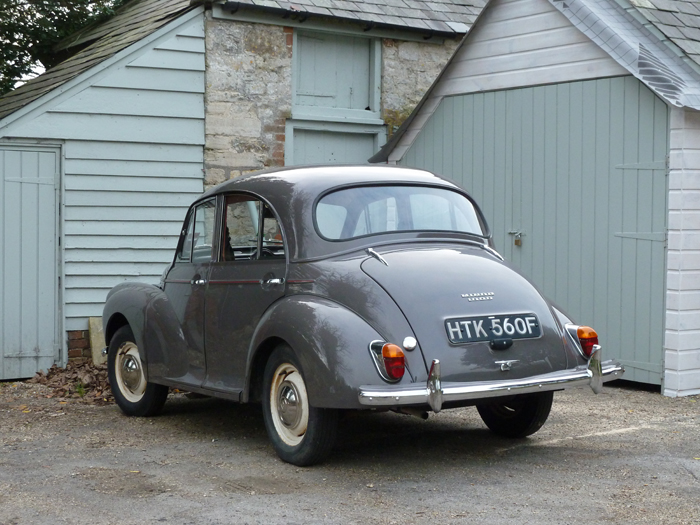 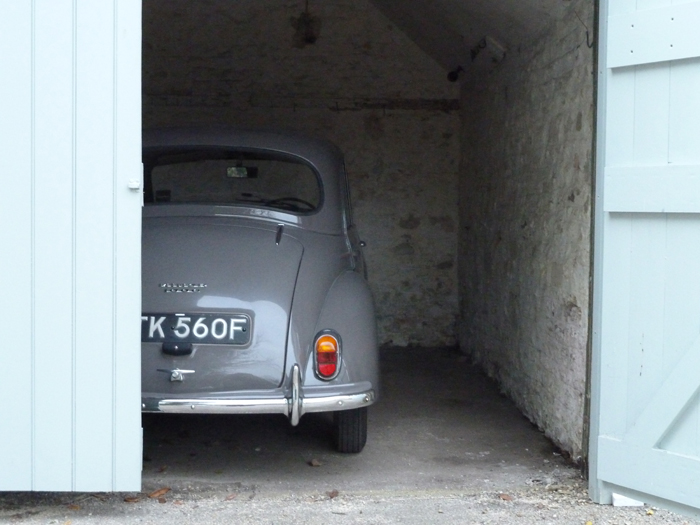 A leaf green Porsche? I hope you meant that beautiful bright green color Porsche produced in the late 60’s or early 70’s. A beautiful color for an amazing car. While an old Porsche would be wonderful, an old Moggy with a red leather interior isn’t bad either. I am sure the owner was happy to see it go to such a lovely home as yours. Enjoy!

What a fab find. I totally get the Moggy luv-a-fair. I had one when I lived in England and had lots of hair raising adventures around the Somerset lanes, things weren’t quite so health and safety conscious at that time as they are nowadays.

Love the car lots. Cars were built and finished-off so well in days past. I have always wanted a 1976 Citroen DS, but unfortunately, they are very expensive now. So congratulations on your new car with classic style.

Splendid news! A match made in heaven,it was meant to be.