It was the quietest weekend ever, though, because on Sunday I didn’t really ever get up. I had one of those strange 24 hour bugs that I think you sometimes get when you’ve been on a plane.  That was one thing; the fact that we ran out of heating oil on the coldest weekend of the year was another.

So this is the shortest blog of all time (fully recovered, writing on Monday afternoon).  Time to sit back, enjoy a few photos, and dream of spring. 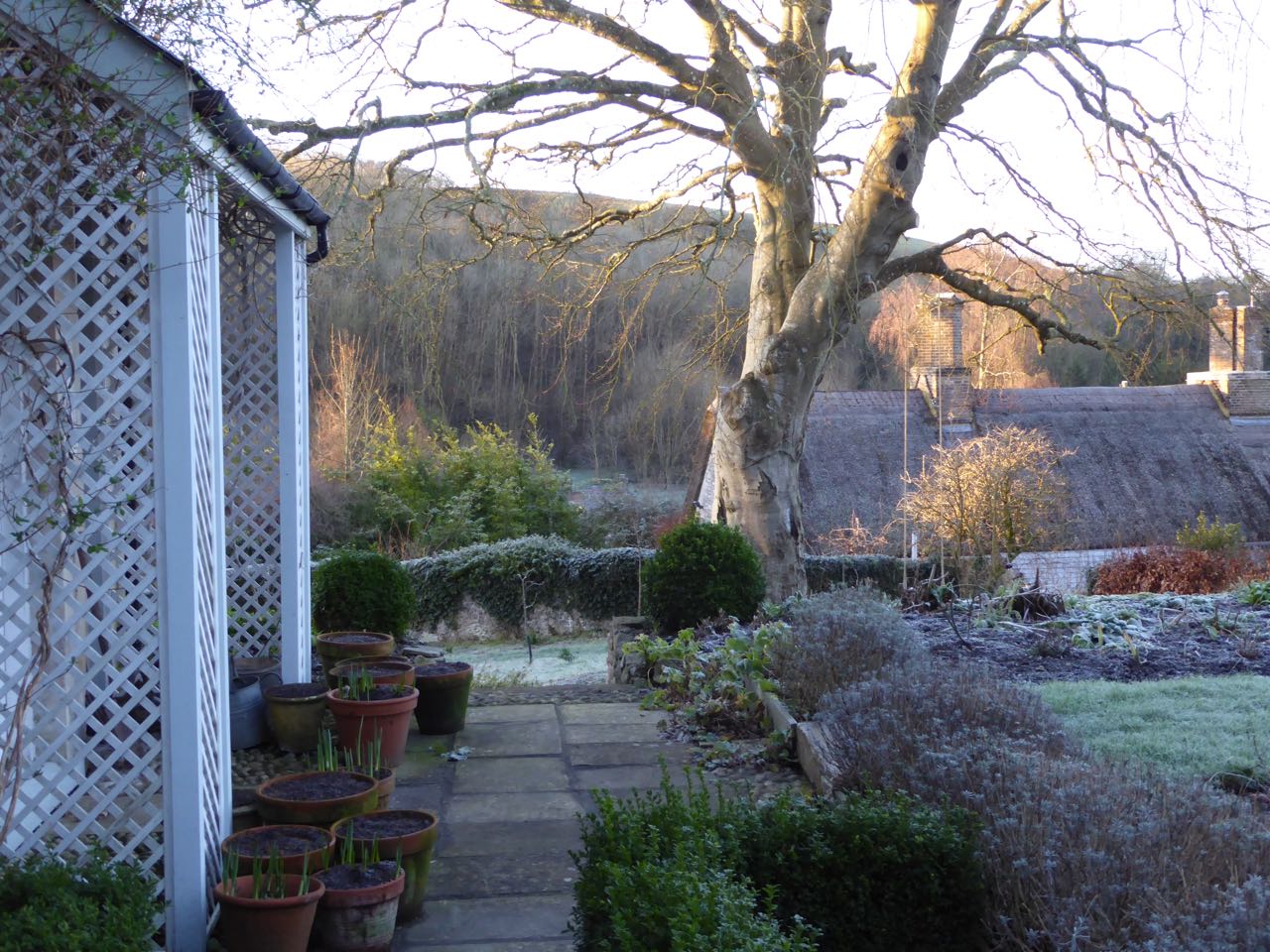 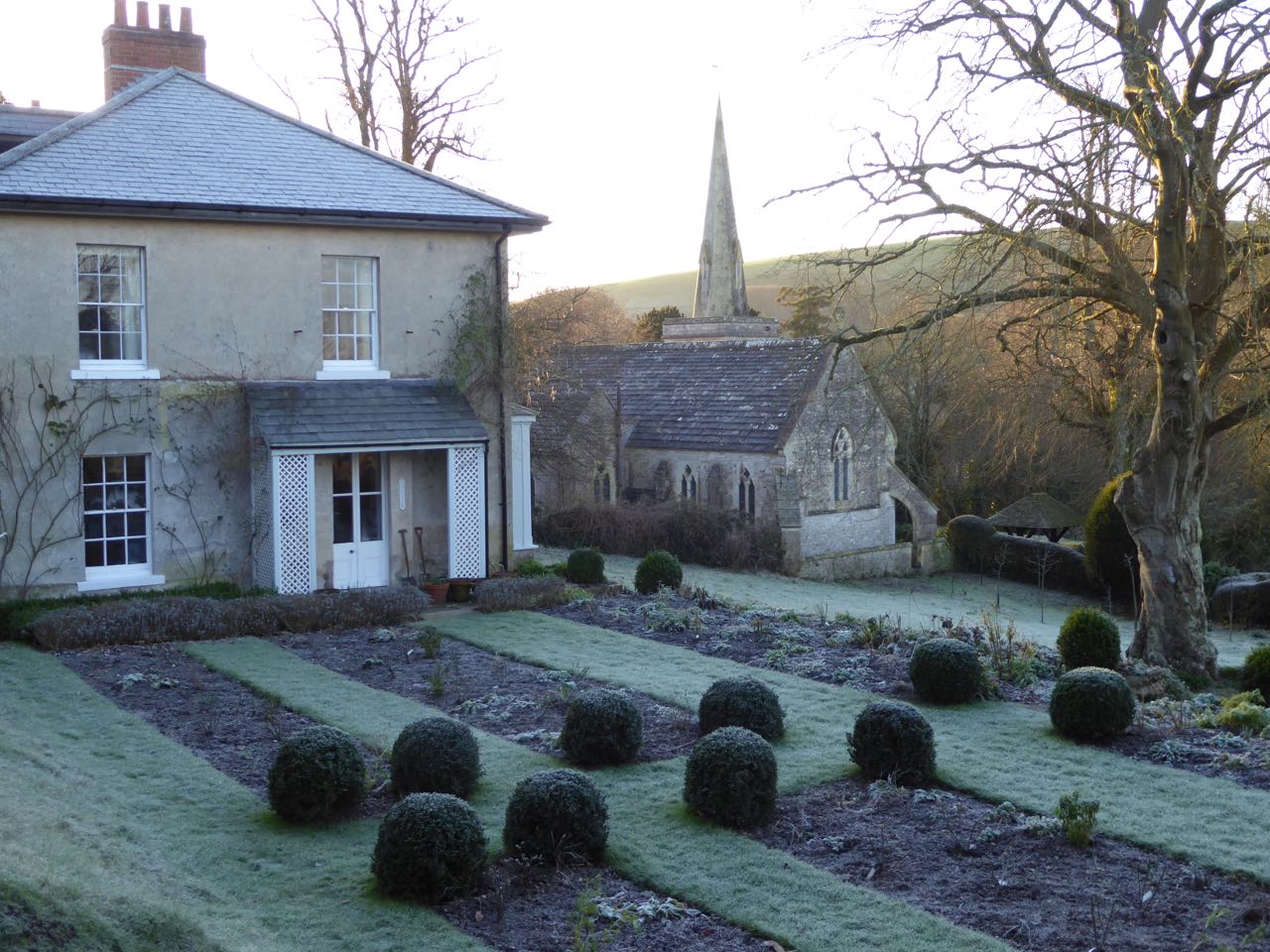 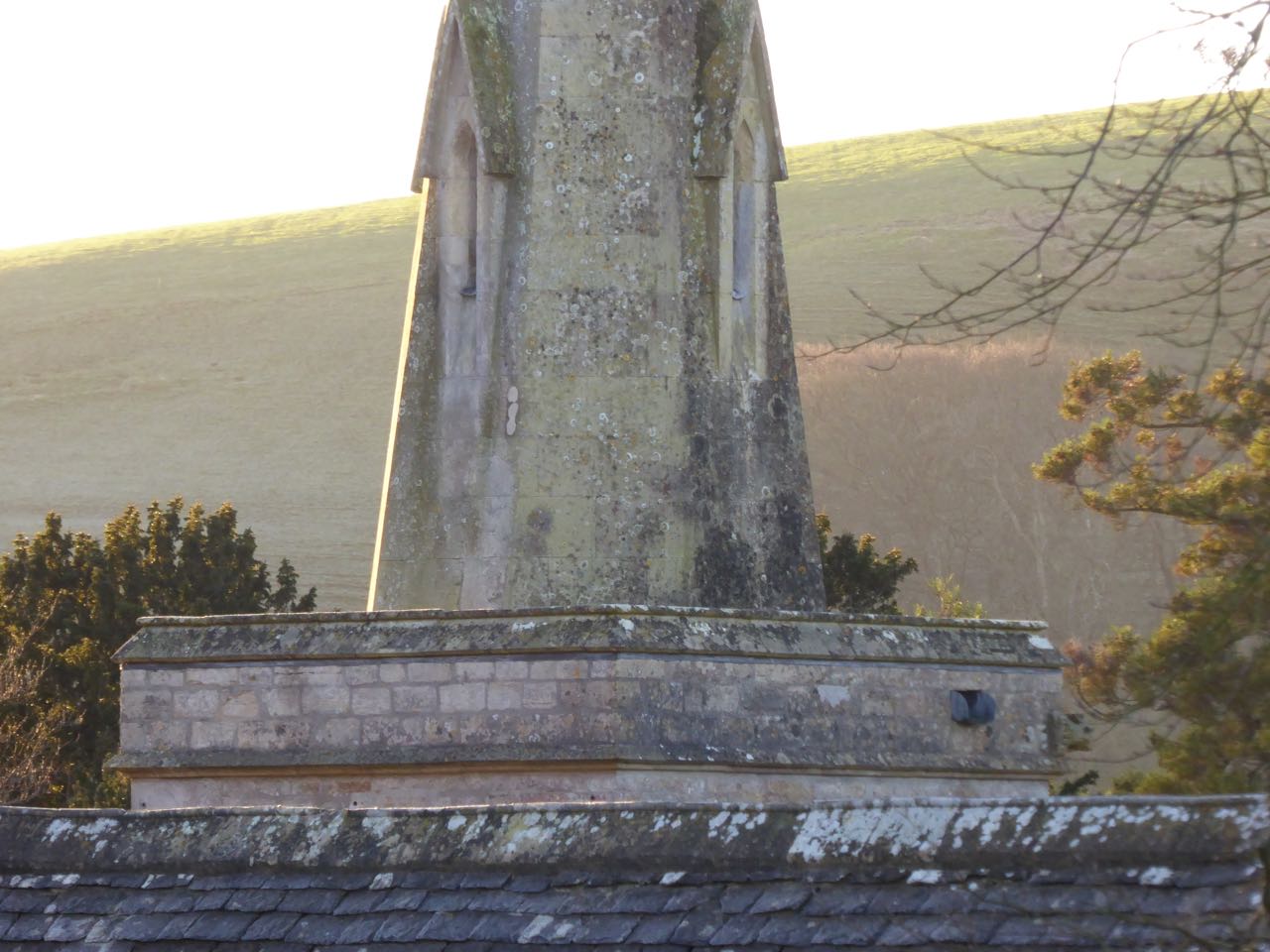 We’ve recently cleared an old diseased Laurel tree from the end of the garden and it’s opened up a wide new view. 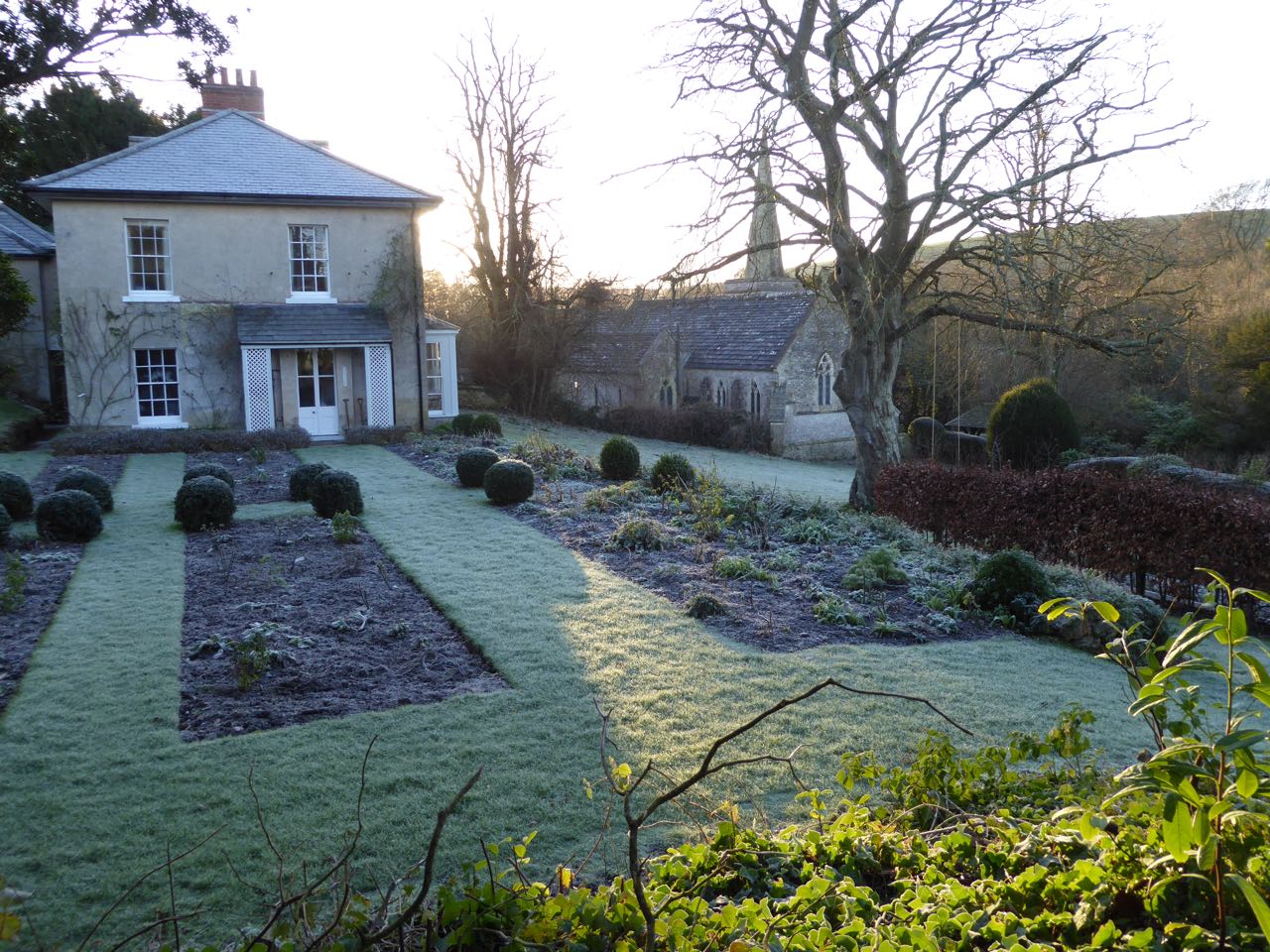 But the best things don’t change: 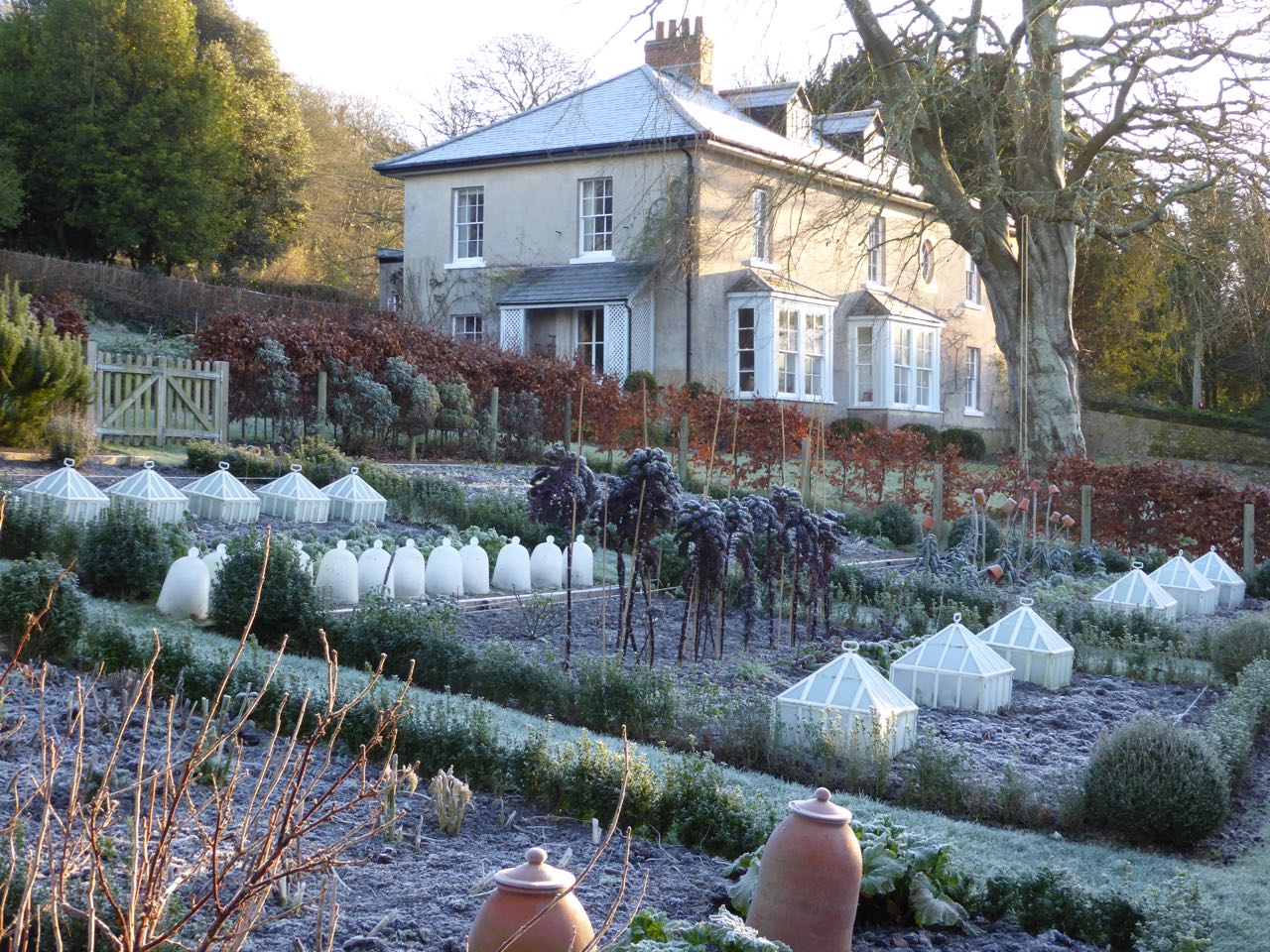 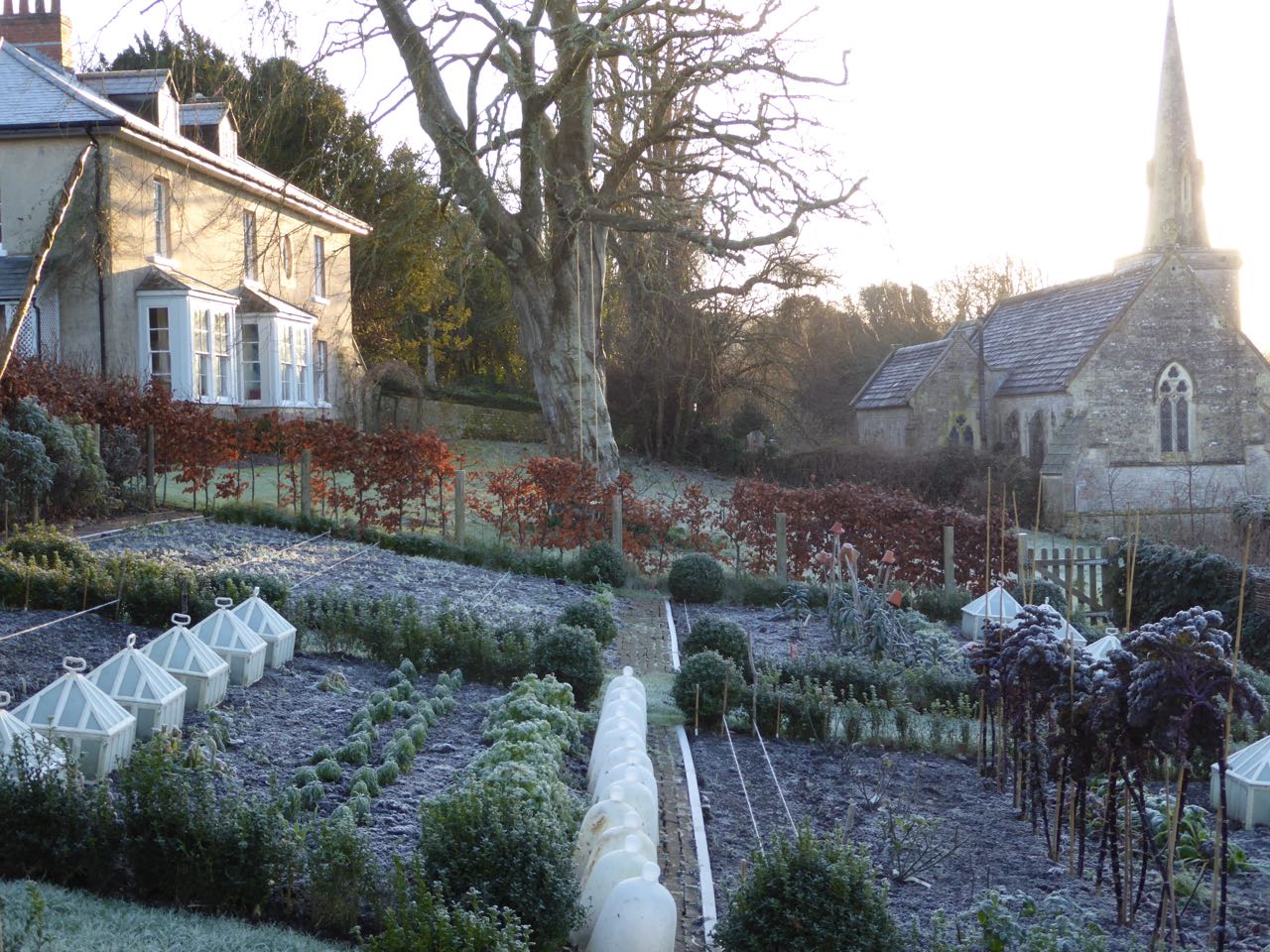 The frost on the rhubarb forcer was its usual beautiful thing: 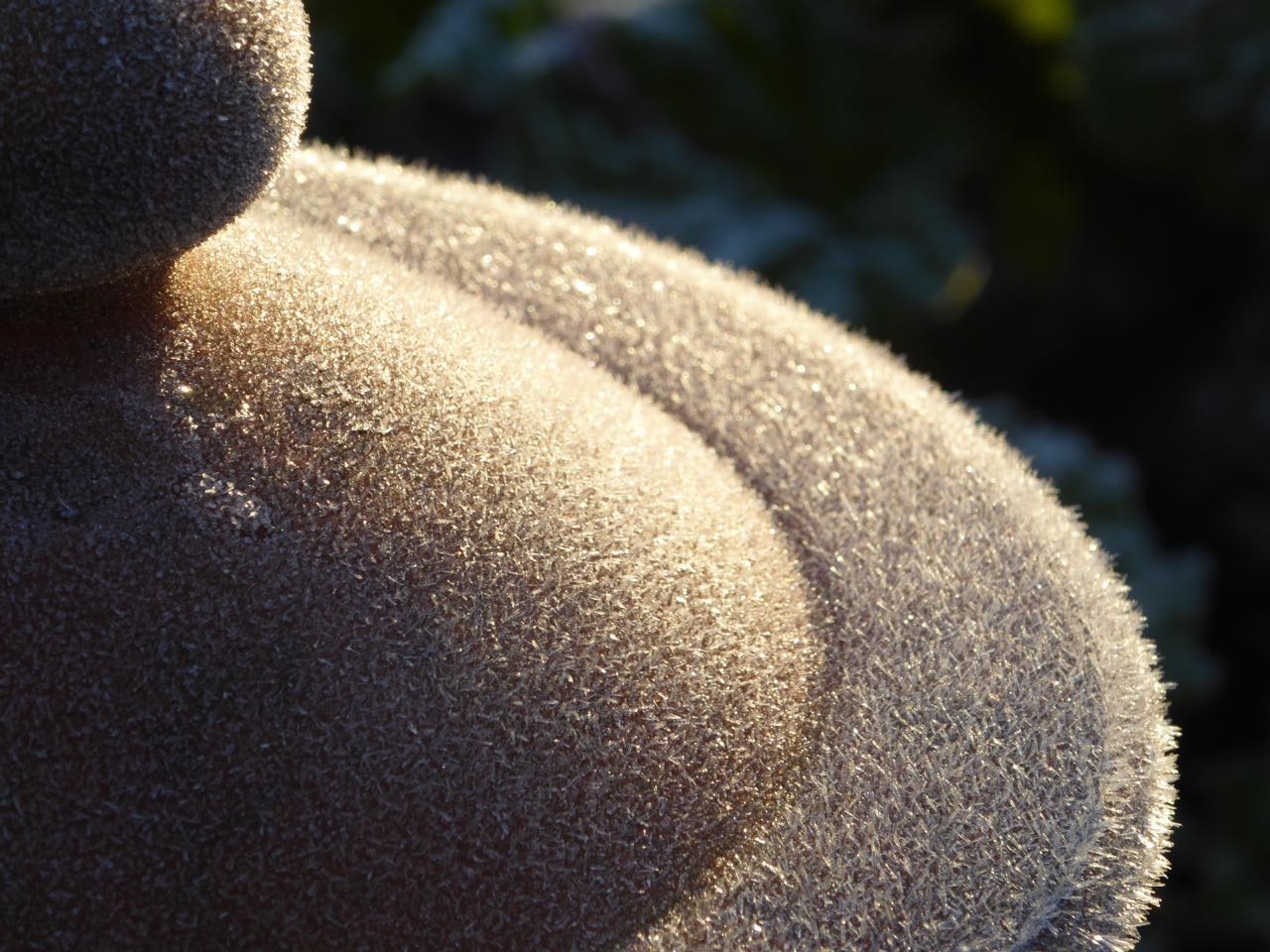 We had the first rhubarb on Friday night (although I forgot to whip out my camera, but here’s a shot from Charlie’s instagram feed, which I am sure you are already following, but just in case not). 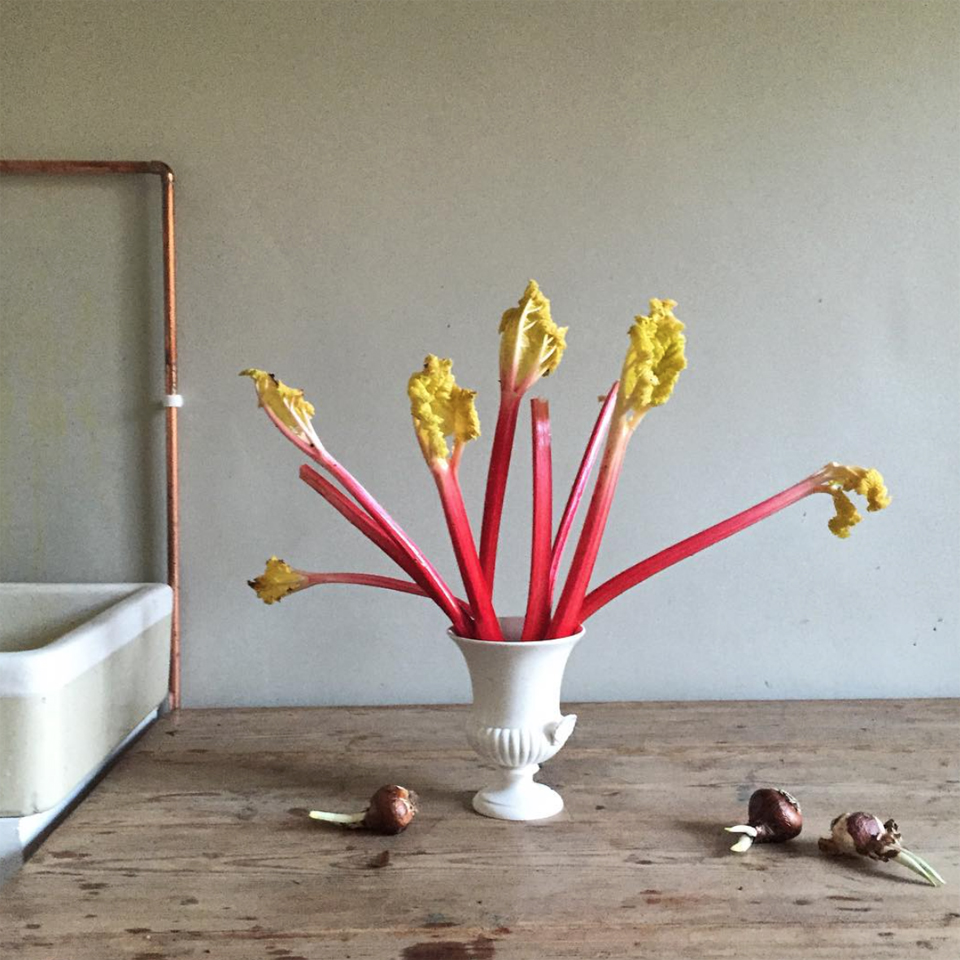 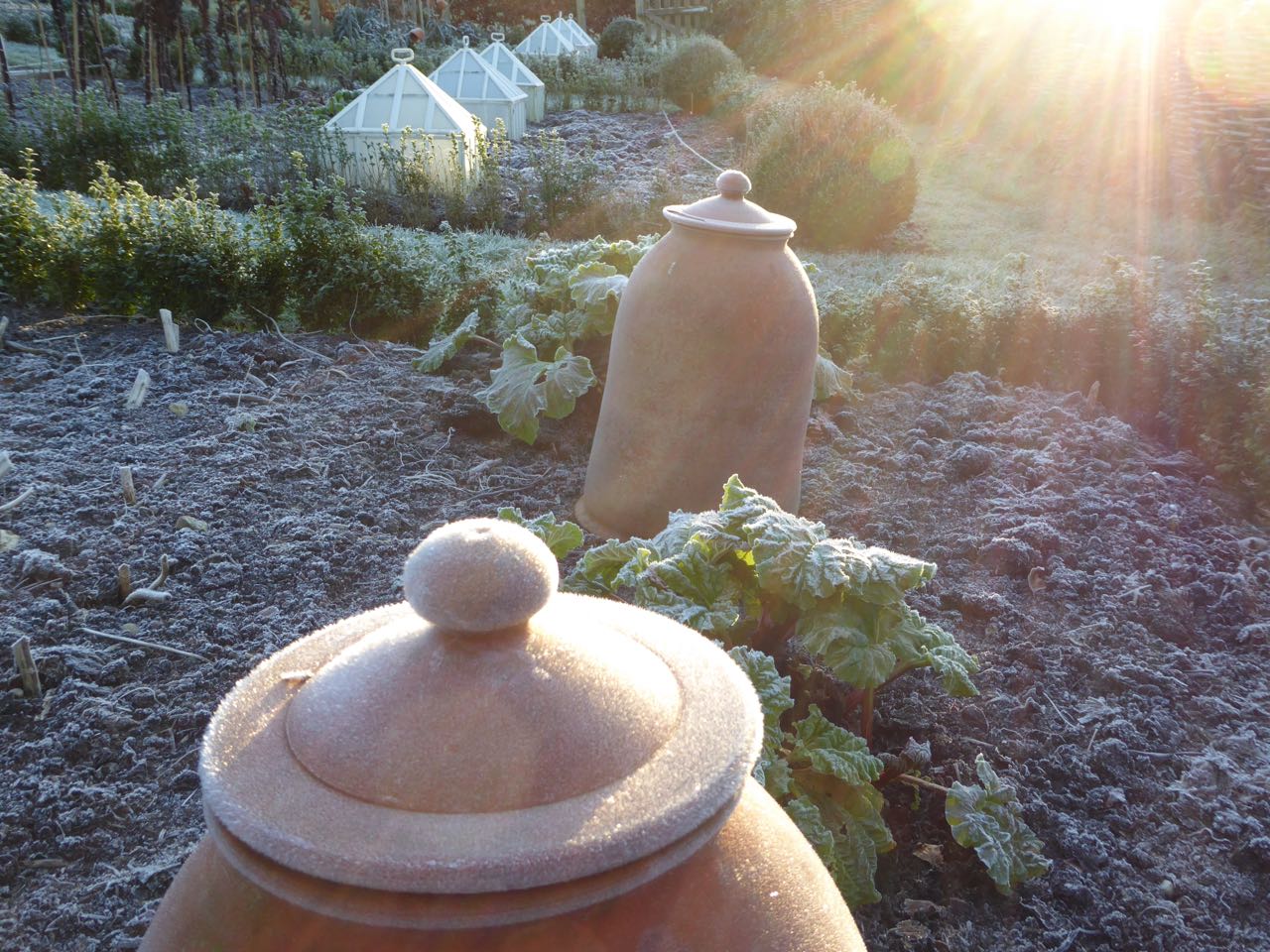 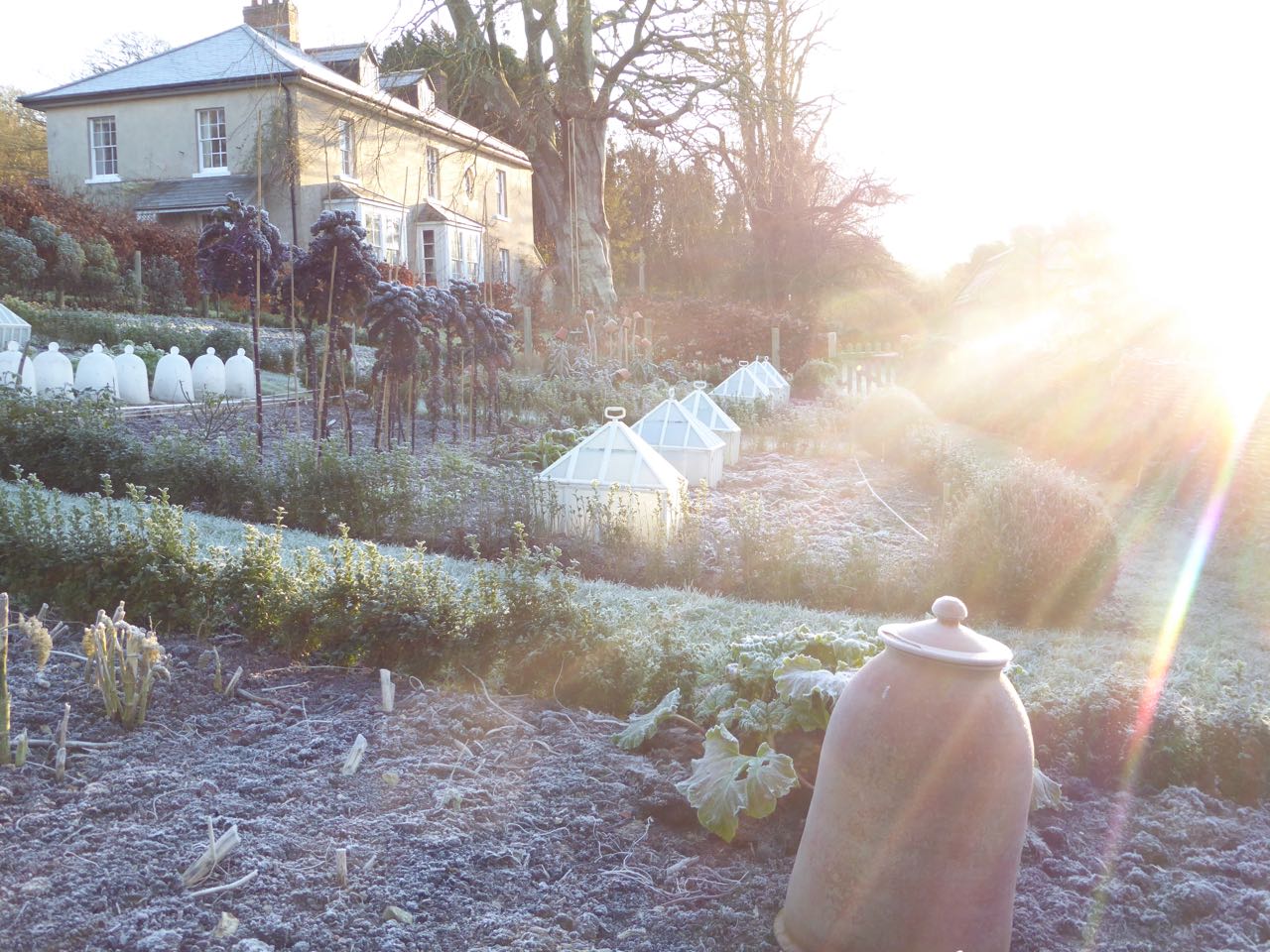 The garden is about to become a bit of a ‘watch this space’. This morning, in the dark, and the pouring rain, just as we were about to drive to the station to catch the train to London, our friend Mike the landscaper arrived with a mini-digger. We’re going to be making a long level patch of lawn all along the front of the house, with a little dry stone wall at its base meeting the meadow. 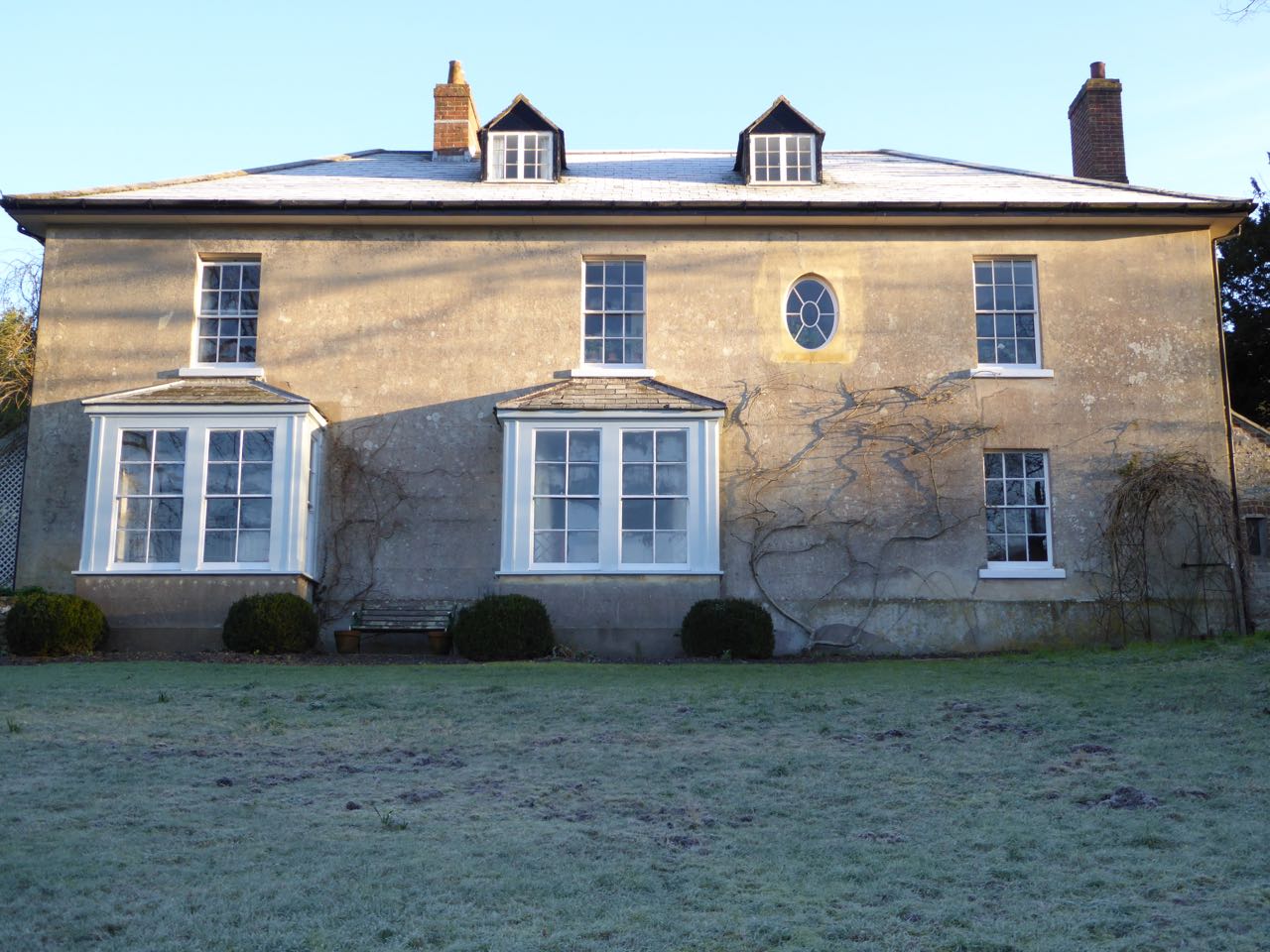 So that all along here, and the view in the other direction, the lawn bit will be level. 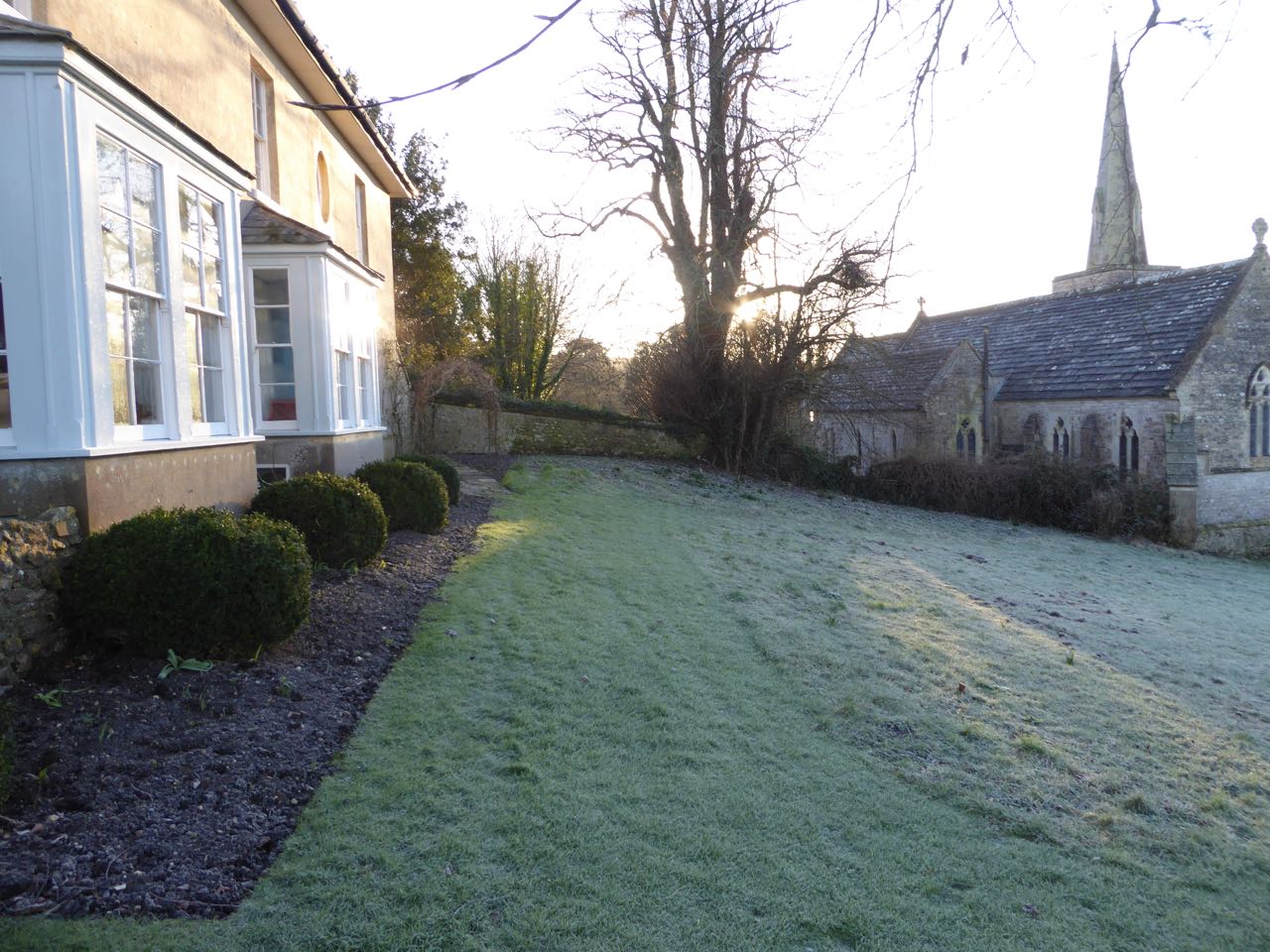 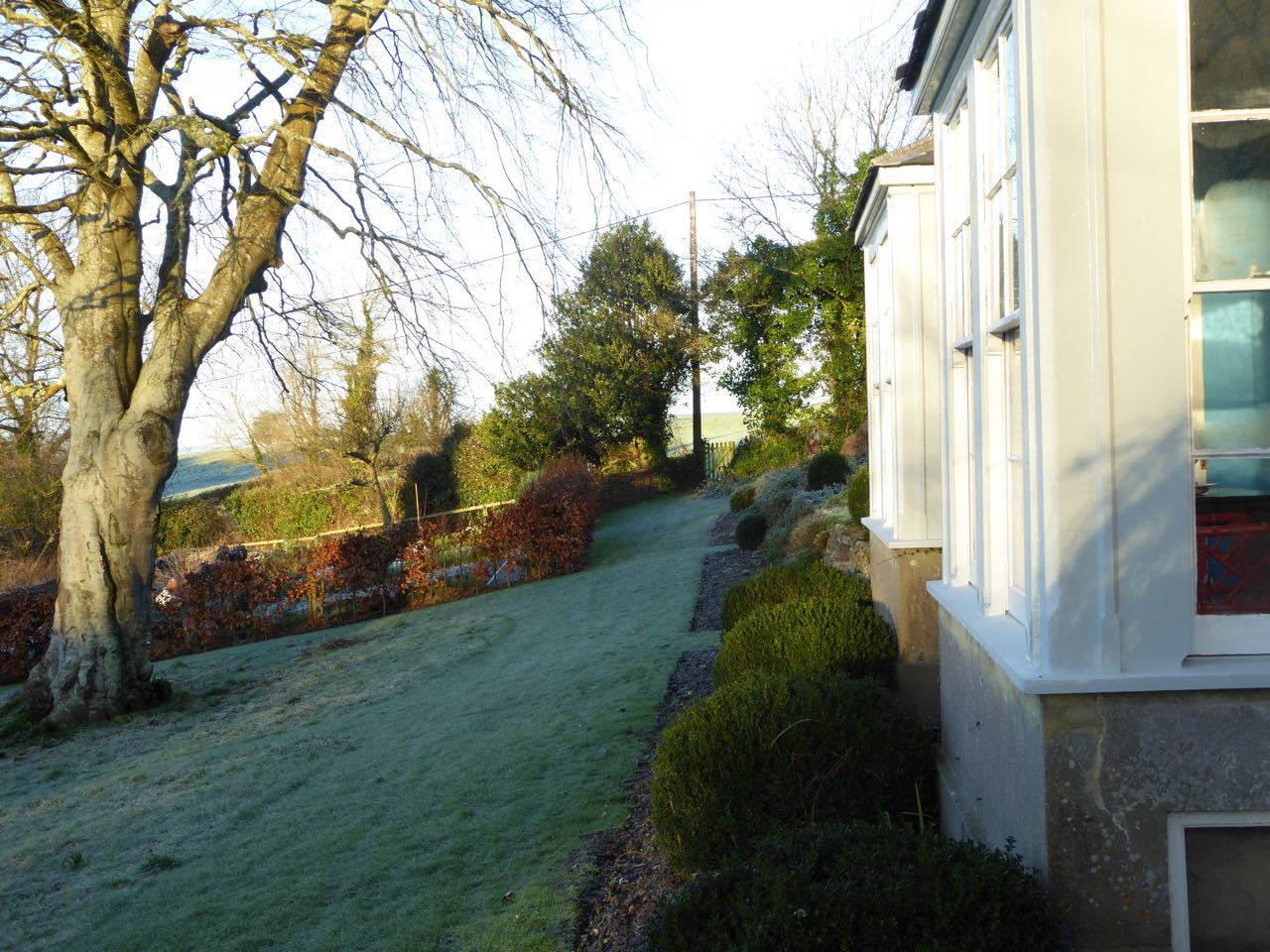 I think by the end of the week this lot will be looking a bit like the battle of the Somme. But we hope it’ll be worth it. Partly this is what happens when Charlie digs up the lawn to make new flowerbeds (see the second photo right at the top).  And partly what we’ve been dreaming of doing anyway for a very long time.  It will be good to put in a bit of structure just here. I’ll take some photos when it’s all done.

Those beds are full of Charlie’s tulips.  I can’t wait for spring. But while it’s here, it’s good to have a moment of freezing cold winter, even without any heating or hot water, and even if you do need to spend a whole day in bed.