…It’s been a long time, as some loyal readers of the blog have taken to commenting on (which, I would say, is a fair comment), since I was in Dorset. So you can imagine, on Saturday morning – Bridie and I got back from Paris the evening before, where we’ve had a very exciting and (can we say it ourselves?) successful mission finding new stock for the shop…so, on Saturday morning – how happy I was to be heading west.

I didn’t go straight to Dorset. I wanted to catch – before it closes at the end of the month – the fantastic Rex Whistler exhibition in Salisbury. I’d missed the opening, I’d missed a million and one opportunities to get there earlier in the summer, and now it closes at the end of the month, and, well, from time to time, there’s no time like the present. I cannot recommend this wonderful show too highly. It’s the perfect exhibition. Small (I love a two-room exhibition) and packed with superb paintings, drawings, sketches, books.  I knew many, intimately, from reproductions but it was a joy to see so many in the flesh. I’m not sure I was meant to whip out my camera but I hope you don’t mind. 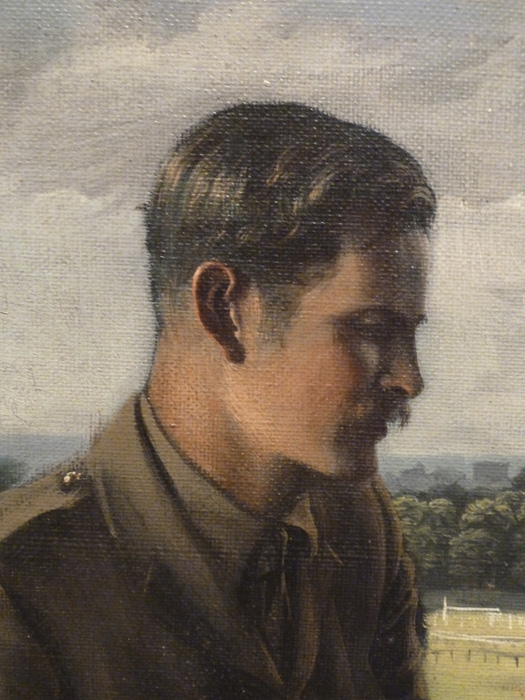 Jock Lewes, co-founder of the SAS; a deeply pensive portrait that was captivating. 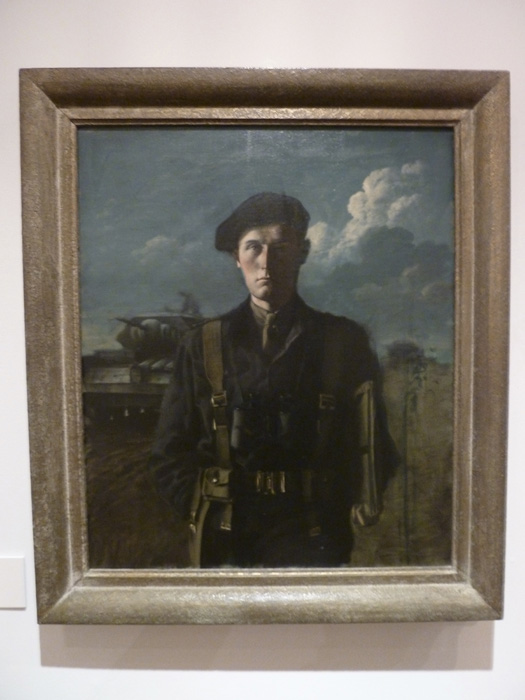 Another wartime portrait: quiet, dark, completely unlike anything else by Whistler and hinting of a powerful future. 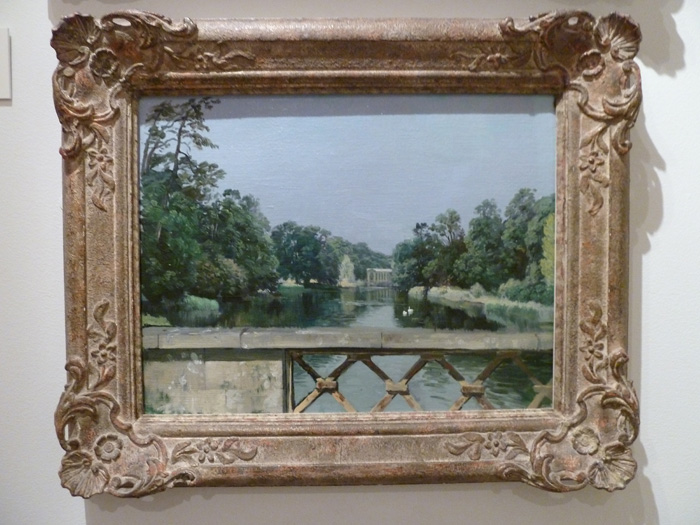 The dreamlike Palladian Bridge at Wilton – a chalky, limpid painting. 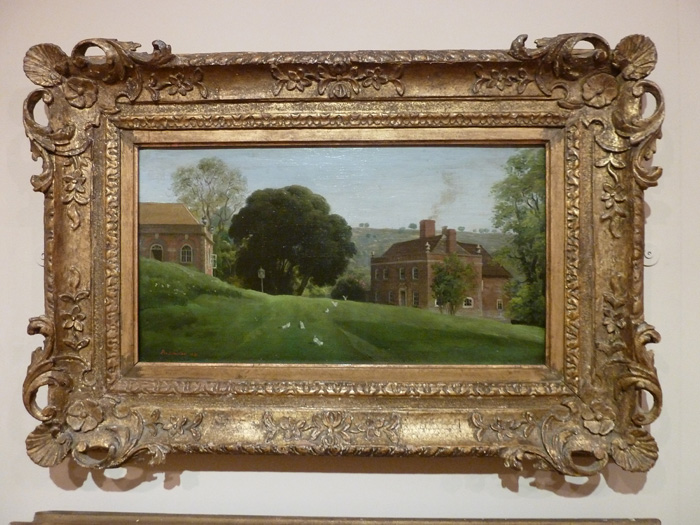 And I was thrilled to see this portrait of Ashcombe, Cecil Beaton (then more recently Madonna’s) magical house on the Chalk Downs… the painting forms the jacket of Beaton’s biography of the house, Ashcombe: the Story of a 15 year lease, which seems to have become stratospherically expensive since I bought my copy, but find it if you can… 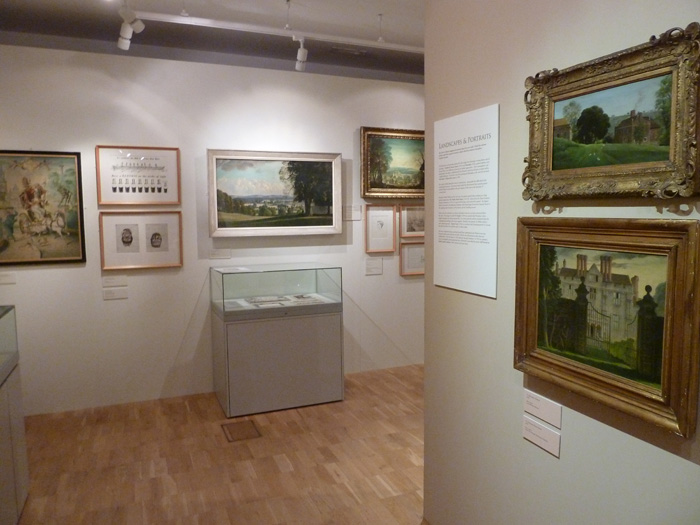 The perfect small show. It is on show at the Salisbury Museum until the 29th.  I cannot recommend it highly enough.

Not least, of course, because you walk out of the Museum to this view. 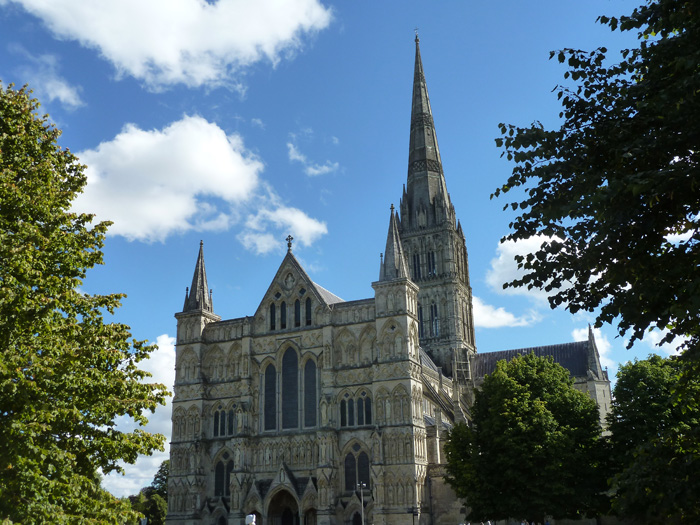 I love walking around Salisbury Cathedral Close so much.  Two of my favourite houses on earth; 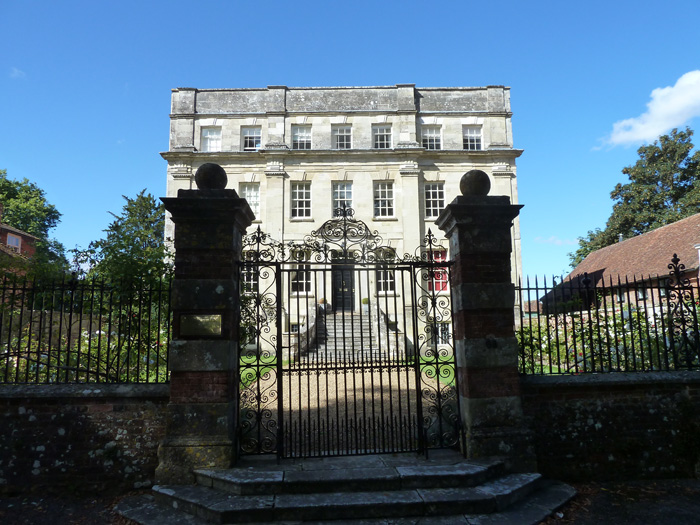 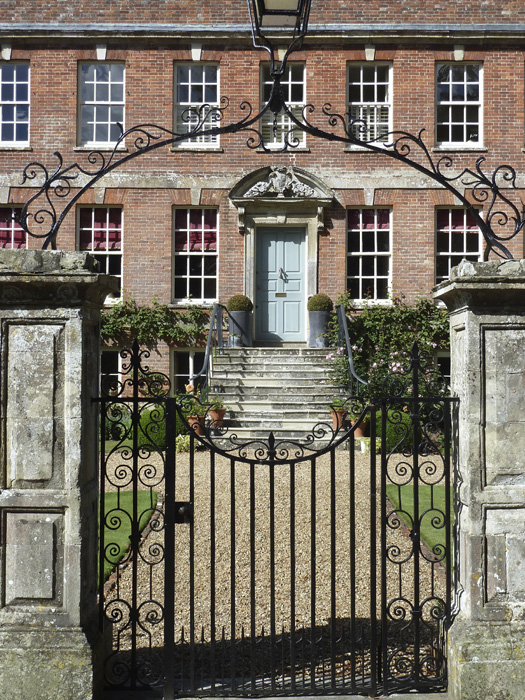 But after all that…it was time to go home. A magnificent drive across the downs, sparkling in brilliant sunshine.  I drove down into the valley just before lunchtime, and the view across West Bay to the cliffs of Devon was breathtaking, gleaming. 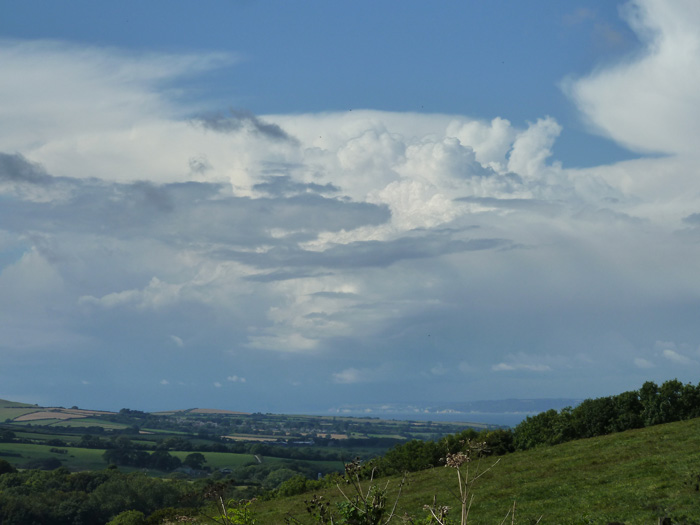 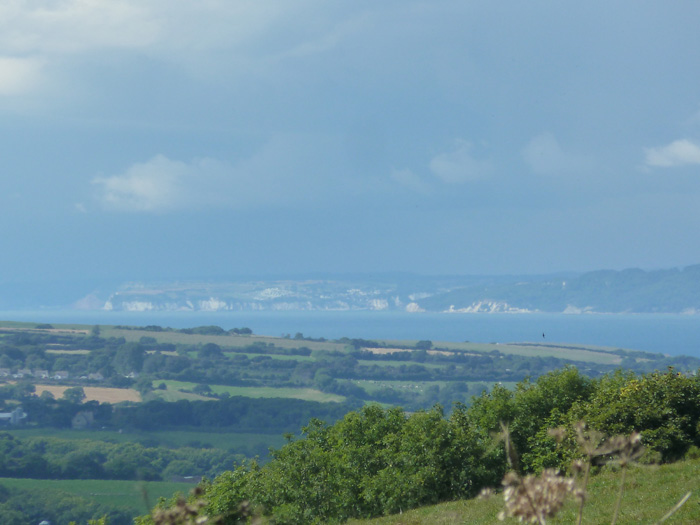 The descent down the steep hill into the village is one of the things that makes me happiest on earth. But no more so than when I haven’t been for a month. 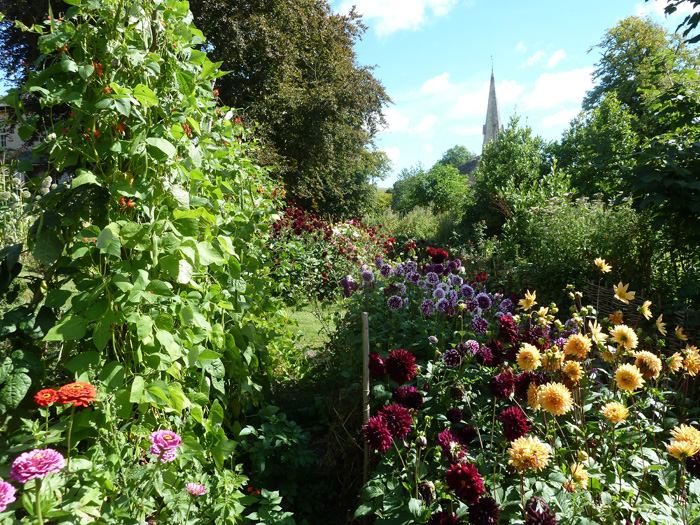 The vegetable garden has gone crazy.

Some things have fared better than others. 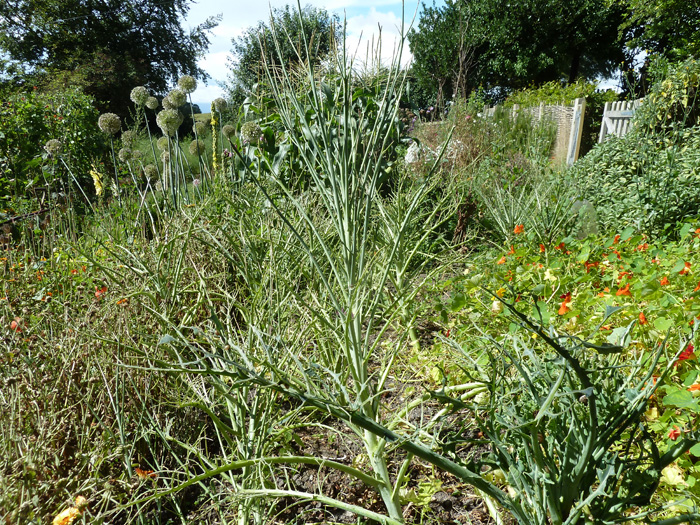 My cabbages and broccoli have been destroyed by caterpillars.  They were rather beautiful in their desolation, but I am sort of happy. While I’d been in Italy I’d decided what I’d really like to do this autumn is clear the entire veg patch and start over in a slightly calmer way.  The crop rotation, just as a for instance, has gone a bit awry. So that’s a good excuse, because nothing else is planned to overwinter. There is a huge pile of manure waiting to be dug in. 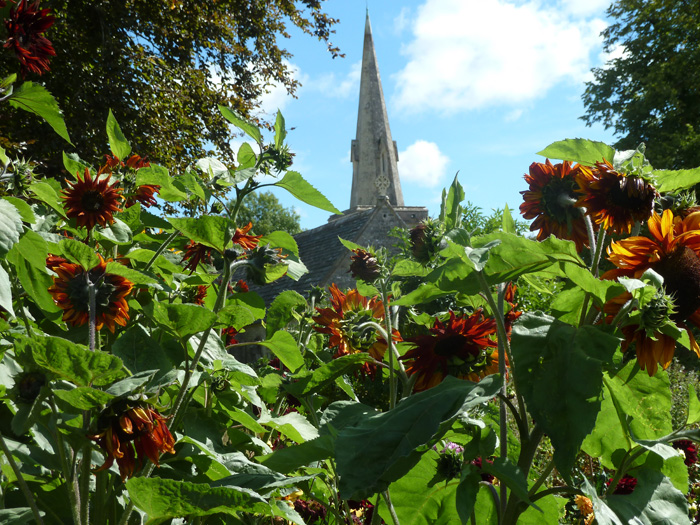 The sunflowers have done rather better. 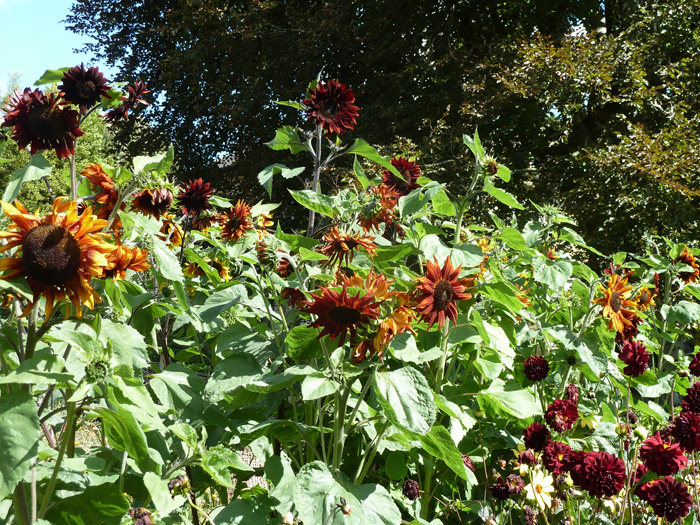 The dahlias meanwhile have gone mental: 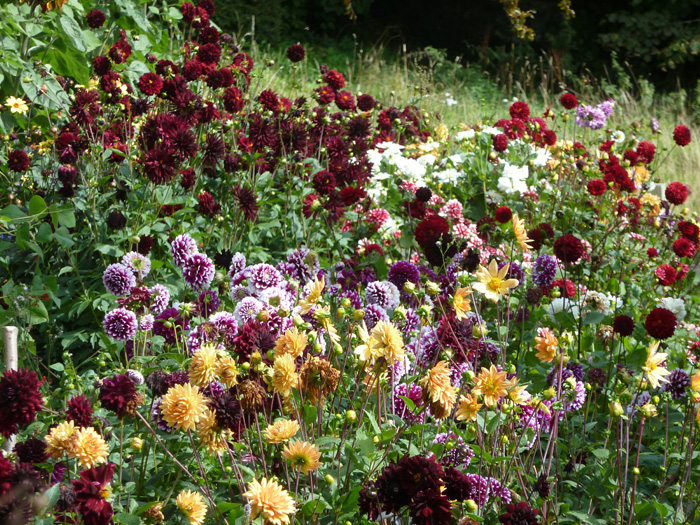 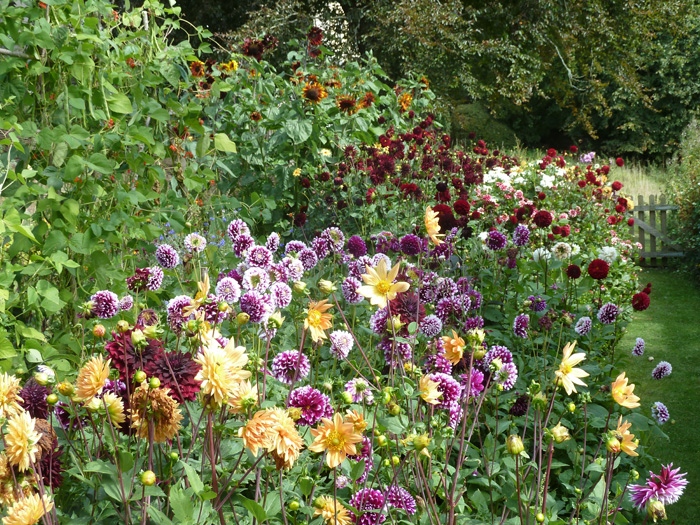 I think some of these might migrate up to the flower borders next spring. 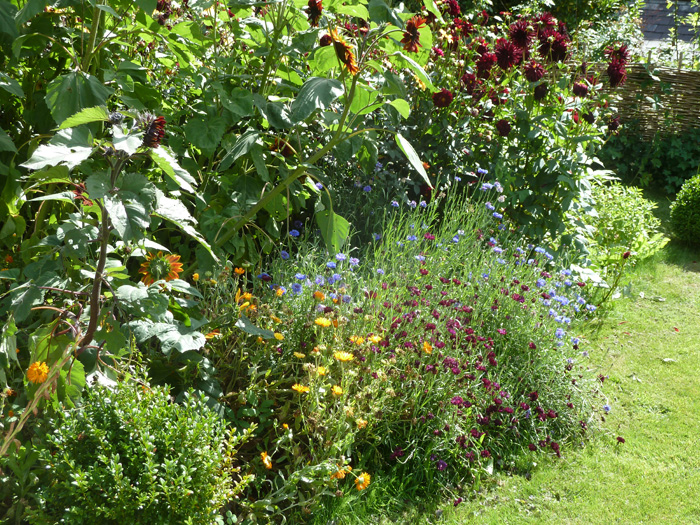 But it was time to start clearing up the less picturesque chaos. 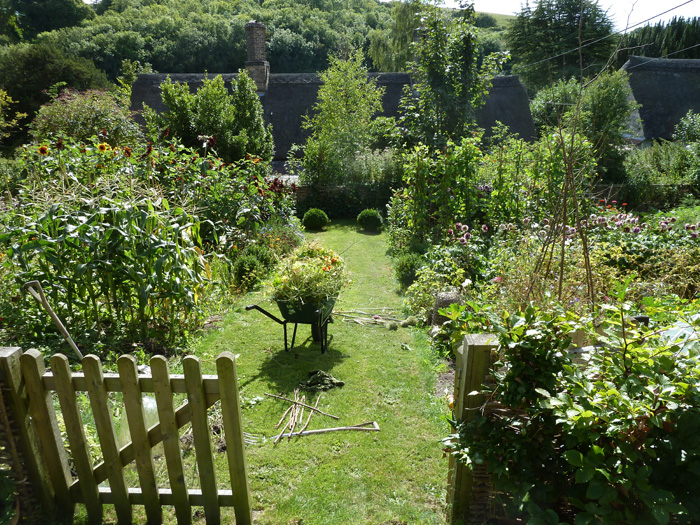 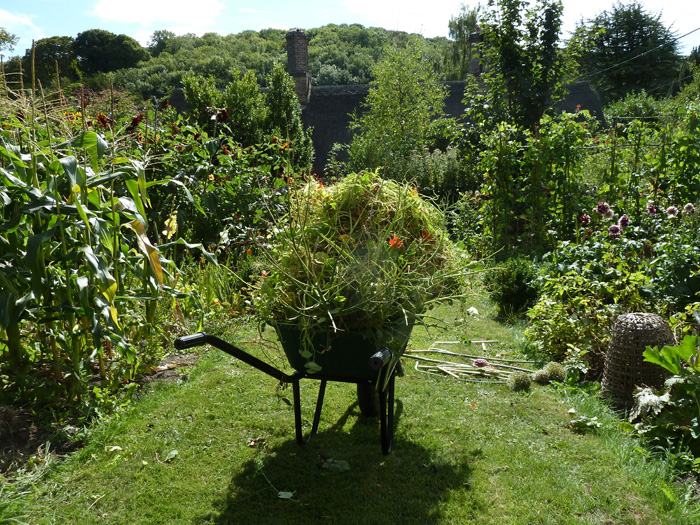 Many trips to the compost ensued. 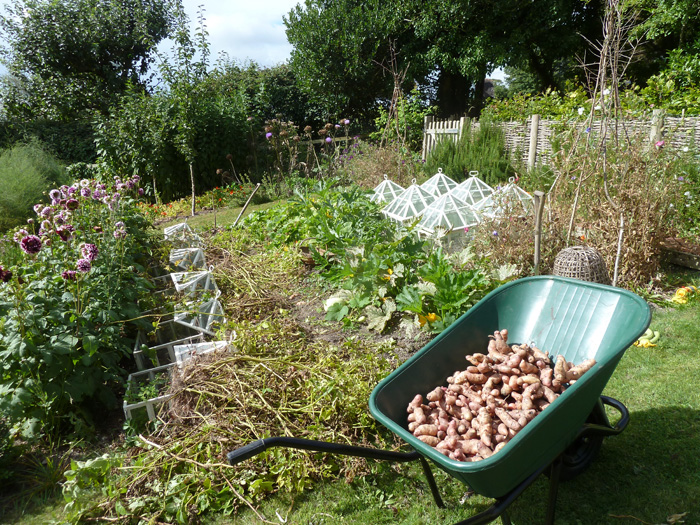 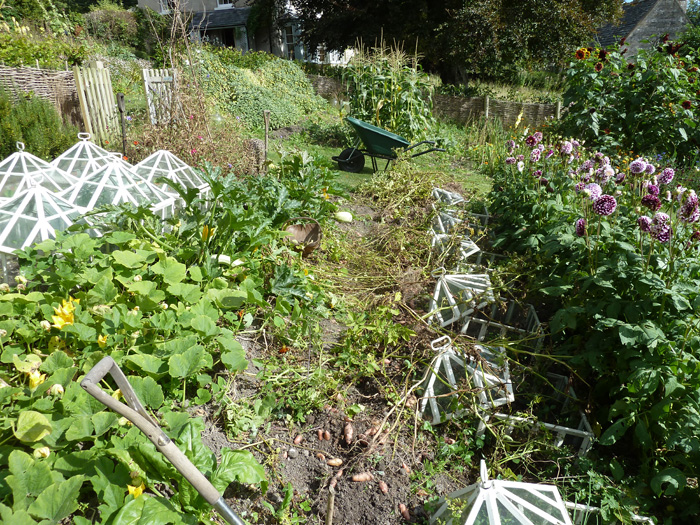 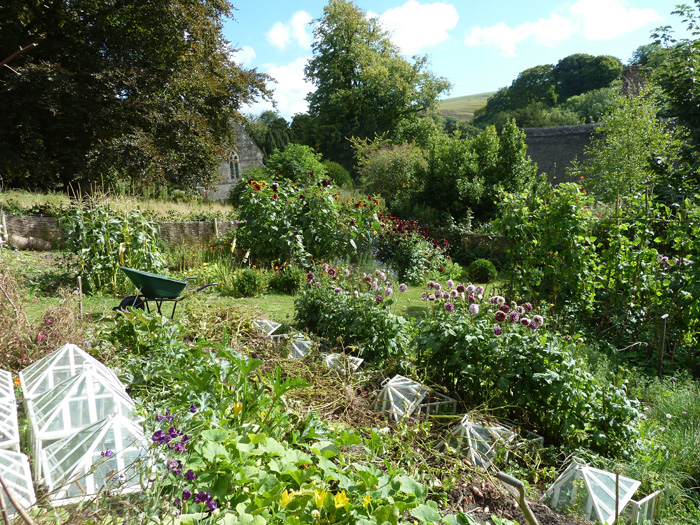 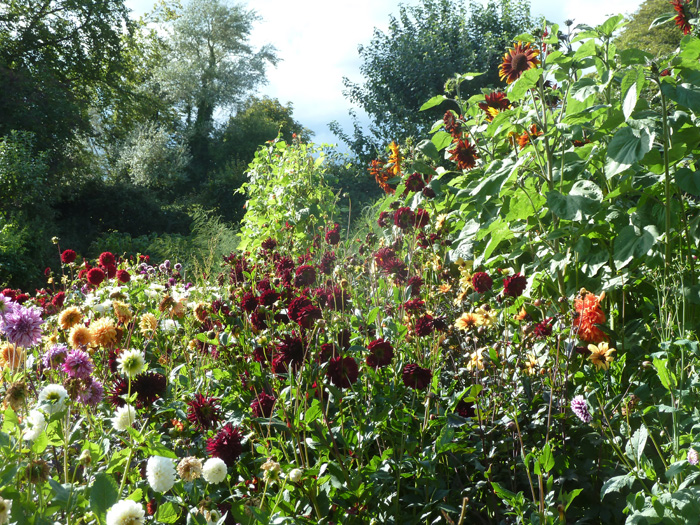 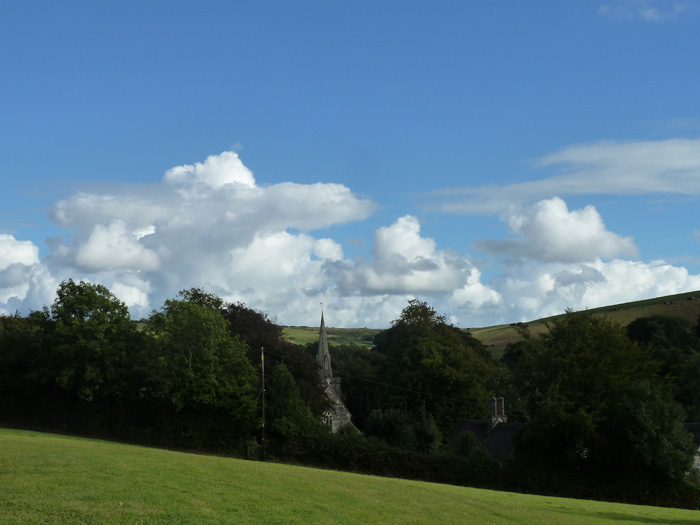 It was a weekend of extraordinary skies.  Fine looking east… but dark clouds were gathering to the west. 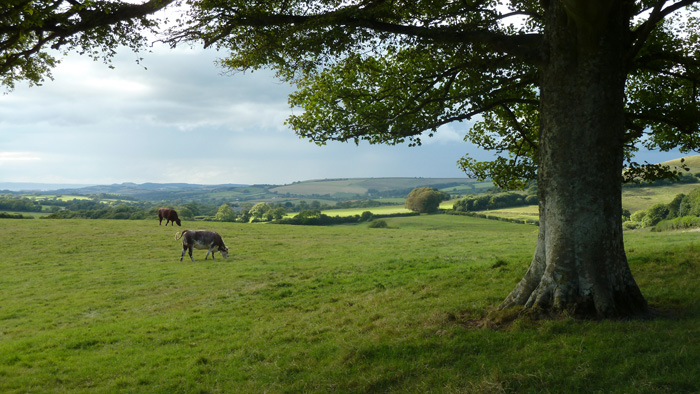 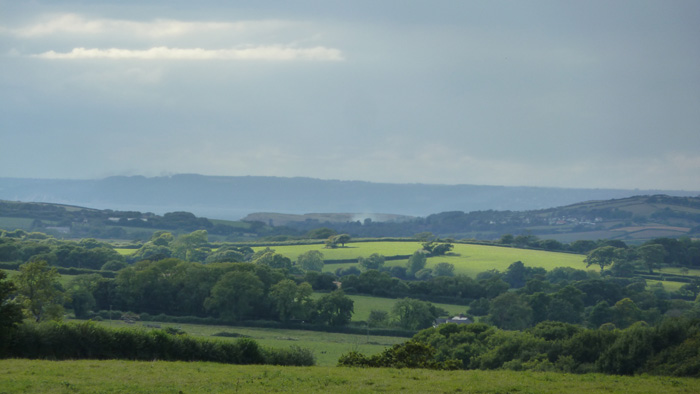 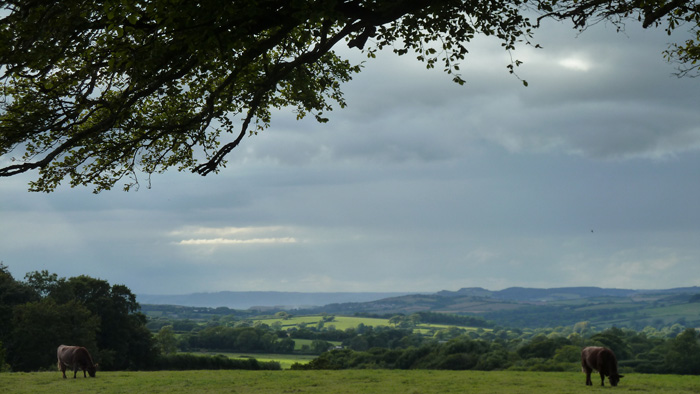 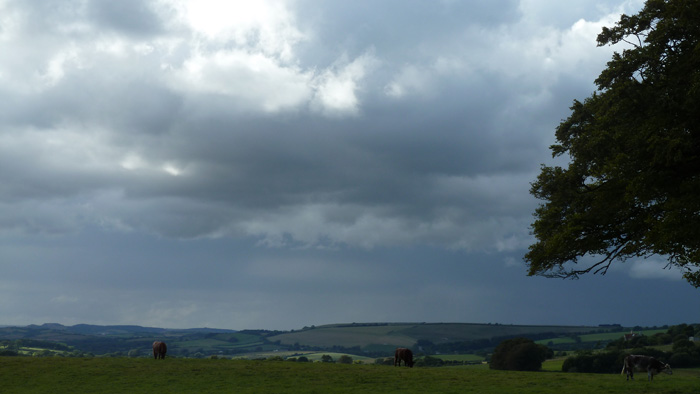 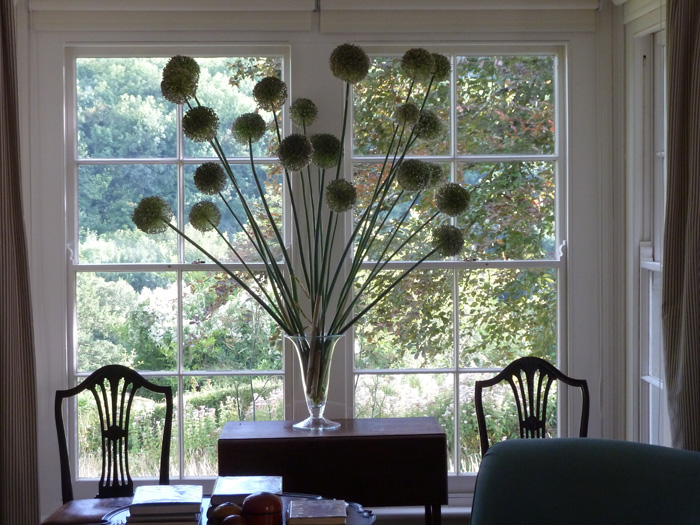 My leeks had gone completely to seed months ago. I love leeks in seed, like some giant allium. Now it was time, before autumn storms crashed their way through the garden, to cut them and bring them in.  I’m liking their scale in one of the bay windows. 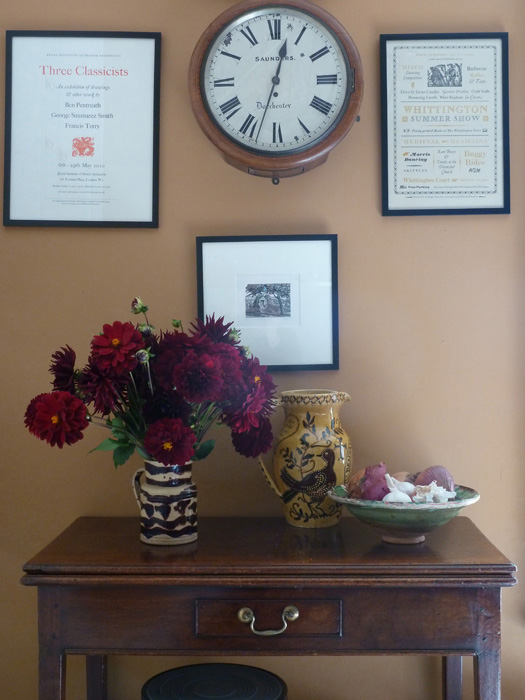 Dahlia time.  My favourite.  I cut buckets of dahlias and even managed to get them back up to London on the train.

It was a fleeting visit – down on Saturday afternoon, back on Sunday afternoon, but strangely I didn’t mind. Not least because I’m down in Dorset a lot this month coming. But there are also exciting things afoot at the moment in London, which I will be writing about very soon. So after a long absence from Dorset, even a brief stay is long enough to reconnect. There is something permanent and unchanging there which works its effect from the moment you walk through the door.