If the map fits, hang it…

Well, a lot of comments on the previous post seem to be to do with my map of London… I can sort of understand why!

I can’t quite remember when I began to wonder if the Roque Map that’s been hanging in our office hallway for a few years now might just, well, exactly fit the end wall of my sitting room.  Probably on visit two, and I couldn’t quite believe my tape measure. Because I think I found  myself measuring about 15 times to see if it would fit, and slightly scratching my head each time.  Yes, I had to move a radiator; yes I had to move a couple of sockets, but I think that’s a price worth paying, don’t you?

The map is a re-print of John Roque’s ‘Plan of the Cities of London and Westminster, and Borough of Southwark’, 1746.  I bought it a few years ago from Harry Margary, from whom I had bought a few years ago the smaller scale map, the so-called ‘Exact Survey’ of London, also by Roque, that used to hang above my sofa at Great Ormond Street (and which has now moved to the office).

I think there a are a few copies of the Exact Survey still for sale, and I suggest you get your copy now, because it is a very beautiful thing. For a very long time I had dreamed of owning the Plan – but as you may have noticed it is permanently out of print.  Over the years I’d emailed with Margary’s to see if they could ever bring it back in stock.  Then, a few years ago now, I got back from a summer holiday. There was an email from them saying that had one copy which was no longer required. They had a waiting list – of which, because I had been so annoying, I was at the top.  I had 48 hours to respond. Thank goodness I didn’t stay on holiday a day longer!

So, that’s the story of the map.  Not quite a pact with the devil, but certainly a dance with luck. Nothing would bring me greater pleasure than to get this re-print back in production, and indeed we did talk to Margary’s a little while ago about doing this through the shop. The problem being we would need to print so many to make it happen, that I could wallpaper the whole of the building with maps and still have several hundred left over.  If I get the feeling from this blog that there is overwhelming demand, then we could see what we can do! 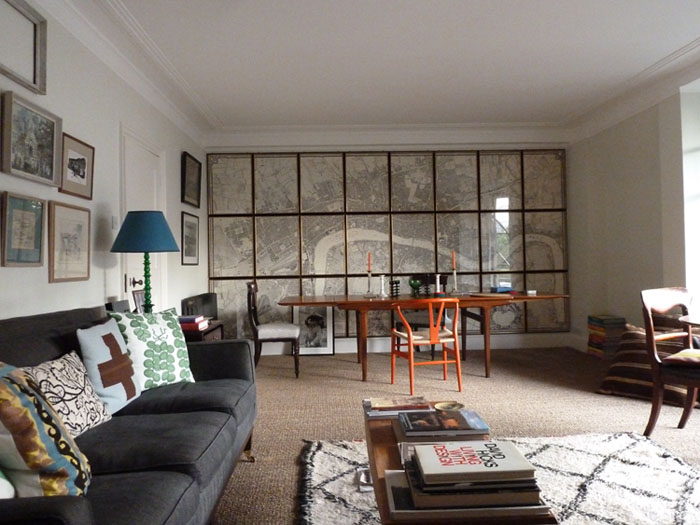 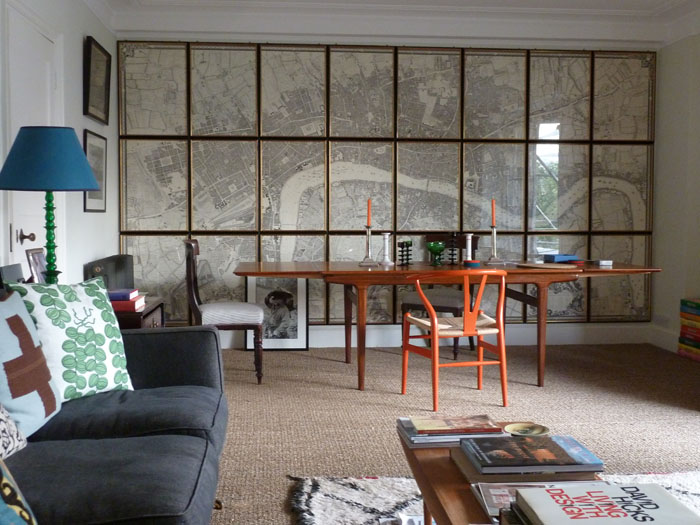 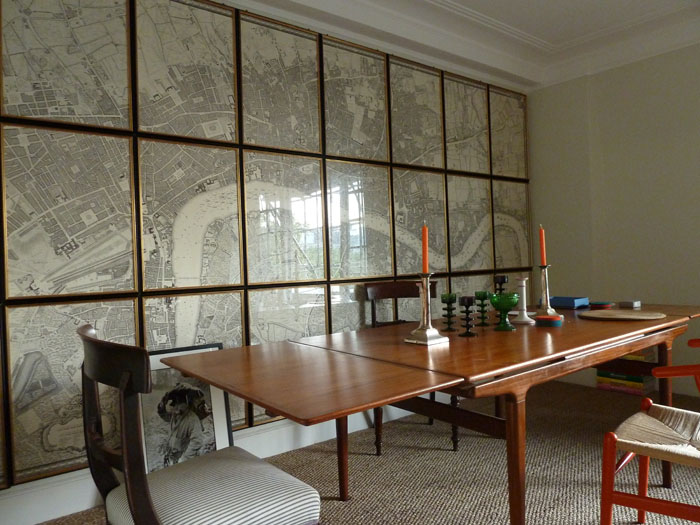 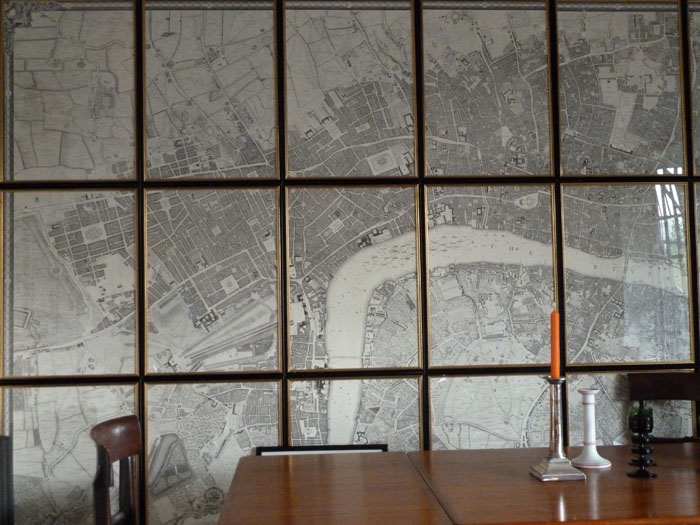 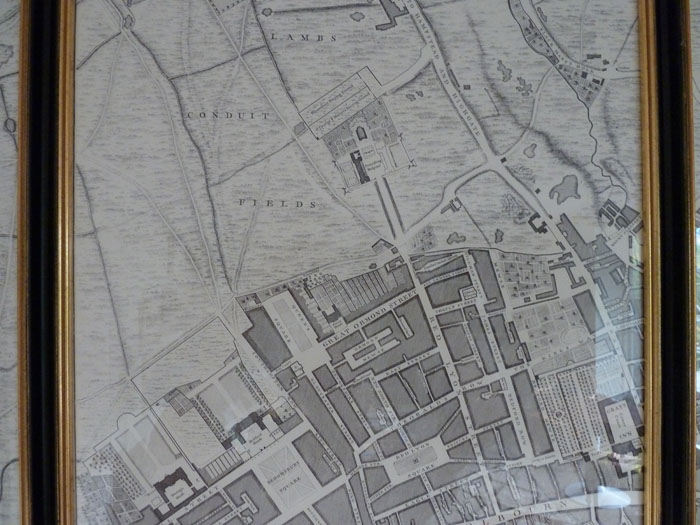 There’s Queen Square, where I’m now living. Great Ormond Street, where I have moved from, was one of the grandest streets in London – with massive townhouses with their splendid gardens leading northwards to open countryside beyond. Remarkable.  Rugby Street used to be called Chapel Street and you might just spot the chapel at the end of the road.  Lambs Conduit Street didn’t of course quite exist – but you can see Lambs Conduit Fields, and one half of the Foundling Hospital. Yes, as you can imagine, you could look at the map for hours, if not days.

A couple of other people asked about the Fornasetti chest of drawers. That’s moved to the bedroom, where it is very at home with some Piranesi prints and dark aubergine ‘brinjal’ paint from Farrow & Ball.  My bedroom corridor has gone dark red (Estruscan Red from F&B) and needs a lot more prints and pictures, and perhaps a bit of a Hone Museum installation? (Which is just getting going, as you can see). 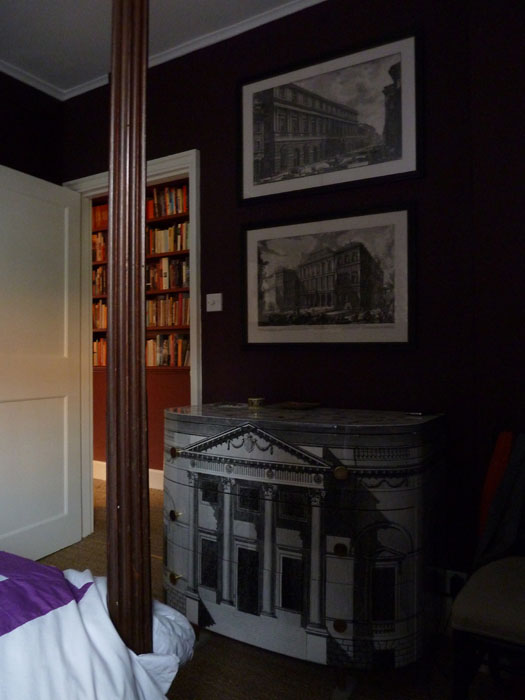 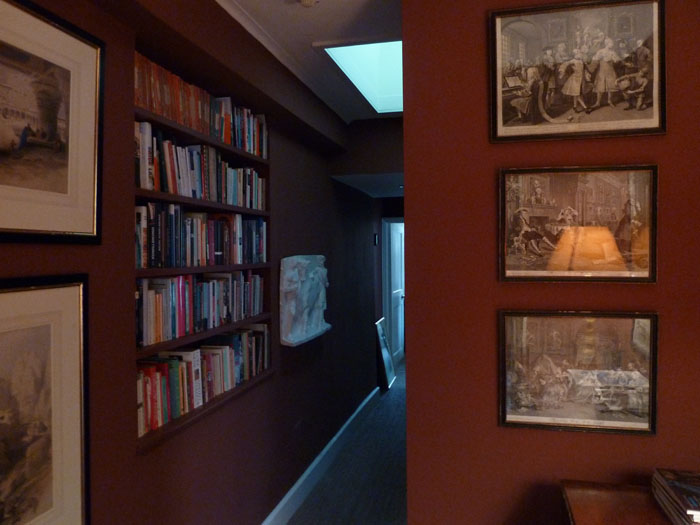 Then I thought you might like to see the little spare bedroom which I wallpapered in William Morris Willow Bough. It is very little, and very leafy.  Yes, time to buy some sheets. 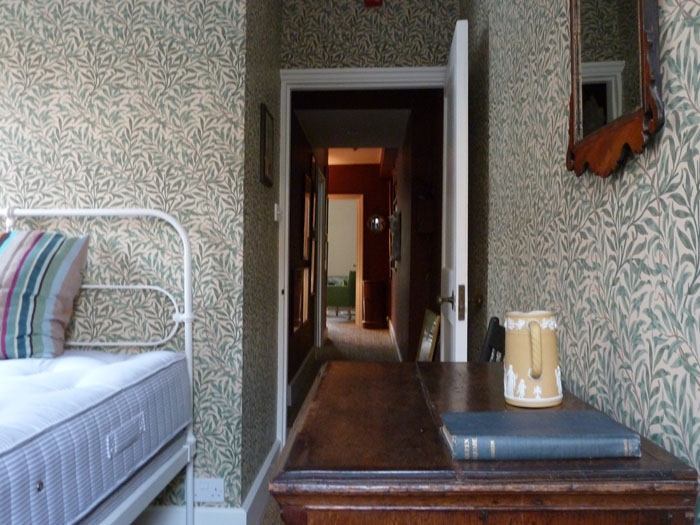 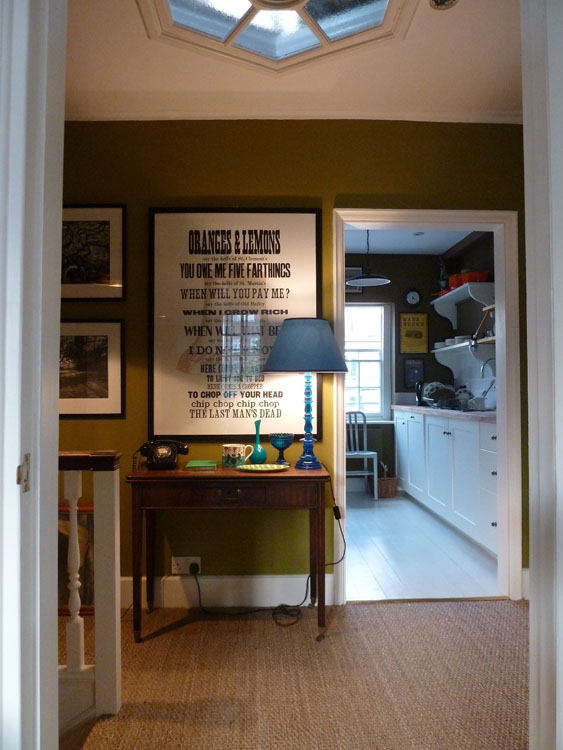 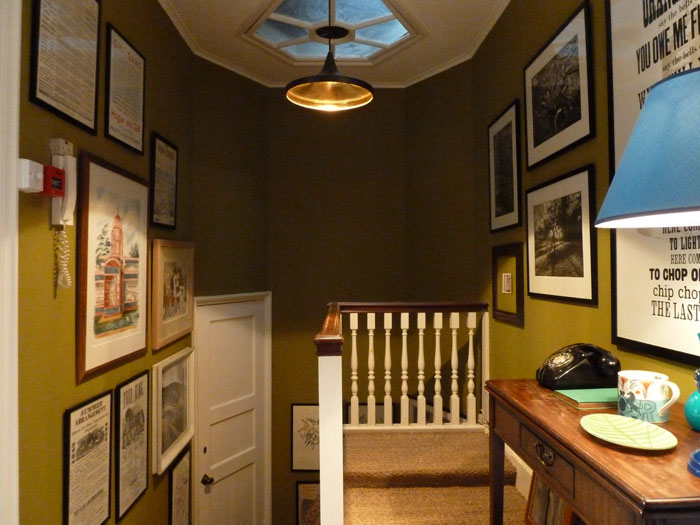 I’ve hung some pictures in the hallway. A few more to go. The lady who wanted the blue lamp moved – as you can see, it’s moved. (And to the person who wanted a flash of red in the sitting room, – um, the red wishbone chair is now in shot). Goodness, what a lot of thoughts there were. Bonkers!!

Anyway, I’m about to have breakfast with my great friend Valentina from New York (she’s having a viewing of my flat) and tomorrow, bright and early, we’re off to Italy for ten days. Woohoo.  No blogs, no email, no mobile.  No activities (apart from the Palio in Siena tomorrow evening, for the first time in ages). I cannot wait.  Well, I have to wait 24 hours. But looking at the list of things I’ve got to get through today – it might go quite quickly. Let’s hope the holiday goes a bit slower.

The post If the map fits, hang it… appeared first on Ben Pentreath Inspiration.