I think not a lot of people know that when we first opened the shop in London it was all a bit of what you might call a drugs front. I really needed more space for the architectural practice. We’d taken on a couple more people and we were running out of room.  For a year or so I’d been watching two empty shopfronts on Rugby Street from my office window, feeling how sad they looked… and it was Will who came up with the bonkers idea that I should rent them. While, in fact, we were lying by the pool of my friend Valentina’s house in Italy (just in case you were sick and tired of winter and needed a summer holiday booking to dream about…).

Well, I read a book the other day that said that bad ideas always turn out to be the most interesting ones. I came back to London and ended up talking to the landlords about renting those shops.  They told us we needed a shop in the front; the reason being, of course, that Camden Council, I think quite rightly, require shops to be shops – they won’t let you turn your shop into an office.  Because a street of offices is quite a different thing to a street of shops, as we all know.

So, the plan we cooked up was that we’d have the office studio annexe in the back and in the front would be one of those ridiculously scary antique sort of shops that have one piece of furniture (lent by a dealer friend of mine) in the window with the price label facing the wrong way and a buzzer on a door and a sign in small letters saying open by appointment, all of which would generally be telling you: “IF YOU HAVE YOU TO ASK YOU CAN’T AFFORD TO SHOP HERE SO PLEASE LEAVE US ALONE”.

The end of Summer moved into Autumn while the negotiations got going, and in fact, just as I was agreeing the lease, I found myself travelling over to New York to stay with Valentina for Christmas. And Val took me back to an old shop that had been one of our hangouts when I lived there five years before. I’m sure you can see (from the title) where this is going.

Revisiting John Derian’s shop was a revelation—a transformative moment, really. I stood in his beautiful East Village store and said to myself: “This is what I want to do. Enough already with the buzzer and the scary antique shop look. I want to open a shop where everyone is welcome and it’s packed full of stuff which is the most beautiful stuff I can find”.

I came back, hooked. Bridie was an old friend of mine – we started chatting and she came on board. We signed the lease and opened up, with perfect timing, in the autumn of 2008, a month after the total collapse of the world financial system.

I thought you might be amused by a snapshot of the shop on the day we opened. Rather empty looking, in retrospect. 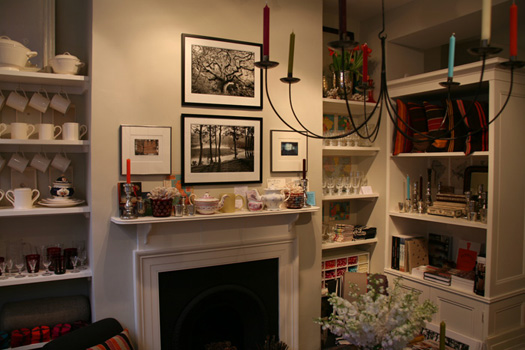 Anyway, anyway… so here’s to John Derian. I went back to his store the other day, in NYC, and it’s looking even more beautiful than ever. Of course we are lucky enough to sell many of his fine plates in the shop here in London, and the sharp-eyed will note that John Bridie & I share a few loves when it comes to stock—Astier de Villatte, of course, but you might note the odd brush and handmade Belgian chair as well…

But there’s nothing like John’s shop. Just when you think you know what you’re doing, you go and see what they are up to. It’s a marvel to see. It’s truly perfect: a treasure trove. 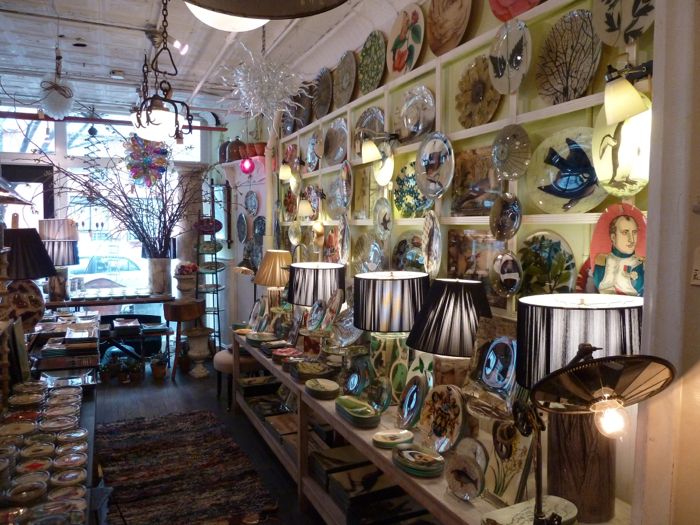 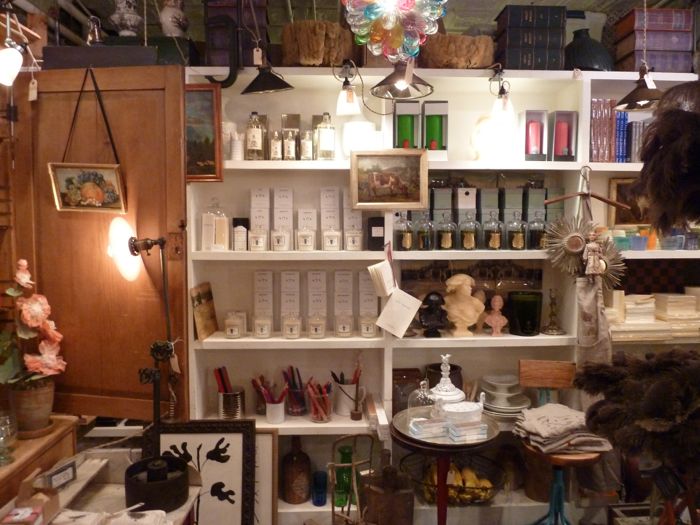 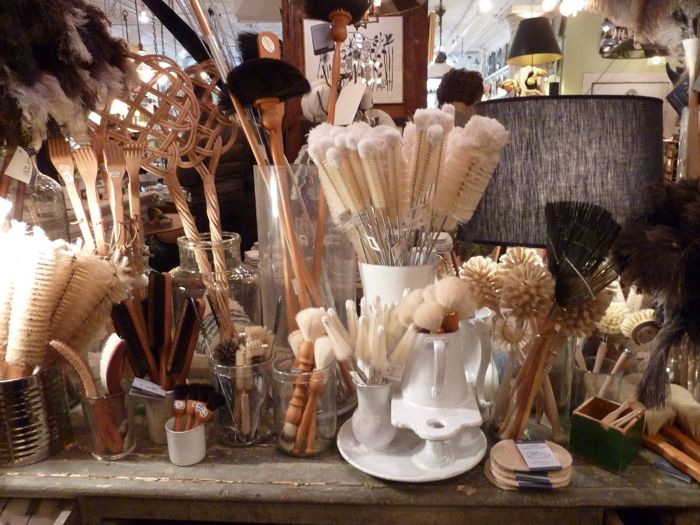 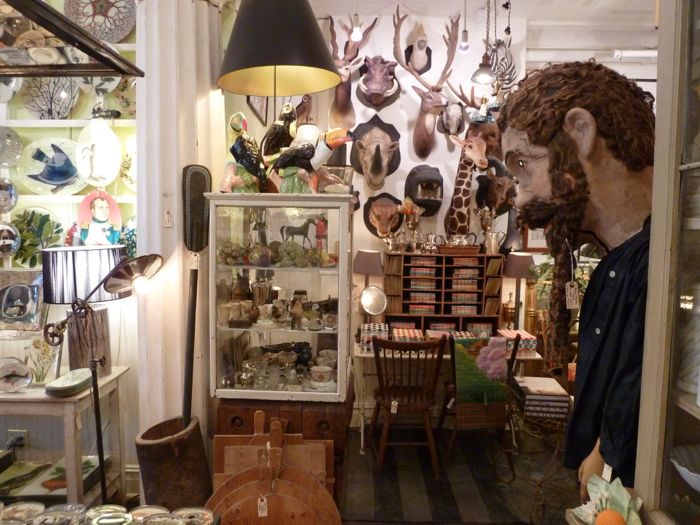 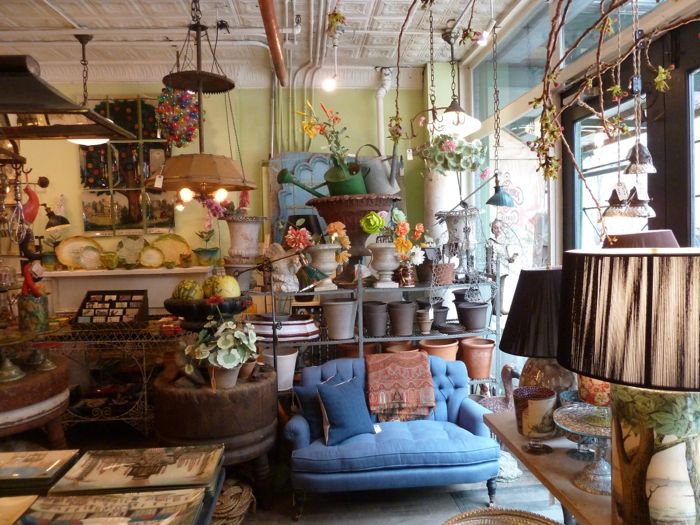 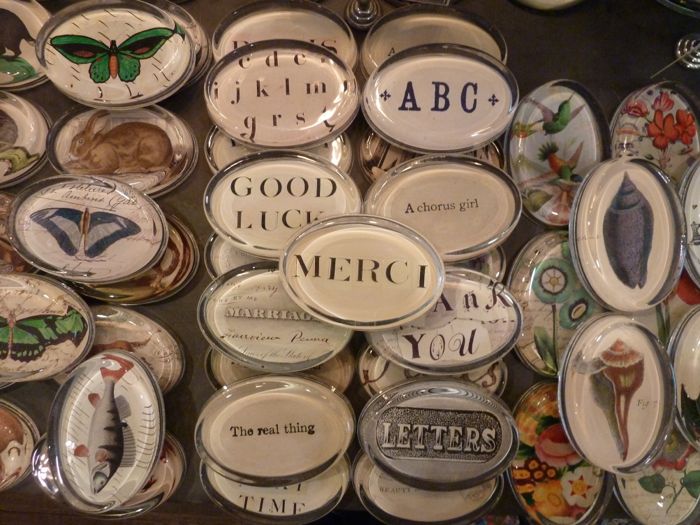 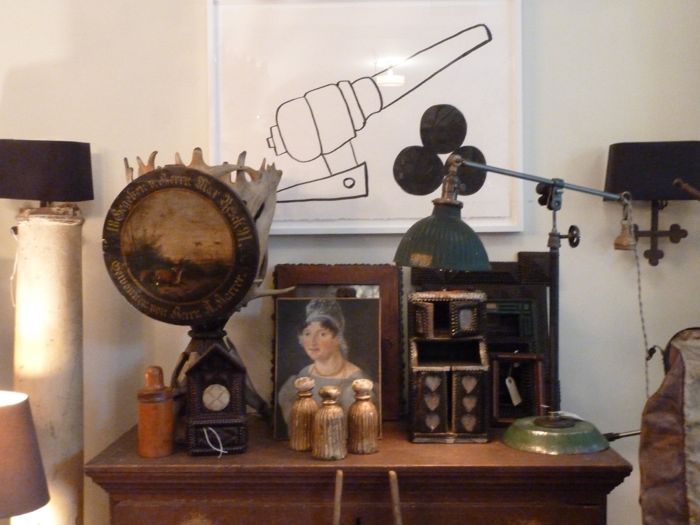 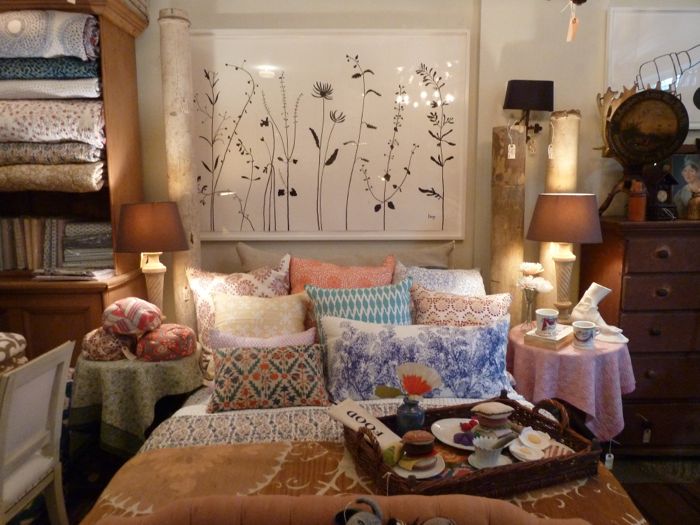 I didn’t know John at all in those days.  Now, we’ve met a couple of times at the Maison & Objet trade show in Paris – and it was great to see him in the shop on Thursday morning, and even better that he could pop along to my book party that night. Here we are (photo courtesy of my neighbour Maggie Owen, who popped along for the ride and became known as the Bentourage). Now, by the way, that’s a Bahamian tan, not a spray tan, folks: 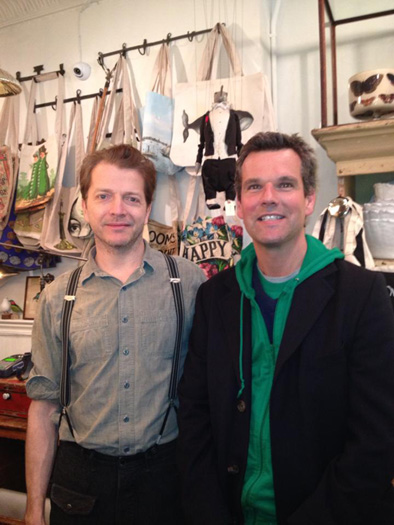 Well, anyway. Derian is just the best. And the best is about to get even better. John’s opening a third shop in the middle storefront, currently under scaffold. Woohoo! 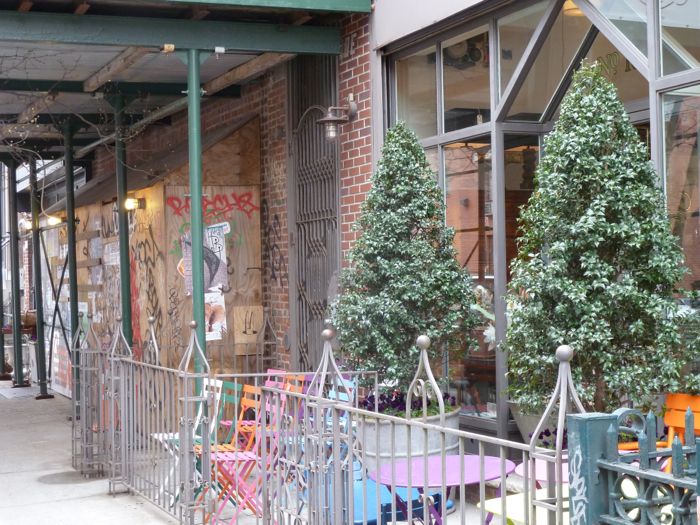 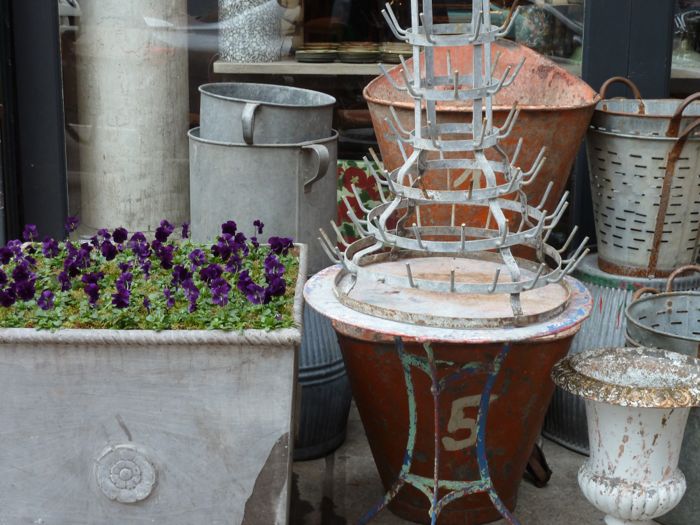 Hmmmm. Where is our giant zinc planter full of beautiful violas and moss, I wonder?! Well exactly. To see the master at work: get down to East 2nd Street as soon as you can.

The irony was, to revert to the tale that opened this story, that a few months after opening up, we realised that things weren’t quite working out with the office annexe. No-one really wanted to be there very much, feeling as they did a little isolated and a bit cut off. So we re-arranged the desks in the office and made more space up there. By which time – I’d opened a shop that I never planned to. So the shop doubled in size after 3 months.

And that’s the story of how we began. I guess you could call it an accident waiting to happen.