It was a grey weekend in Dorset. I returned to London this morning. Standing on the platform at Dorchester South at ten to seven (not nice), I did think to myself it’s a very good thing the clocks had changed – the gloom was deep still and it would have been rather unimaginable for it to have been that dark at ten to eight… Hello Autumn, hello winter.

A still mist hung across the valley yesterday. For most of the day, I couldn’t see the trees on the other side. From time to time they would reveal themselves, and then drift back into invisibility. The copper beech tree outside my bedroom window has lost most of its leaves and those that remain form a camouflage patchwork with the lichen-green and damp black bark. The vegetable garden is winding to a close—leeks and winter brassicas, and a few lingering courgette plants that will be over at the first frosts.

A year ago yesterday, my great friend Catriona Jardine Brown died after a long struggle with cancer. In thinking so much of Cat, as I was all day, the grey soft stillness perfectly matched my frame of mind. 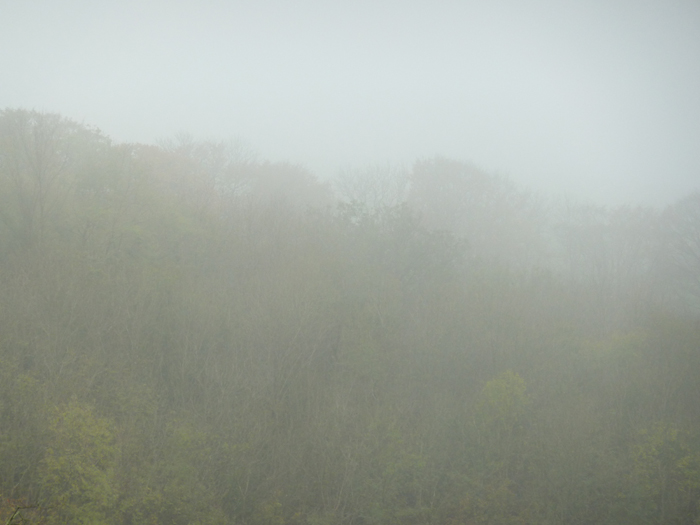 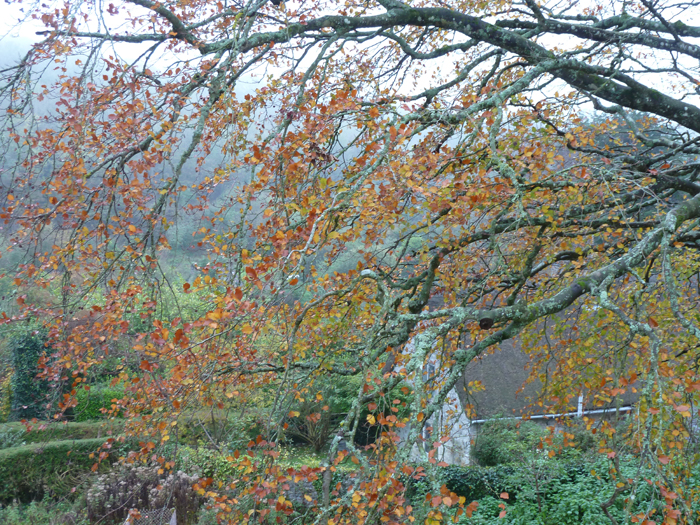 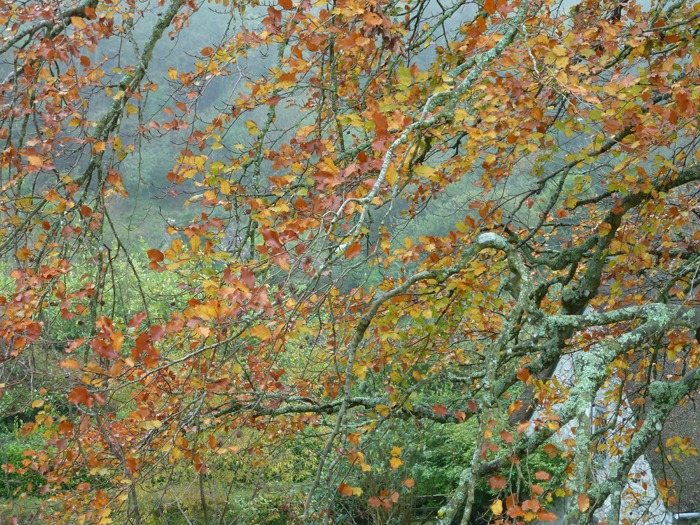 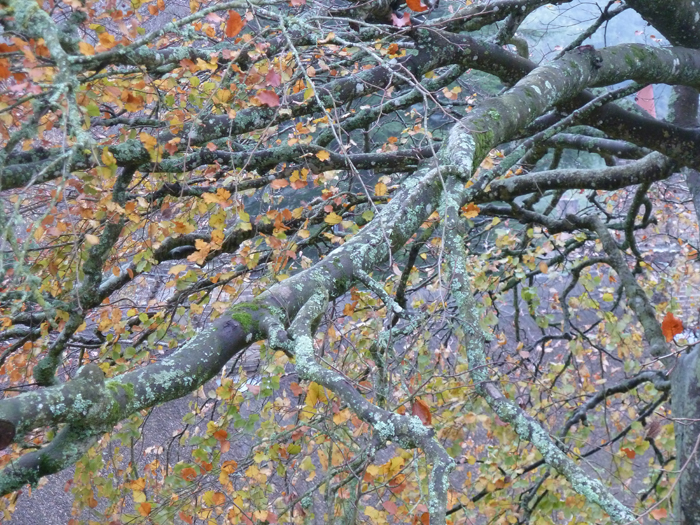 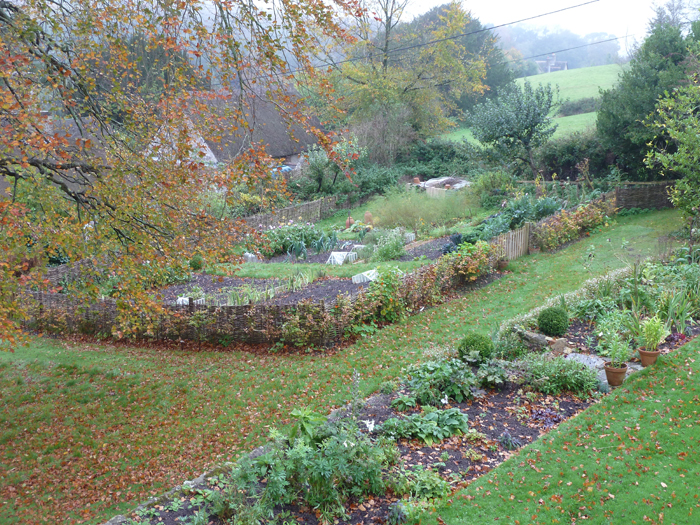 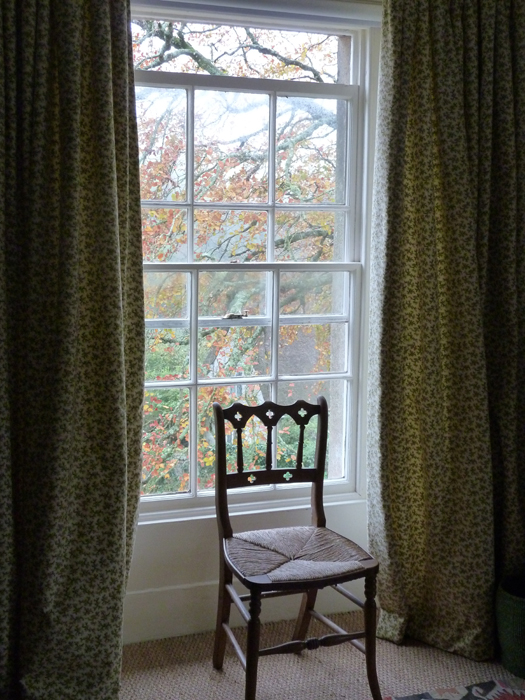