If The Prince of Wales had happened to find himself strolling across Waterloo Bridge yesterday morning, at about 6.15, I think he might have been quite happy.  By a bizarre coincidence of clouds, mist and proximity, the only building visible on the skyline of London was St. Paul’s Cathedral. The City towers were completely hidden in cloud.  Canary Wharf… Invisible.  Turning west, the Houses of Parliament were swathed in blue grey mist.

By contrast you can see what London looks like on a normal sunrise.

Whatever the weather, I’ve come to love this view over the years that I’ve lived here. I like to go for a run down on the river most mornings. But I must admit I haven’t spotted Prince Charles yet. 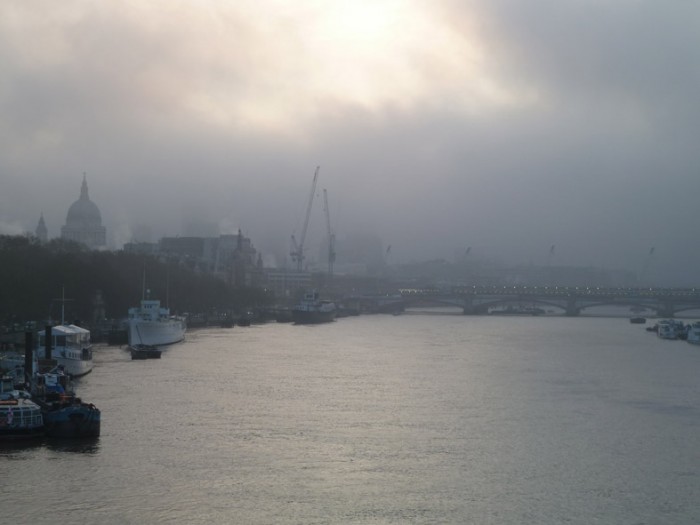 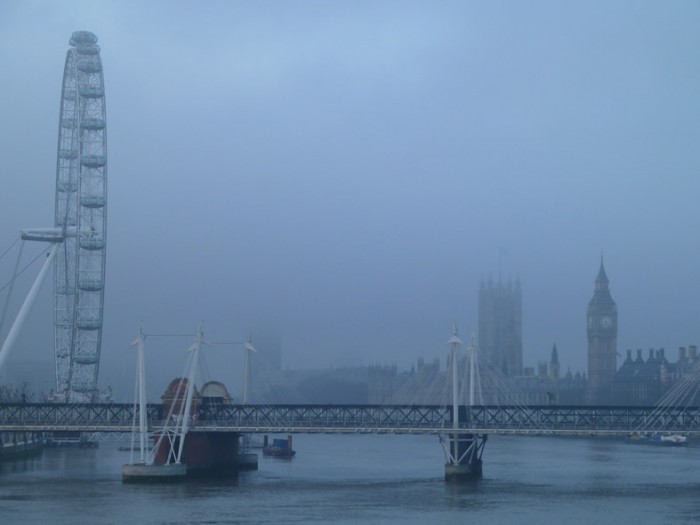 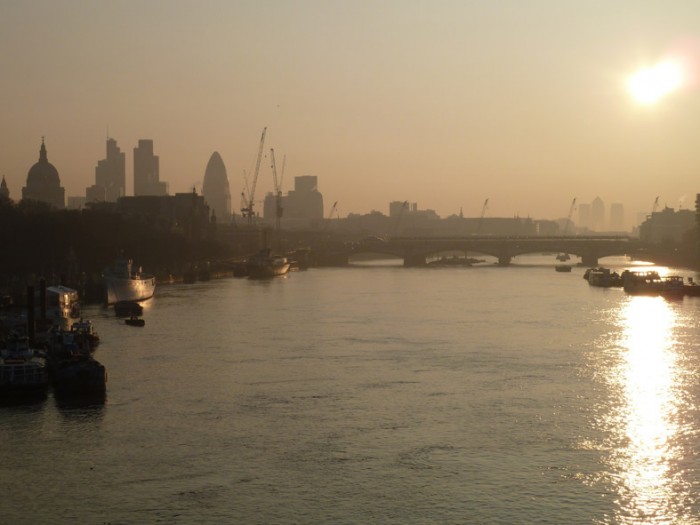