I’m about to go a very long way and I’m getting so excited I can’t tell you. Charlie’s been home in New Zealand for a few weeks now. As I think I wrote previously, he had been invited for two weddings of close friends, seven weeks apart from one another.  So he’s been there for a month and on Thursday I’m heading out to join him.  At first, time moved very slowly. Now it’s rushing by to the minute I’ll be jumping on the plane.

What is so strange, after our wonderful, whirlwind relationship, is that it is only now that I’m about to meet all my new relatives on the other side of the world. I’m getting the feeling my right hand is going to be rather crushed in three week’s time.  I somehow suspect that the New Zealand farmers are going to have rather firm handshakes.  And I’m going to be shaking a lot of hands.

I’ve been thinking a little bit just recently about how many people must have made the journey to New Zealand, in the 19th and early 20th centuries, knowing that they would never again see the home they left. The Pentreaths made a great exodus to Australia about that time. In fact my own dad grew up for the first ten years of his life in Australia, making the perilous journey back to England in the closing months of the Second World War.

I’ll confess, until I met Charlie, it always seemed a bit far to go. And now, of course, it’s going to become part of my home too. And it doesn’t seem so far at all.

We’ve been talking every day. One of the nicest things of all about New Zealand is that it has a 13 hour time difference to London. I know that sounds strange but when I’m just getting ready to go to bed, Charlie’s just getting ready to get up, and vice versa. At the beginning and at the end of the day, it’s an ideal time for a chat.

But this week, tensions were running a trifle high. I could tell.  Charlie would say things like ‘okay, B, i’m going to let you go now….’ a lot more, and a lot more quickly, than usual.  But as it happens, there was no time to be wasted. It was the Mayfield A&P.

The Mayfield A&P, for the uninitiated, is the Mayfield Agricultural and Pastoral show, held annually in the tiny village of Mayfield, south of Christchurch, where the McCormick clan lives and farms.  This year was the 90th year of the show, held on Saturday. Amazingly, Charlie’s grandfather Hamish has been to every single one.

Charlie meanwhile had decided to enter 40 categories ranging from Floral Art to Baking. He had a lot on his plate, literally.

Here is Hamish, photographed by Charlie. I love this photo. 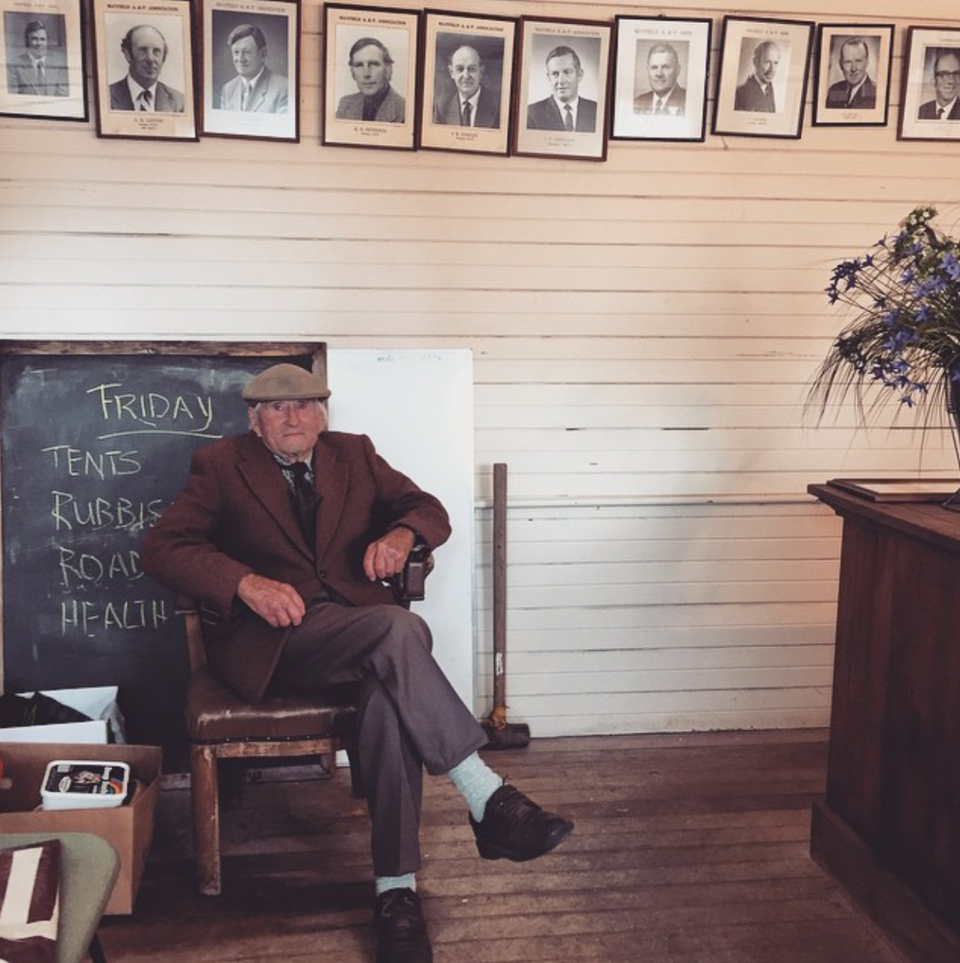 And some scenes from the Parade which Charlie was sending me: 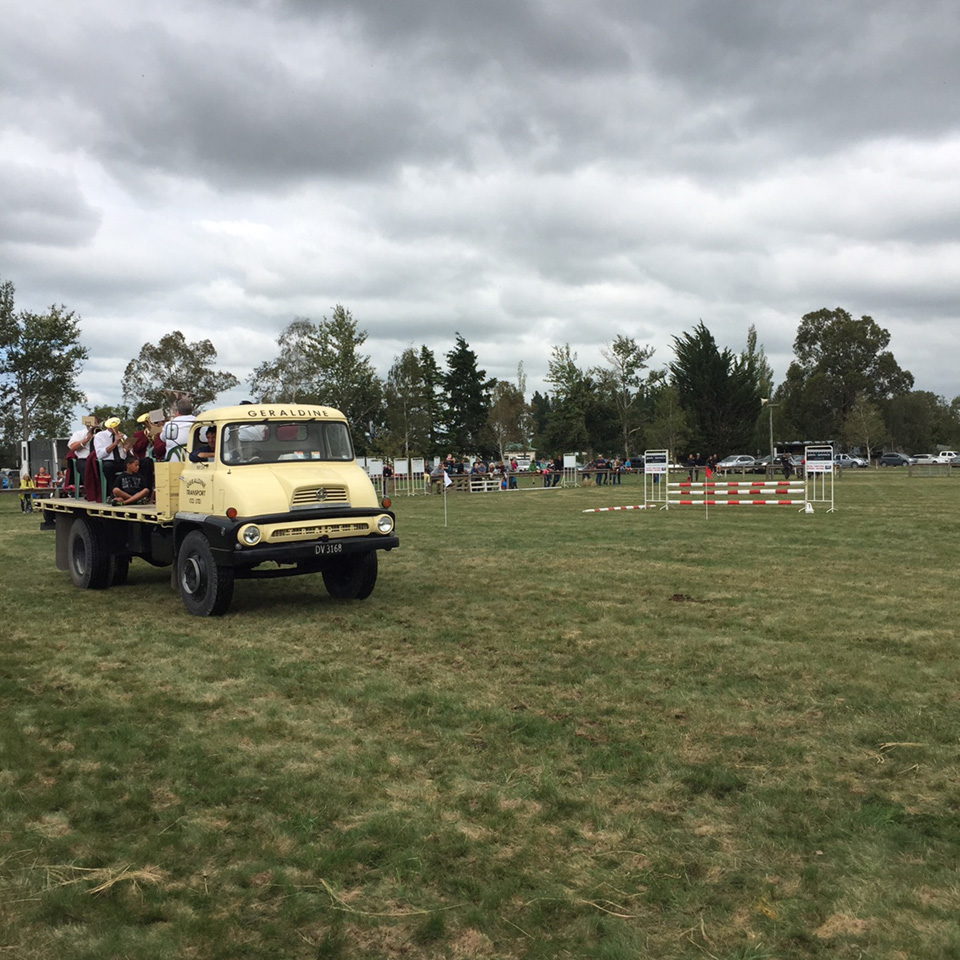 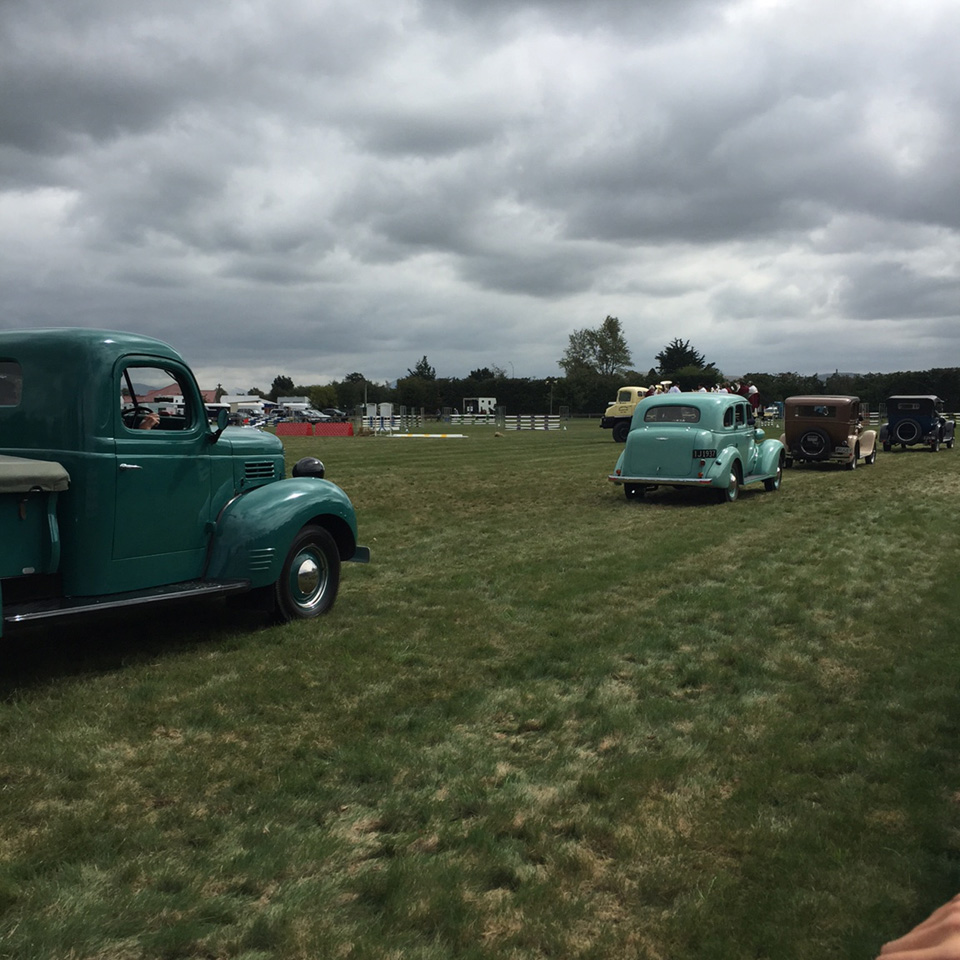 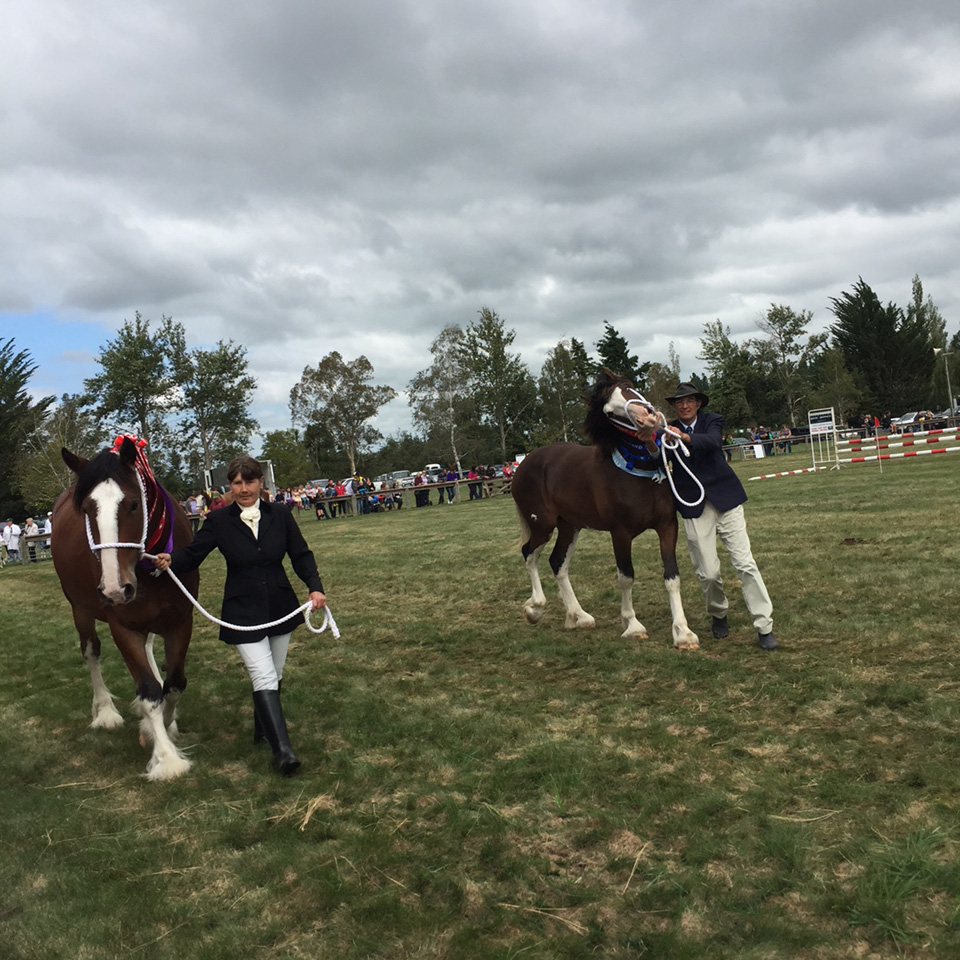 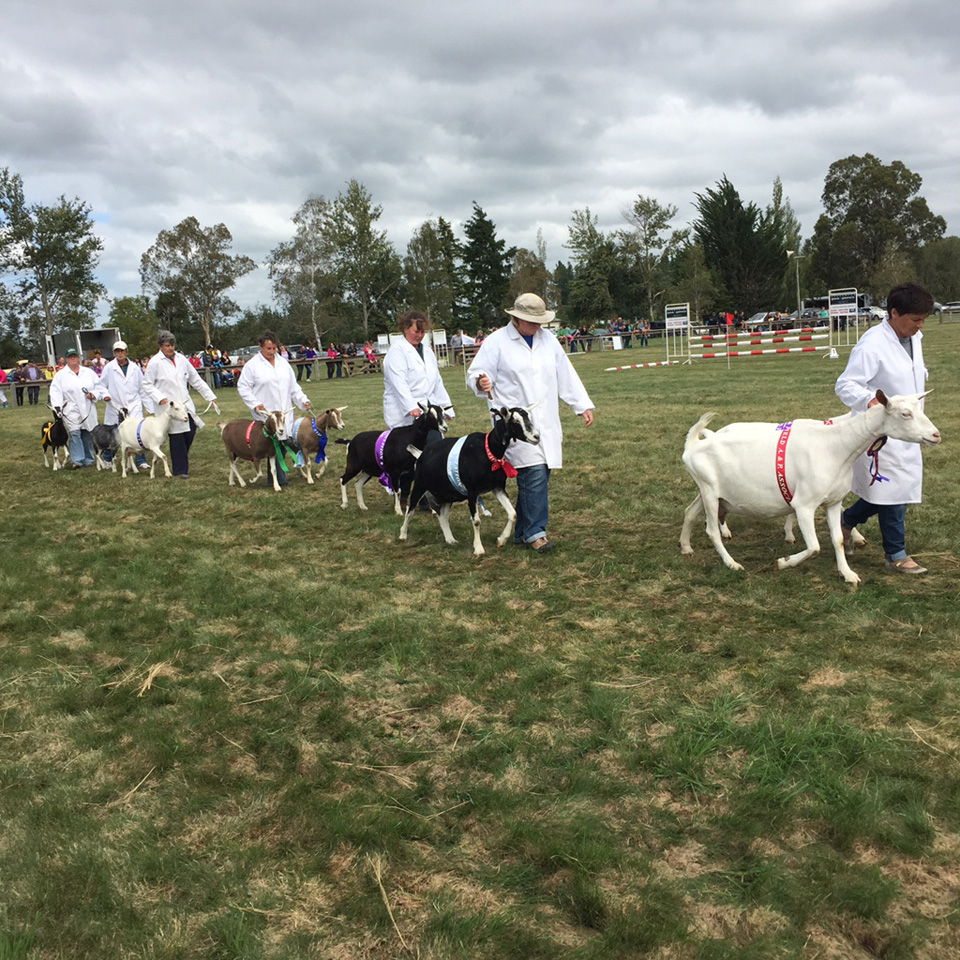 The action, though, is really all happening in the Produce Shed: 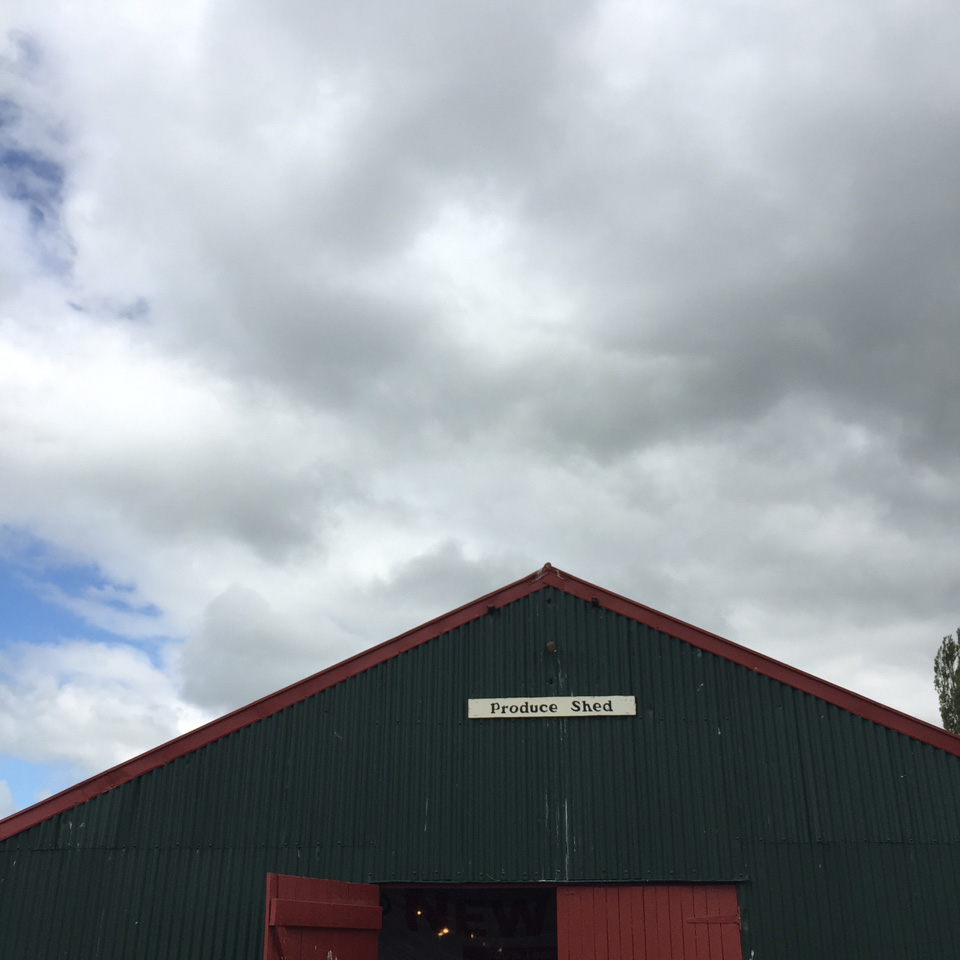 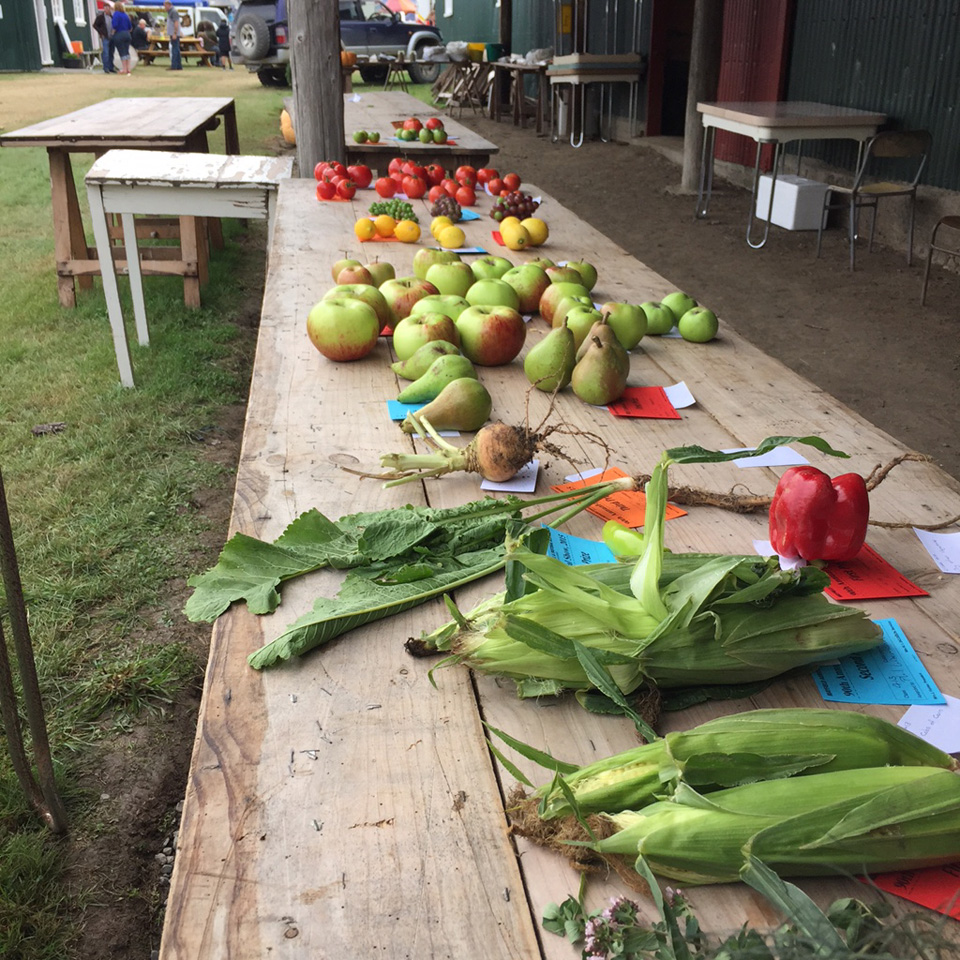 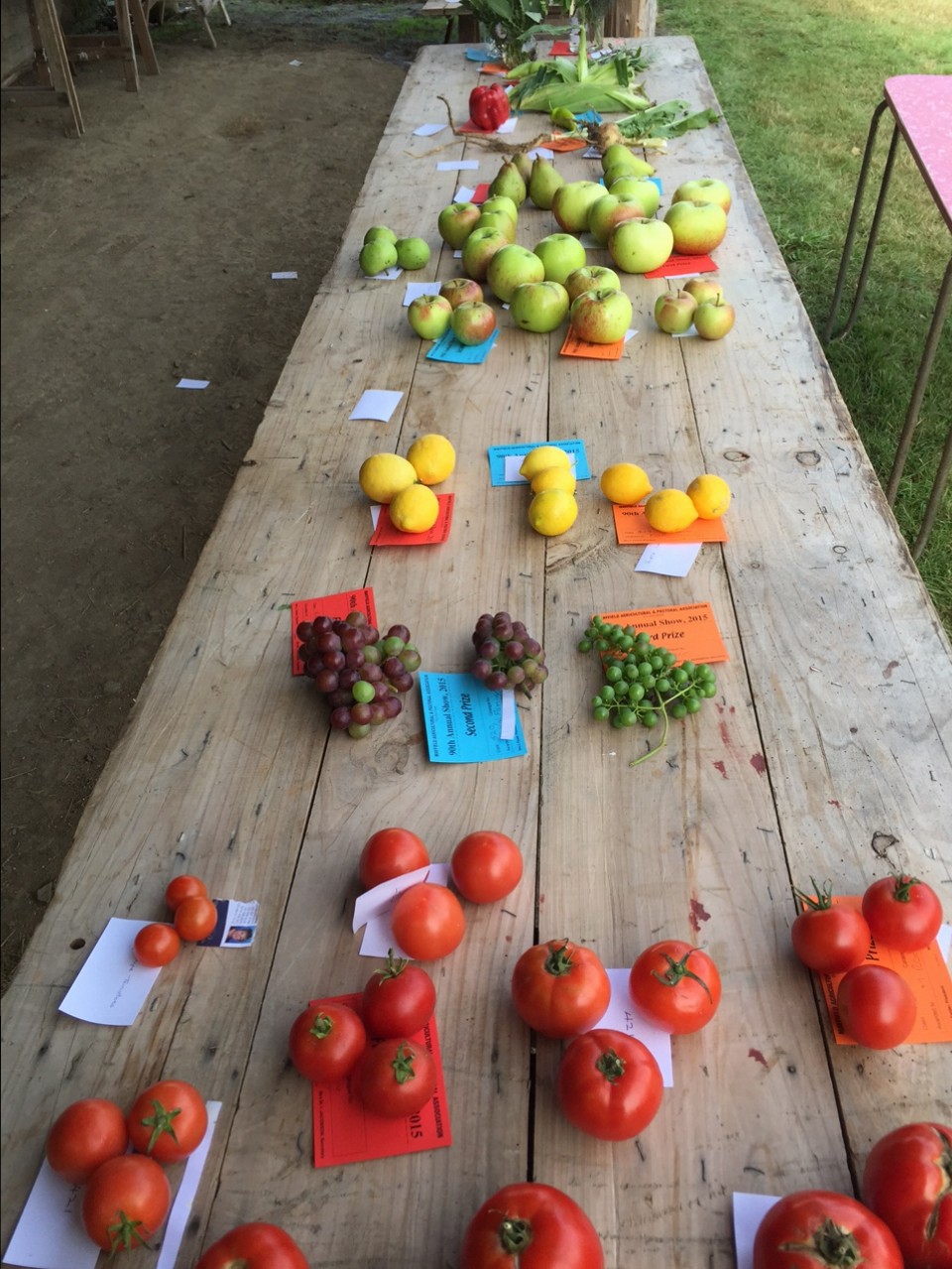 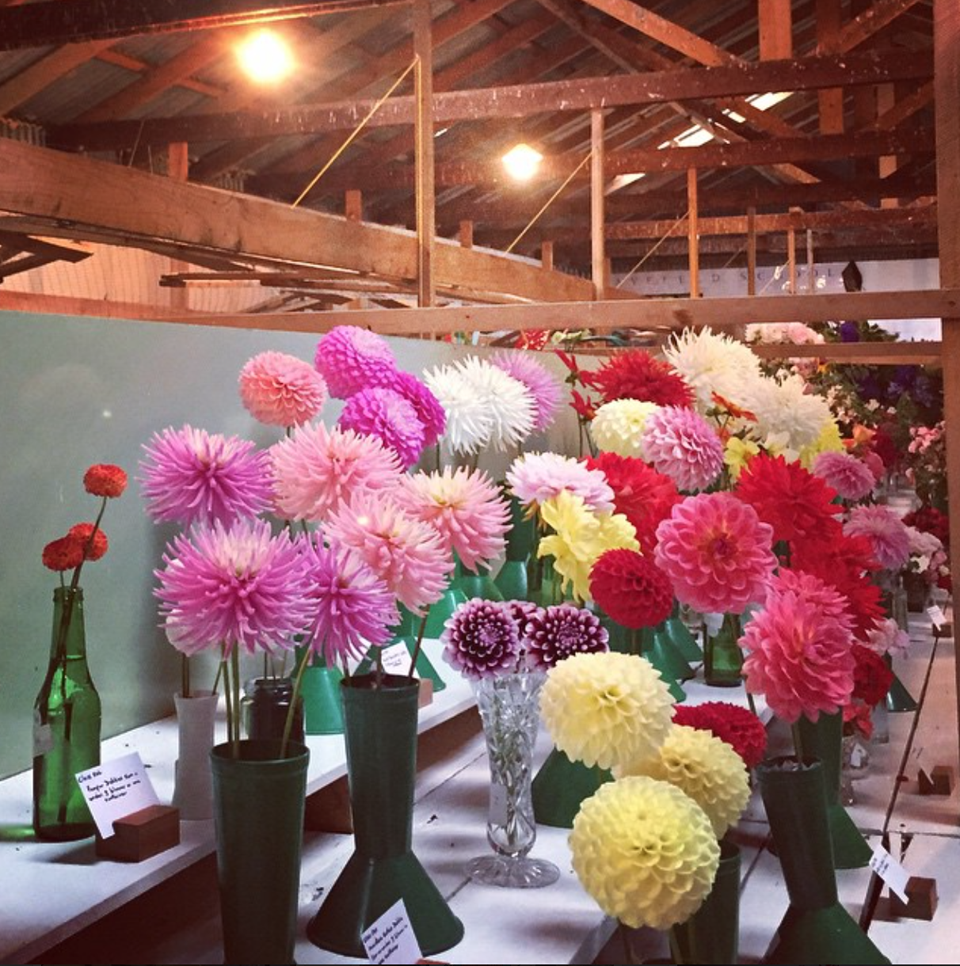 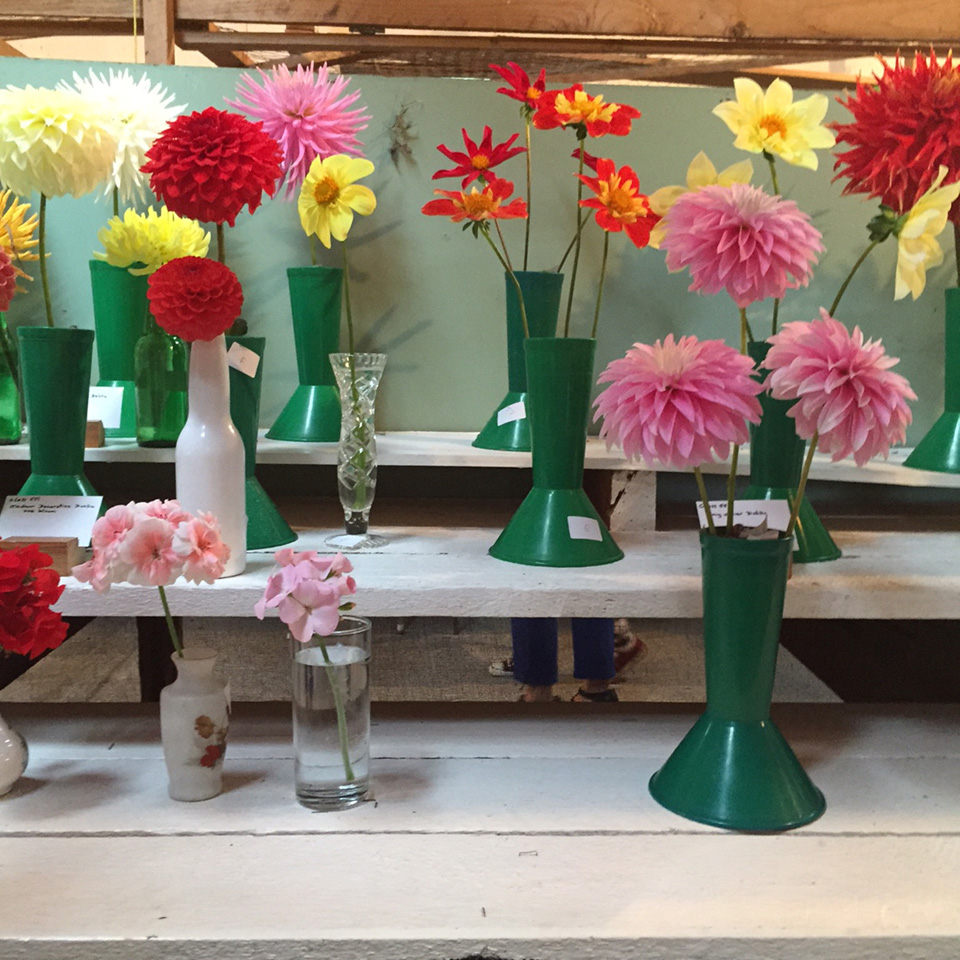 There were 219 entries in the baking category: 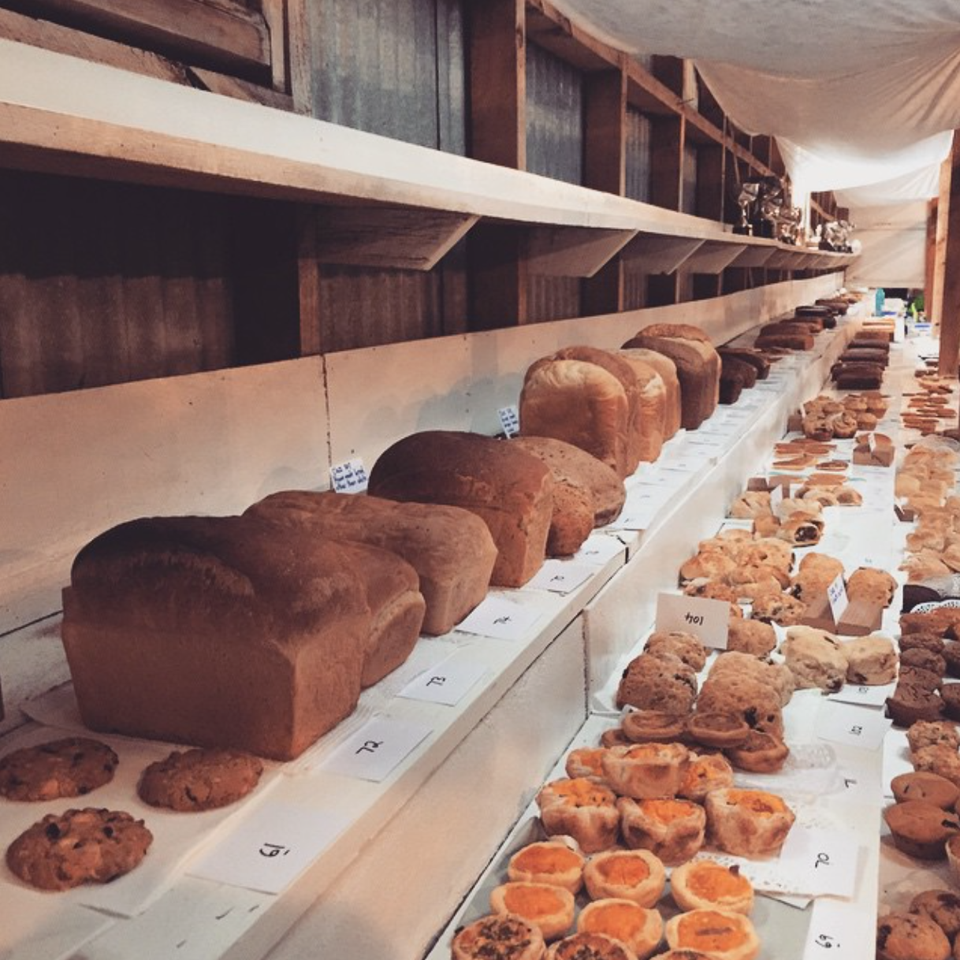 This is a photograph not of one of Charlie’s actual submissions but a flower arrangement he made as part of his talk to the local flower arranging society earlier in the week. It is included here for dramatic effect. 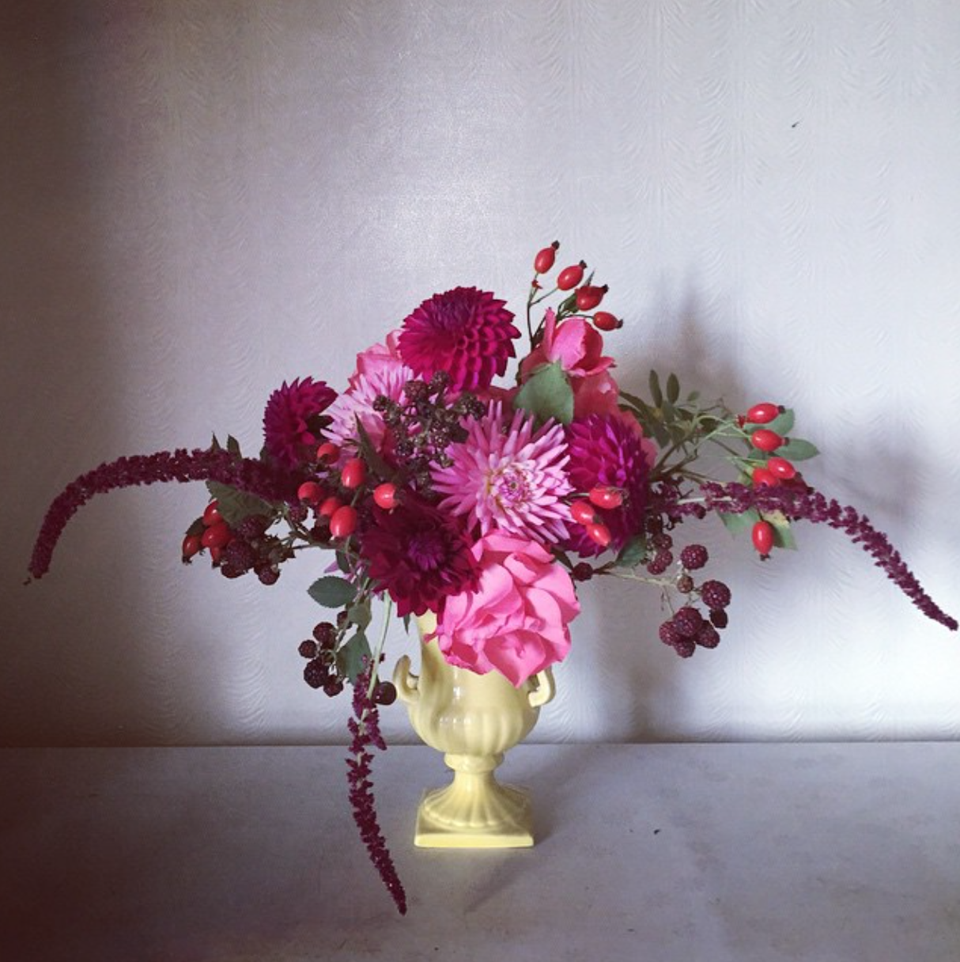 And then, what we’ve all been waiting for: 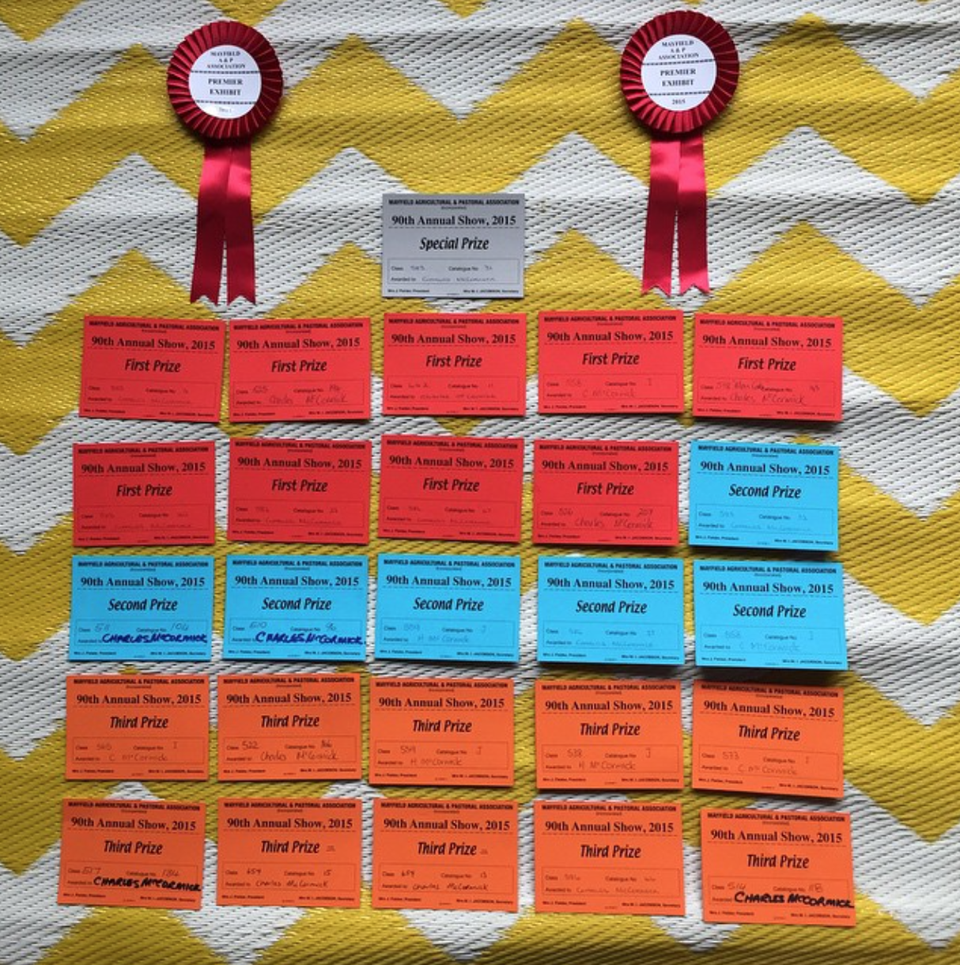 It turns out that Charlie not only won prizes in twenty five categories, including the hotly-contested Chocolate Cake entry, but that the aforementioned cake, and one of his flower arrangements, were each the “PREMIER EXHIBIT” in their class.  Of 219 baking entries, Charlie’s cake was deemed the best. I think this is a fact that everyone in the office over here in London will find easy to believe.

He’ll probably kill me for writing this blog but let’s all hope that I’m forgiven?

I can’t wait to arrive in Mayfield and to meet my new family.  This time next week I’ll be there, at the end of my first day in New Zealand.

Things felt very quiet in London by comparison, pottering about and getting ready.  No holiday is complete without a visit to Daunts on Marylebone High Street, 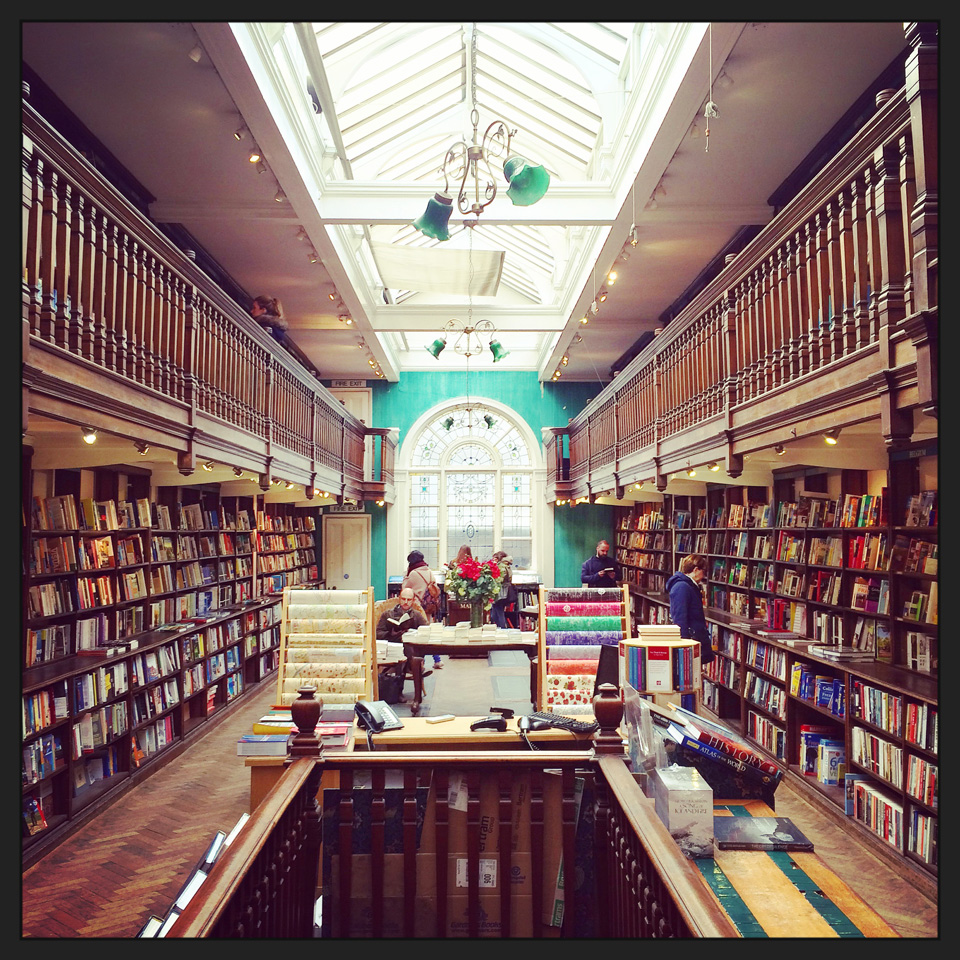 And no trip to New Zealand is complete without reading this, I think, which I found in the neatly-shelved Australasia department: 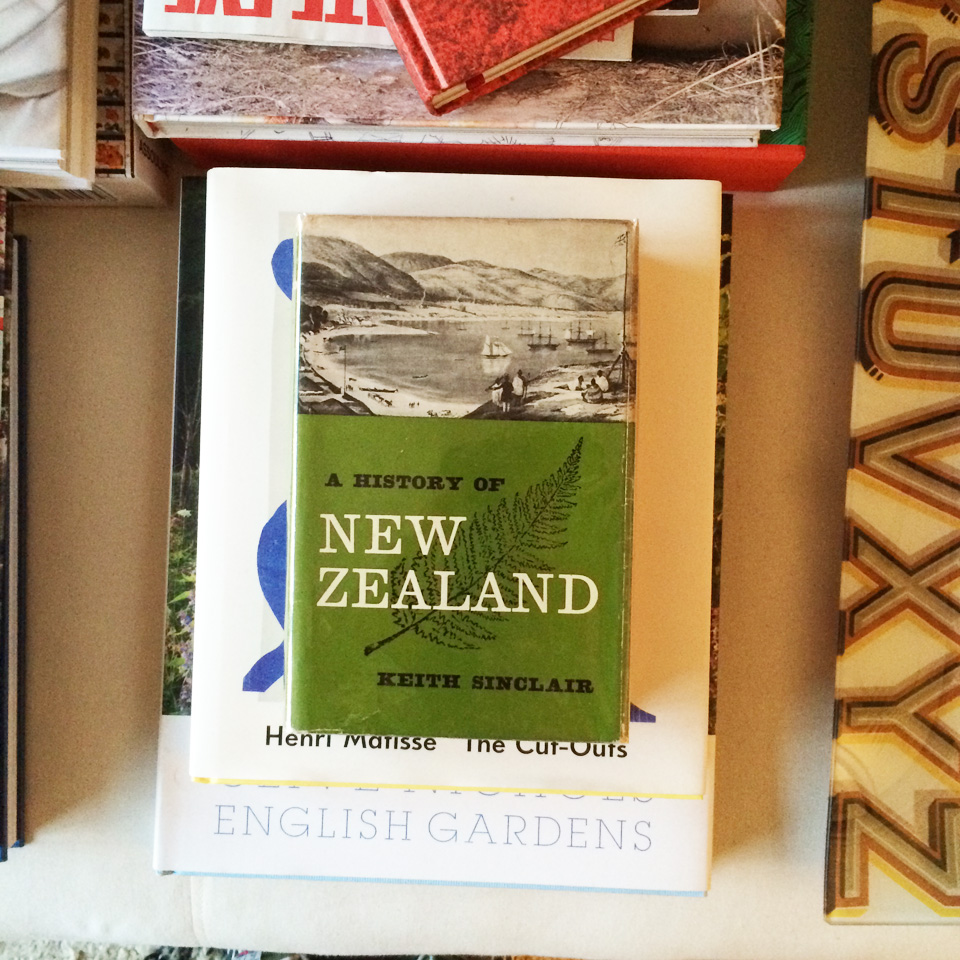 The blog may be going on a bit of a holiday I think, as well, so that we’ve got time together, and so that I’ve got time to enjoy what I’m seeing and to take it all in. Perhaps, just perhaps, I’ll get the urge to write it all down…. who knows? If not, see you in April.