I arrived home last night after 2 nights in Italy with Valentina and my friend Catherine. It was one of the happiest holidays I think I’ve ever had, and it was curiously time-morphing. It feels Iike I’ve been away for a week. Which I think is the sign of the perfect trip away. The day before I’d sort of been regretting that I didn’t just stay down in Dorset for the weekend. I’m afraid that Siena and Tuscany are a little bit more special… and a lot more relaxing. 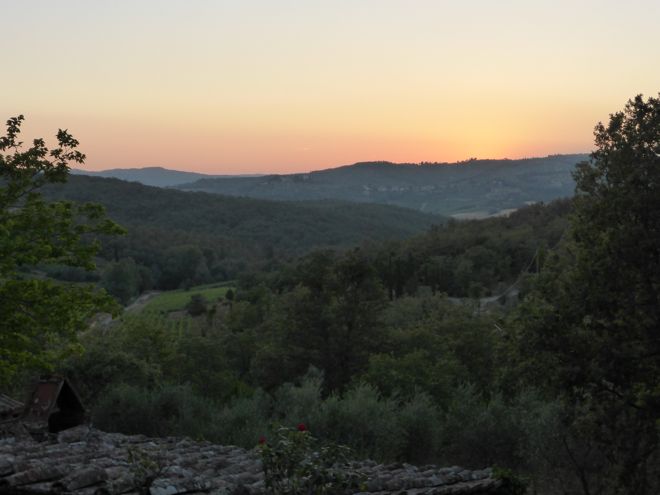 There’s nothing like a sunset from Valentina’s house. Earlier we’d popped across the valley for drinks under the fig tree at Catherine’s house. Although she was staying with Val. It’s basically the most perfect house you’ve ever seen in the world. 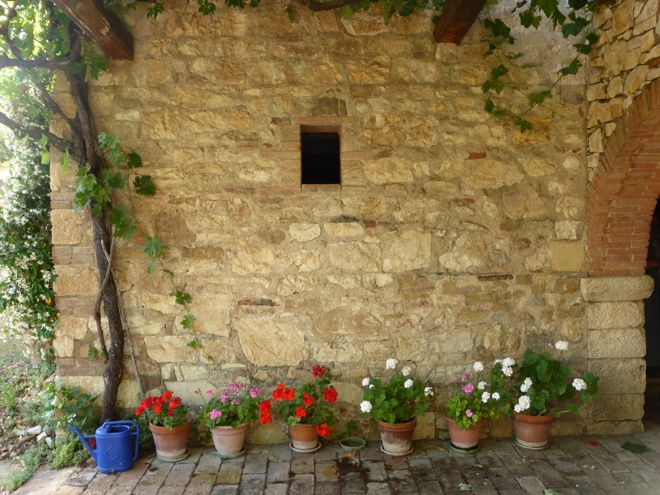 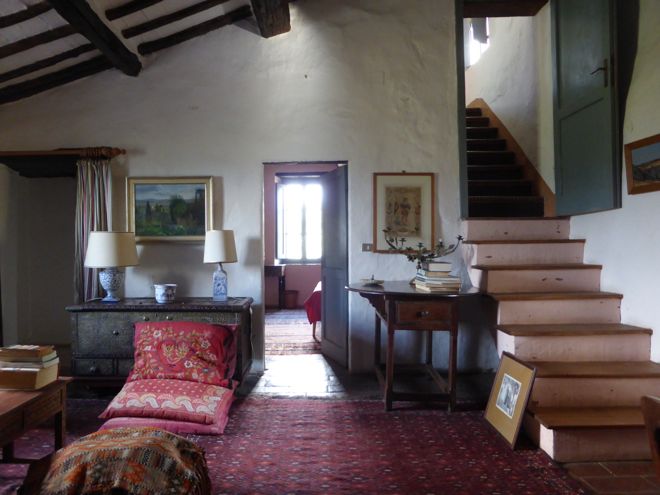 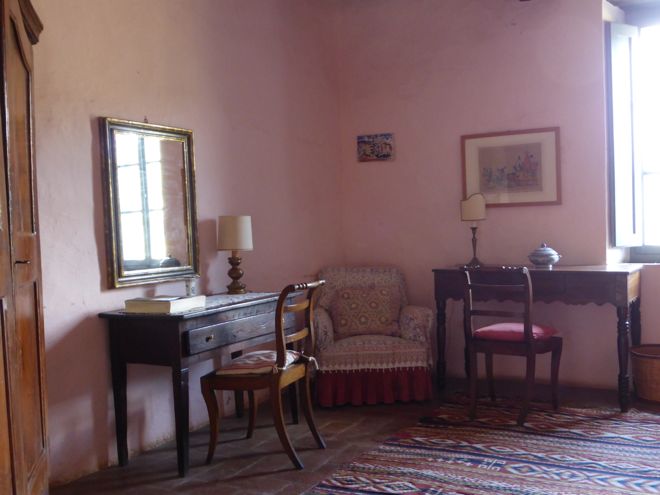 On Saturday morning, bright and early and hungover, we popped in to Siena. Siena on a Saturday morning was curiously touristy, which I suppose was to be expected but I hadn’t really thought about it. The Campo was filled with small groups of tours clustered around bored-sounding guides while the onlookers generally seemed rather hot and frustrated. It makes one wonder a little bit what it’s all about. 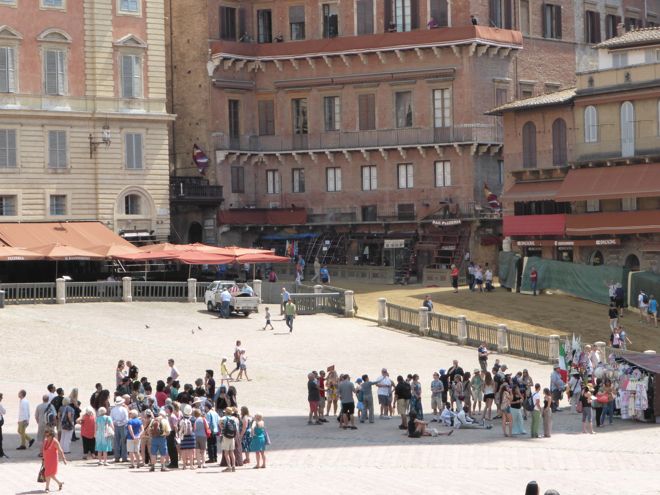 The main streets were crowded with day trippers, brought on buses from Florence. But you don’t have to look too far off the beaten track to find Siena of the small incidentals. 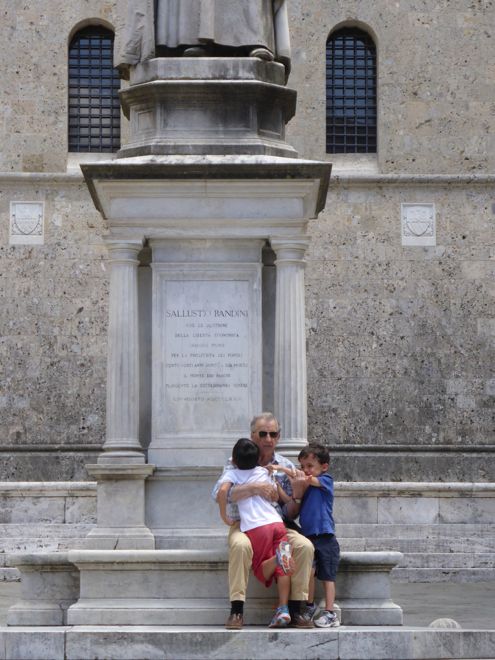 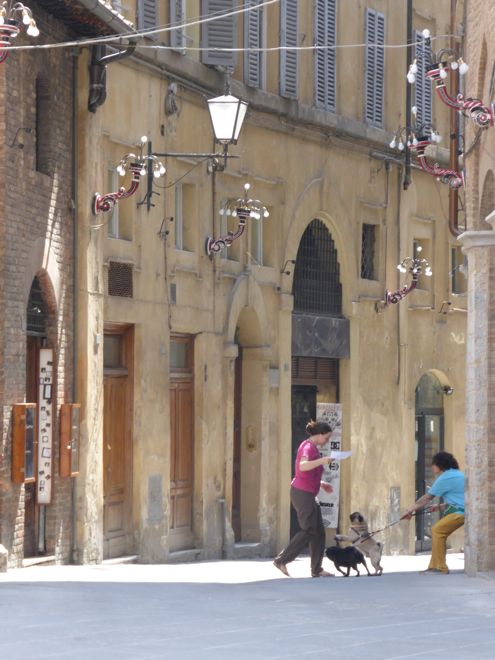 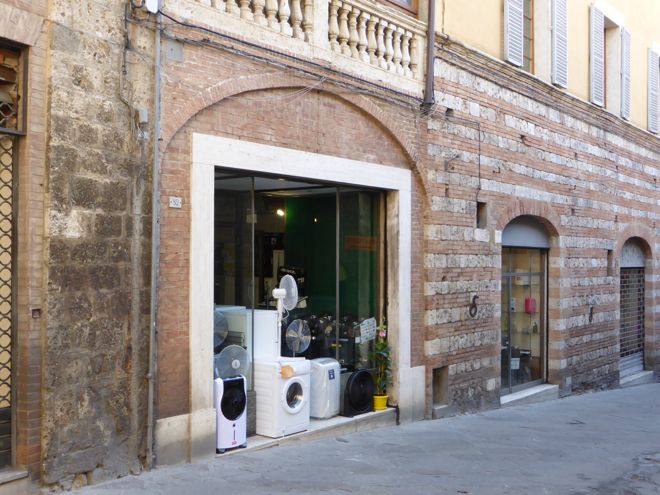 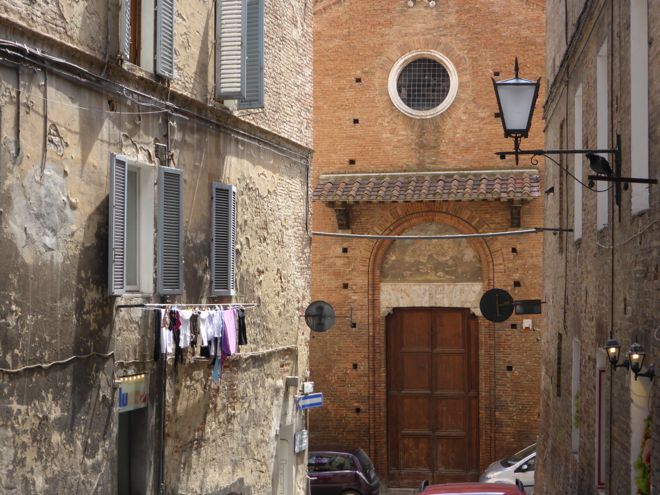 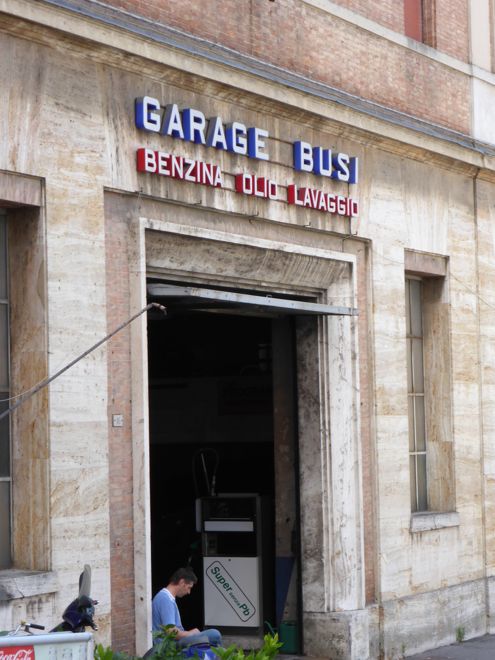 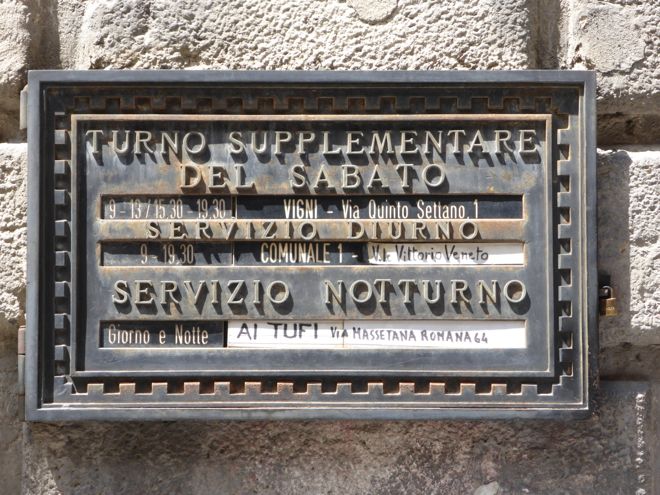 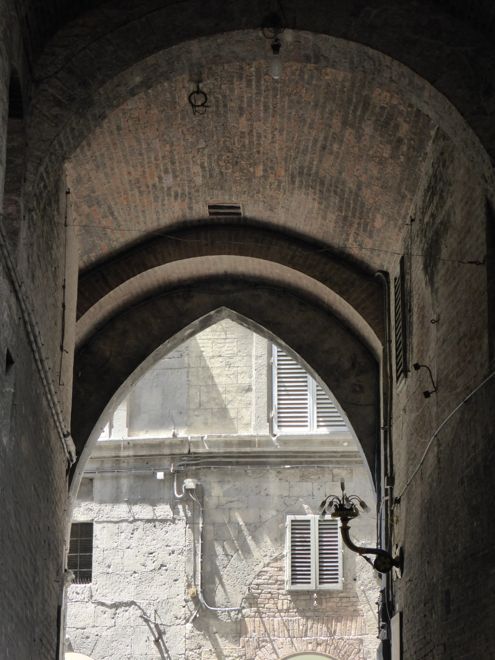 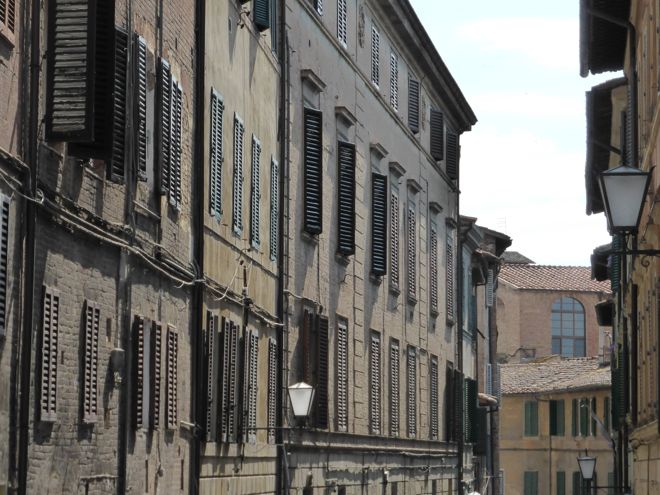 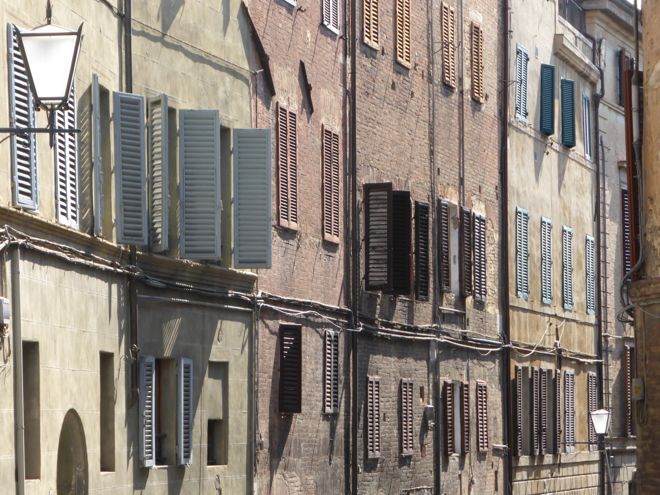 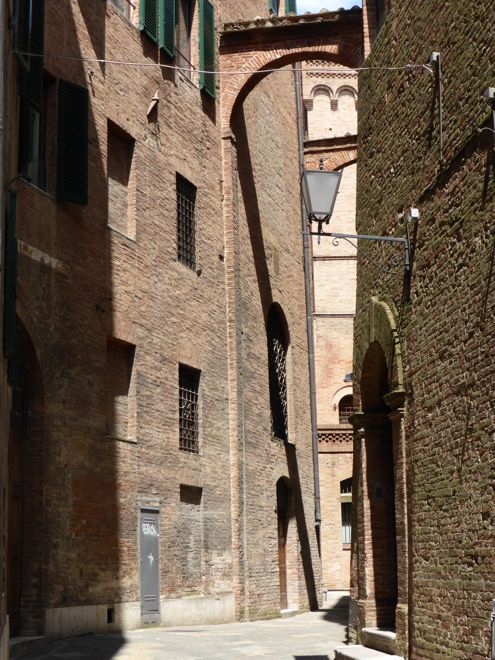 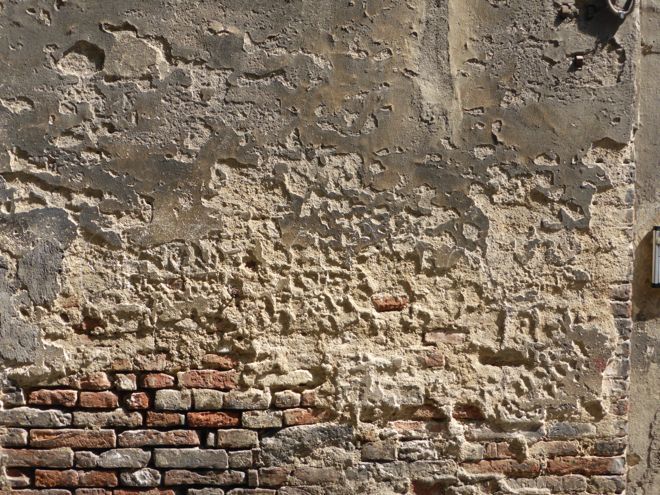 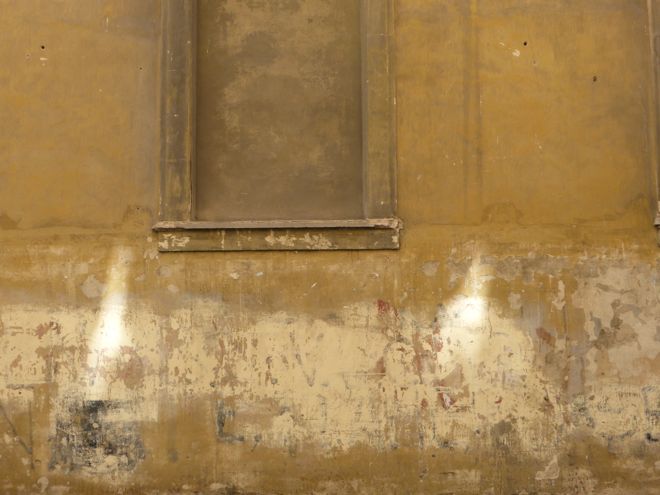 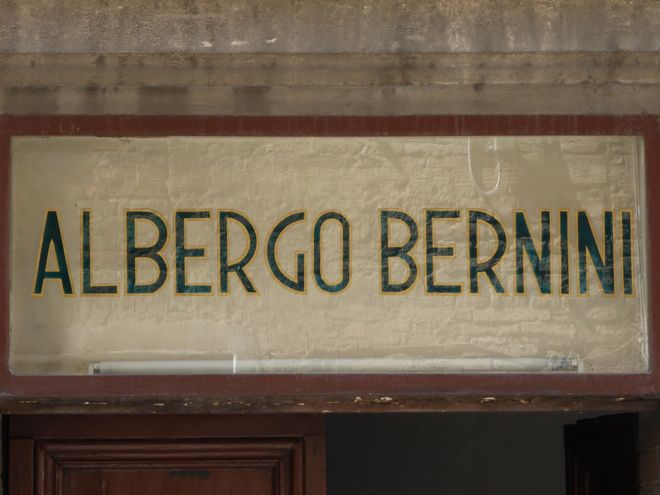 (Bridie and I are very excited. After so many months waiting our new shop sign arrives today).

Catherine is traumatised by the potential pretentiousness of studying Sienese 13th century art. But we didn’t mind at all when she took us to the Franciscan church, that I’d never been to before and showed us two beautiful frescos from the 1330s by Lorenzetti. 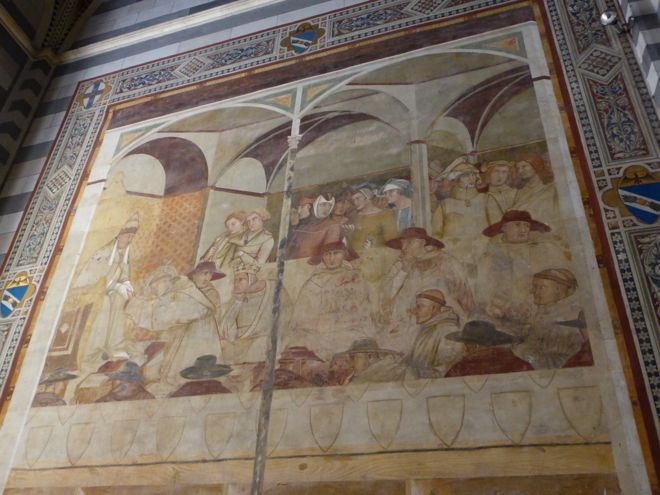 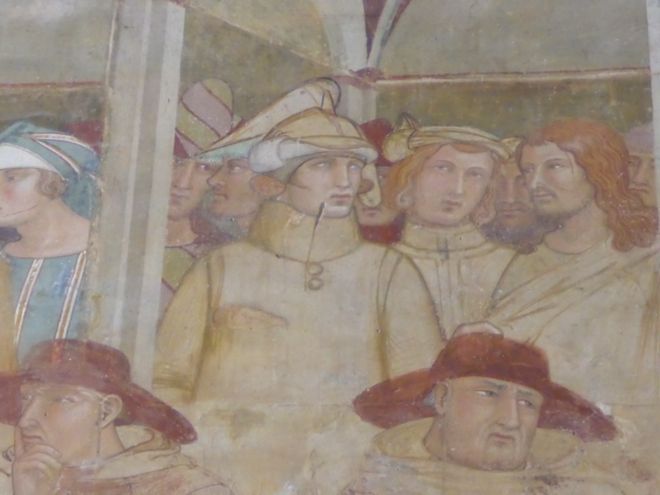 Proving that it’s been Hotter In Siena (to refer to my previous blog posts) for a very long time.

I’m not sure the architect got the memo not to make the door look like a face. This really does need to be the subject of a blog one day. 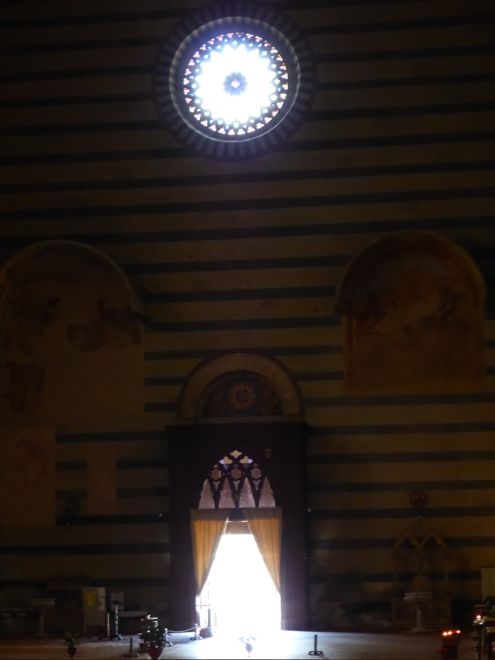 The scaffold, after what feels like a decade, is off the Duomo. And if you look carefully you’ll see that the sky in the whole of Siena was filled with swallows, which was one of the most beautiful things I’ve seen in a long time. 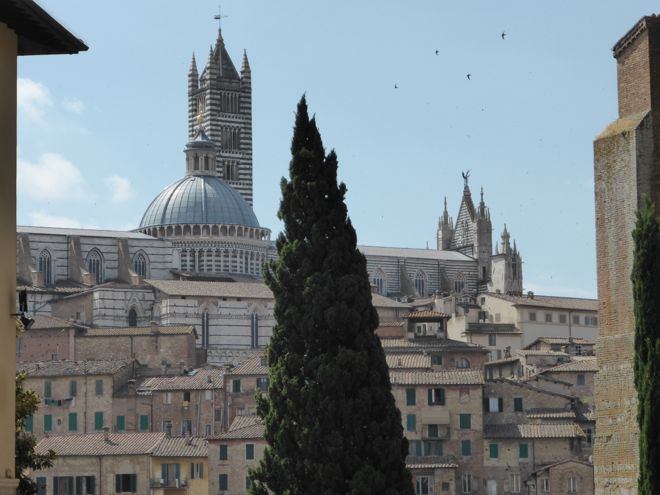 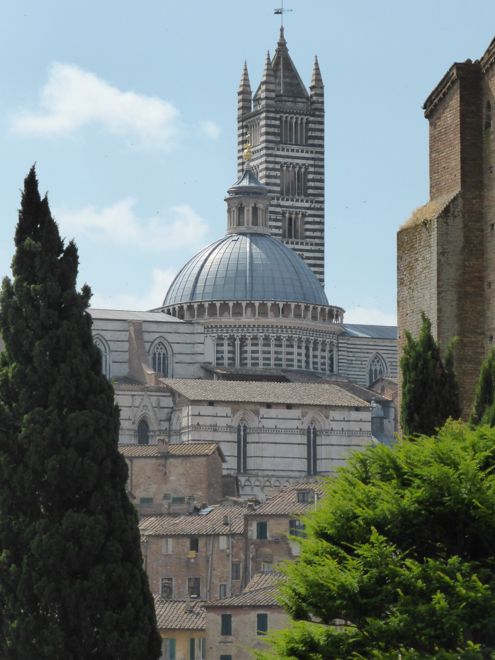 But soon it was time to escape and get back to the pool. I worked on a house which I finally found the time and space to draw, ready for a meeting this week. We ate and drank far too much and played Articulate long into the night. Fireflies glowed around the olive trees. 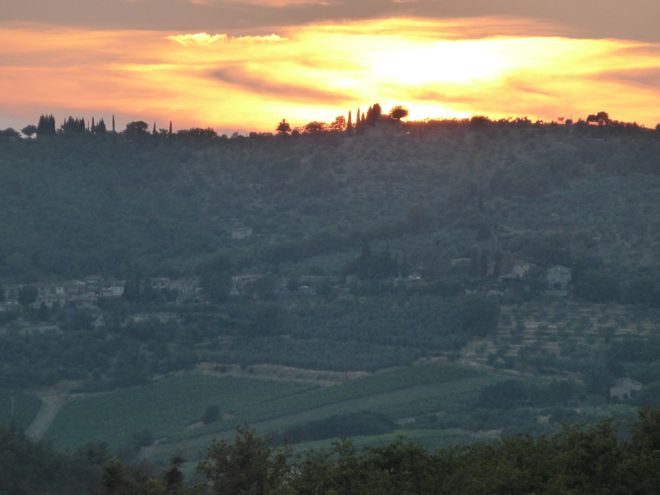 It’s amazing what taking 48 hours out of normal life can do. I guess it was truly relaxing because I’m going to a house, with friends, which I’ve been to for over a decade; nothing to think about, nothing to worry about, nothing changed. There’s something strangely powerful about that. I’m loving trips to new places at the moment (Stockholm, eat your heart out), but it’s more meaningful to have the places you always go to as well.

The flight home was extraordinary. We flew out of a thunderstorm in Florence and across the most amazing cloudscapes I think I’ve ever seen. 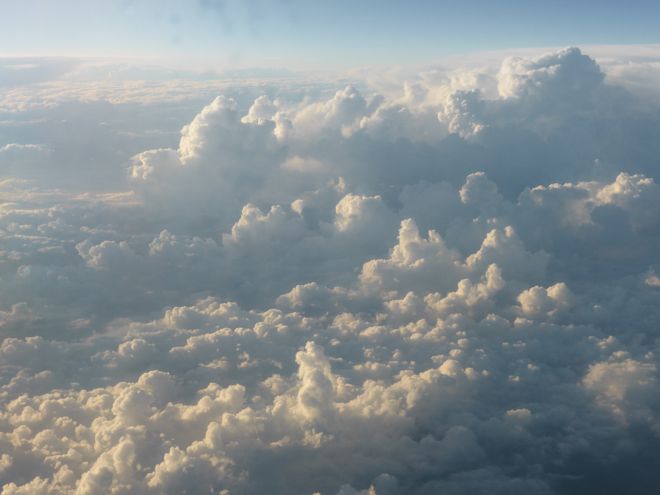 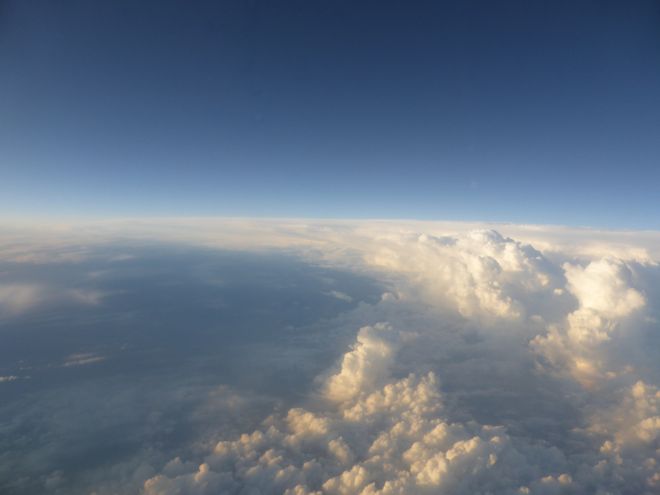 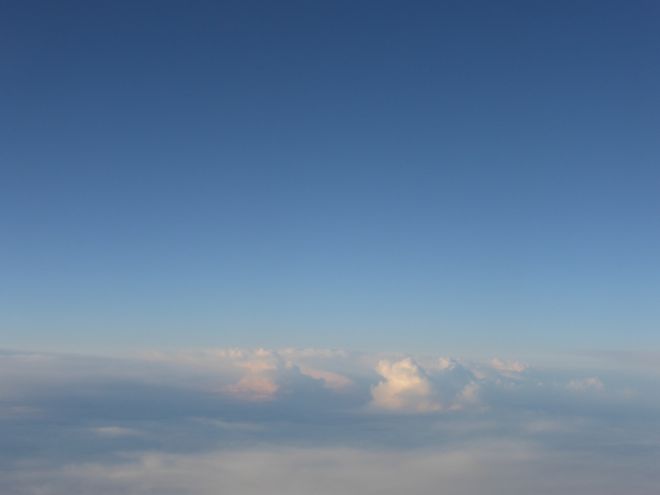 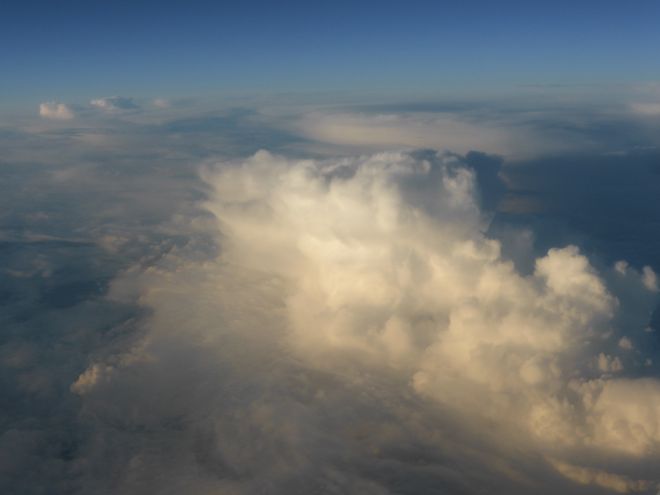 It was strangely like looking into the corner of a Renaissance painting. I wondered what those artists would have made of what we take merely for granted: getting in a plane and being home in a couple of hours… a place where travel becomes a curious brief dream.