Well, we were never going to feel very well this morning – but it was BAD.  Charlie and I went to the amazing, beautiful wedding of our friends Jasper and Oisin, which was bonkers and crazy and moving by turns (Oisin, your dad’s speech was the one that really got me). We danced and drank and ate and talked the night away. We were staying with Edward and Jane Hurst. Jane (saint Jane, for not drinking) drove us all back through narrow Dorset lanes in the dead of night and we got to bed at five in the morning.

Despite waking to this beautiful hand painted chinese wallpaper in Edward and Jane’s guest bedroom, the morning was grim. I don’t think I’ve had a hangover like this one for a while. Truly, I think, a case of you reap what you sow, and at my age with a vengeance, let’s face it. 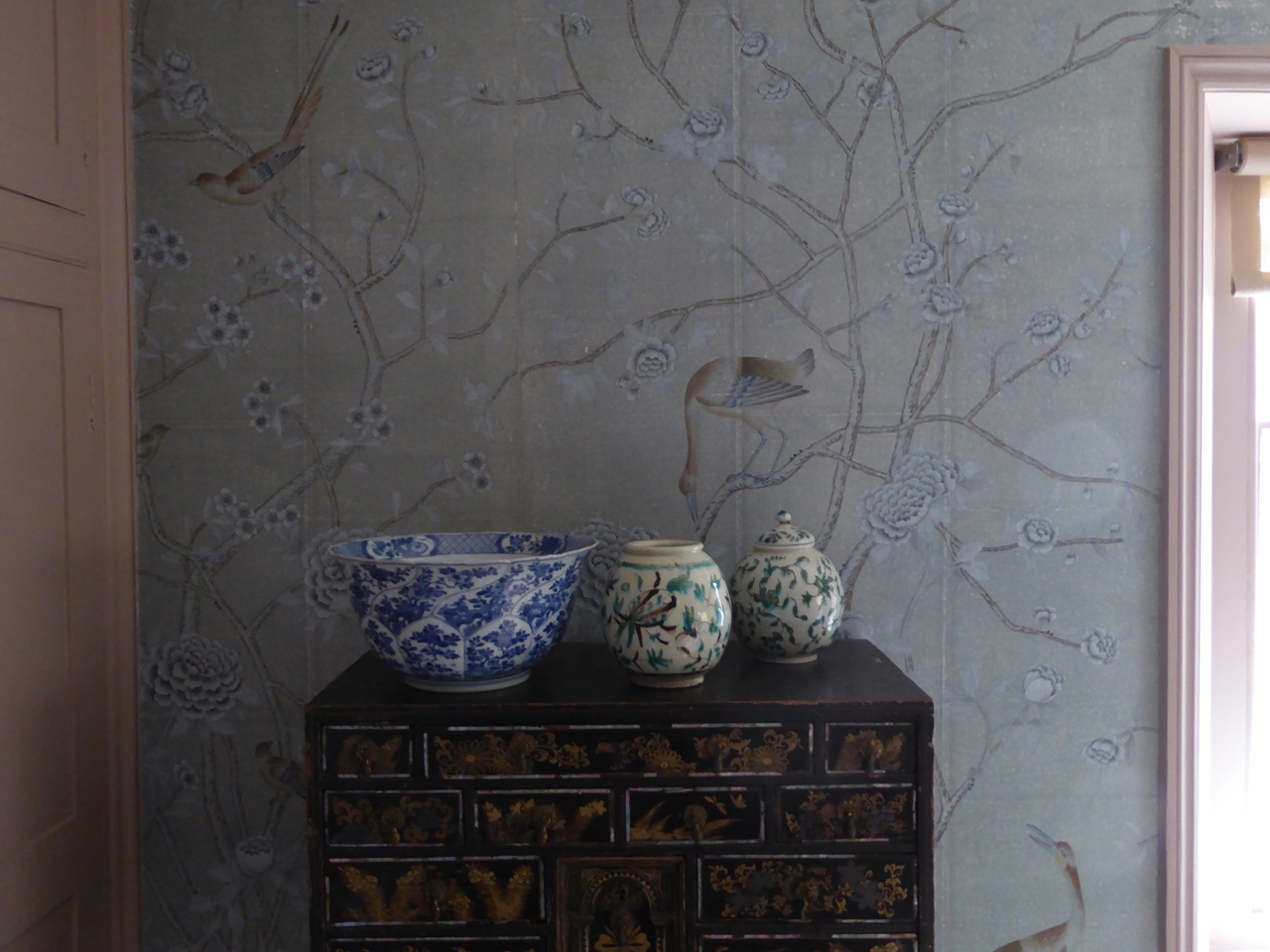 I include this little photo of a corner of Edward and Jane’s incredible house (which I have blogged about before, as you will remember), with great excitement as it will be one of the chapters in the new book I’m writing at the moment – with Ryland Peters and Small, again, as publisher, which will come out next Autumn.  The book will be called English Houses.  Watch this space (as they say). Their house really is one of the most serene of them all. It is magical – and such a treat to stay, whether one was feeling well or not.

Edward’s wonderful cooked breakfast, eaten off idyllic 19th century kitchen china, and several cups of tea and strong coffee later, we were just about recovered enough to make our way to the Pentreath family pre-Christmas lunch over in Somerset. Crikey. Talk about a bad diary collision. But we were only 40 minutes late.  As I think I might have mentioned, Charlie and I are off to New Zealand next weekend, so it was time to say good bye…   We are going via L.A., which is very exciting, as it’s a place I’ve never been and long to see. I know that probably sounds crazy but there you go.  If you’re a blog reader in L.A. and you have a good piece of advice for us I’d love to hear it!

We got home as the afternoon light was fading.  It was one of those incredibly still winter afternoons. The air is mild, though; all over the garden, seedlings are popping up, primroses are beginning to push through – and on the outskirts of Yeovil great swathes of the verges are covered in bright yellow early daffodils…. the sight of which was frankly… weird.  I’m longing for a bit of serious winter (although I can’t wait for a dose of NZ summer either).

Charles’s new flower beds look as if they have been there for ever. 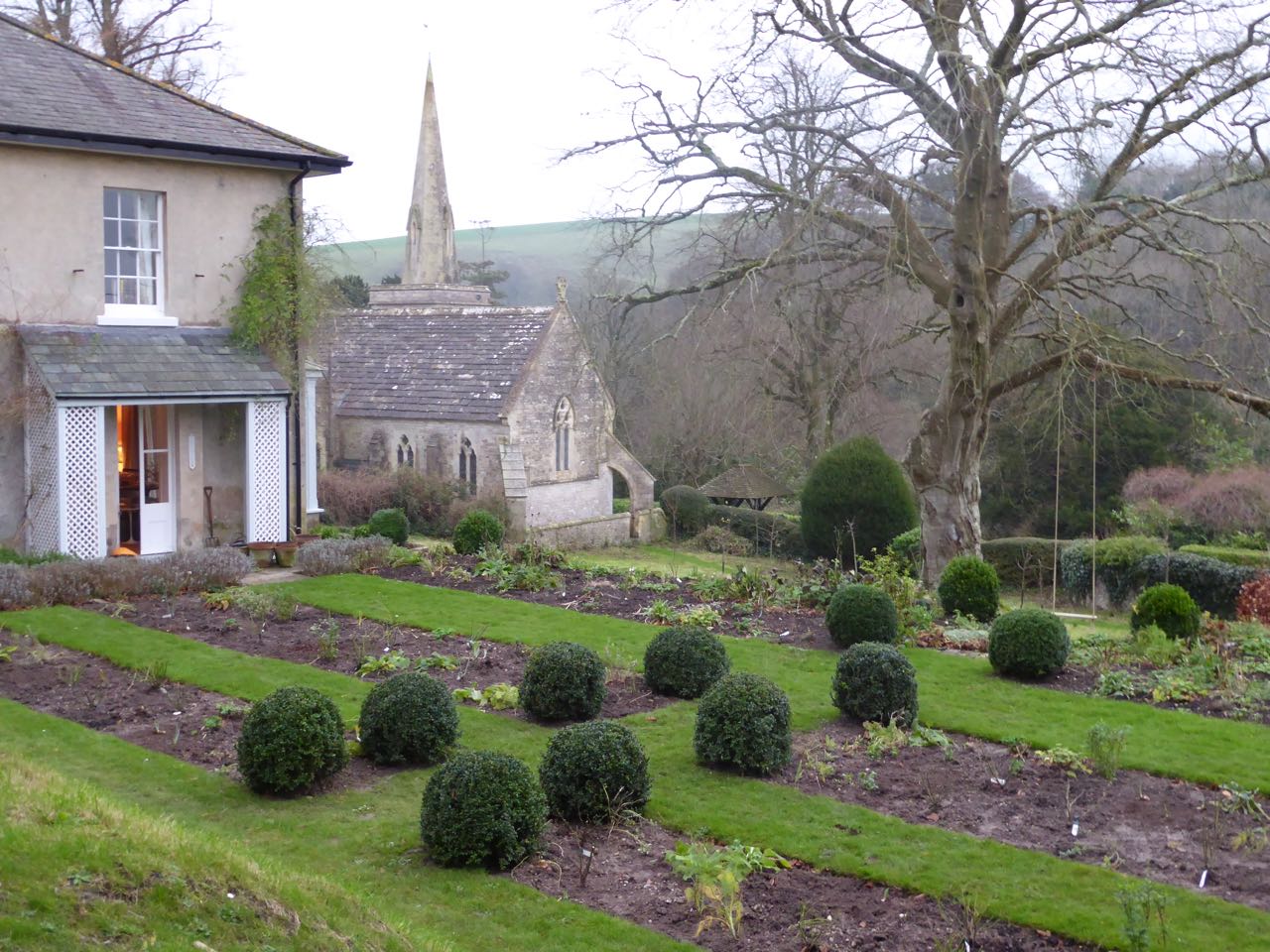 Primroses on the bank: 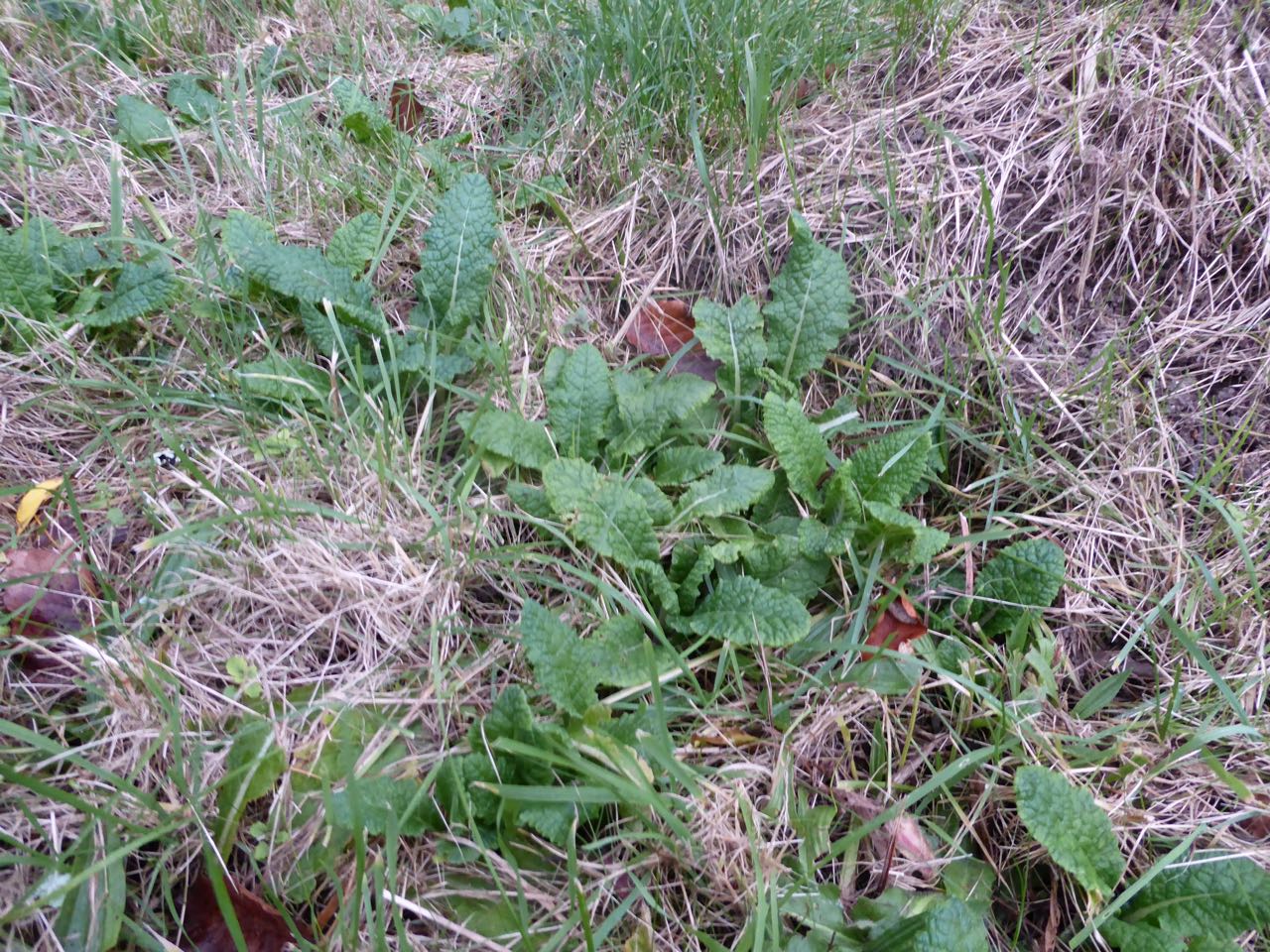 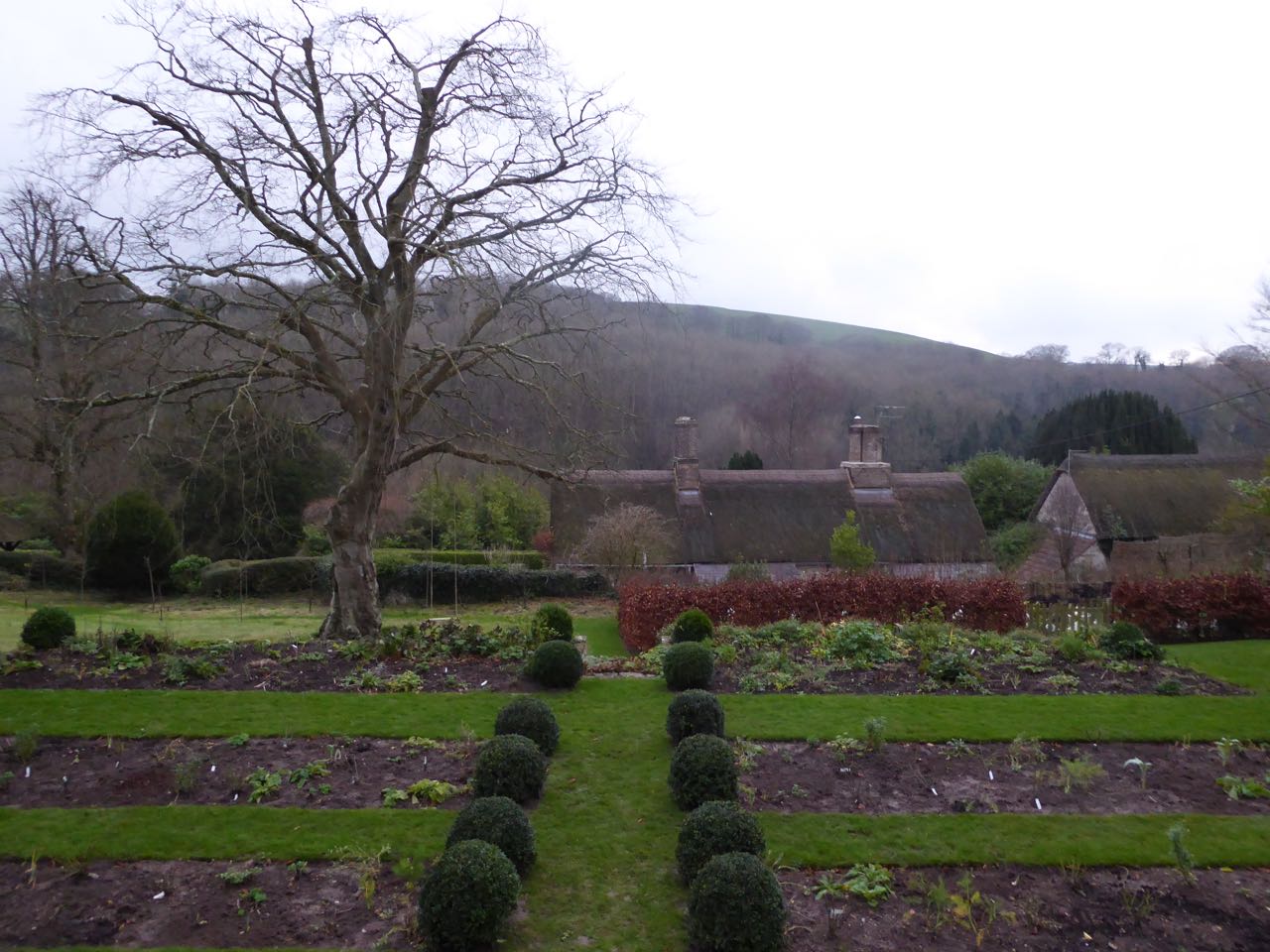 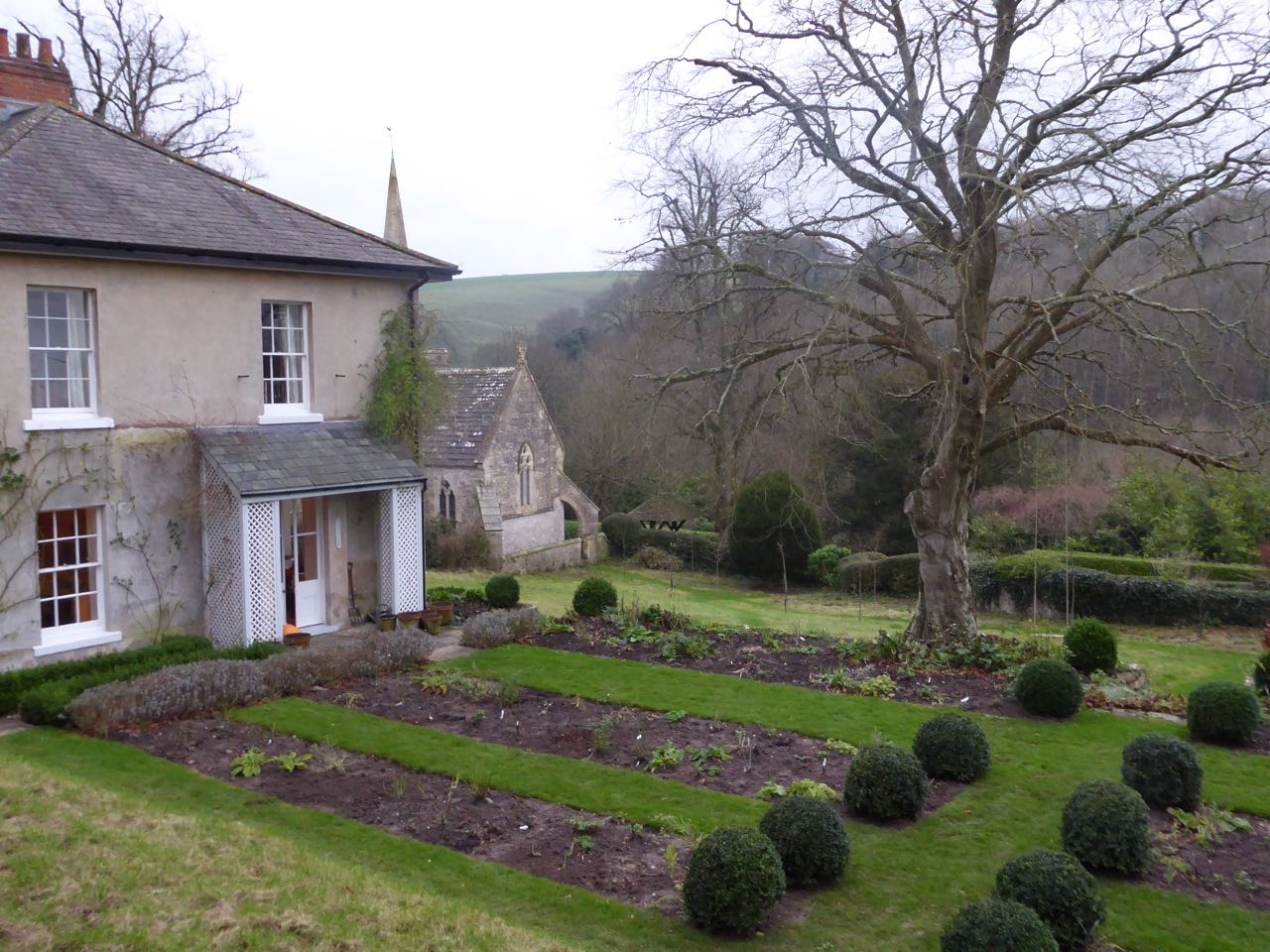 His veg garden is neat as a pin: 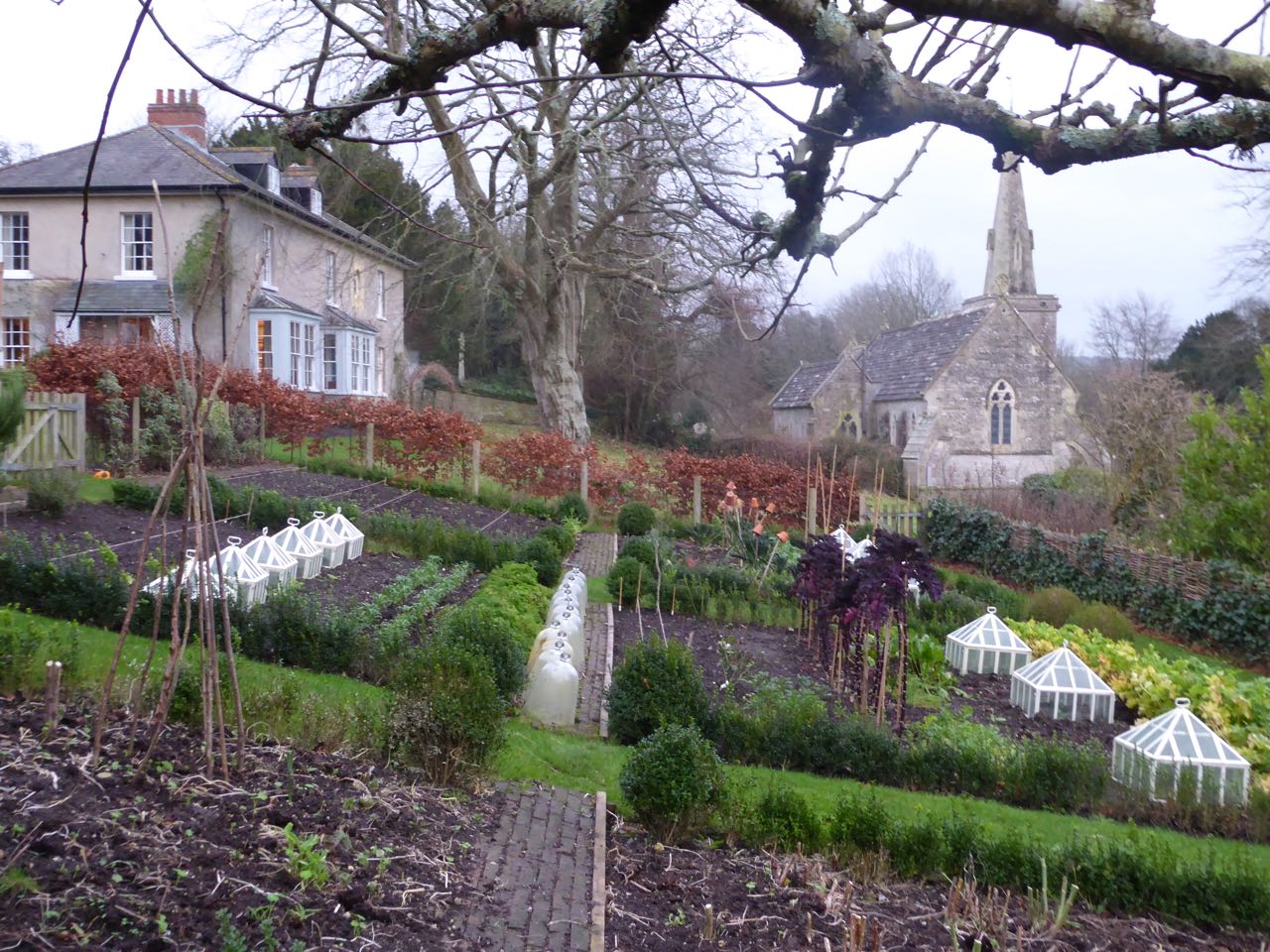 Rows of tulip bulbs are all planted: 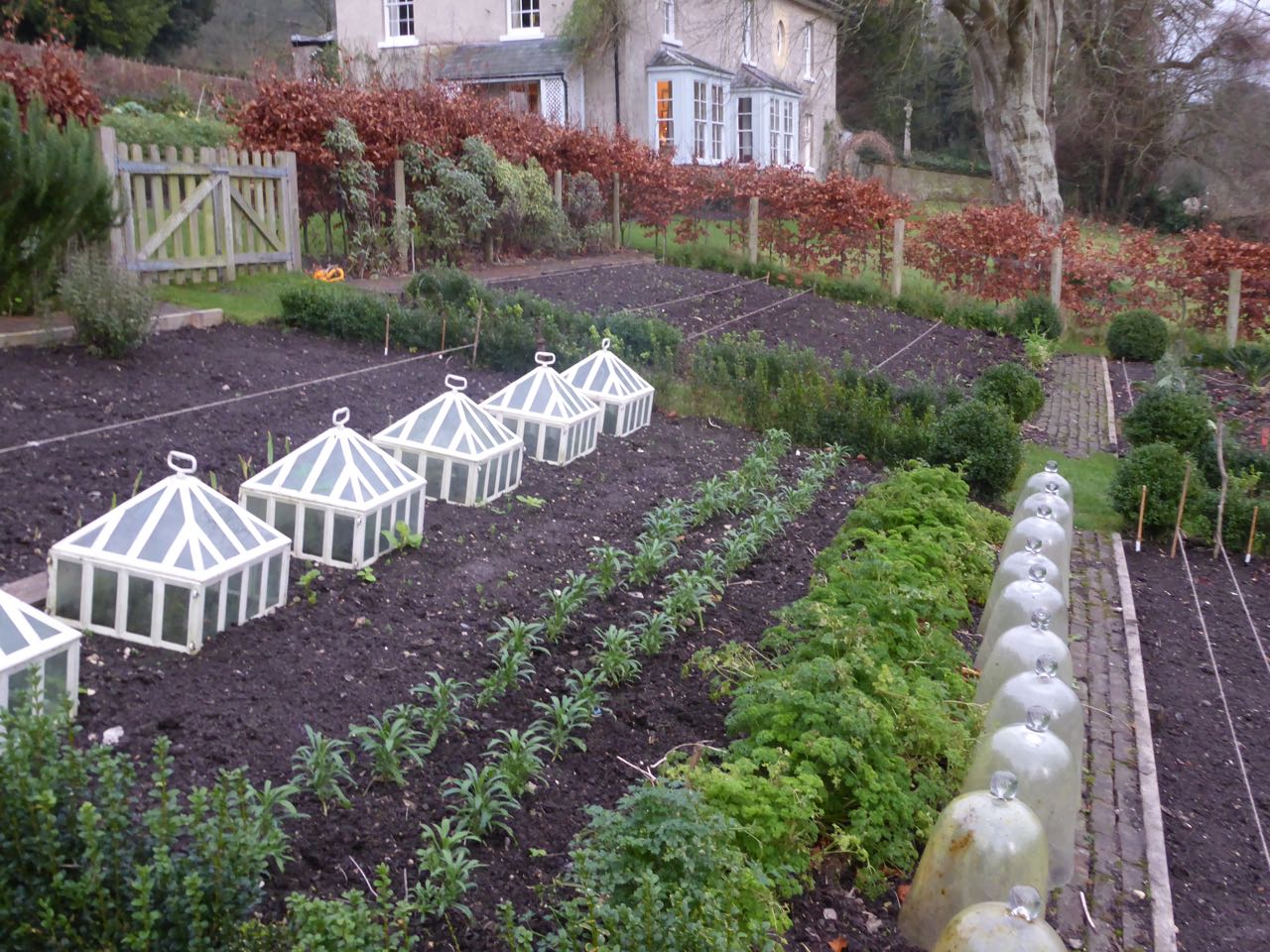 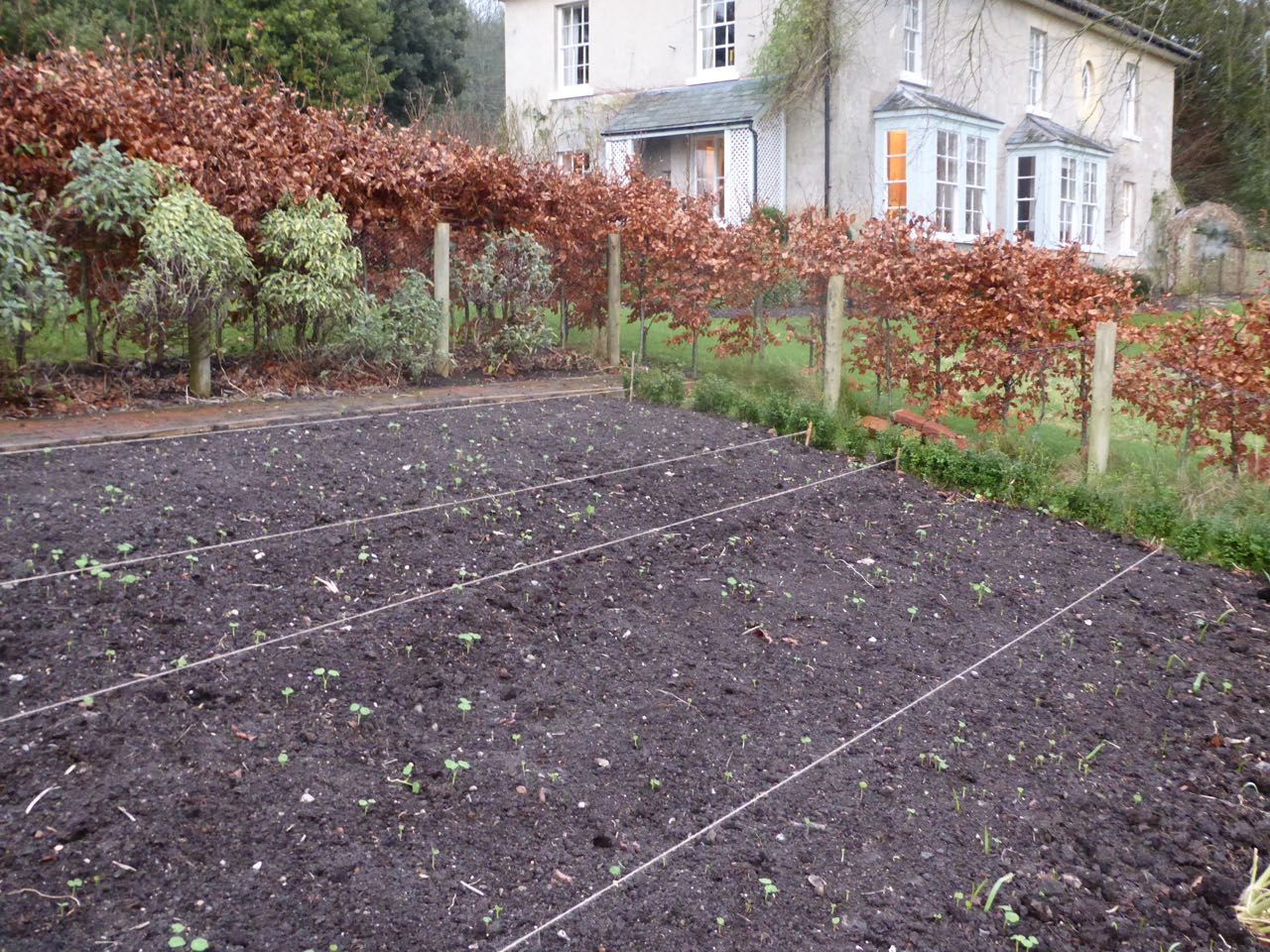 (those are nasturtium seedlings, which will probably have a rather short life one suspects).  But everything is in and ready to go.

I walked across the green to look at the fading light over the valley. However many times, however many days I look at this, I absolutely never tire of this view – which is ever-changing and utterly constant all at the same time. 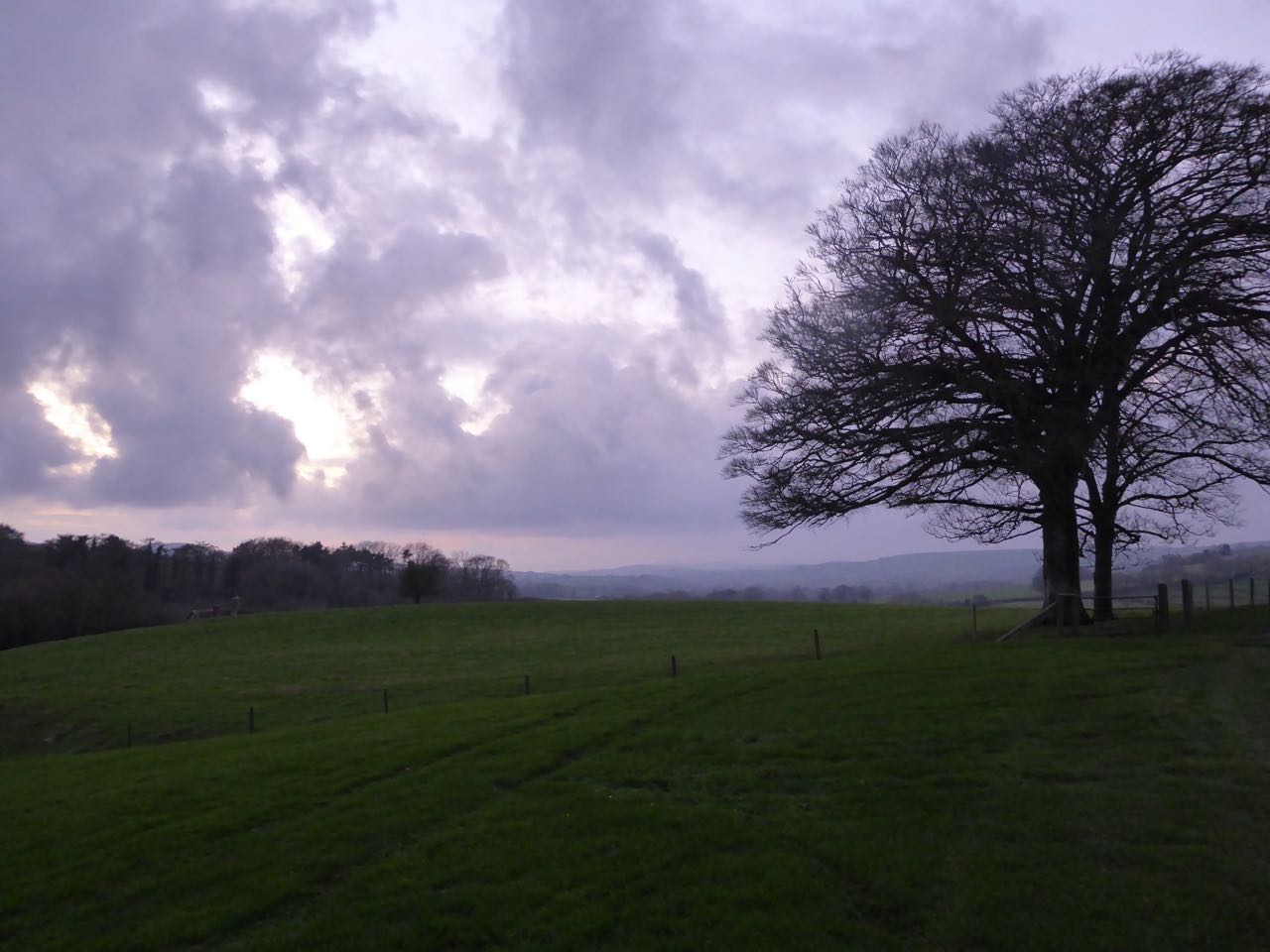 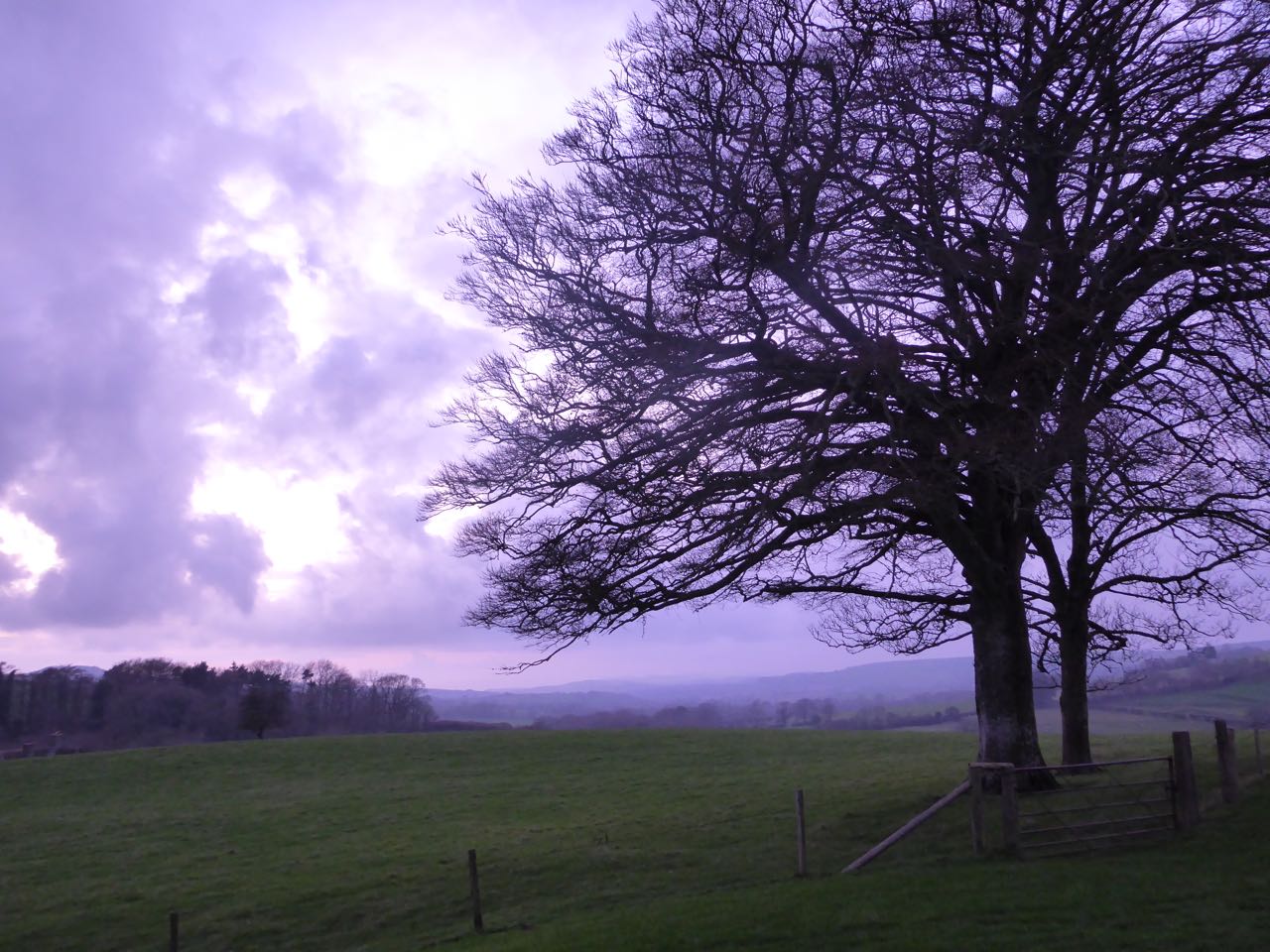 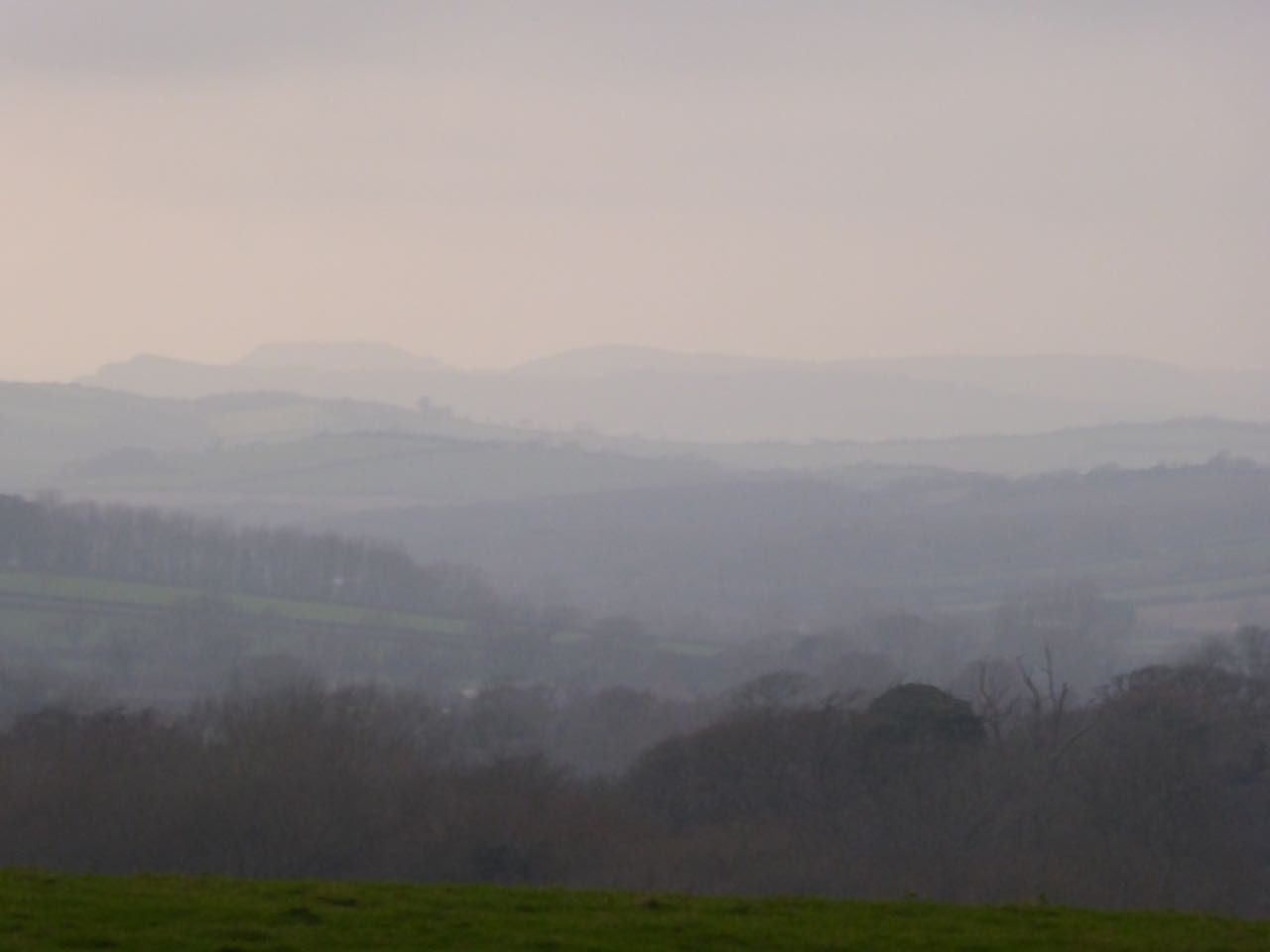 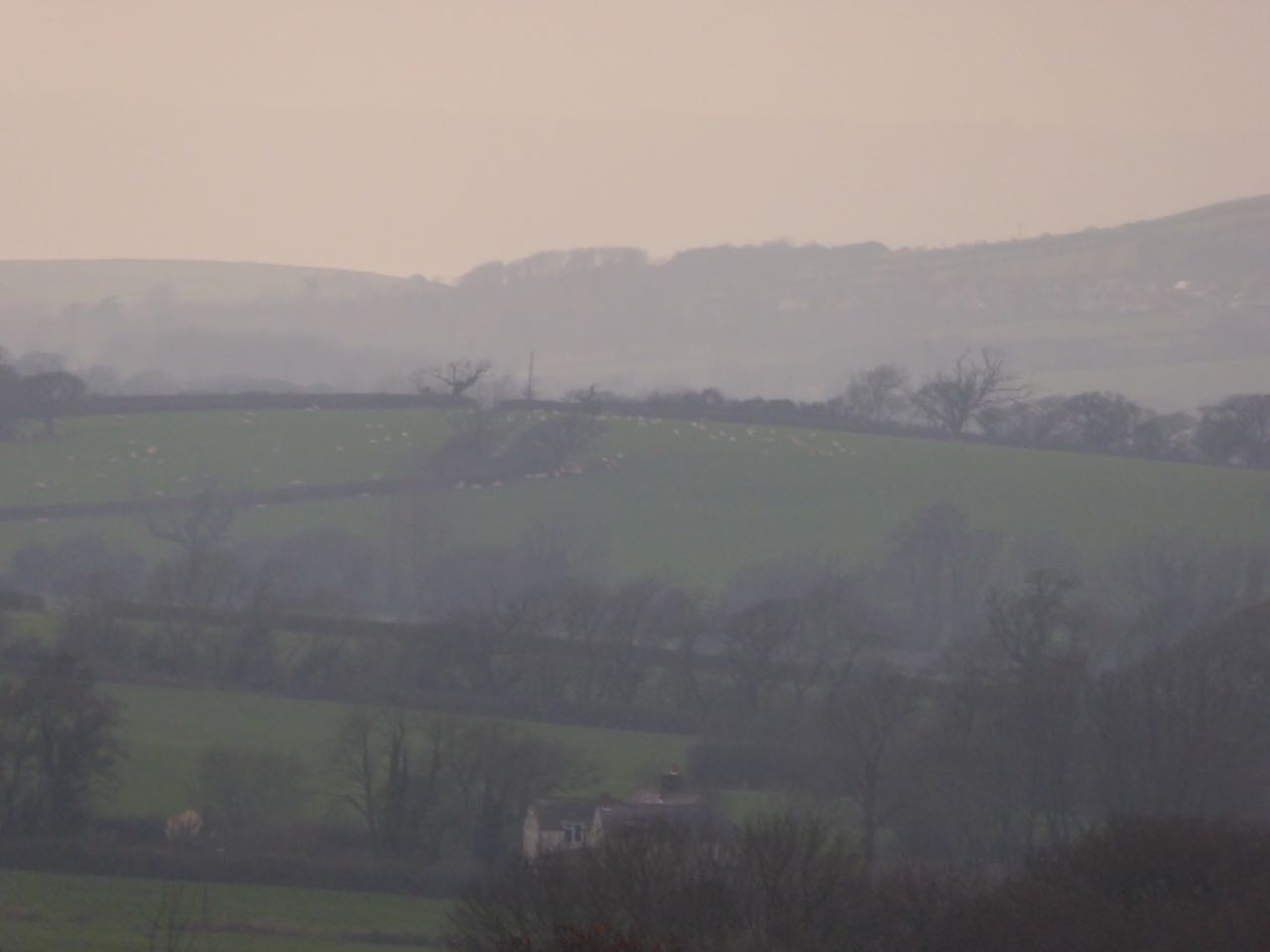 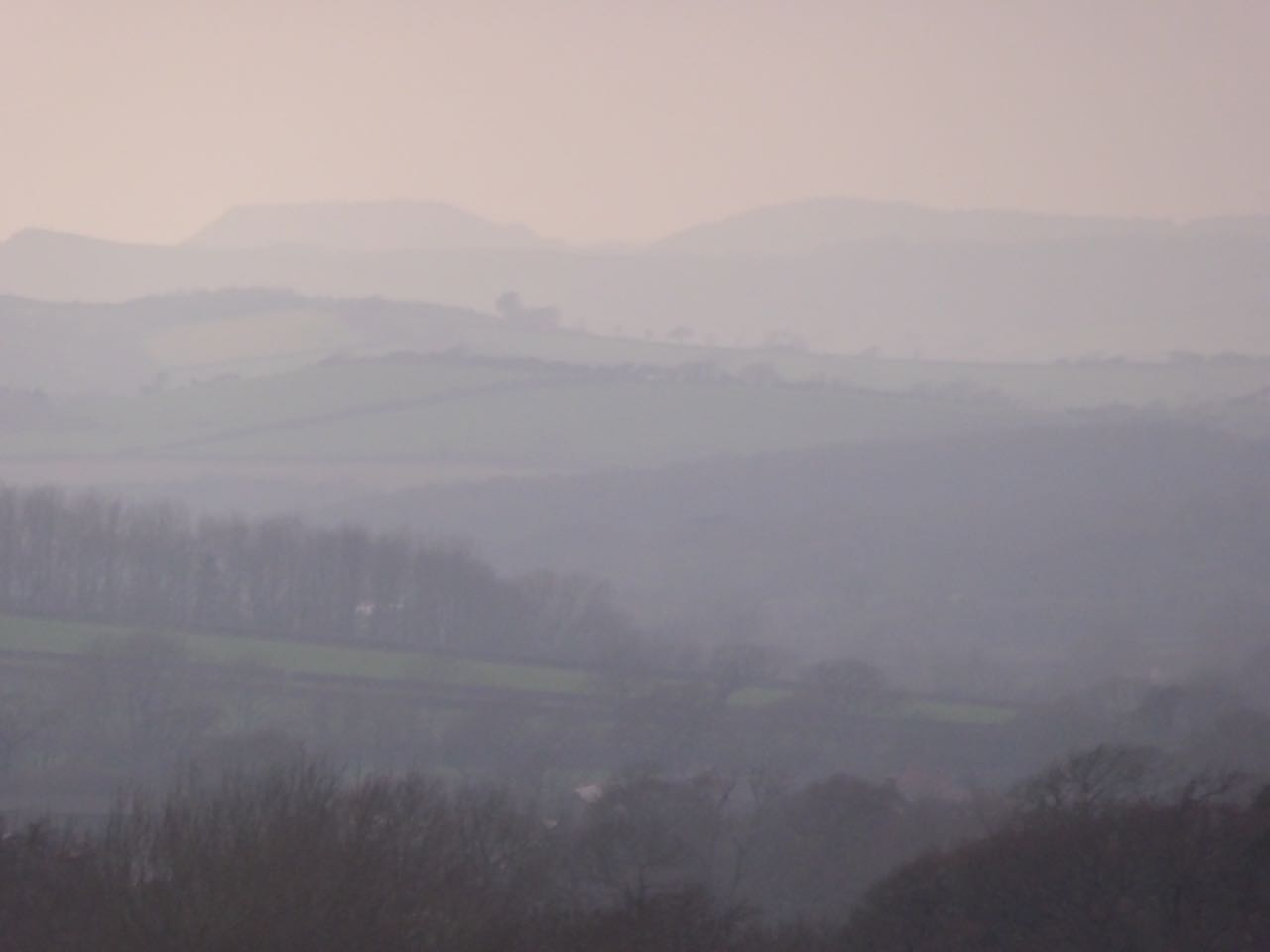 As the light fell, and evening settled in, the little house seemed very content indeed with all the changes that have been taking place. When I was a child, I had a book that had been my Dad’s when he was a boy, in the 1930s, in Australia. One of its stories was about a little house which could quite definitely feel happy and sad, depending on what was going on around and about.  One of these days when I am next at home I’ll try and dig it out. 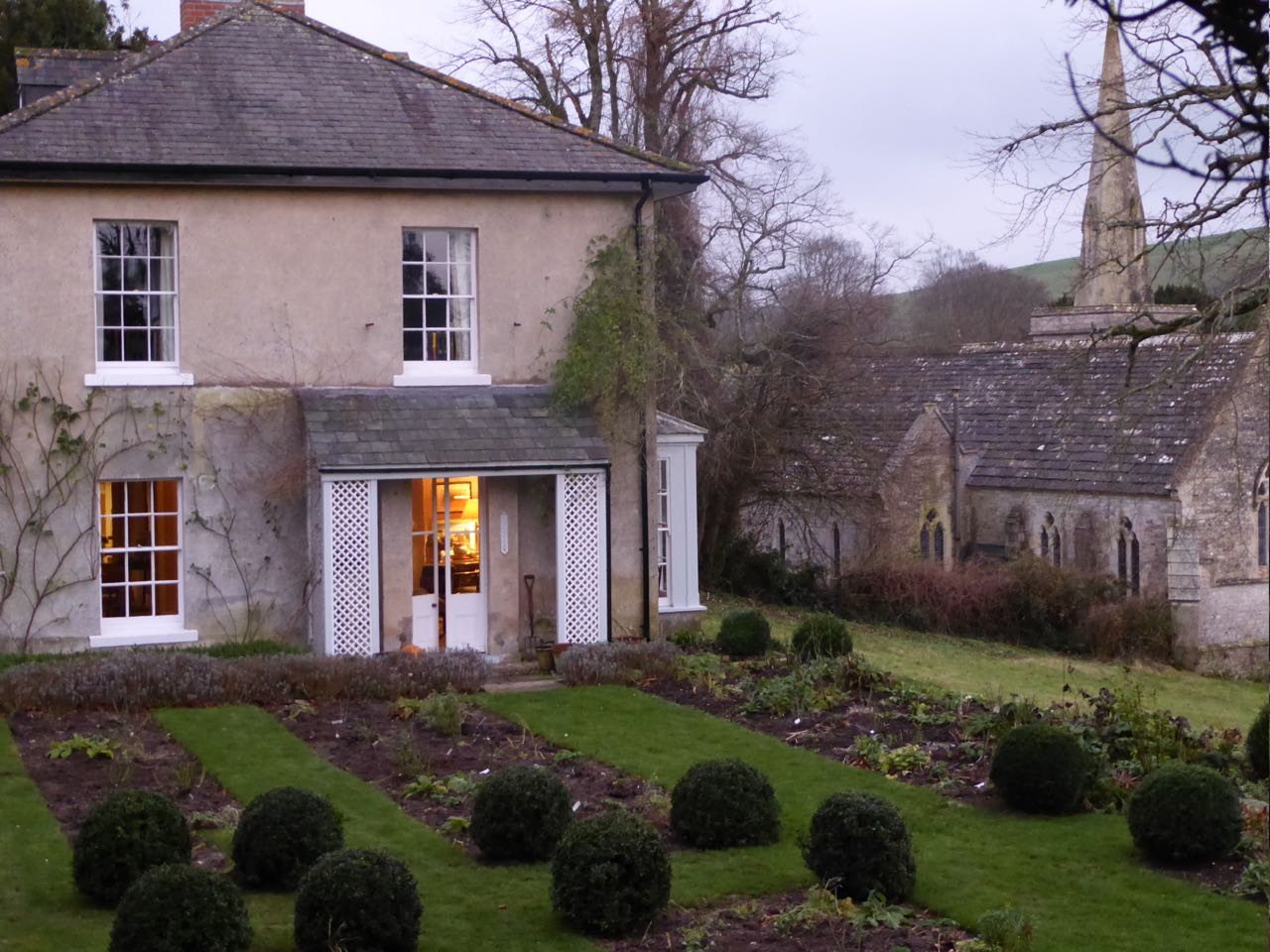 I’d say the Parsonage was smiling this evening.

Have a really great lead-up to Christmas wherever you are, wherever you are going. What a year 2015 has been. I’m not quite sure when I’ll next be posting – maybe in Los Angeles, maybe in New Zealand; maybe when we are home in the New Year. Either way – have a great holiday.

Bridie and I would just really like to thank so many of your for all your support this year. It’s so great to have so many loyal readers, and I can’t say how much I enjoy reading comments on a blog or two, especially when controversy reigns. Thank you too, especially, for your custom in the shop itself, either in your visits to Lambs Conduit and Rugby Streets, in our little corner of London, or into the website from where we send parcels literally around the world these days.  Without the shop none of this could all happen, and it’s great to report that it has been a good year for Pentreath & Hall.  We truly are very grateful.  Have a wonderful Christmas and New Year, if I don’t get a chance to say it again.

We are recruiting for a new interior decorator in the office, for which you can read the job profile here (by following the link and scrolling down the page).  We will also be recruiting for new architects early in the New Year.  Please bear this in mind if part of your holiday is to write a New Year Resolution saying “GET A FAB NEW JOB”.  Thanks!  Ben 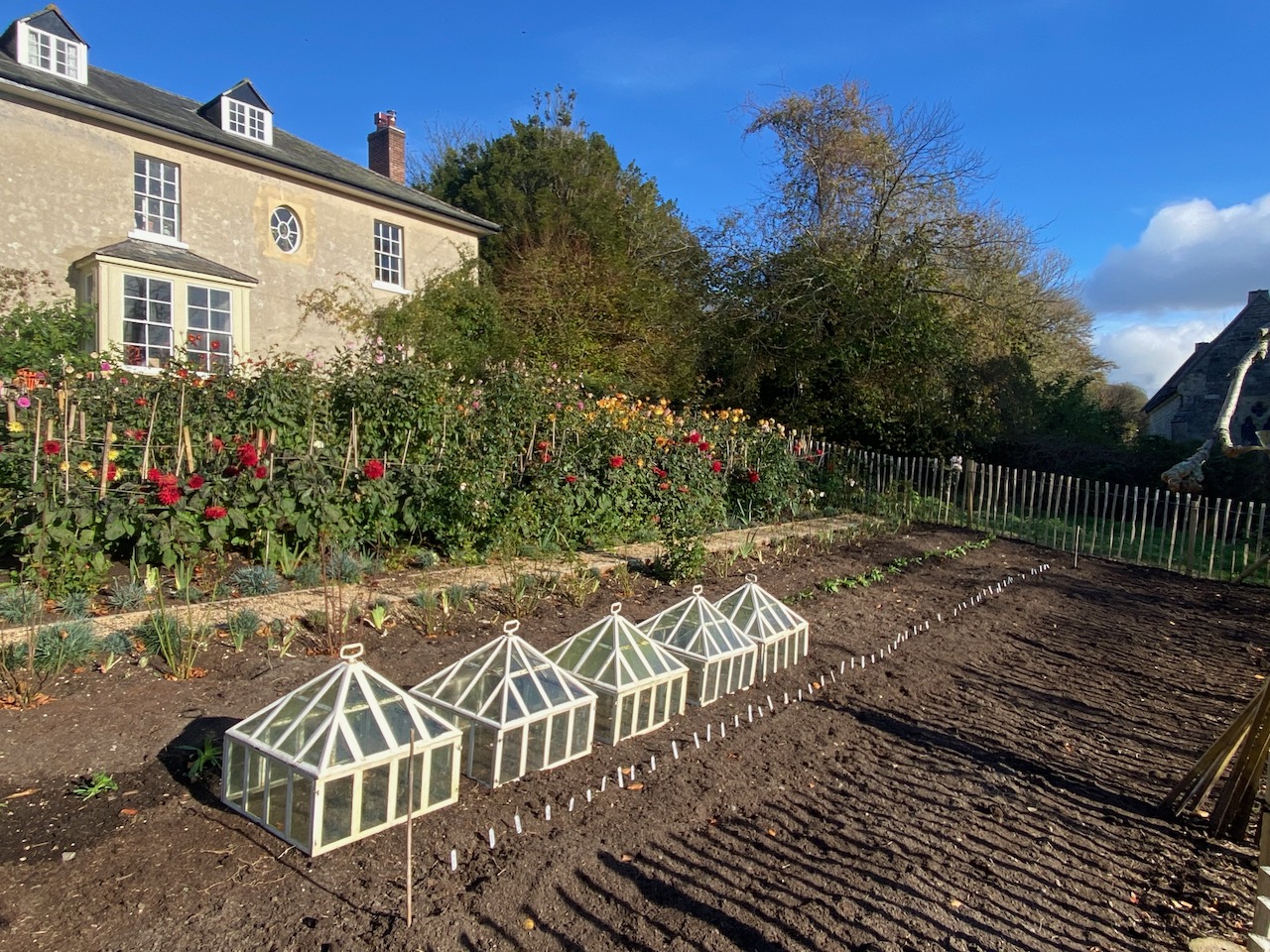