Something old, something blue…

A little while ago, I found a sad old chair in a junk auction, falling to bits and covered in a revolting greasy chintz. Not very encouraging, but there was something about its shape, length and line that I liked. (I’m afraid I don’t have any before photos).

So, I bought it for a couple of hundred quid and took it down to Dorset where it spent the winter getting cold and damp.

Eventually this spring I got around to sending the chair to my brilliant upholsterer, Fiona Edmunds, based down in Dorset. She has done the most beautiful job restoring the chair – which turned out, for a start, to be an original Howard & Co with the original ticking underneath.

I was not sure what to upholster it in and then thought of my friend Max Rollitt, of yellow sofa fame. Max dyes old French hemp towels & sheets to recover his chairs. And I decided upon his blue nana – a beautiful, fine blue hemp.

A small detail that would appeal to any readers who have the initials E.L. or A.P.  As you may recall, those old French sheets are nearly always embroidered. I could have hidden the letters but Fi and I decided it would be nice to keep that little piece of history alive…

Here are some photos of the new blue chair at the Parsonage… looking quite at home, I think.  It’s probably the most comfortable thing I have ever sat in. 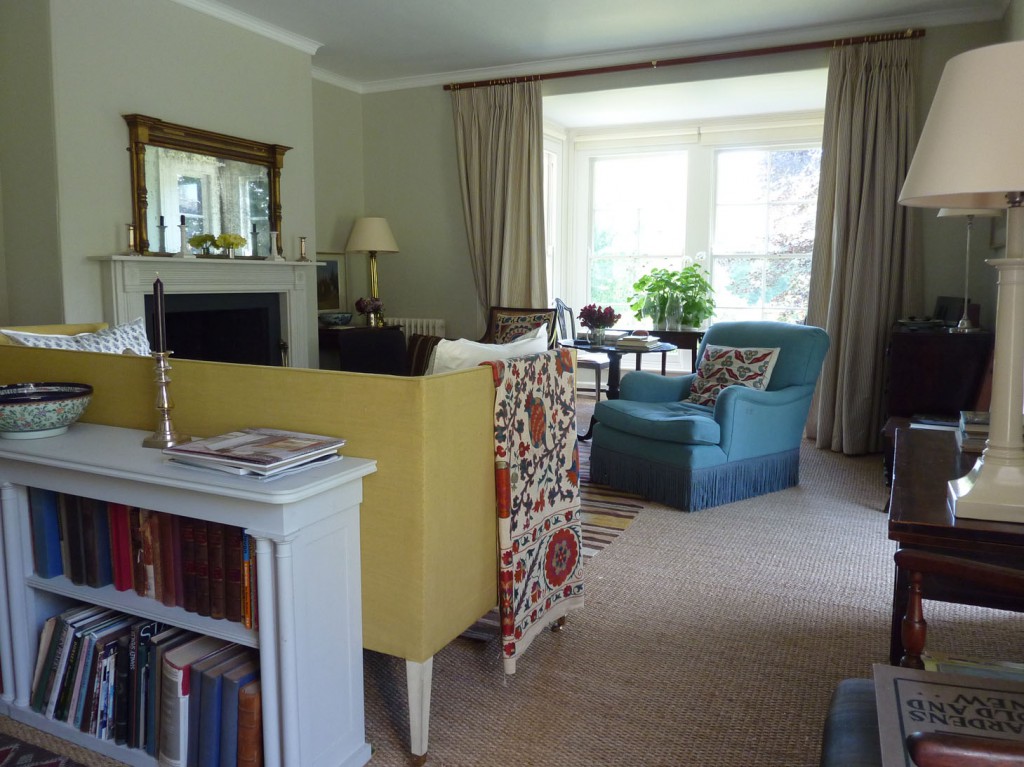 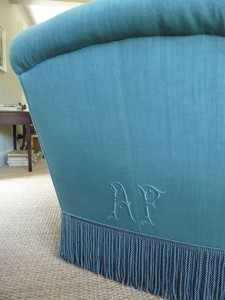 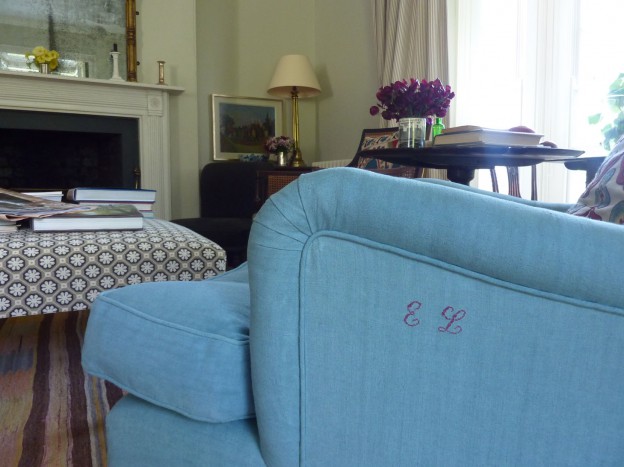 The post Something old, something blue… appeared first on Ben Pentreath Inspiration.