In the early days of the shop we had a few of David Mitchell’s ‘Play on Words’ prints for sale and had always talked about something bigger, ‘an exhibition!’ we all cried, life went on.

Life went on in the way that we all got on with our work and became better and more confident at what we were doing. With David, this was his printmaking. Last year David came to the shop to tell us he was ready, that it was time for a show, and that we were to put a date in the diary. And it is with this workroom profile that I introduce to you the print maker David Mitchell and invite you to join us to celebrate the opening of his exhibition at Pentreath & Hall on the evening of Thursday 23rd April.

I had been very much looking forward to visiting David’s home and workspace for some time. To find out more about his work and how he came to become a print maker, as an 84 year old retired music teacher it is something he picked up relatively recently, I couldn’t wait to hear his story. 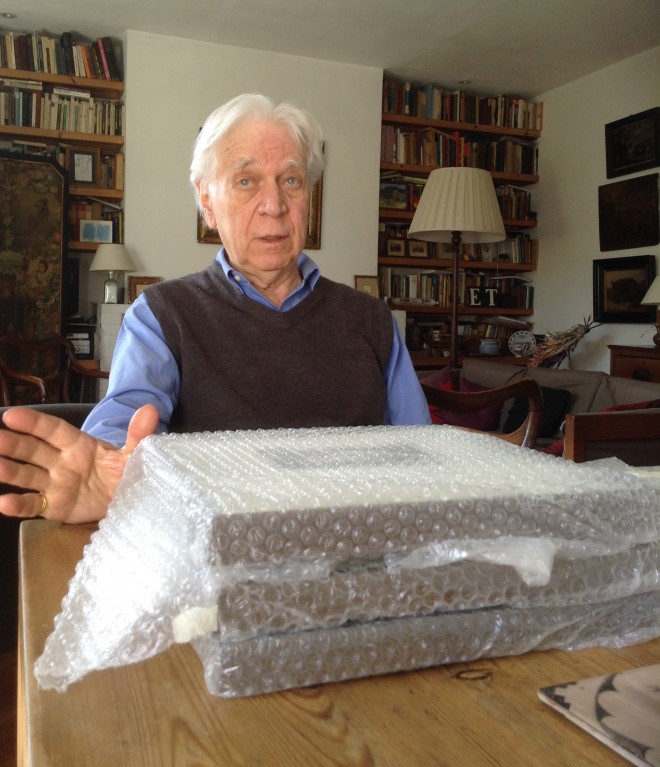 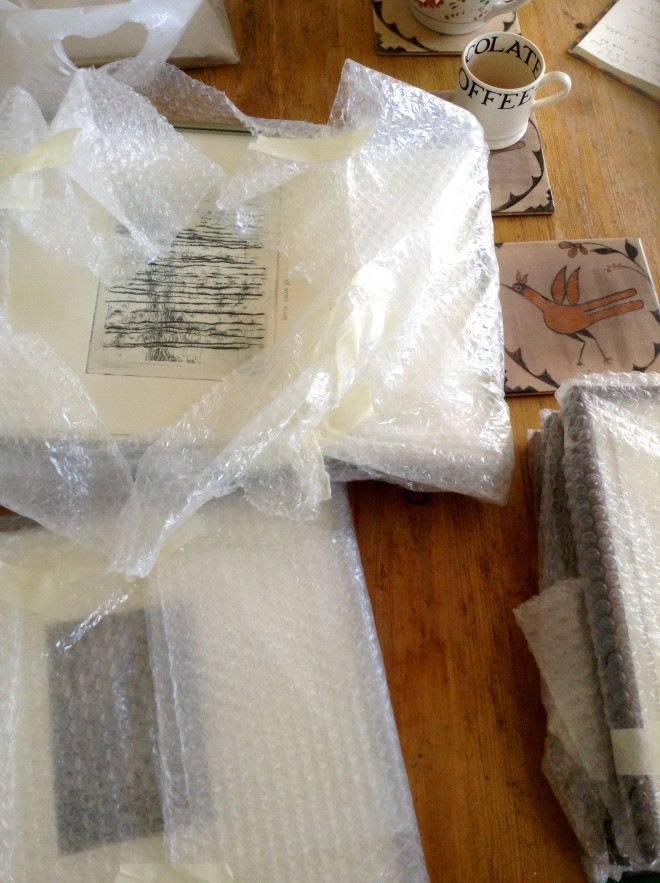 For as long as I have known him, David has always struck me as a dynamic and progressive individual, open to all of the world and its quirkiness. Unstoppable in his inquisitiveness and energy to learn and see and do new things – how many 84 year olds have you heard of having their first solo exhibition in London?

When I asked David to tell me about himself we went way back to the beginning, giving me a glimpse into a golden era.

Born in Hampstead to a Russian-Jewish antique dealer father and Cornish mother, he considered himself an only child from a huge family. He had three, much older sisters, so that by the time David came along they were all rather getting on with their own lives but they spoiled David rotten. His parents both did considerably well for themselves and the family flourished in London before the war. They continued to prosper in London during the war as well and David had a brief spell out in South Africa, staying with a sister until it ended. Back in London he was sent to a progressive school called King Alfred’s during a time he considers the heyday of child-centred, democratic, autonomous education. “We made all the rules, the first thing we did was get rid of all the rules. It gave me a lifelong taste of independence and rule breaking which has served me well.”

It was an exciting time, the war had ended, there was a socialist government and new things were happening. After a year at Cambridge, studying music he left. Then, having been called up to do his National Service, as a conscientious objector David spent his time as a orderly at the Trade Union Hospital in Hampstead. It proved to be an eye opening education for him; a young man from a nice family in Hampstead, meeting working men who came from all over the country with their industrial injuries, having done things David had never known about. All this time his creative drive was music. Writing, playing and singing.

A second attempt at university saw him dabble in anthropology, not quite right. It was a curious time of being able to get by on very little money, living was cheap and jobs were easy to come by, David worked in interesting bookshops and galleries and had a pleasant time doing this for a decade or so until the call to study music at the London University could no longer be ignored. Completing his music degree he began teaching at the Inner London Education Schools “The great independent education system, before Thatcher came and tore it to shreds.”

By this time David was living with his partner – David, they’d met a year earlier at the Cuba Missile Demonstration in 1962!

David continued to teach music and eventually became the Head of Music at a nice school in Belsize Park, which he loved, and he stayed there for 22 years.

“ By my 50’s I’d stopped writing so much music and started working in visual art. Throughout my 50’s and 60’s I would draw at our little cottage in Norfolk. That went on until I retired about 12 years ago. I knew I wouldn’t be good at having no structure in my life so I thought I’d do a foundation year at the City Lit. I had NO IDEA how demanding it was going to be! So many expectations took me by surprise but it was thrilling and printmaking grabbed me. I considered an MA but thought better of it.”

Instead, David found Morley College where, up until recently, he was able to pick the brains of recently retired‘ technical genius’ Frank Connelly. It was a better idea for him as it is so open and supportive to people working in many different ways. This where David’s printmaking production continues to develop. 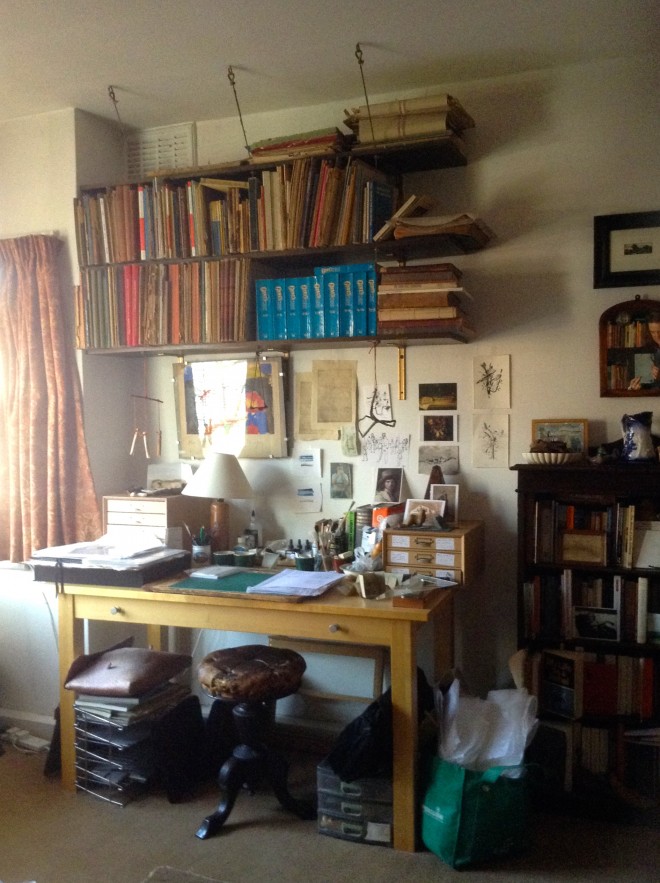 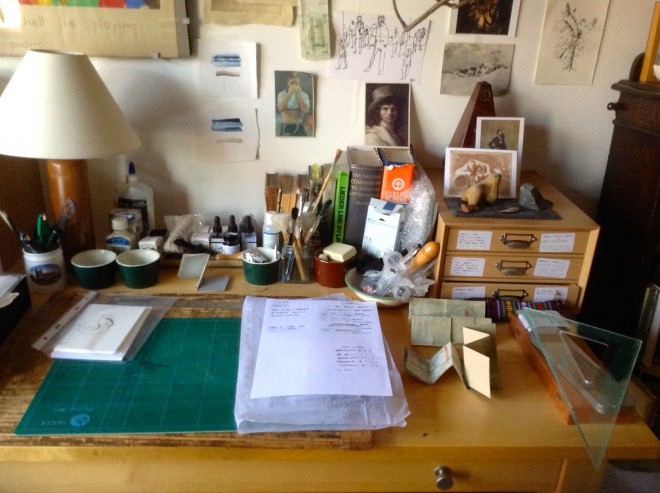 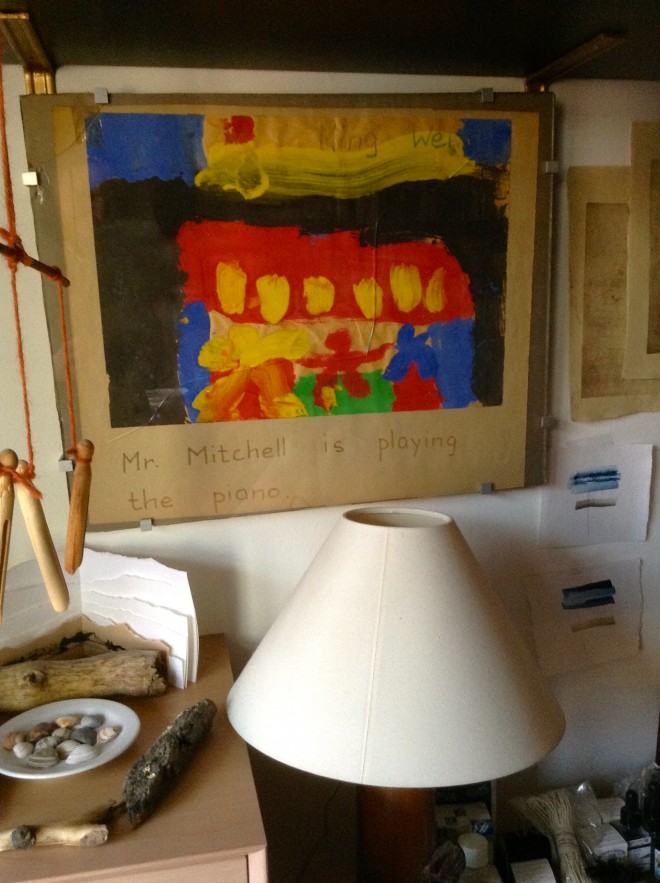 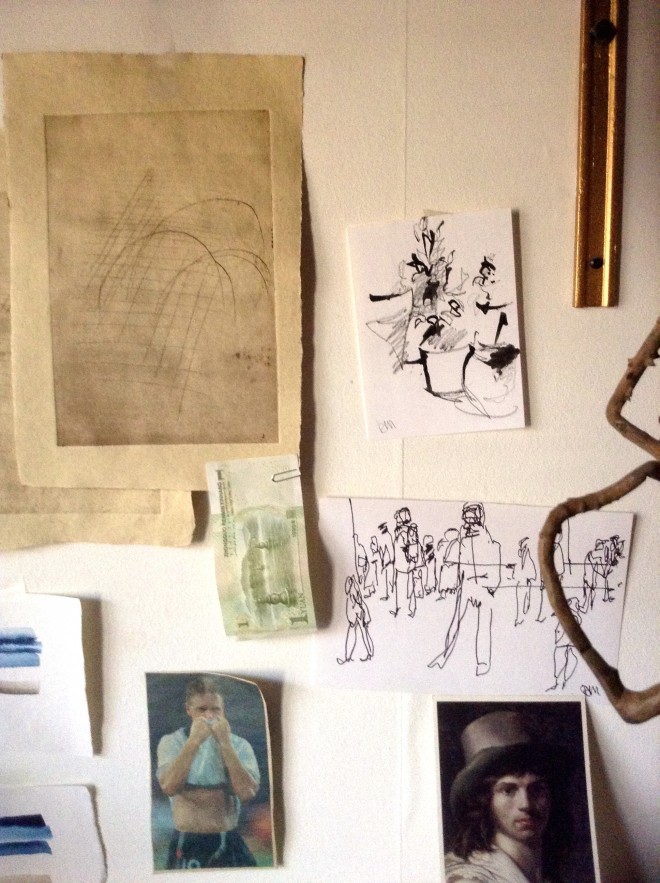 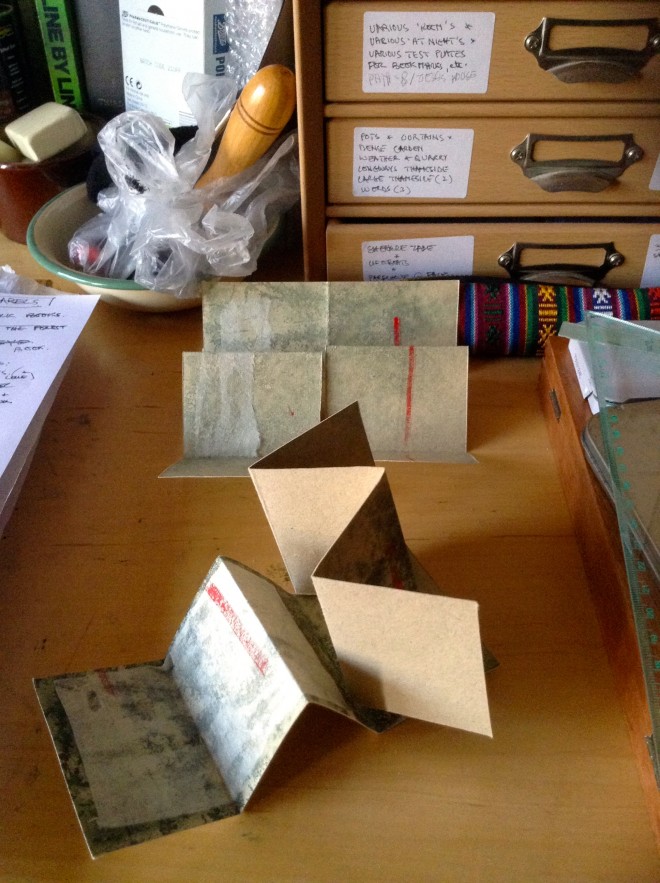 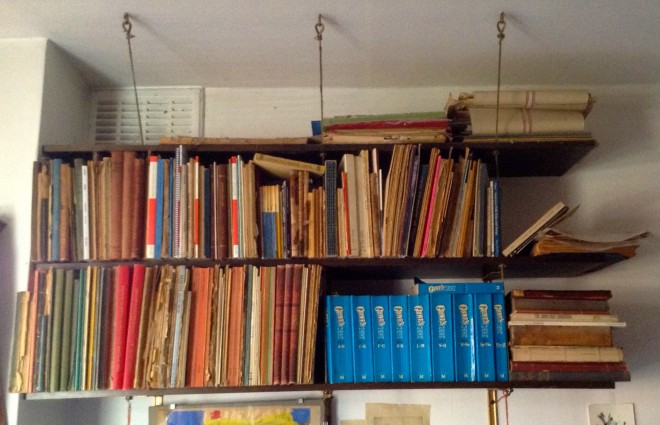 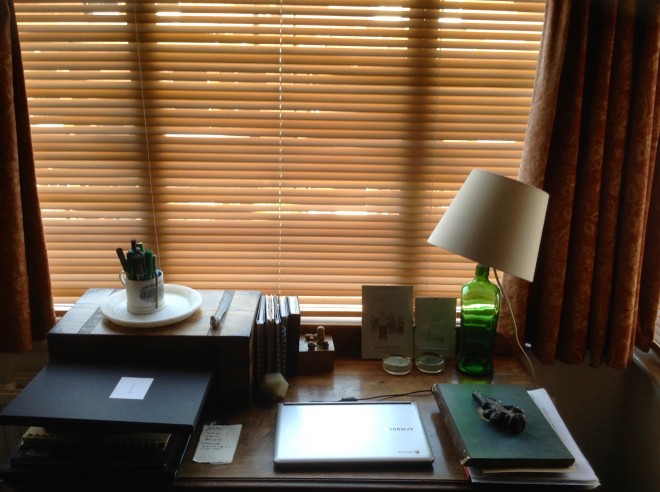 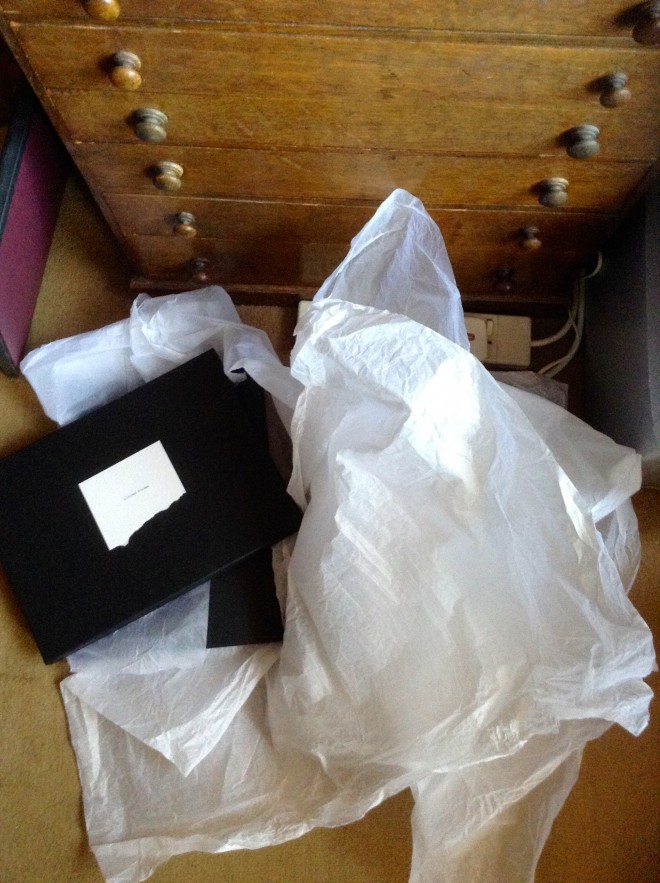 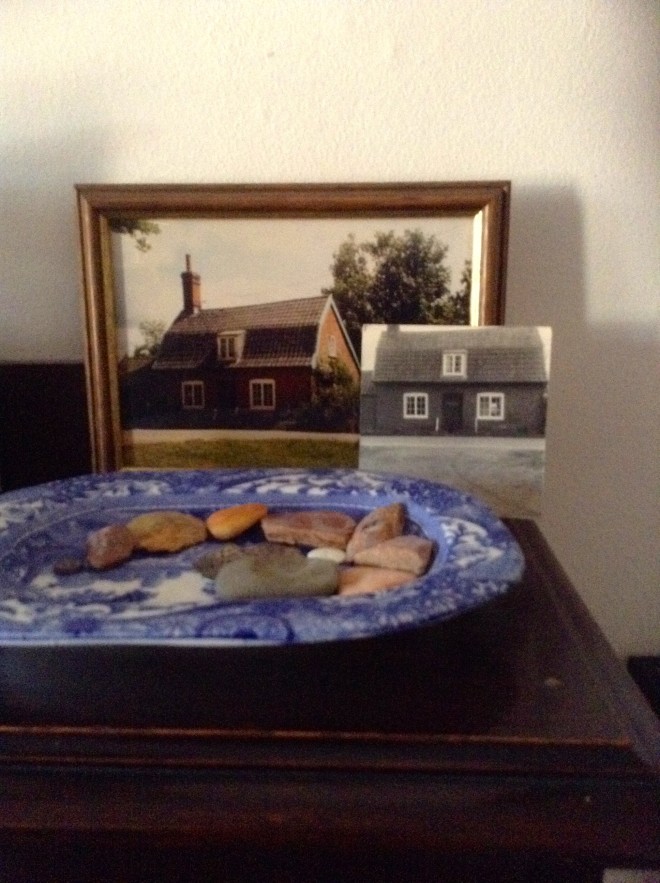 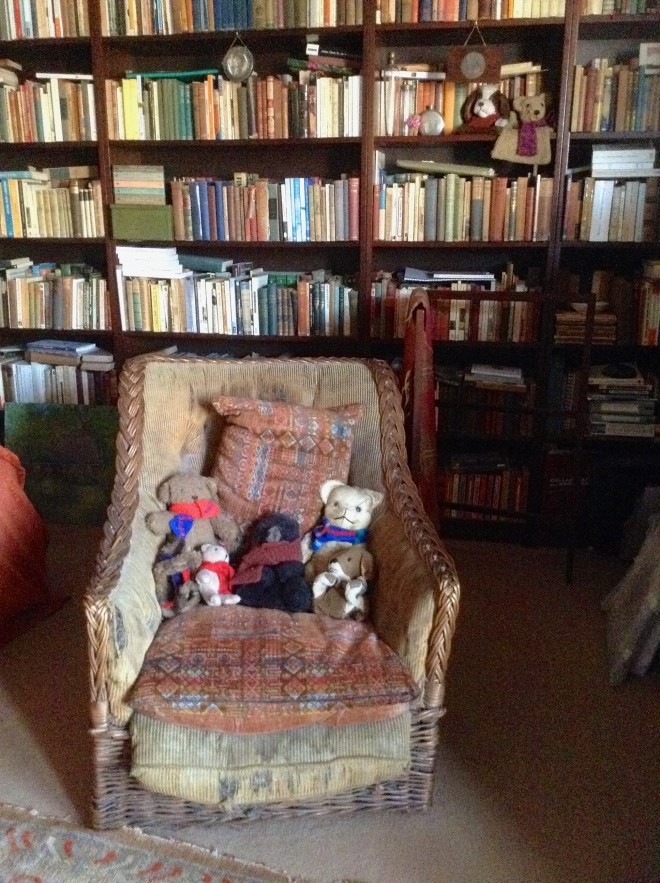 Most of the prints are photo etchings; some of those come from drawings that are always observational and all landscapes. “I’m a very bad photographer, I like to take pictures and turn them into photo etchings. I’m not a great user of colour, I like monochrome a lot, I feel comfortable with it. During the process of making a photo etching you can play at altering the image. I like to dry point and aqua tint.” From these landscapes come David’s rather playful abstractions which are as much about the mark making and techniques of print making as they are about their original source material.

A few years after the foundation course, David took an art book making course at the Mary Ward Centre, “I realised you could make very interesting structures using prints.” David now produces these along with his beautiful prints.

It is with great pleasure that we present David Mitchell’s ‘Works On Paper – a selling exhibition, featuring photo etchings and etchings of the landscapes of East Anglia and the Auvergne and a collection of art books.” 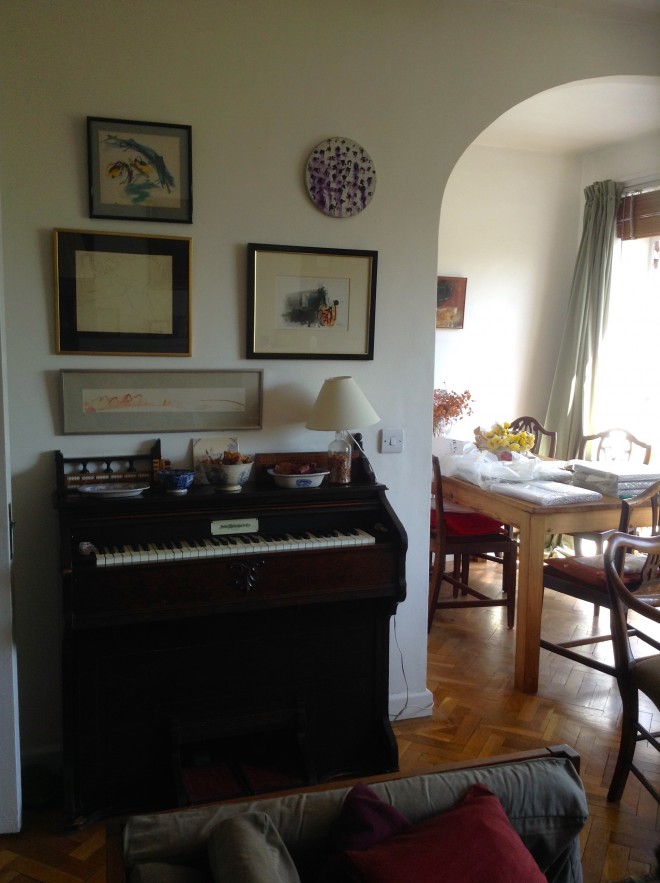 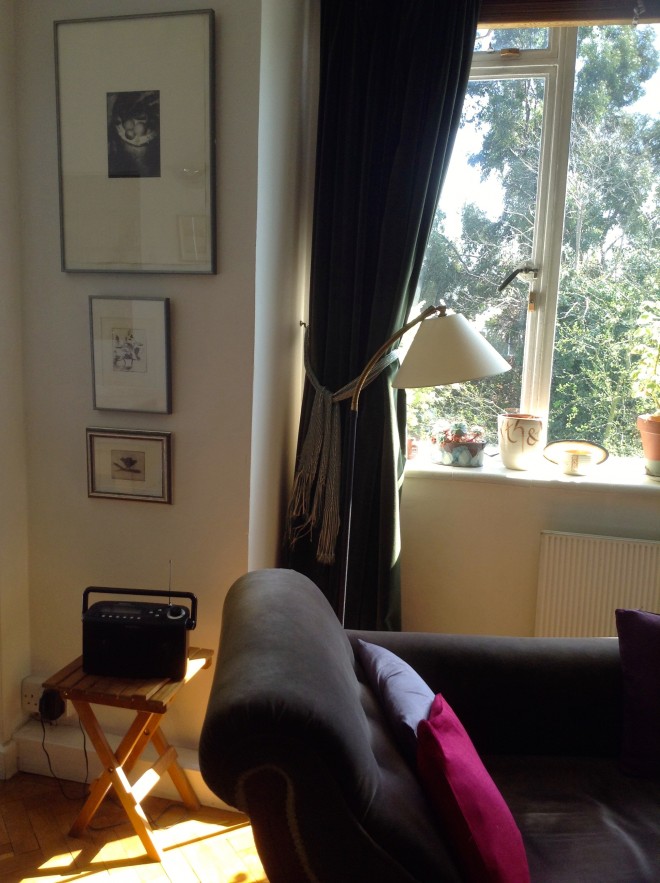 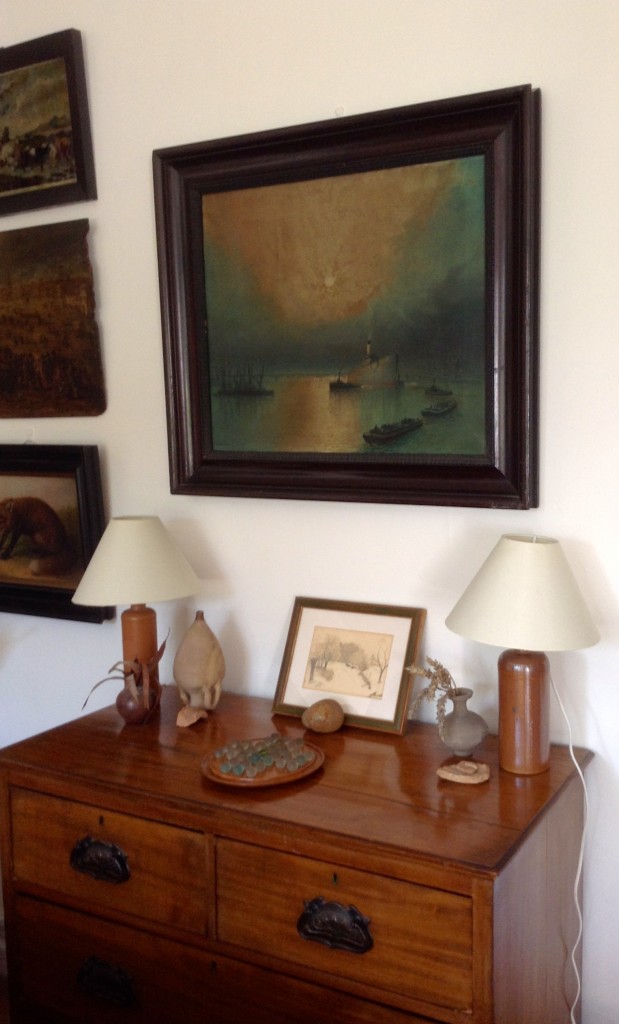 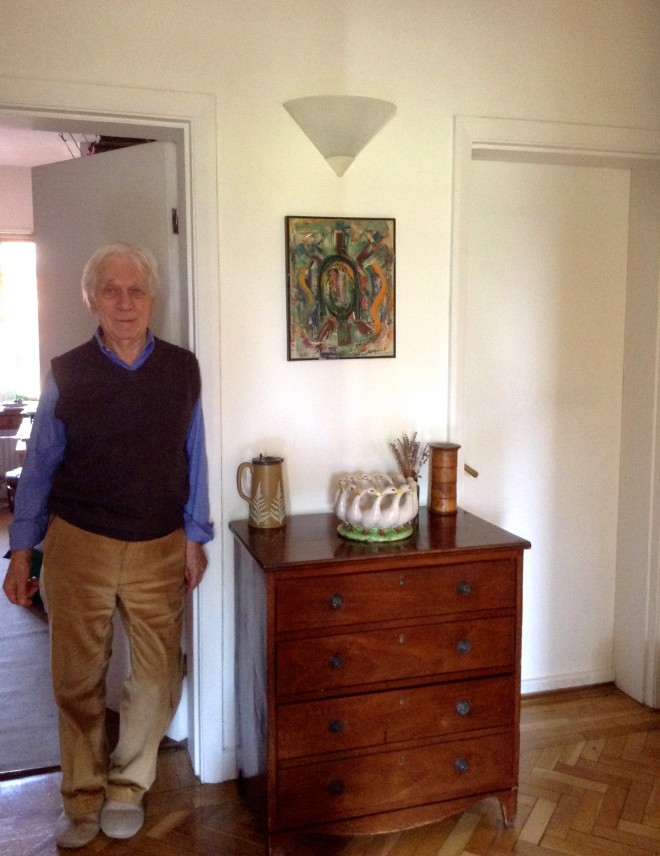 Join us for drinks on Thursday 23rd April 6:30pm – 9pm, as part of the Rugby Street ‘Best of British’ party.